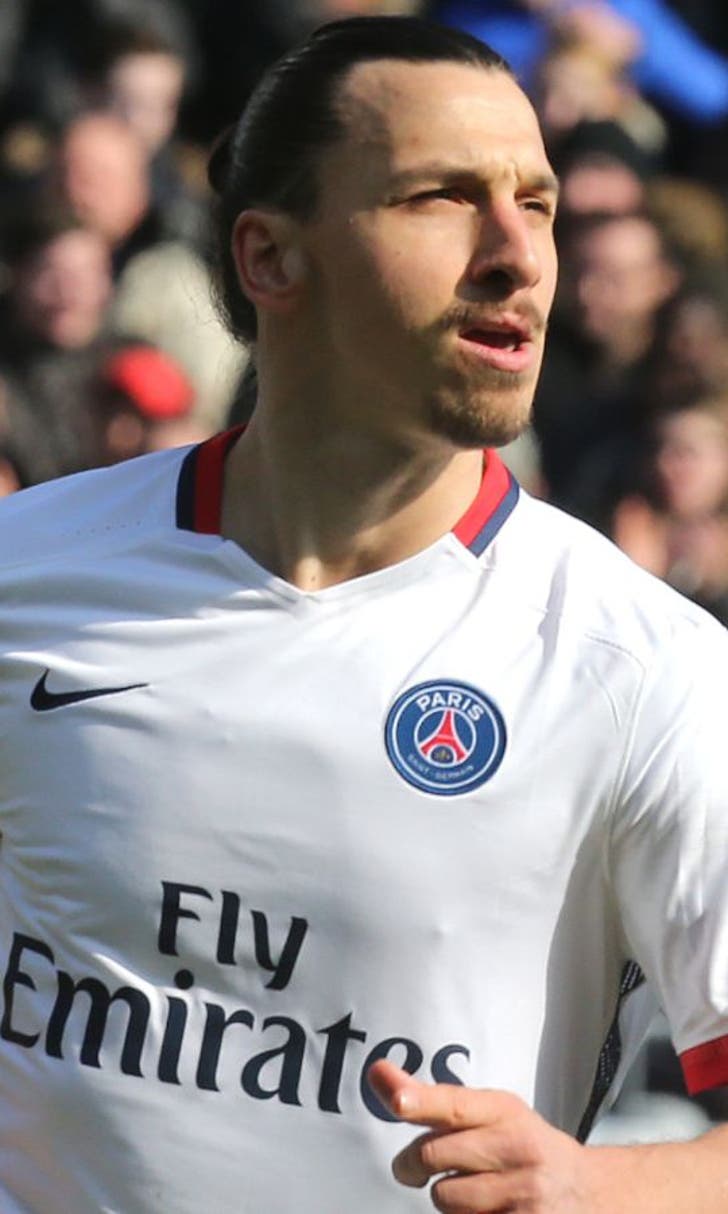 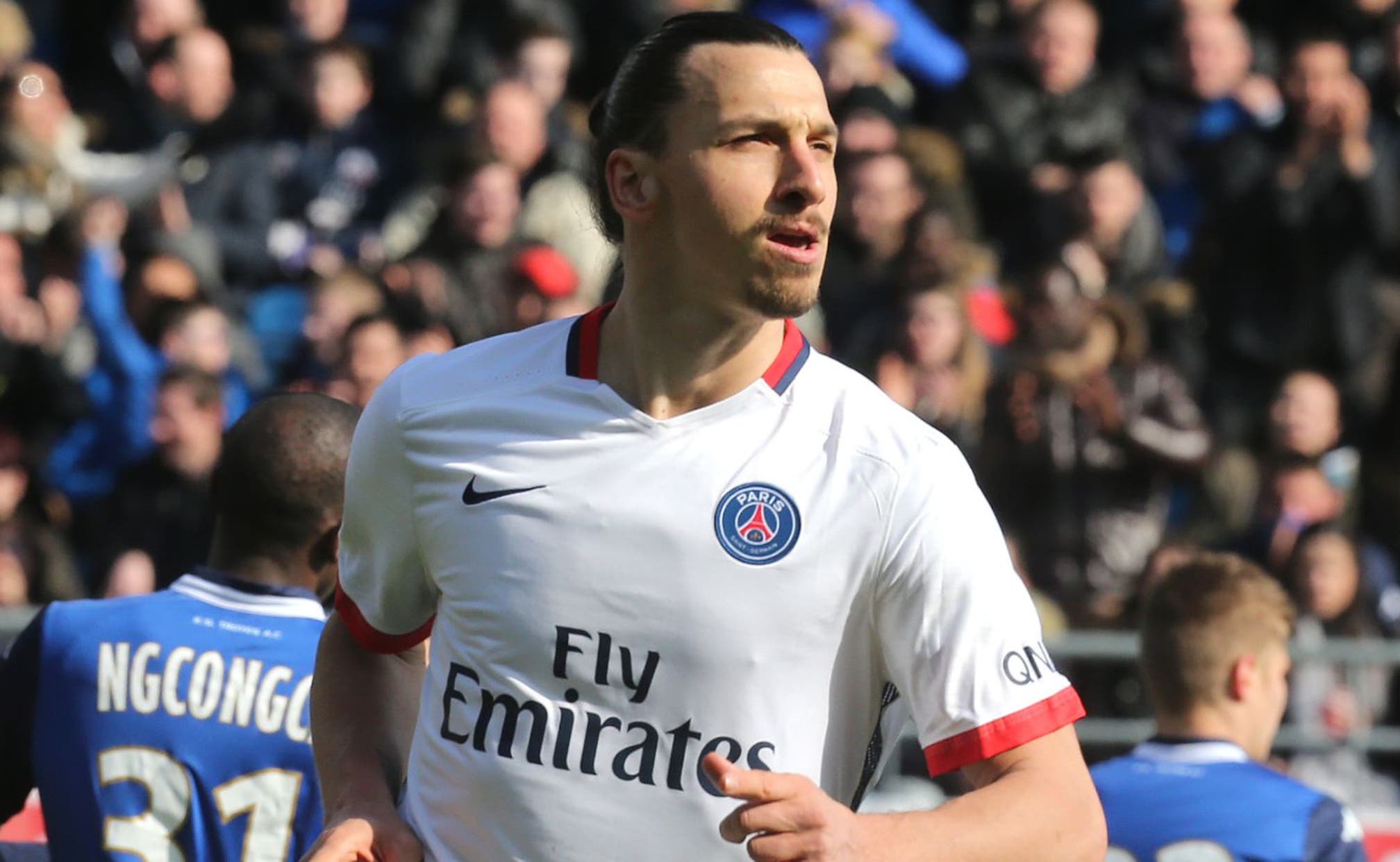 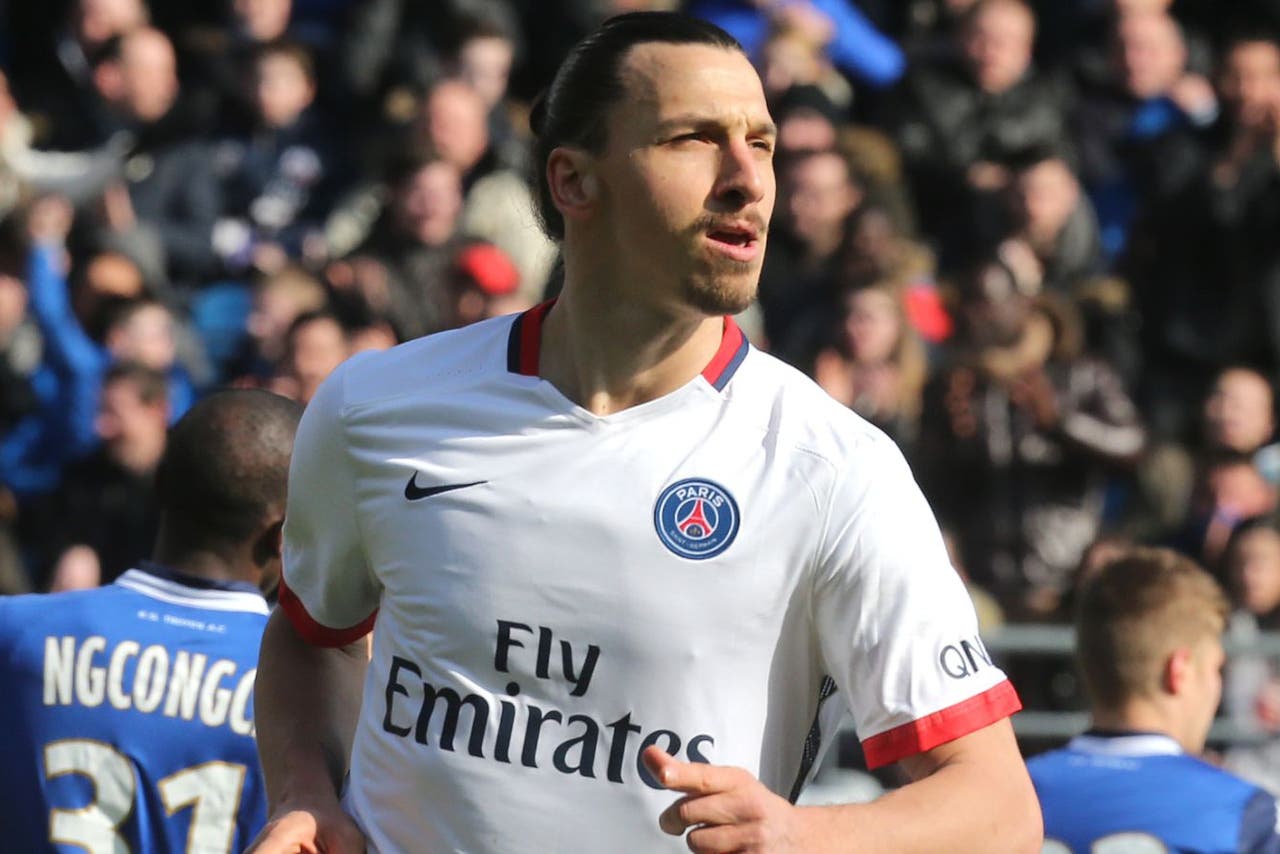 Forward Edinson Cavani scored twice, while midfielders Javier Pastore and Adrien Rabiot also scored and the other was an own goal.

PSG has lost just once this season -- away to Lyon last month -- and leads second-place Monaco by 25 points.

Cash-rich PSG, bankrolled by funds from Qatari investor QSI, has dominated so much that it has lost only once in any domestic competition over the past calendar year.

PSG is on course to defend its domestic treble and the club's astonishing goal difference of plus 62 -- 77 goals scored, 15 conceded -- is more than four times better than the next-best Lyon's.

Ibrahimovic leads the scoring charts with 27 league goals and is on track to beat his career best tally of 30 -- set three seasons ago with PSG. He is PSG's all-time leading scorer with 141 goals, including 102 in the league in just 115 games.

Monaco drew 2-2 at home to Reims on Friday night to hand the initiative to PSG, and it did not take long to put matters beyond doubt with three goals inside the first 20 minutes.

The first goal came in the 14th from an error by Troyes defender Matthieu Saunier, whose back pass landed at the feet of Cavani and he beat goalkeeper Matthieu Dreyer at the second attempt.

Four minutes later, Ibrahimovic brilliantly back-heeled the ball through the midfield to Pastore, who then dribbled past two defenders before expertly dinking the ball over Dreyer.

Rabiot stroked home into an empty net a minute later after Cavani's shot was saved.

Ibrahimovic had been occasionally frustrated in the first half, but set matters straight with a hat trick inside 11 minutes in the second half.

One minute after the restart, he controlled a pass on the edge of the area, held off a defender and slammed the ball low past Dreyer.

He was celebrating again on 52 minutes, volleying in a cross from winger Angel di Maria from an awkward angle for 5-0.

His next was even better as he met left back Layvin Kurzawa's cross from the left with a first-time swerving shot into the right corner from the edge of the penalty area.

Ibrahimovic would have tapped in a fourth goal with 30 minutes left, but Saunier beat him to it as he turned Kurzawa's cross into his own net, earning a sympathetic pat on the head from the imposing Ibrahimovic.

After Troyes defender Lossemy Karaboue was sent off for hauling down Cavani, the Uruguay striker scored at the second attempt after his penalty was saved.

Ibrahimovic ran onto a pass and finished confidently in the 88th and Brazilian winger Lucas missed a chance for 10-0.

PSG has won six French titles altogether, but this was by far the easiest.

The club has only been tested in Europe, where it lost 1-0 away to Real Madrid in the group stages for its only other defeat this season.

PSG now needs to turn its domestic dominance into European success as it prepares for the Champions League quarterfinals.

Coach Laurent Blanc's side at least has plenty of time to prepare for the first leg next month.