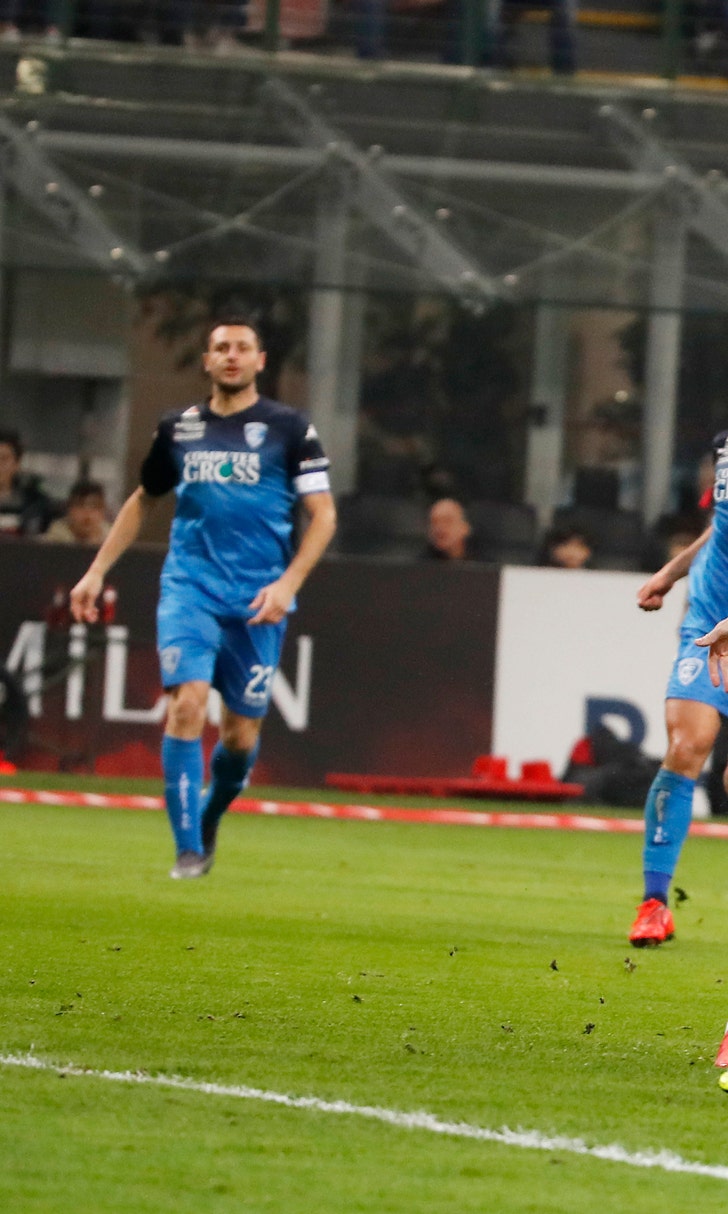 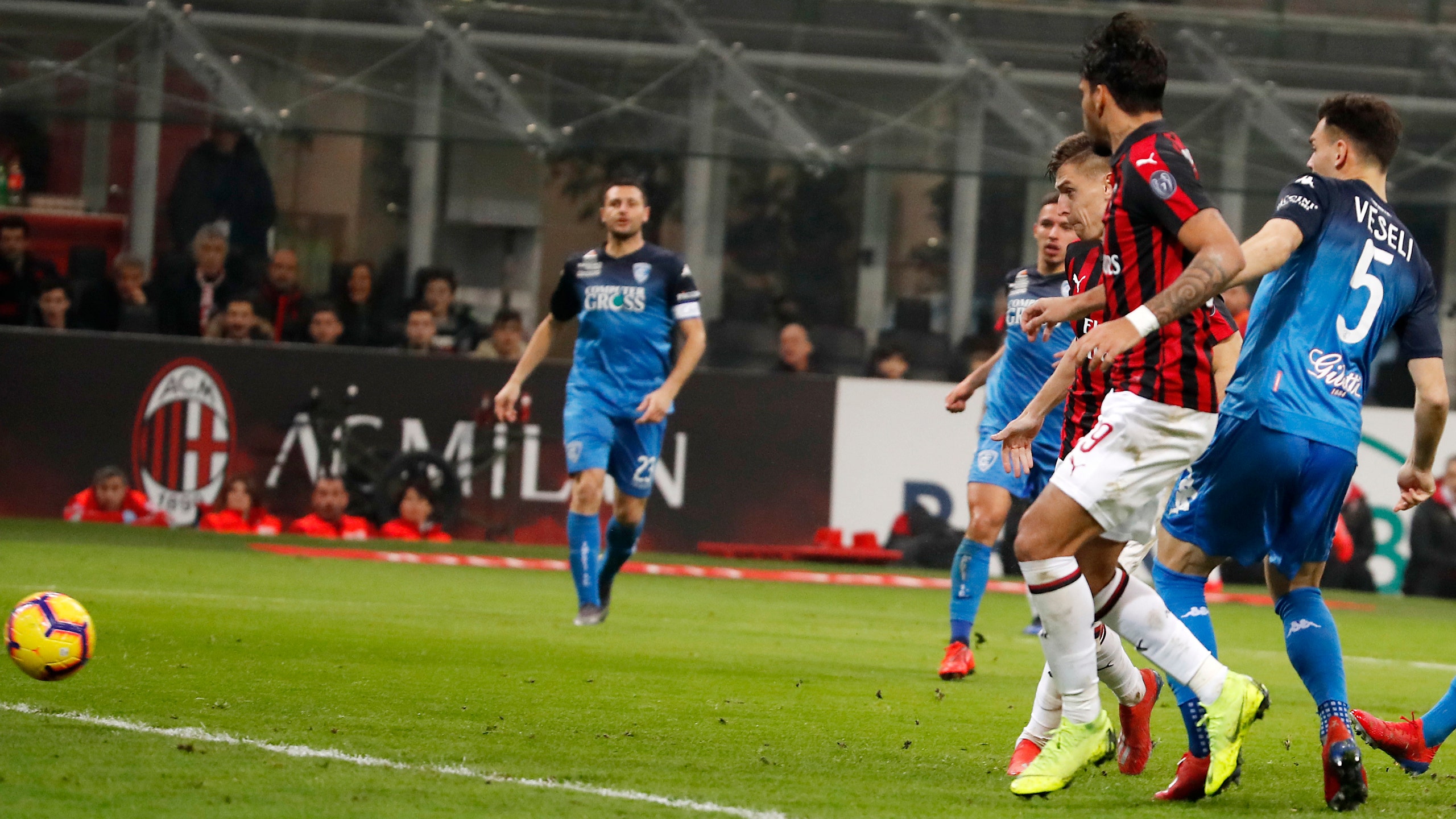 MILAN (AP) — When it comes to scoring in Serie A, only Cristiano Ronaldo is more prolific than Krzysztof Piatek.

Netting in AC Milan's 3-0 win over relegation-threatened Empoli on Friday, Piatek moved to 18 league goals this season — only one behind Ronaldo in his first campaign at Juventus.

The 23-year-old Piatek has struck 26 times in 27 appearances in all competitions, with seven coming in the six games since he joined from Genoa last month.

"The credit goes to him but also to the whole team," Milan coach Gennaro Gattuso said. "They put him in the right condition to score."

Franck Kessie and Samu Castillejo scored the other goals, while Milan also had two others disallowed on video review.

Milan kept a firm grip on fourth spot in Serie A and the last Champions League berth, moving four points clear of Roma which visits Frosinone on Saturday.

The Rossoneri also closed the gap to city rival Inter Milan to one point, with the Nerazzurri travelling to Fiorentina on Sunday. The Milan derby is on March 17.

"We have to take it game by game, without looking at the table," Gattuso said. "You feel the pressure just by putting on the Milan shirt in this stadium. It's been a few years since we've been playing for something important, we need to play for it with really great desire."

All the goals on Friday came in the second half, as Milan improved dramatically after the break and took control with two quickfire goals.

Piatek broke the deadlock in the 49th minute from close range after the ball had been rolled across to the Poland international by Hakan Calhanoglu.

Castillejo had been involved in the buildup and he set up Milan's second two minutes later with a threaded pass for Kessie, who placed a deft chip over Empoli goalkeeper Bartlomiej Dragowski.

The Spanish forward got on the scoresheet himself in the 67th minute, tapping in at the near post after a cross from Andrea Conti, who was making his first start in 544 days.

Empoli, which has not won away from home this season, remained three points above the relegation zone.

Krzysztof Piatek
share story
those were the latest stories
Want to see more?
View All Stories
Fox Sports™ and © 2021 Fox Media LLC and Fox Sports Interactive Media, LLC. All rights reserved. Use of this website (including any and all parts and components) constitutes your acceptance of these Terms of Use and Updated Privacy Policy. Advertising Choices. Do Not Sell my Personal Info