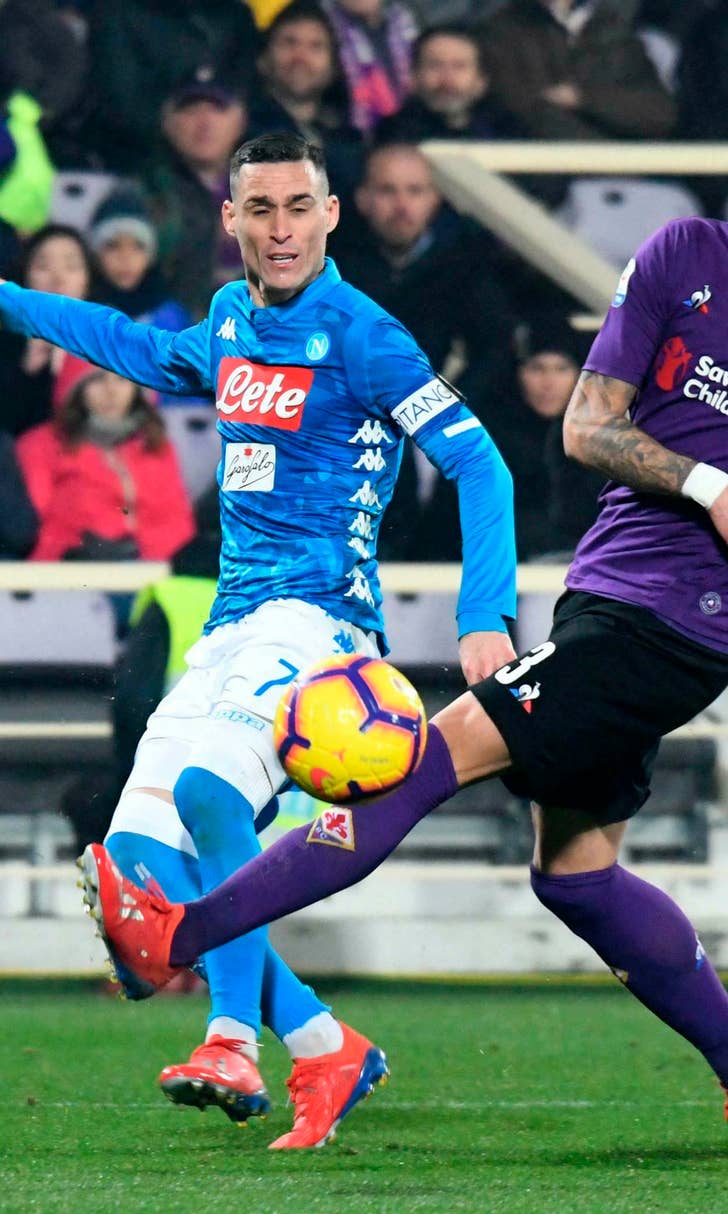 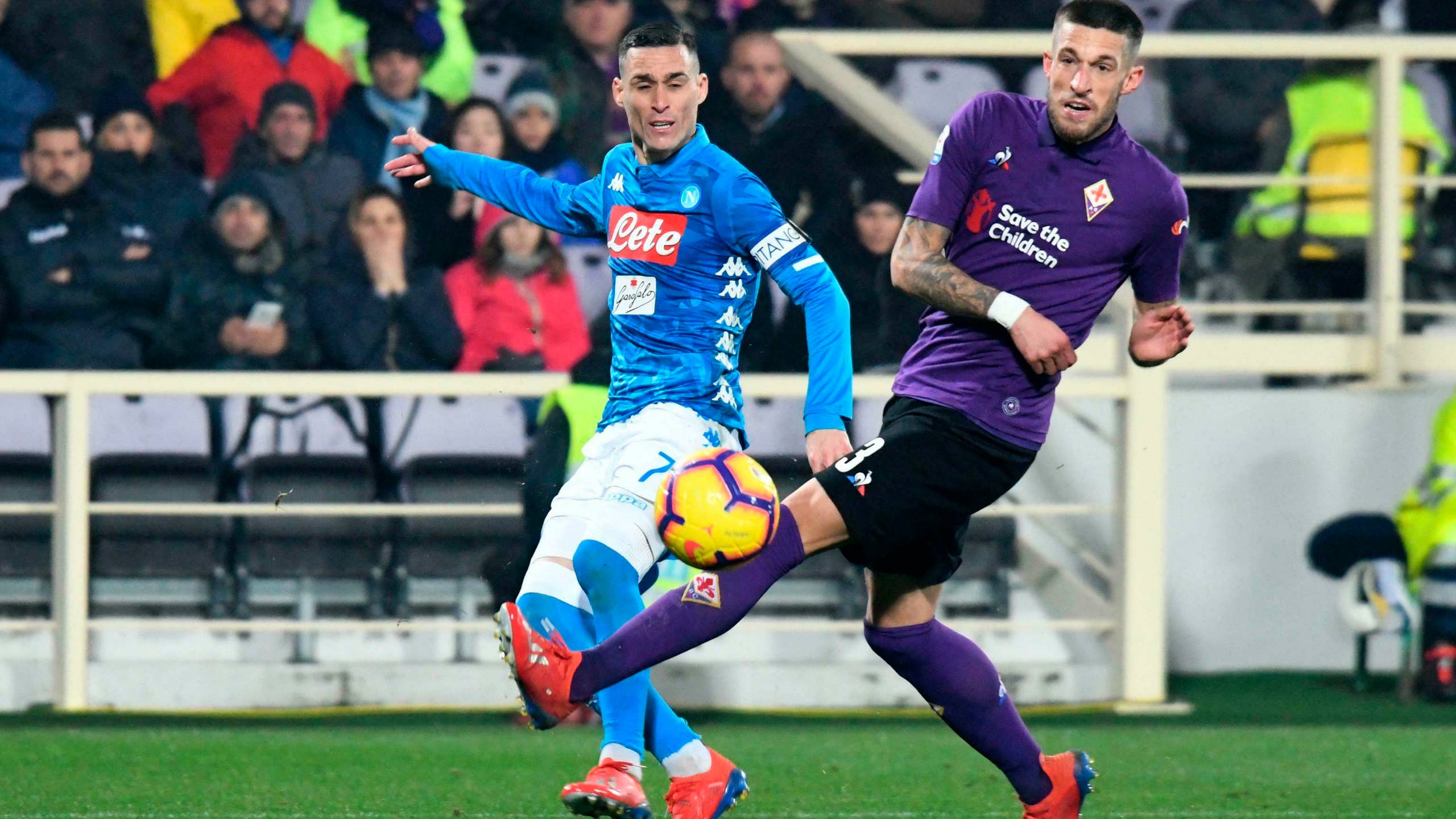 Napoli draws at Fiorentina in Serie A

MILAN (AP) — Napoli missed the chance to cut the gap to Serie A leader Juventus to six points as it was held at Fiorentina to 0-0 on Saturday.

Juventus, which is on a seemingly unstoppable march to a record-extending eighth successive league title, can stretch its lead to 11 points with a win at Sassuolo on Sunday.

"Anyone who doesn't believe in the title should stay out of the dressing room," Napoli defender Kalidou Koulibaly said. "As long as it is mathematically possible, I will continue to believe right until the end.

"We are very competitive, we want to win and keep getting closer to Juve. We have to keep on fighting."

Napoli was hit by an early blow in Florence as defender Mario Rui went off with a thigh strain five minutes in and had to be replaced by Faouzi Ghoulam.

Napoli seemed certain to score early in the second half but Lafont did brilliantly to parry Piotr Zielinski's close-range effort.

The visitors were also let down by some poor finishing from Arkadiusz Milik and Dries Mertens.

Fiorentina inched to within four points of a Europa League berth ahead of the rest of the weekend's fixtures.

The pressure eased slightly on Inter Milan coach Luciano Spalletti as his side won at Parma 1-0 to end a four-match winless streak in all competitions.

Substitute Lautaro Martinez had an immediate impact, two minutes after coming off the bench.

Radja Nainggolan sprinted forward from midfield and threaded the ball through for Lautaro, who held off Simone Iacoponi to fire into the top right corner.

The 79th-minute goal was Inter's first in Serie A this year.

"I'm very happy because we got back to winning ways and that was the most important thing," Lautaro said.

"Our mindset is very important, things haven't been going as we wanted them to for a few matches. "We want to keep our distance from the chasing pack and achieve our aim, which is qualifying for next season's Champions League."

Inter should have sealed the win but Matias Vecino had a shot cleared off the line and Marcelo Brozovic saw another effort crash off the right post as the move continued.

Gervinho had earlier hit the crossbar for Parma, while Inter defender Danilo D'Ambrosio had a goal ruled out after video review showed the ball came off his arm.