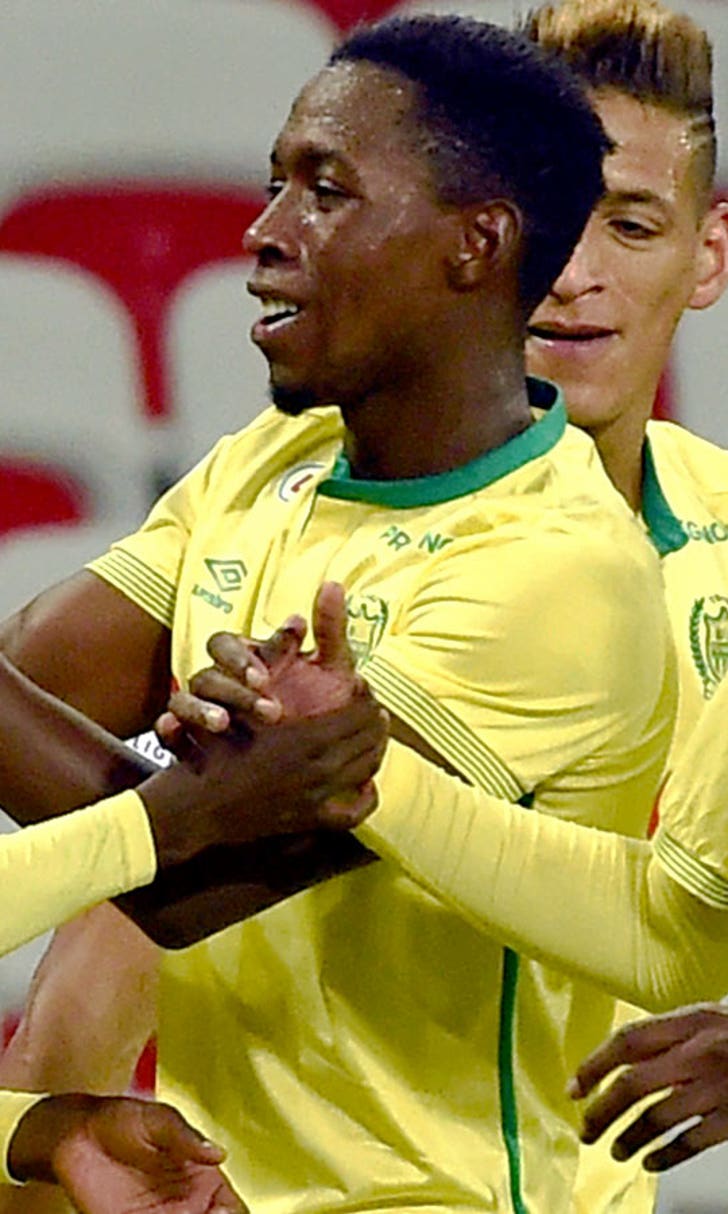 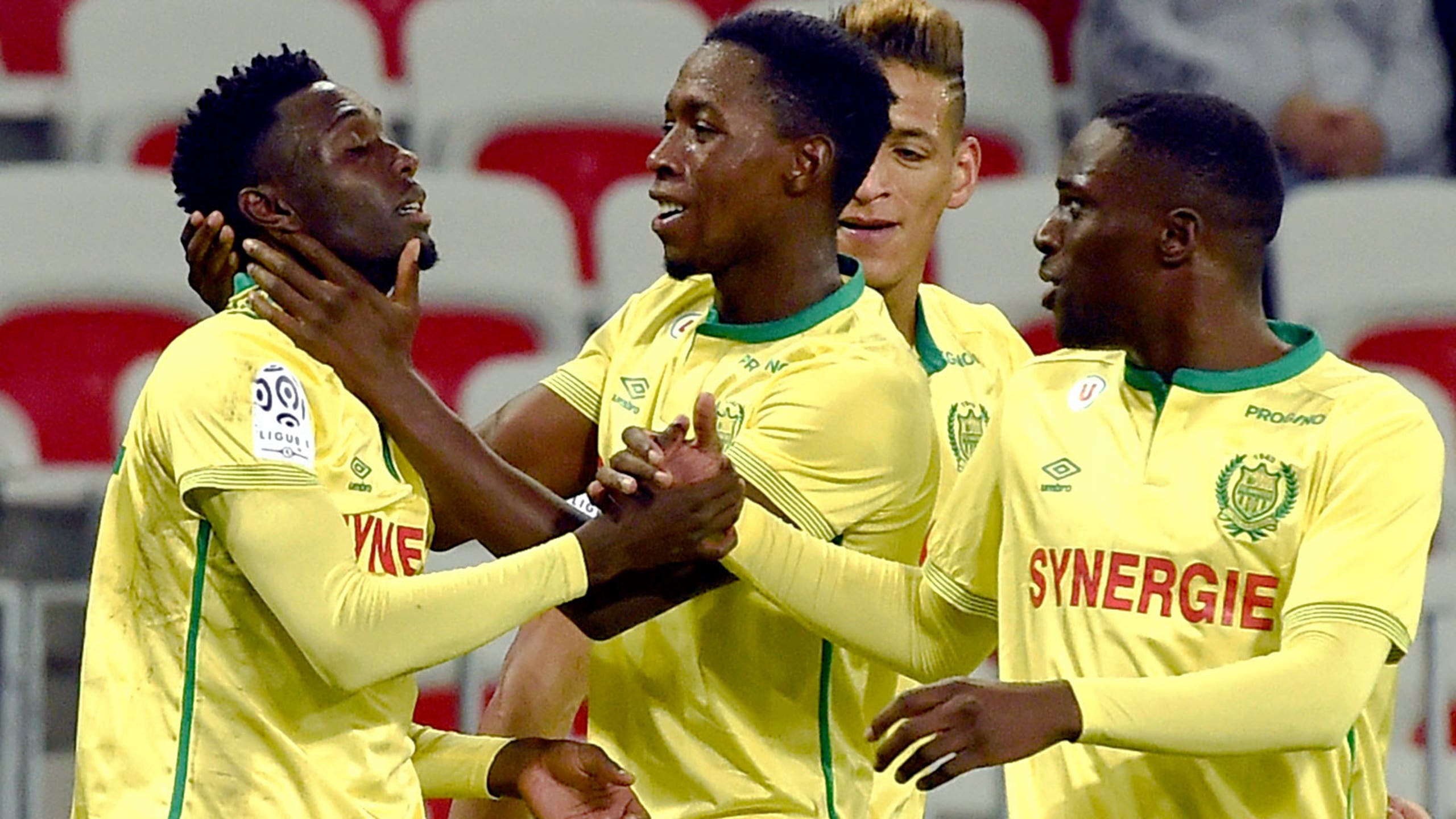 Nantes edge Nice to climb to seventh place in Ligue 1 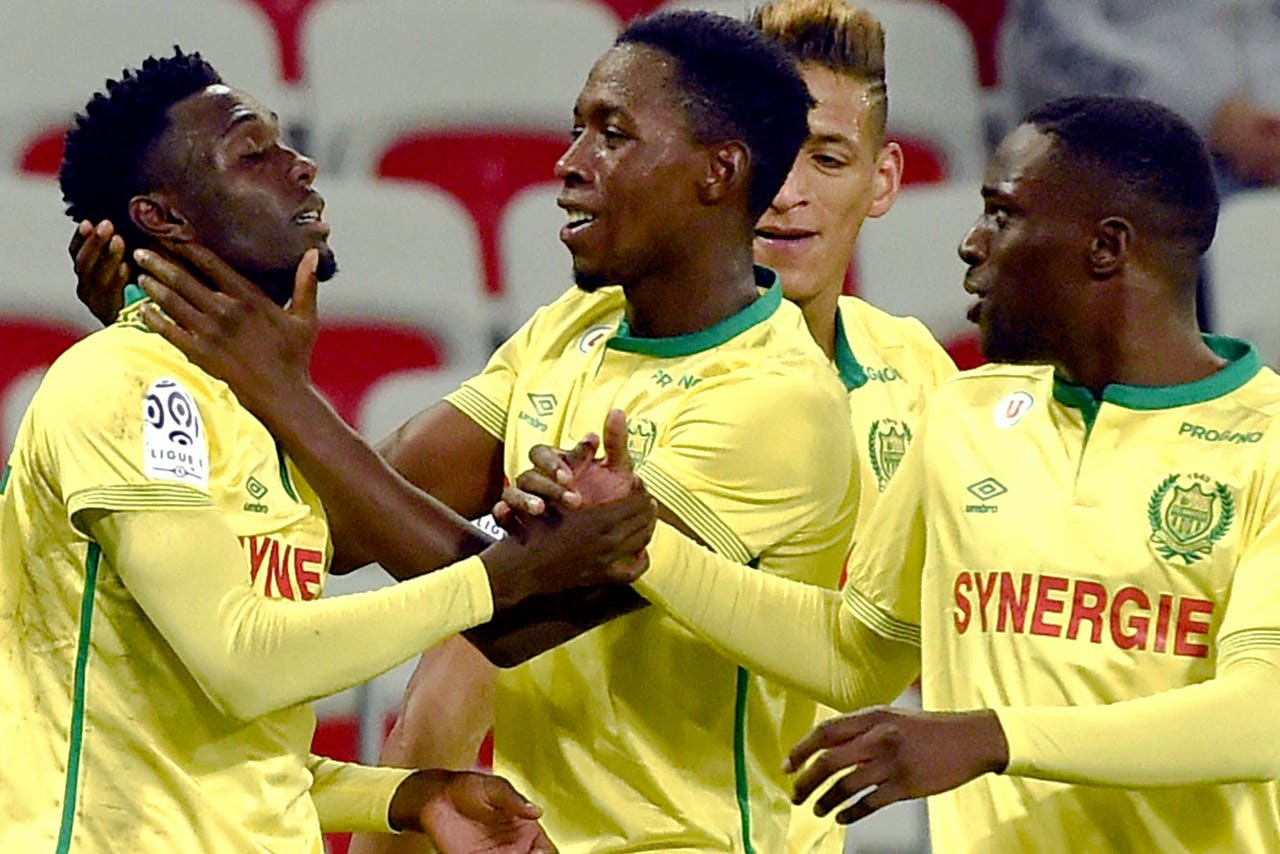 Teenage striker Alexis Alegue Elandi scored his first goal in the French league to help Nantes win 2-1 at Nice and move up to seventh place on Wednesday.

The 18-year-old Cameroonian struck in the 11th minute, picking up a pass from midfielder Jules Iloki and firing confidently past goalkeeper Mouez Hassen.

After defender Romain Genevois equalized for Nantes from close range in the 42nd, Iceland striker Kolbeinn Sigthorsson grabbed the winner with his first goal since joining from Dutch club Ajax - where he scored 31 goals in 80 league games.

The game was rescheduled from last month due to a waterlogged pitch.

Nantes has 19 points, one more than eighth-place Nice.