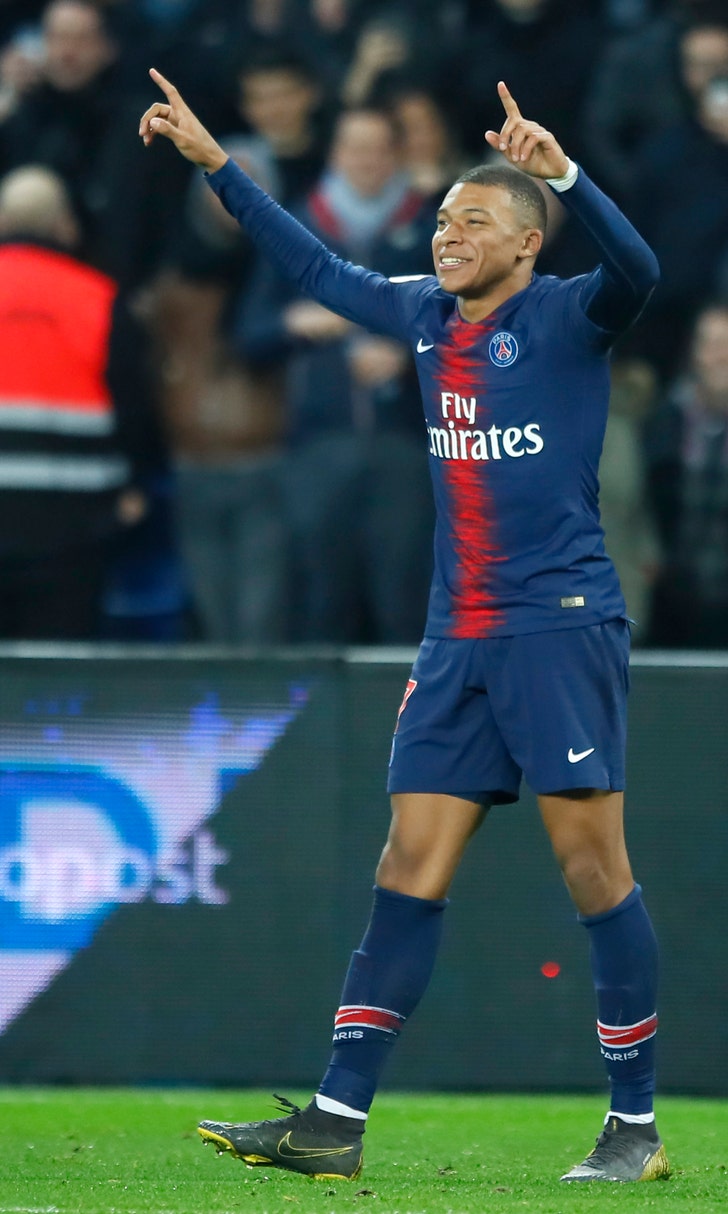 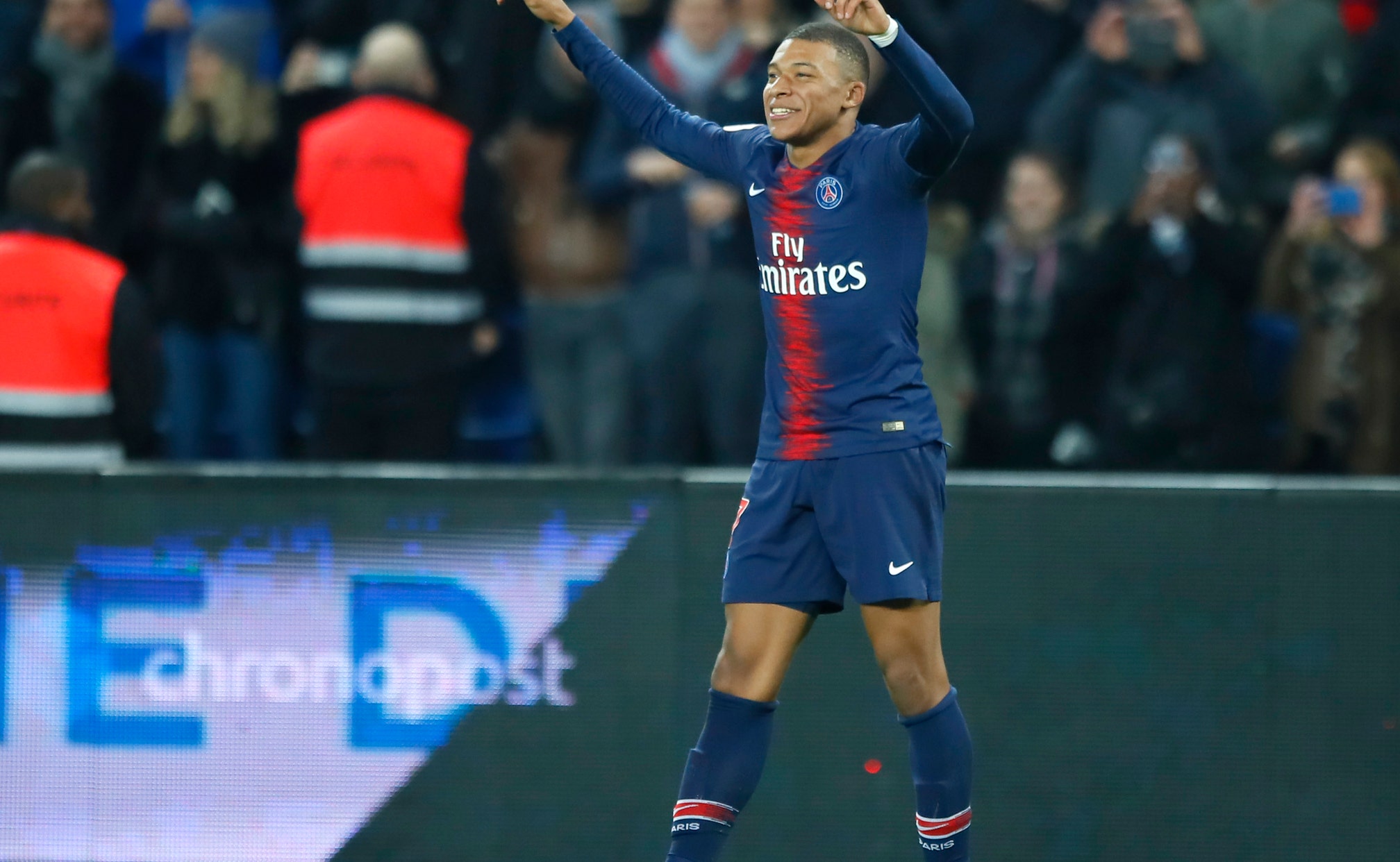 Mbappe has led PSG's attack with ease in the absence of Edinson Cavani and Neymar. The 20-year-old France forward has netted in three straight games since both forwards were ruled out of PSG's trip to face Manchester United in the last 16 of the Champions League last week.

This goal was deflected, however, as he completed the scoring in the 79th minute with a shot that looped off 41-year-old Brazilian defender Vitorino Hilton and over the goalkeeper. A minute earlier, Hilton deflected another Mbappe shot but this one was given as an own goal.

Montpellier entered the game with the French league's second-best defense, but fell apart after winger Angel Di Maria's superb curling free kick put PSG 2-1 up on the stroke of halftime.

Left back Layvin Kurzawa put PSG in front when he headed in a cross from right back Dani Alves in the 13th minute. Montpellier midfielder Florent Mollet equalized in the 31st with a free kick from the right angle of the penalty area which looked to have been saved by goalkeeper Gianluigi Buffon. But the referee awarded it after goal-line technology ruled the ball crossed the line before Buffon scooped it away.

After the break, PSG scored three goals in six minutes with the first coming from midfielder Christopher Nkunku's deflected header.

In Wednesday's other match, 13th-place Bordeaux drew 0-0 at home to last-place Guingamp.

Striker Josh Maja made his second start for Bordeaux since joining from third-tier English side Sunderland. The 20-year-old Englishman showed neat touches and took up good positions, but was substituted for the more physical and less technical Andreas Cornelius at halftime.

After heading against the crossbar from close range right at the end of Guingamp's 2-1 loss at Lyon last Friday, striker Nolan Roux miscued again when he scooped the ball over an open goal from three meters out in the closing stages.

Kylian Mbappe
share story
those were the latest stories
Want to see more?
View All Stories
Fox Sports™ and © 2021 Fox Media LLC and Fox Sports Interactive Media, LLC. All rights reserved. Use of this website (including any and all parts and components) constitutes your acceptance of these Terms of Use and Updated Privacy Policy. Advertising Choices. Do Not Sell my Personal Info