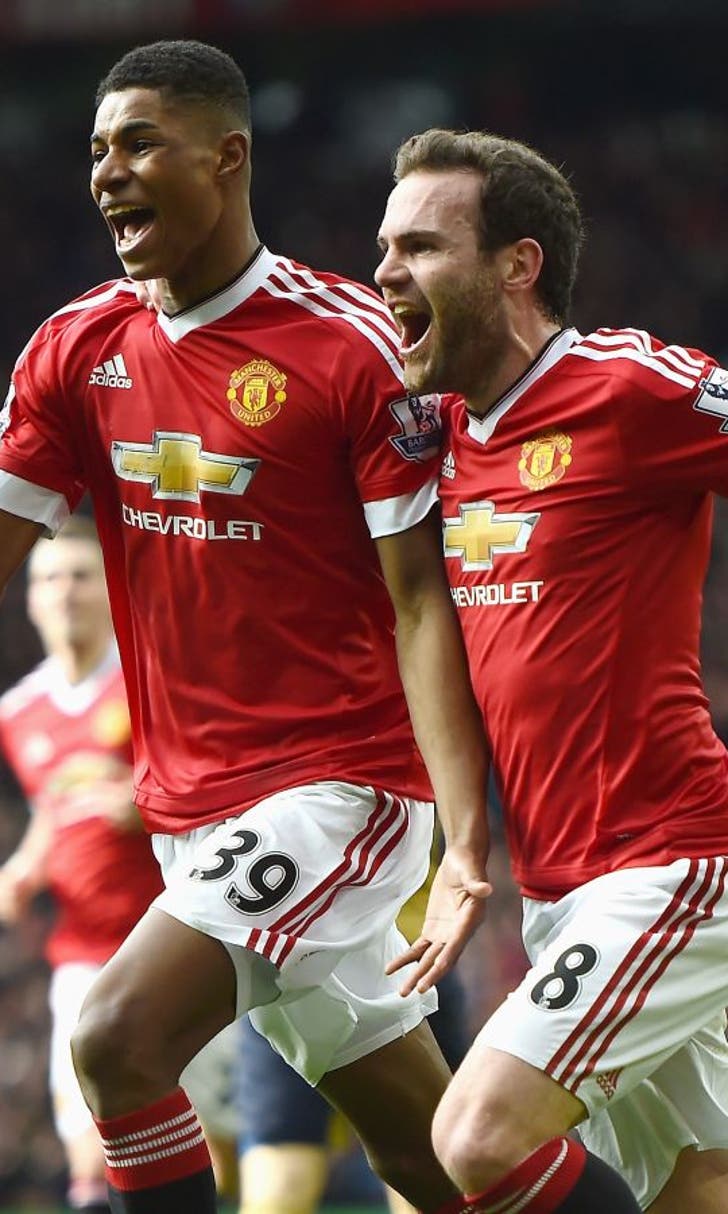 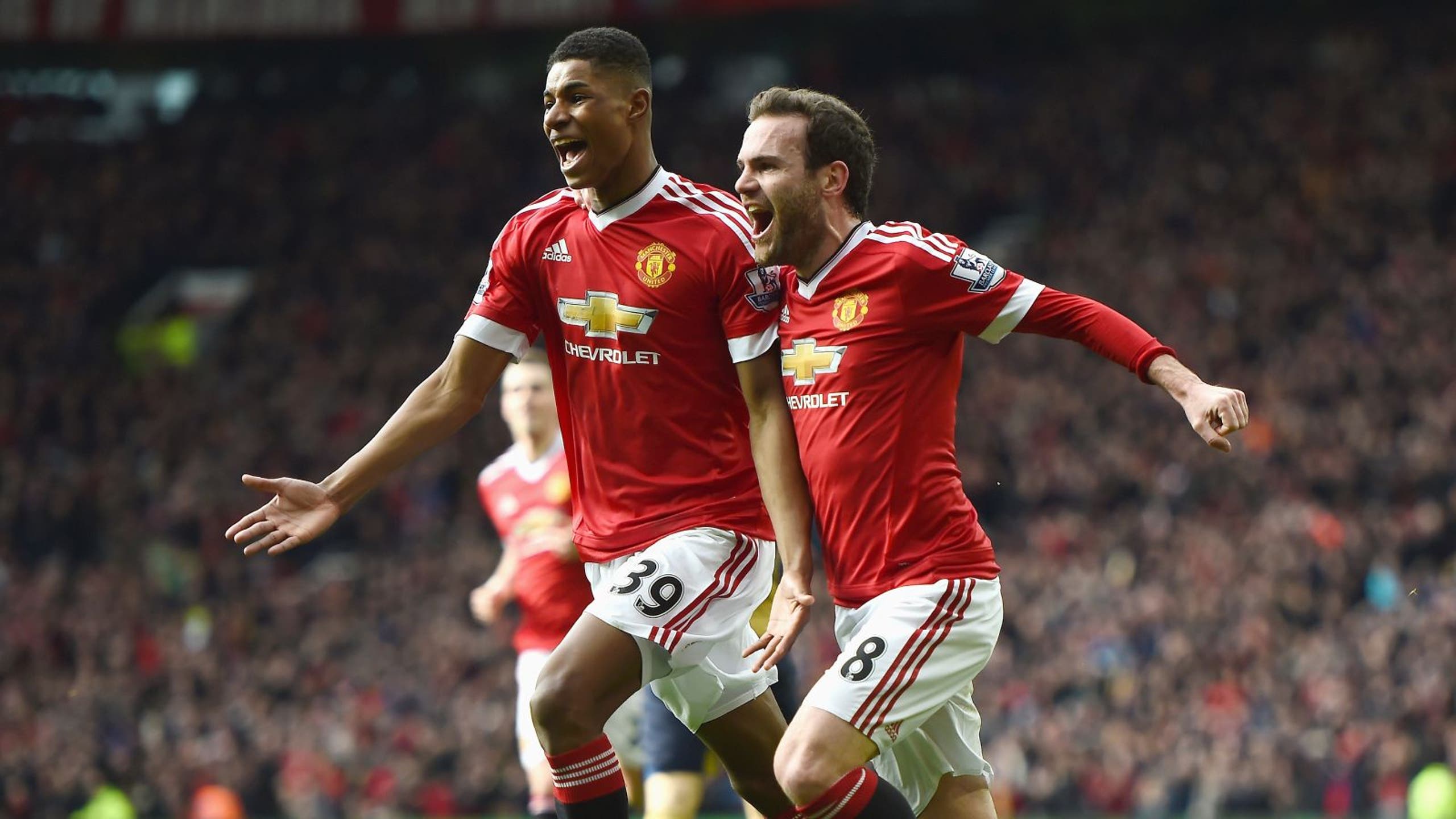 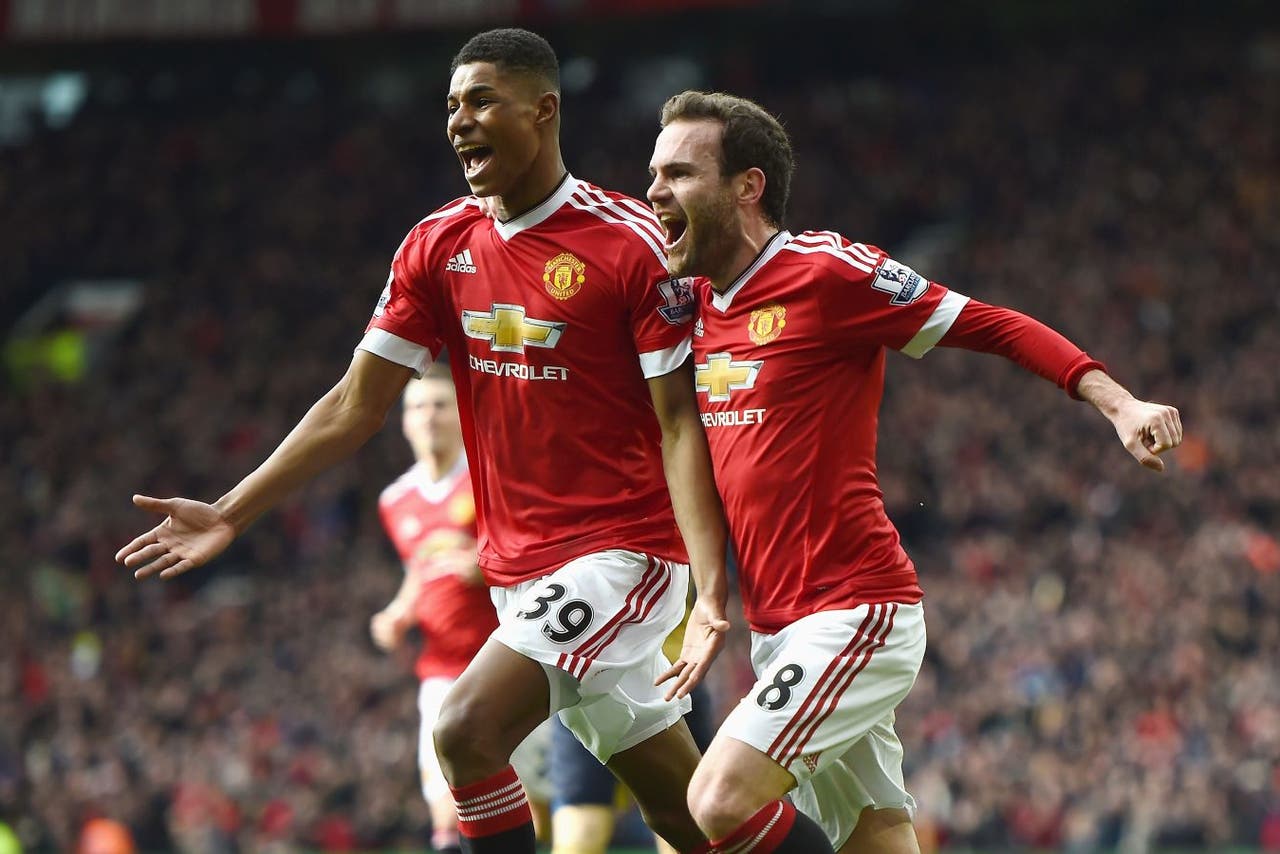 Juan Mata has hailed Manchester United teammate Marcus Rashford as "a great player in the making".

Rashford once again grabbed the headlines on Sunday as his first-half strike secured United a 1-0 win at Manchester City.

It made the 18-year-old forward, who now has five goals in eight senior appearances for the Red Devils, the youngest scorer in a Premier League Manchester derby.

The composed, slotted finish in the 16th minute was part of a fine all-round performance from Rashford which saw him give veteran City defender Martin Demichelis a torrid time.

And Spanish playmaker Mata, who teed up the goal, wrote in his blog on Monday: "Marcus showed again that he is a great player in the making.

"We all believe in him, although we must remember that he's still very young and he's just arrived in the first team."

Playing alongside Mata and Rashford in United's attack on Sunday was the latter's fellow academy product Jesse Lingard.

Lingard, 23, has made it clear he is more than happy to help ensure Rashford does not get carried away with his current success - although he admits the teenager is a "grounded" character anyway.

When asked how Rashford was after the game, the winger said with a laugh: "He was buzzing, but I was keeping him grounded!"

Lingard added: "He is already grounded anyway to be fair, he always has his feet on the ground.

"He is looking forward to the rest of his career now."

Lingard said United boss Louis van Gaal was also "buzzing" after a "massive" victory which has considerably boosted the club's hopes of achieving a top-four finish - the only way of qualifying for next season's Champions League now open to them following their exit from the Europa League last Thursday.

Van Gaal's men are sixth in the table, level on points with fifth-placed West Ham and one behind fourth-placed City, with all three sides having eight league fixtures left.

And Lingard has stressed the importance of United keeping focused as they continue to pursue their goal.

"It is a massive win and a massive boost going into the international break," he said.

"But we have to kick on now and focus on beating Everton (in their next game on April 3).

"It is interesting now but we have to take it game by game, get our recovery, get our rest and go again."