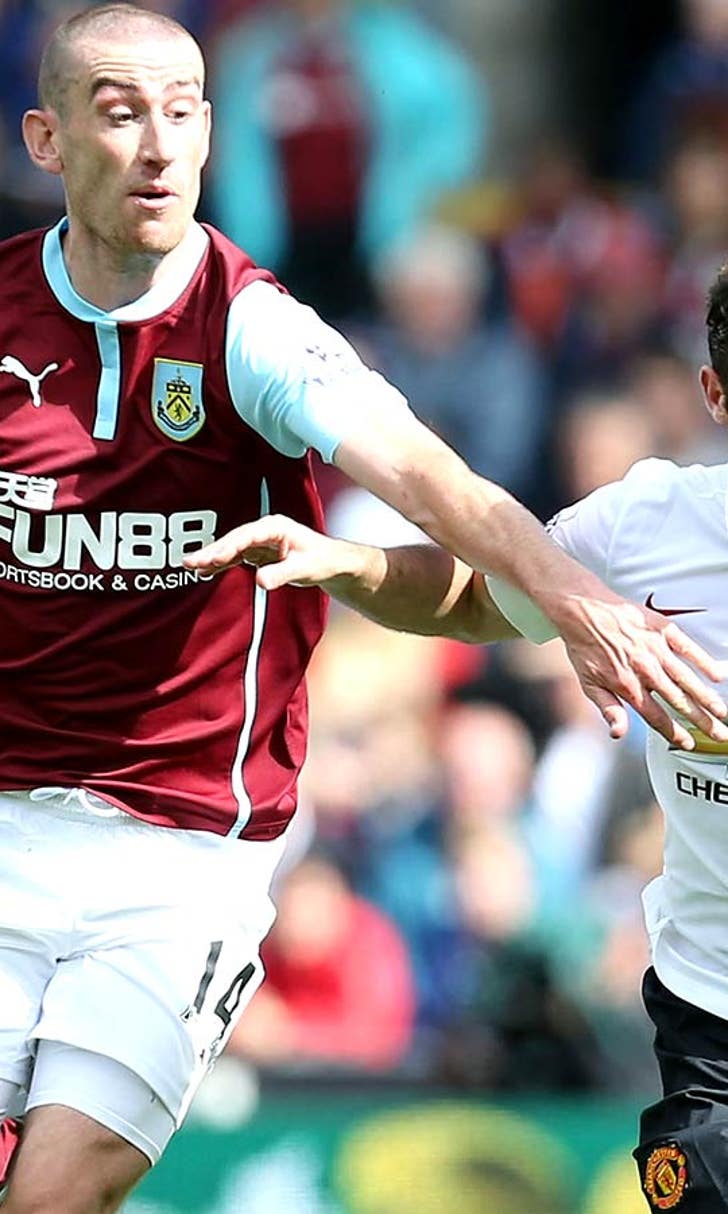 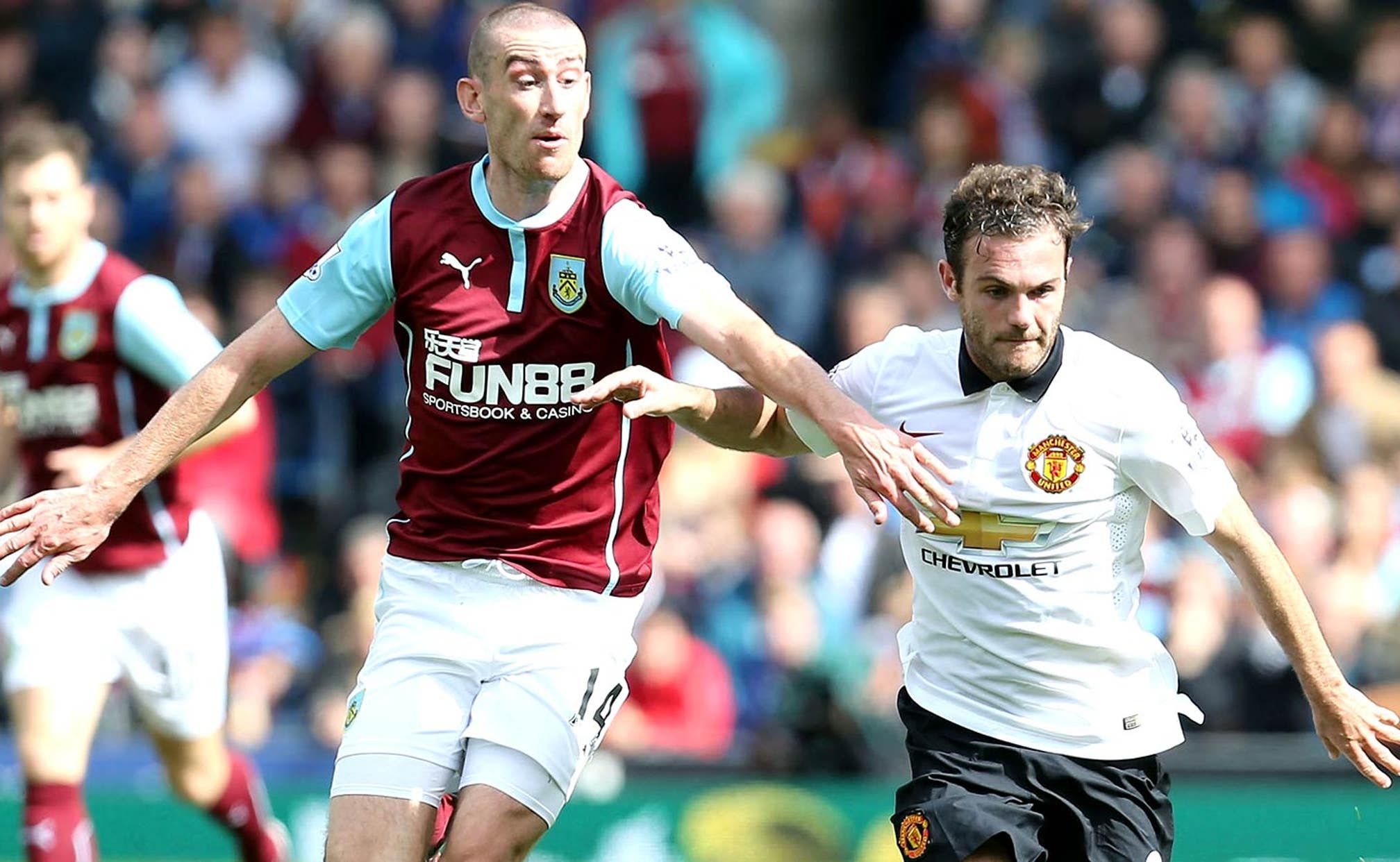 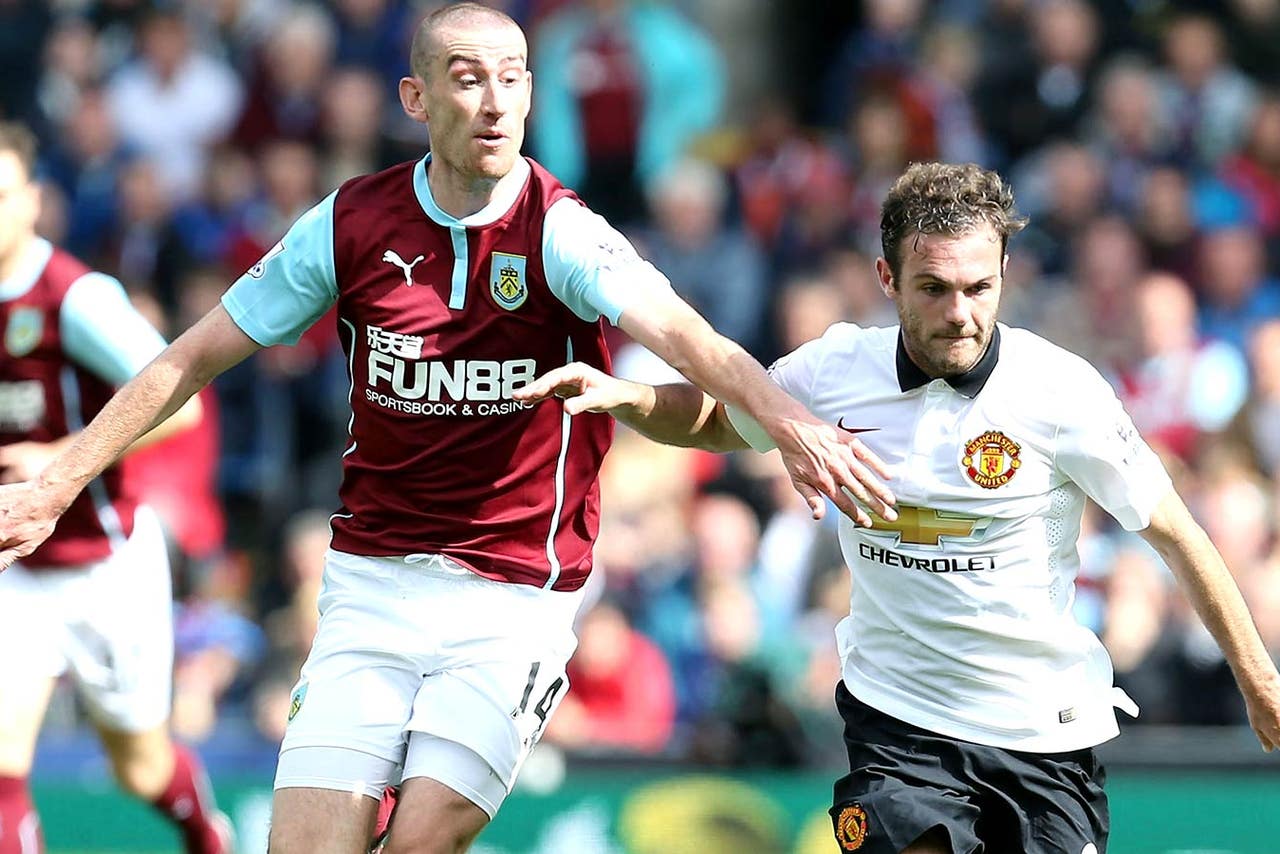 Juan Mata was annoyed to see his Manchester United team-mates resort to route-one football at times in Saturday's disappointing draw at Burnley.

Angel di Maria, playing in a midfield three alongside Mata and Darren Fletcher, produced flashes of brilliance, but Wayne Rooney and Robin van Persie both had off days up front and could not convert a host of chances.

United did not help their cause in the first half by launching long balls to their strikers, effectively bypassing a midfield containing nearly Â£100million of talent.

Mata admits United lacked confidence in their build-up play on Saturday, which led them to start pumping long balls up field.

"Maybe in the build-up [there were confidence issues] as we were trying to build up from the back but sometimes we didn't do it well," the Spaniard told MUTV.

"We played most of the time in their half which is good but, if you don't score from these chances, then it's not good enough.

"I believe, when we try to play football in the last third, we can create but we played too many long balls in the first half which is maybe why we didn't play as well."

This match just how big a gap there is between United and the teams vying for the title.

Chelsea tore Burnley apart in a thrilling first half at Turf Moor on the opening weekend of the season, but United failed to impose themselves on the game until late in the second half.

United's faltering start has affected the team's self-belief, according to their manager.

"I don't think our confidence level was very high in the first half," said Van Gaal, who suffered an embarrassing 4-0 defeat to MK Dons on Tuesday.

"But I think that's normal when a club like United loses the first match and draws the second one.

"The pressure is higher and you have to cope with that. I could see in the first half that the players were very nervous to play the ball.

"We restored that in the second half, and maybe that will raise our confidence."

The one crumb of comfort for United was the influence of Di Maria, who completed his record-breaking move to United from Real Madrid on Tuesday.

The Â£59.7million man created a couple of openings with incisive passes and his running stretched the Burnley defence in the first half when he drifted out wide.

Ashley Young thinks United have pulled off a major coup by signing the midfielder, who was one of the stars of the World Cup.

"I think it makes a big statement to people out there," Young said.

"A lot of people might say we can't attract world-class players but we've just done that with the signings of Luke (Shaw), Ander (Herrera), Marcos (Rojo) and now Angel.

"Angel is a fantastic signing. Real Madrid have other top players in their team like [Gareth] Bale and [Cristiano] Ronaldo but he's the one who stood out for me in that team.

"When you add quality to a squad that already has quality it can only help us."

Burnley manager Sean Dyche can only dream of being able to sign a player for almost Â£60million.

The fact that the Clarets have only spent £45million on transfers in their 132-year history shows how impressive Saturday's draw was for the Premier League newcomers.

"Manchester United are in a transitional period but they are still very good," said Dyche, who suffered defeats to Chelsea and Swansea in his opening two games.

"It's the strongest I've seen them since the start of the season so we are very happy.

"It's important we go into the international break after a really good performance and your first point on the board.

"And when the games come around again after taking stock of the season so far, we'll be ready to go hard again."