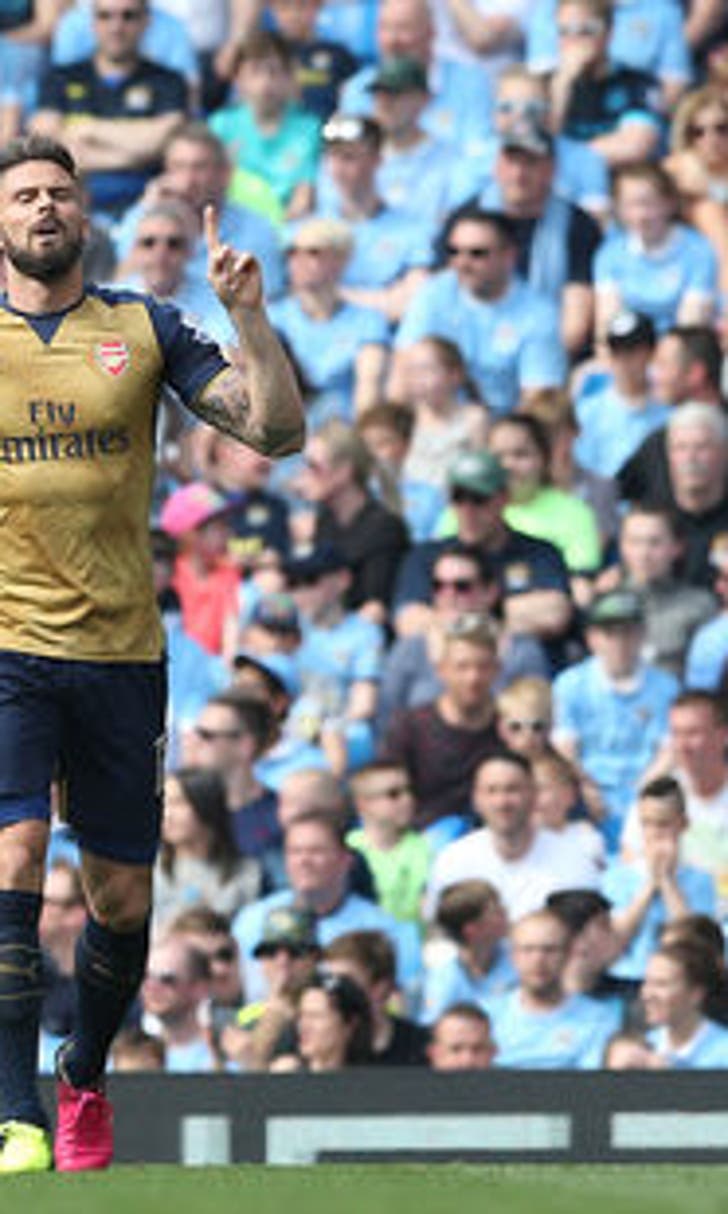 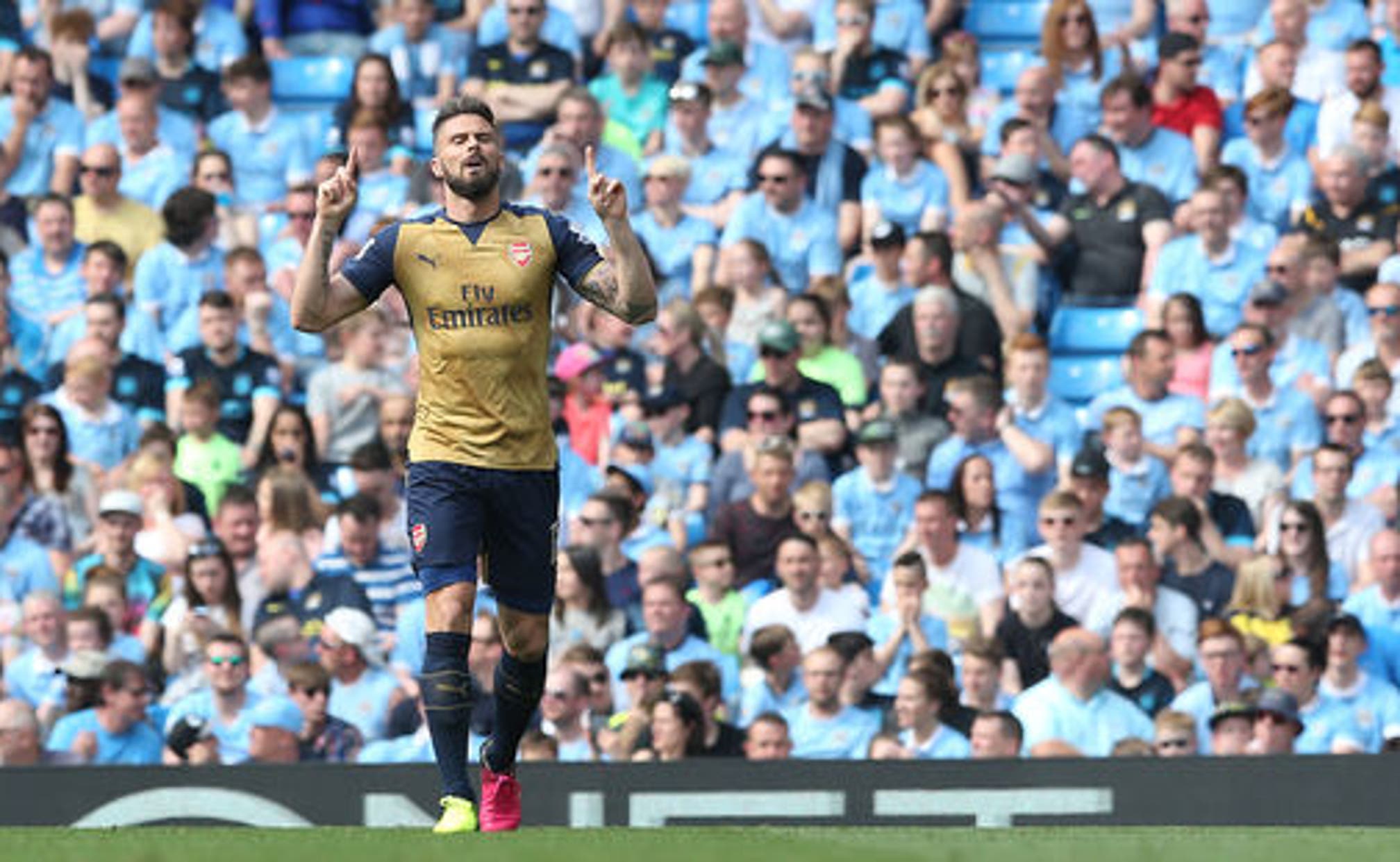 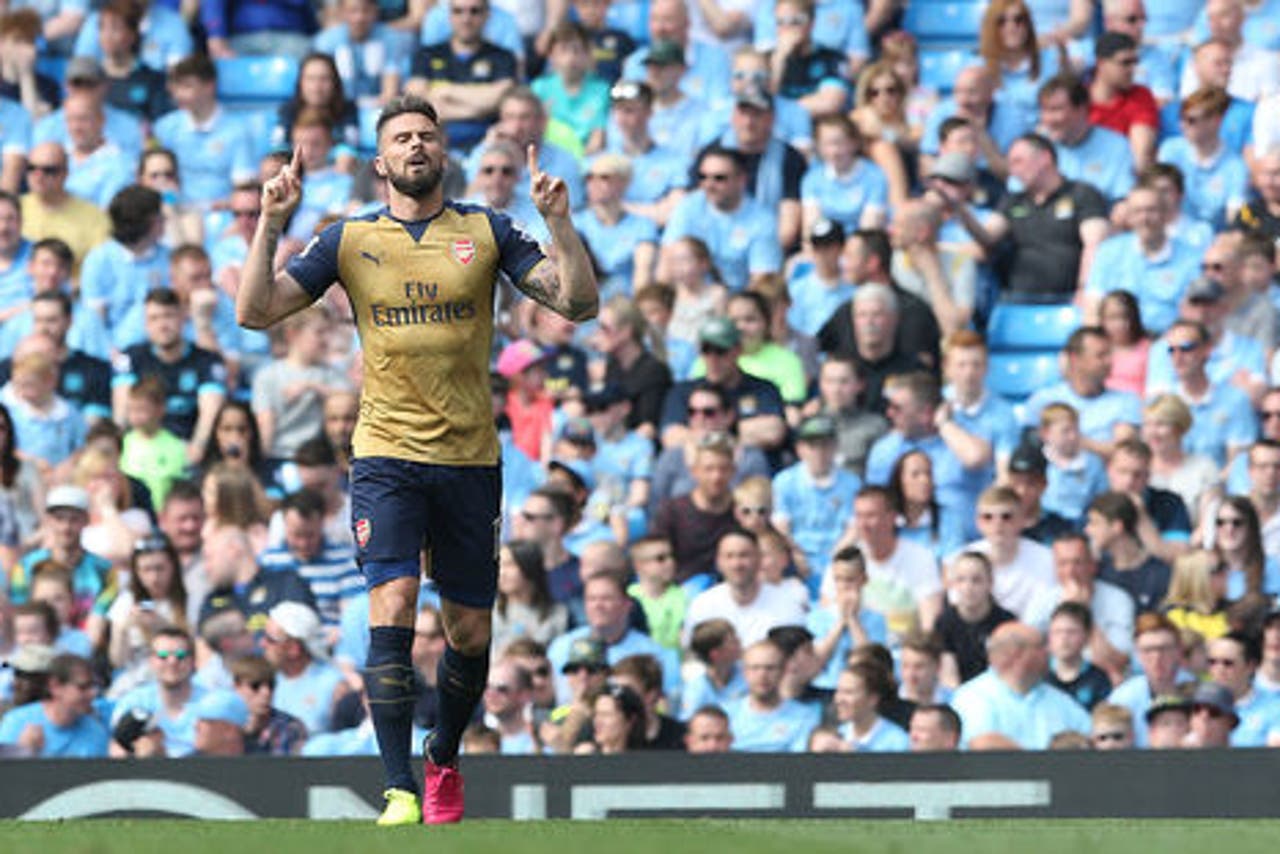 Arsenal plunged Manchester City's Champions League qualification chances into doubt by twice coming from behind to draw 2-2 in a gripping Premier League game on Sunday.

Alexis Sanchez earned Arsenal a point with a 68th-minute goal that leaves his third-place team on the cusp of guaranteeing yet another top-four finish under manager Arsene Wenger.

City went ahead through Sergio Aguero in the eighth minute and Kevin De Bruyne in the 51st, only for Olivier Giroud to score the first equalizer and then set up Sanchez for the second.

City is in fourth place -- the final Champions League qualification berth -- but will be overtaken by Manchester United, should its great rival beat West Ham on Tuesday. The final round of games is next weekend, when Arsenal needs only a point at home to already-relegated Aston Villa to qualify for the Champions League.

This was Manuel Pellegrini's final home match in charge of City before he is replaced by Pep Guardiola in the offseason, and it's not the way he wanted to bid farewell to Etihad Stadium.

At the end of a week in which City was eliminated by Real Madrid in the Champions League semifinals, the team is now at risk of failing to be in Europe's elite competition.

Early in the season, this was being viewed as a potential title-deciding fixture but both teams slipped out of the realistic title conversation in March, leaving them to battle it out to secure Champions League qualification.

City started with much more attacking intent than against Real Madrid in the Champions League on Wednesday, and almost inevitably it was Aguero that gave the hosts the lead.

Fernandinho headed the ball down and Aguero let it drop before arrowing a low left-footed shot in at the near post from 15 meters out.

Arsenal replied immediately -- helped by a mistake from one of its former players. City left back Gael Clichy tried to send a headed back-pass to his goalkeeper but got it wrong and the ball crept past the far post. From the resulting corner, Giroud was left unmarked to head home from a central position for his first goal in 16 Premier League games.

The intensity of the opening period couldn't last but it was still City looking more dangerous, with Jesus Navas getting plenty of space on the right wing but failing to find his men in the middle.

Arsenal lost Danny Welbeck to injury midway through the first half -- potentially a worry for England ahead of its Euro 2016 squad selection on Thursday -- and then fell behind in the 51st.

De Bruyne collected the ball and drove forward, before cutting inside and unleashing a low shot that went through the legs of Gabriel Paulista and just inside the near post.

Theo Walcott's introduction as a substitute gave Arsenal more thrust going forward and City had started to tire by the time Sanchez equalized.

Giroud was involved again, providing a deft lay-off from Sanchez's pass and the Chile forward reached the return ball before shooting first-time past Joe Hart from the edge of the area.