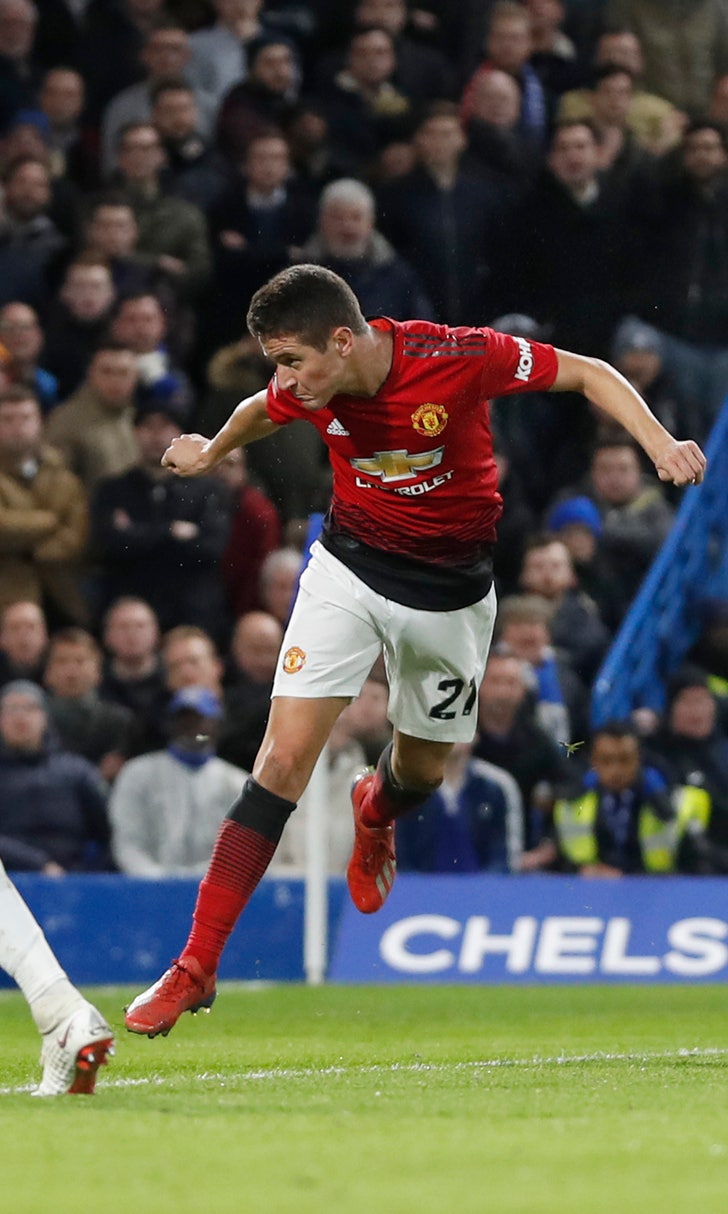 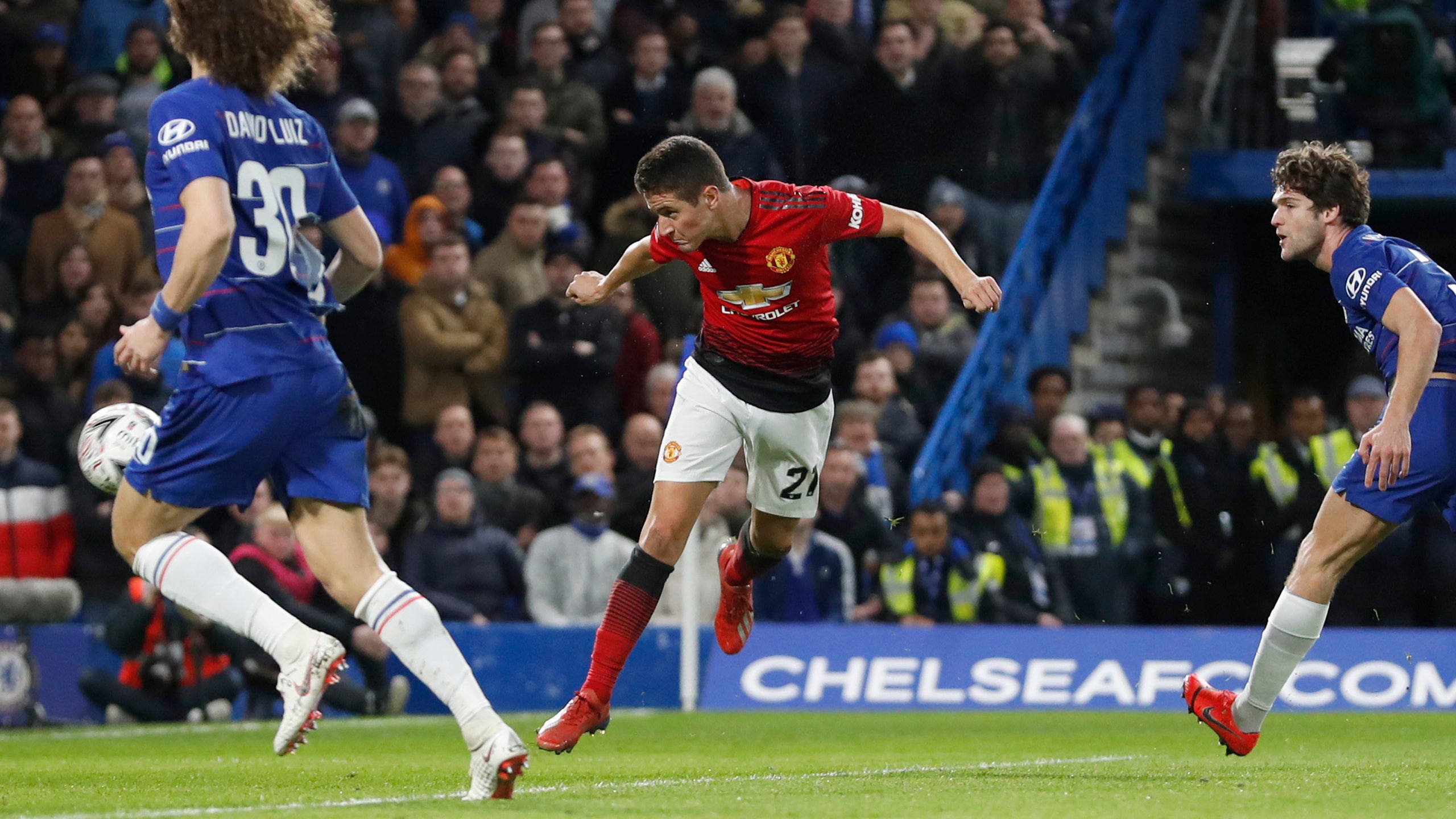 previous story
Jorge Posada on joining Marlins: ‘Perfect timing’
next story
No. 10 Michigan State expects to be without Ward for weeks

LONDON (AP) — Ander Herrera and Paul Pogba each scored first-half goals as Manchester United defeated Chelsea 2-0 on Monday at Stamford Bridge to advance to the quarterfinals of the FA Cup.

United, which has lost just once in interim manager Ole Gunnar Solskjaer's 13 games in charge, has reached the quarterfinals of the competition for the fifth consecutive season.

A rematch of last year's final won by Chelsea, Herrera put United ahead in the 31st minute and Pogba came through just before halftime to double the lead.

United had not played since losing 2-0 to Paris Saint-Germain in the opening leg of the Champions League round of 16 last week — a defeat that ended Solskjaer's unbeaten start.

"You want to see a reaction," Solskjaer said Monday. "There's a balance between being too eager (and not) after losing a game, so this was brilliant."

The game took an odd twist late as Chelsea fans fed up with manager Maurizio Sarri joined their United counterparts in chanting for his firing.

Sarri, who replaced Antonio Conte in the summer, went unbeaten over his first 18 games in all competitions but has won just six of 12 games since Jan. 1.

"I can understand the situation and our fans, because the result wasn't really good," Sarri said. "We are out of the FA Cup, so I can understand. But I am worried about our results.

A change of manager has had the desired effect for United, which appointed Solskjaer after firing Jose Mourinho on Dec. 18.

Sarri selected a predictable lineup and Chelsea began well, but United grew into the game and always looked dangerous.

Chris Smalling might have put United in front after nine minutes, but Kepa Arrizabalaga saved the weak header before Chelsea's best stretch of the game.

United's Sergio Romero then made two saves in quick succession, punching David Luiz's free kick to Pedro, whose volley was gathered by the goalkeeper.

Pogba, deployed on the left of United's midfield, set up the opening goal when he crossed from the left to Herrera, who headed in unnoticed at the back post.

A second goal followed as Pogba won the ball in midfield, fed Marcus Rashford down the right wing and was then found by Rashford's pinpoint cross.

Hazard tried to spark Chelsea in the second half by cutting in from the right, but his shot was blocked by Victor Lindelof.

Chelsea fans then started to grow restless, greeting Sarri's predictable substitution of Willian for Pedro with sarcastic applause and doing so again when Mateo Kovacic was replaced by Ross Barkley.

"You don't know what you're doing" was followed by a chant of "you're getting sacked in the morning," and more boos followed when Davide Zappacosta replaced Azpilicueta.

United will face Wolverhampton in the quarterfinals of the FA Cup, which will take place March 15-17. Manchester City will travel to Swansea, Millwall will host Brighton and Watford will face Crystal Palace.