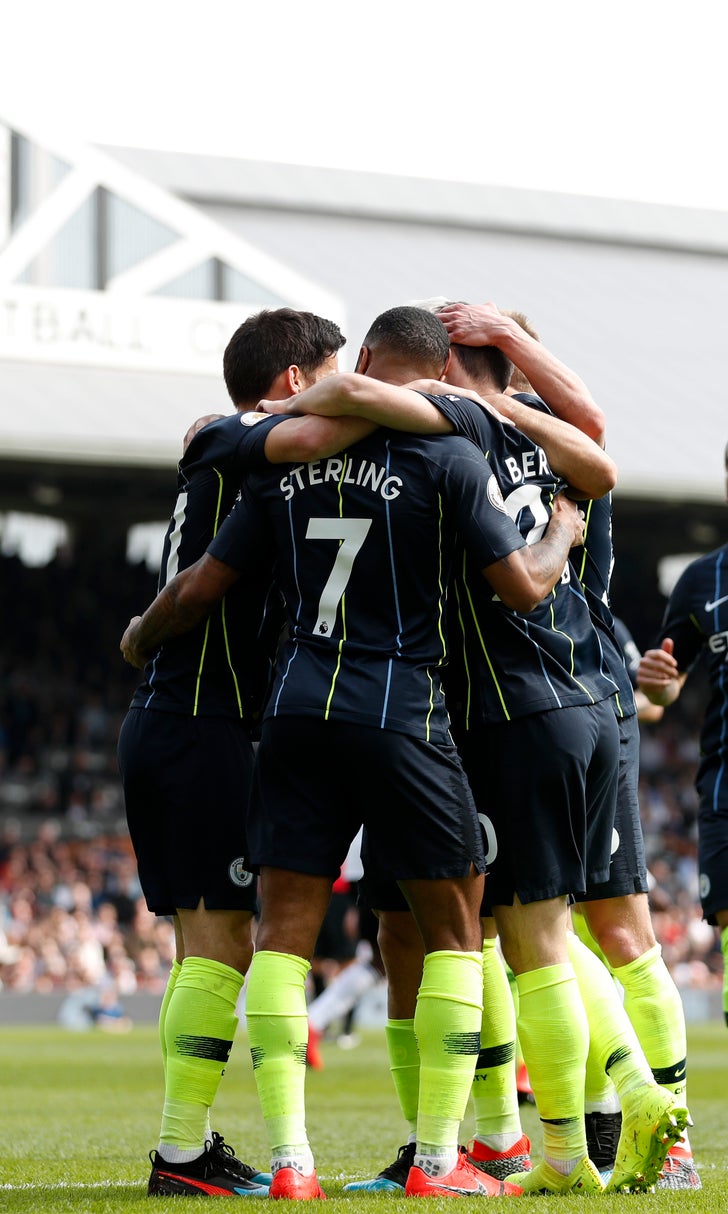 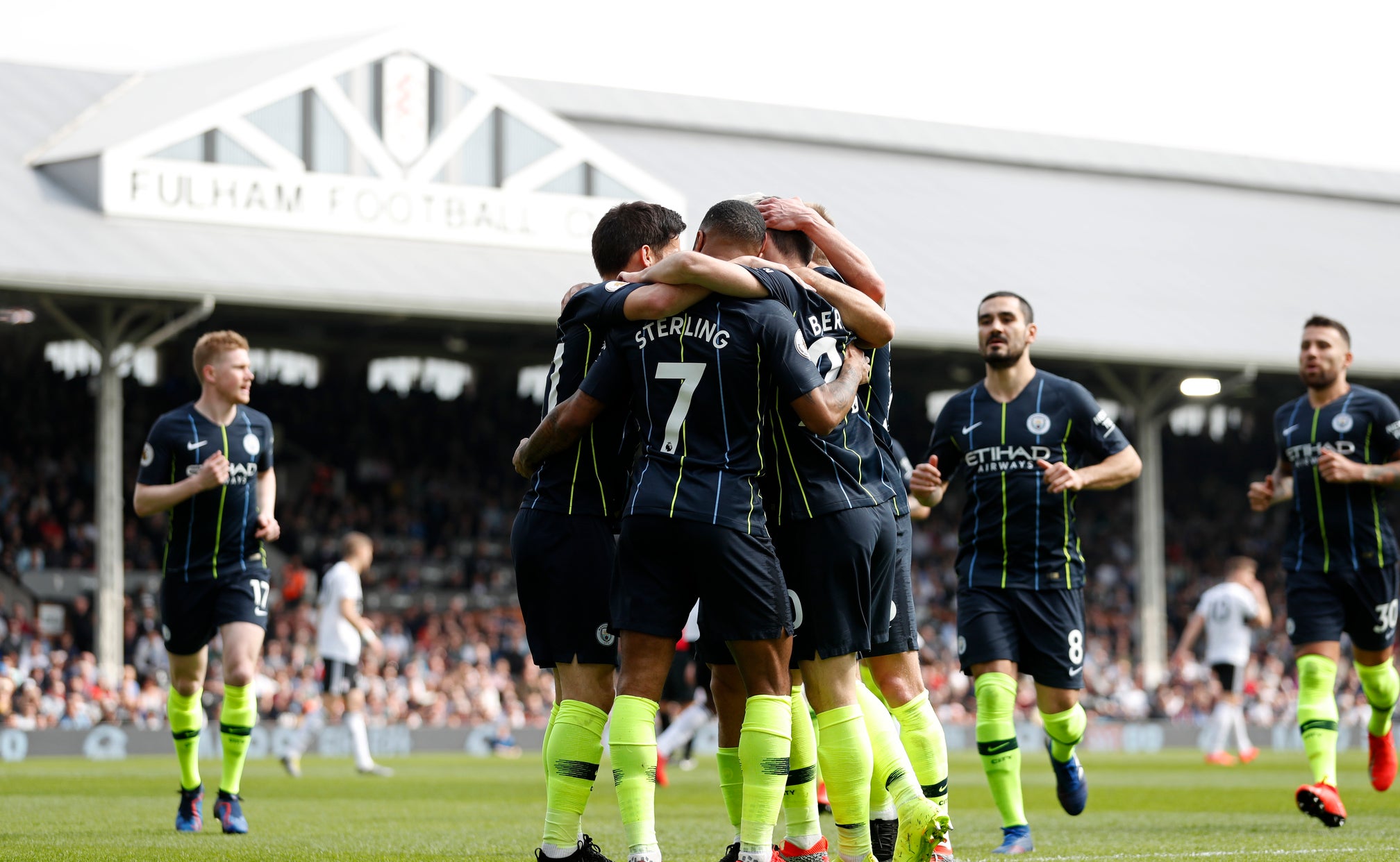 LONDON (AP) — Bernardo Silva and Sergio Aguero sent Manchester City back to the top of the English Premier League after being gifted goals by Fulham to seal a 2-0 victory on Saturday.

City moved a point ahead of Liverpool, which hosts Tottenham on Sunday but will have played a game more than Pep Guardiola's defending champions.

It is little wonder Fulham is next-from-last and facing relegation given the sloppiness of the defending before both City goals.

A misplaced, casual clearance by Timothy Fosu-Mensah in the fifth minute was seized on by Kevin de Bruyne. Aguero received the ball from the Belgian and he teed up Bernardo Silva to strike low into the net.

Fulham was so ineffective on the ball that, when the hosts finally strung passes together in the 15th minute, there were ironic cheers around Craven Cottage.

It was a brief intermission from the City supremacy.

Fulham defender Joe Bryan even helped City with its second goal in the 27th.

Bryan's slack attempt to pass the ball back to Calum Chambers was intercepted and Bernardo Silva squared to Aguero, who struck past goalkeeper Sergio Rico for his 19th league goal.

With a comfortable lead and little threat from Fulham, City could afford its finishing being wayward after the break when Aguero came off injured.

"He says he felt something, but hopefully he's not injured," Guardiola said. "He decided on not continuing. Hopefully it will not be a big issue."

Next up is another game against relegation-threatened opposition, with Cardiff going to City on Wednesday.

Among its remaining seven games, City still has to play a resurgent Manchester United and third-placed Tottenham.

"Seven games left for the Premier League, and it's easy — we have to win every game to be champions," Guardiola said. "We have a tough, tough opponent (Liverpool). But that's the challenge."

Fulham is 13 points from safety with 18 points to play for.