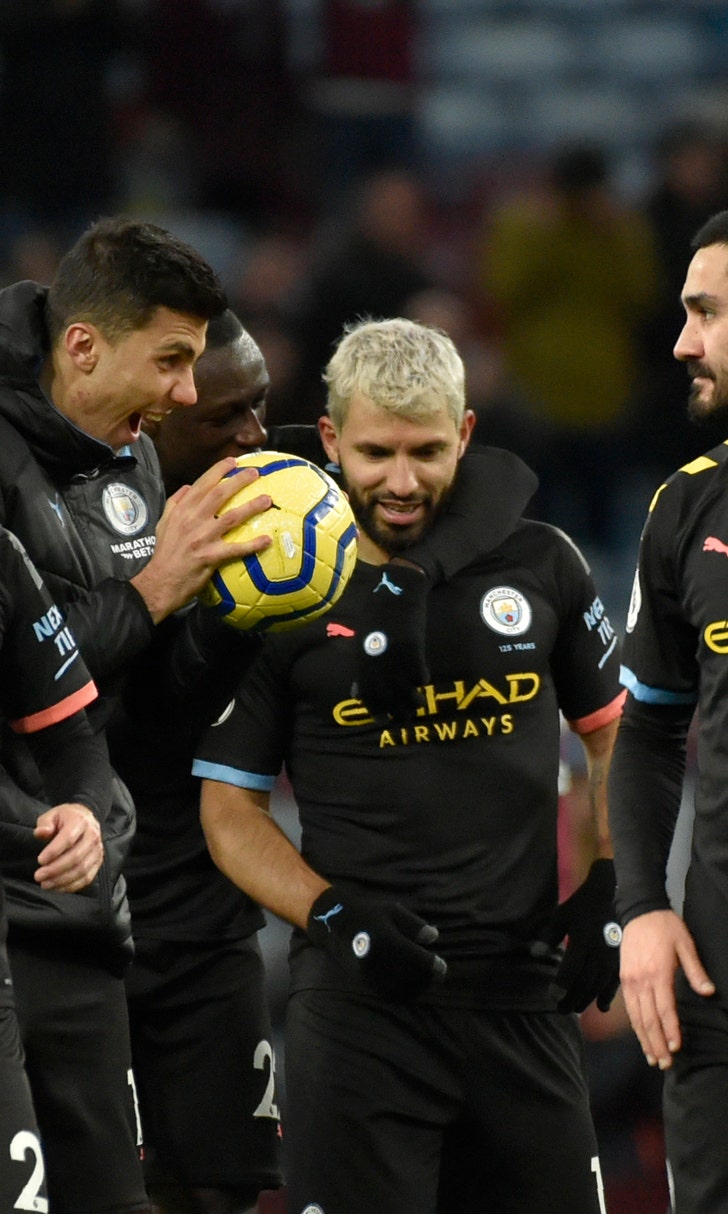 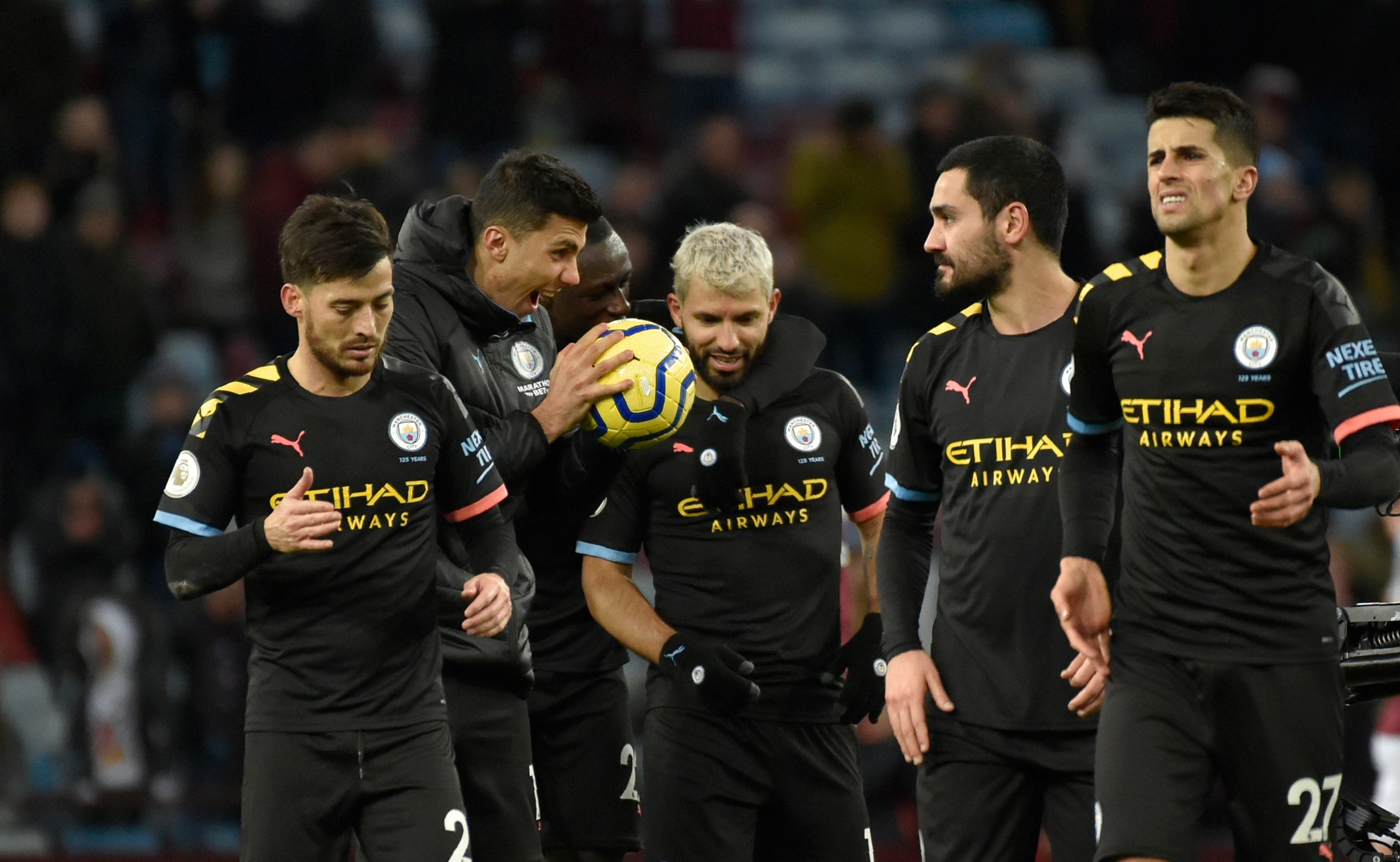 Beyond the records for Aguero - now the league's all-time top-scoring foreign player on 177 goals and scorer of most hat tricks by any player with 12 — the whole City team shone in yet another big win.

"I'm so happy for the record," Aguero said. “But I thank my team mates because they helped me this year. I'm so happy.”

City had 71% of possession and 12 shots on target against just one for Villa, which drops to 18th as it tries to avoid relegation.

Aguero scored three goals, and had an assist for Riyad Mahrez, who scored two in a game for the first time in 16 months. Gabriel Jesus also scored off a cross from Kevin De Bruyne, whose 14 assists this season are six more than any other player in the Premier League.

City looked in near-total control from the start but didn't score until Aguero played in Mahrez in the 18th. Two more goals followed in the next 10 minutes and it was 4-0 by halftime as City threatened to repeat its 8-0 demolition of Watford in September.

There were few positives on a bad day for Villa except its tenacity to chase a consolation goal at 6-0 down. That was eventually rewarded with a stoppage-time penalty scored by Anwar El Ghazi, who refused to celebrate.

Villa's new loan signing Danny Drinkwater looked out of his depth and made costly errors on both of City's first two goals. However, the worst home defending came in the 81st when Mahrez picked up a sloppy Villa pass and played in Aguero, who had plenty of time to score his third goal and City's sixth.