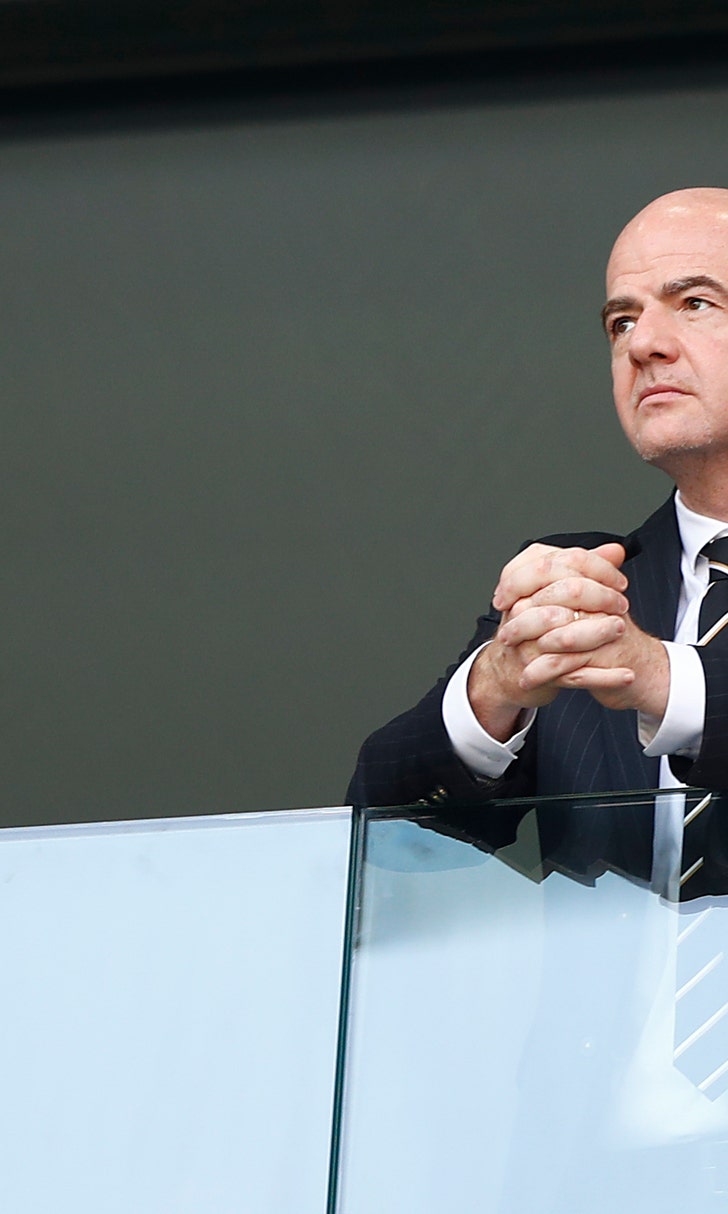 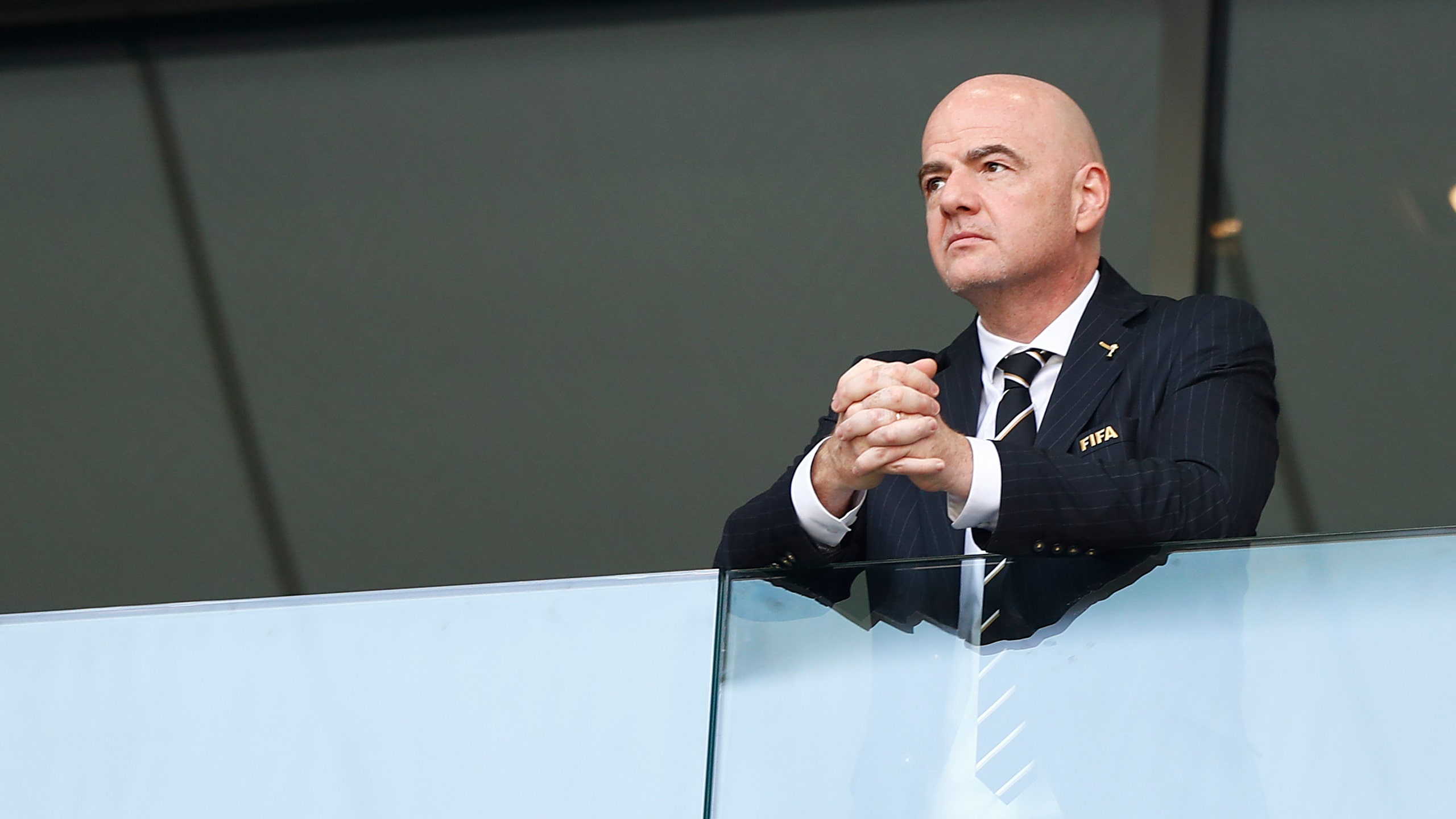 LONDON (AP) — FIFA has officially eradicated corruption. All it took was pressing the delete key.

Soccer officials and players who bother checking out the new code of ethics governing their conduct will find the word "corruption" missing. They also will discover how to avoid being banned for paying and receiving bribes.

Corruption was scrubbed as an official misdemeanor during secret meetings where executives executed the first overhaul of the code since a wave of scandals left soccer's governing body "clinically dead" by 2015. That was the hyperbole used by Gianni Infantino during a speech at the World Cup in June boasting of his own apparent achievements cleaning up FIFA.

But in two years as FIFA president, Infantino has been accused of violating governance rules and forcing out officials who threatened his position.

It will be even easier now for FIFA to banish critics.

A new offense has been introduced in the ethics code — defamation. There are no specific examples, providing flexibility for the ethics committee to decide on the burden of proof — as with all cases.

"Persons bound by this code are forbidden from making any public statements of a defamatory nature towards FIFA and/or towards any other person bound by this code in the context of FIFA events," section 22.2 of the new code states.

Those found to have defamed FIFA will be banned from any football-related activities for up to two years and they can be booted out for five years for repeated "serious cases."

"This will tamp down criticism of all kinds, which is presumably what FIFA is hoping for," former FIFA governance committee member Alexandra Wrage , an expert in anti-bribery compliance, told The Associated Press on Monday. "While well-governed organizations are encouraging transparency and urging people to speak up if they have concerns, FIFA takes the authoritarian stance that people should stay quiet.

"Defamation requires a false statement and FIFA would have to prove that any criticism was false, but the real value to FIFA is the chilling effect this will have on critics."

The ethics code was first introduced in 2004 by Sepp Blatter to provide a veneer of probity for an organization abused for personal gain by so many for decades. Of course, Blatter was expelled from the FIFA presidency for financial misconduct in 2015 by the ethics committees he created. Blatter's toppling came amid the fallout from American prosecutors indicting dozens of football officials and entities for corruption — the concept now erased by FIFA from its principle English-language ethics documents.

Bribery is still prohibited in the ethics code, but the ability to prosecute cases has been weakened.

The 2012 code said "prosecution for bribery and corruption" was not subject to a "limitation period." However long it took investigators to uncover offenses, you could still be sanctioned.

But section 12.1 of the new code states, "Bribery, misappropriation of funds and manipulation of football matches or competitions may no longer be prosecuted after a lapse of ten years."

The message to soccer officials not deterred from seeking to profit from bribery and fraud by the criminal cases: As long as the misdemeanor is not discovered for 10 years you will be in the clear at FIFA.

Ethics prosecutors now only have five years to complete cases into other general breaches of the code — half the previous time permitted to uncover wrongdoing.

The new code does allow the lead ethics prosecutor Maria Claudia Rojas to enter into plea bargains to resolve cases that do not involve bribery, misappropriation of funds or match fixing. But that could add another layer of murkiness and secrecy, keeping cases hidden from public view.

"The new FIFA is a democracy it is not a dictatorship," Infantino told FIFA members during an address in 2017. "It is a transparent organization ... a deeply honest organization."

But ask for clarity on changes to the ethics code that helped to banish a raft of unscrupulous officials and there is little willingness to be transparent. FIFA was ill-prepared to respond to questions following a review by the AP of the new code ahead of its implementation. The Zurich-based body only says the changes were based on proposals from the ethics committee, whom soccer fans never get to hear from.

During their first years in the job, the heads of the investigatory and adjuratory chambers of the ethics committees have been blocked from speaking to the media by FIFA.

FIFA finally has found more compliant scrutineers of ethics. The previous judge and prosecutor were ousted in 2017 by Infantino, prompting them to claim FIFA's integrity was being jeopardized by the president.

After the revamp to the ethics code — approved in private by the FIFA Council — soccer's resolve to kick out the crooks still seems ambiguous. Particularly when the very word corruption has been purged.