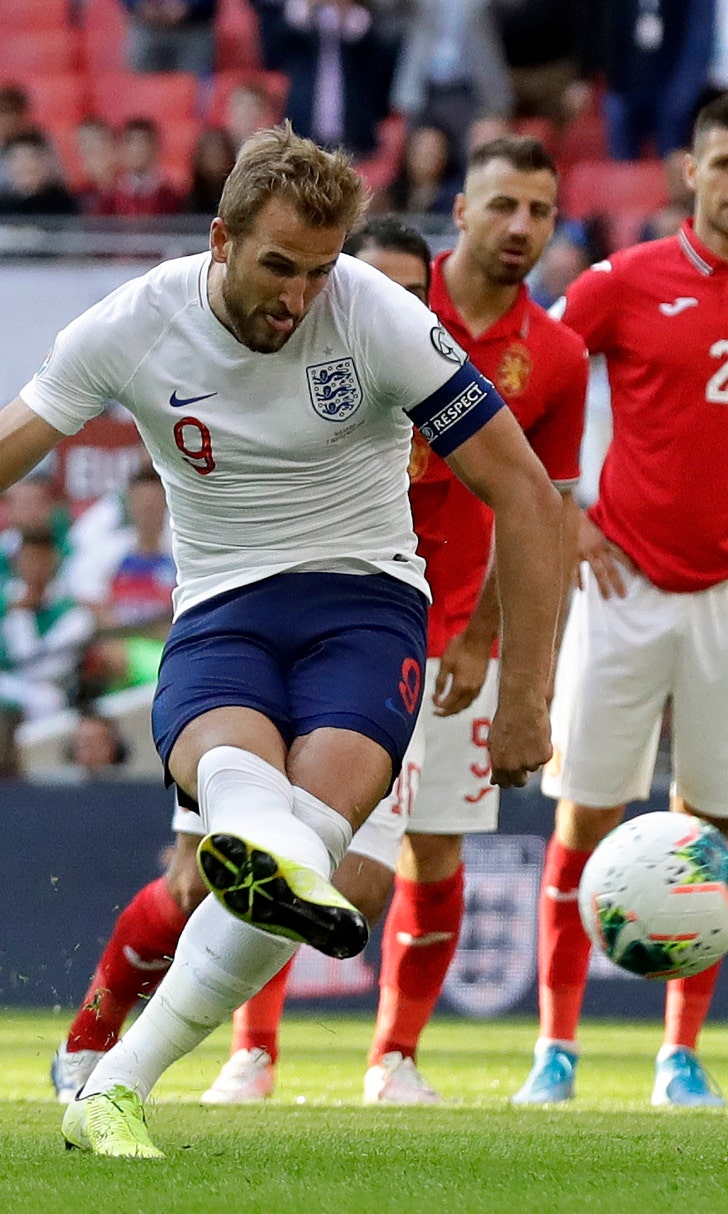 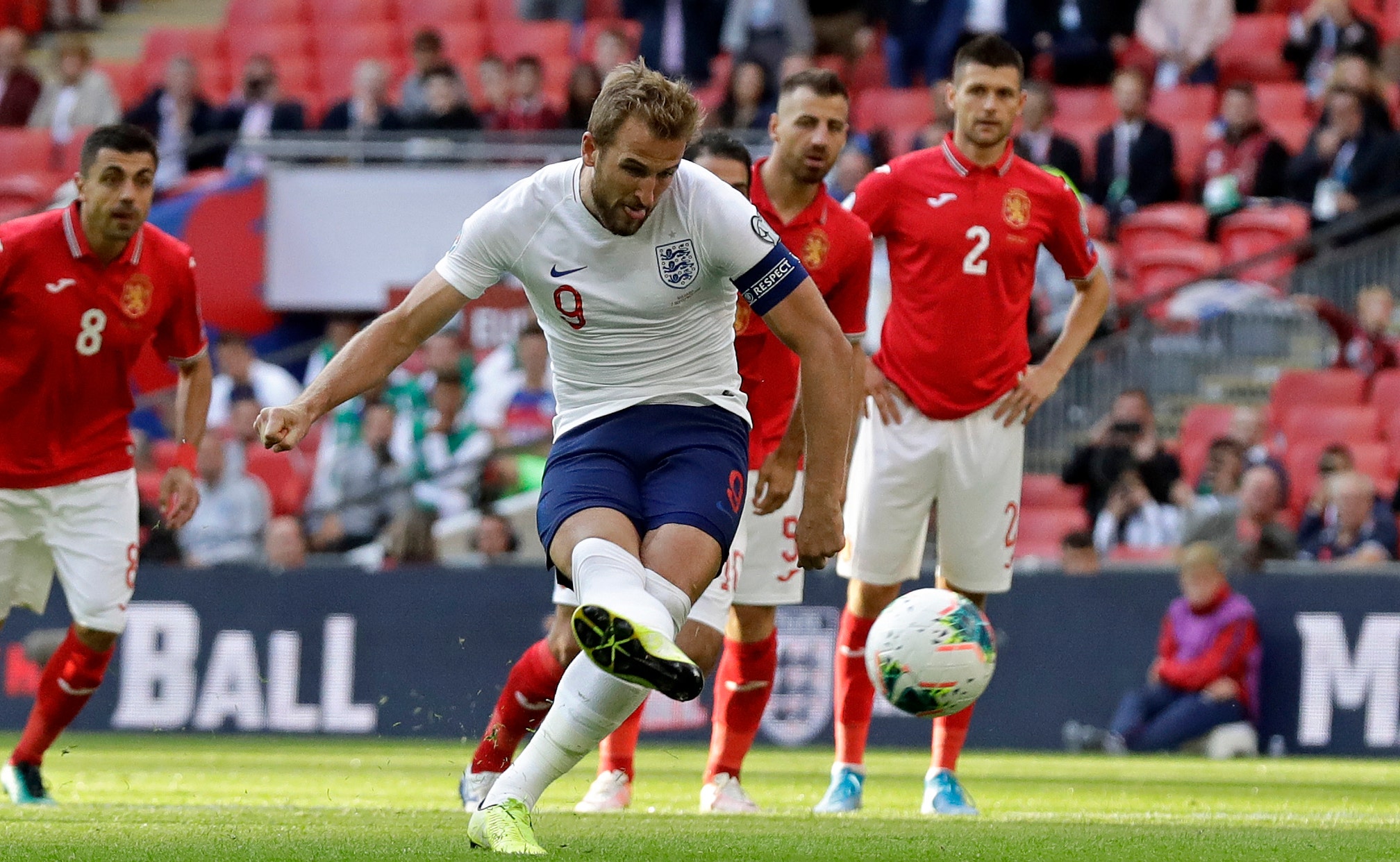 With a third win in Group A, England leads by one point with a game on hand over Kosovo, which beat the Czech Republic 2-1 and plays Gareth Southgate's side on Tuesday.

England is the main host of the continent-wide Euro 2020, with Wembley staging seven games, including the semifinals and final.

"We had a little taste of success in the World Cup," Kane said of the run to the semifinals in 2018. "Obviously we didn't get to where we wanted to go, but we've got to use that as motivation to go all the way at the Euros."

Kane moved ahead of Stan Mortensen and 1966 World Cup winner Geoff Hurst in England's all-time scoring chart, with Wayne Rooney's record of 53 goals the ultimate target for the forward.

"He's actually a very unselfish player," Southgate said. "He works so hard for the team and he's more than happy to drop into areas to leave space for others and play passes into others.

"But, when he gets his moment, then he just has an outstanding mindset and, technically, he's a top, top finisher."

Kane has 25 goals in 40 internationals, the first coming after 24 minutes against Bulgaria.

Sterling pressed the Bulgaria defense from a short goalkick and teed up Kane, who netted from close range.

Bulgaria threatened an equalizer soon after the restart before Kane was on target again in the 49th minute. Marcus Rashford advanced down the left and was tripped in the box by Nikolay Bodurov. Kane netted from the spot.

Kane turned provider in the 55th as he centered for Sterling to bundle into the net.

Kane celebrated his second England hat trick with another spot kick in the 73rd after being brought down by Kristian Dimitrov.

"He was outstanding in the first half in particular where it was difficult to find space," Southgate said. "We were a little slow moving the ball. I didn't think we had enough runs in behind but he was a constant threat throughout that period and his willingness to work without the ball to go and press and win the ball back for the first goal set absolutely the right tone for the team.

"So he'll probably have the hump that he's only got one today because his mindset has shifted so much towards that desire to score goals."

Kosovo is in the second automatic qualification place, two points ahead of the third-placed Czechs, in its first-ever Euros qualifying campaign.

Bulgaria is last with two points after five games.