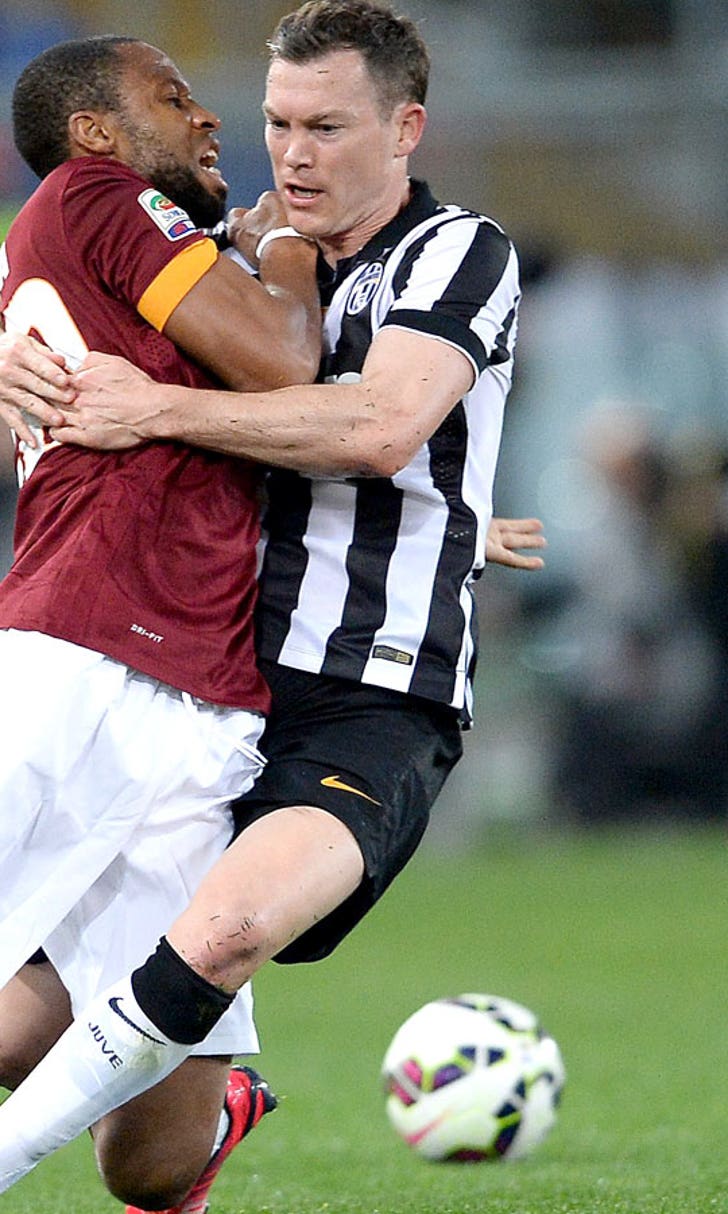 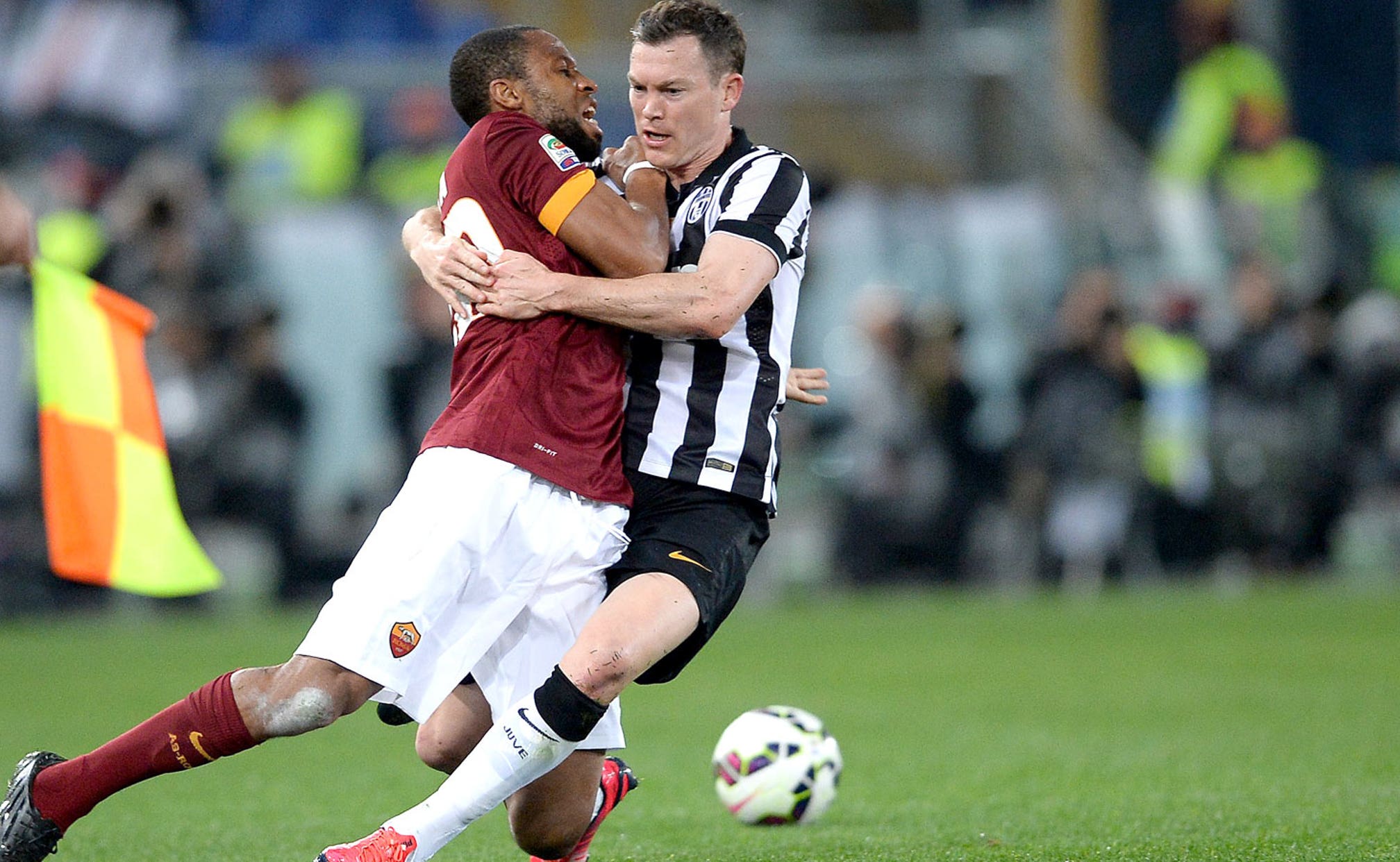 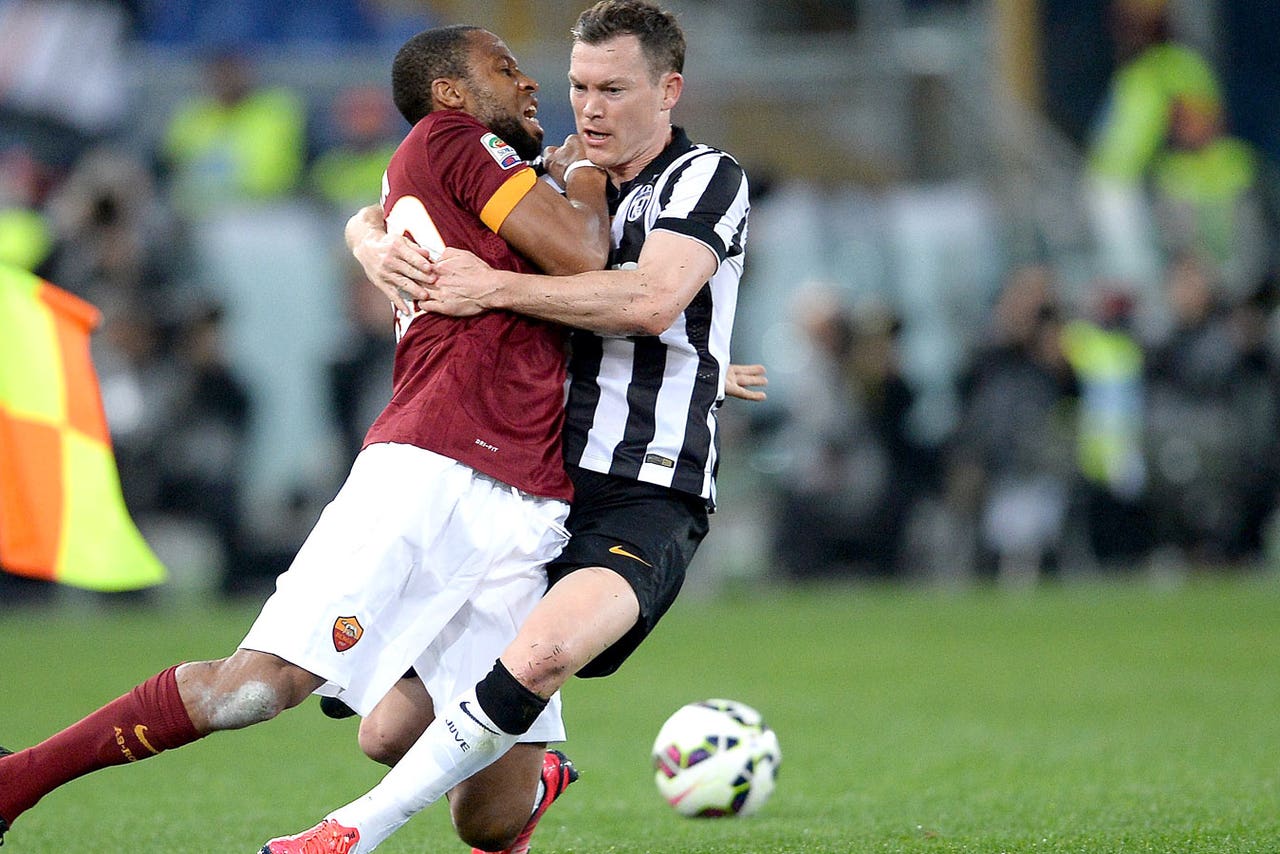 Ten-man Roma scored a late equalizer to salvage a 1-1 draw with Juventus on Monday and keep alive its faint Serie A title hopes.

Former Barcelona midfielder Seydou Keita headed in following a free kick in the 78th minute at the Stadio Olimpico after Carlos Tevez had given Juventus the lead 14 minutes earlier with a curling free kick.

Tevez's goal came shortly after Vasilios Torosidis was shown a second yellow card for a debatable foul on Arturo Vidal, marking the fourth red for Roma in its last four Serie A meetings with Juventus.

The latest red card is sure to revive controversy that followed the teams' first meeting this season in October, which Juventus won 3-2 with the aid of glaring refereeing errors.

The rematch was a physical test that saw 11 yellow cards branded.

It marked Roma's sixth consecutive draw at home and the Giallorossi's seventh stalemate in their last eight matches.

Juventus maintained a nine-point lead over Roma with 13 rounds remaining, while Roma moved four points ahead of third-place Napoli in the race for a direct Champions League berth.

The match started 15 minutes late to show solidarity for crisis-hit Parma, which is on the verge of financial failure and has had its last two matches postponed indefinitely.

Neither side produced clear chances in a tense and physical first half that saw no shots on goal.

The closest either team came to scoring early on came when Kostas Manolas intercepted a cross from Alvaro Morata and nearly redirected it into his own net in the 22nd.

On the half-hour mark, Keita couldn't take advantage of a close-range opportunity and goalkeeper Gianluigi Buffon quickly collected the danger.

Juventus winger Roberto Pereyra dribbled past three defenders to set up Tevez in the 42nd but the Argentine's shot was deflected wide.

Both sides came out with more aggression for the second half and a long, angled shot from Vidal went just wide in the 50th.

It wasn't until just after the hour mark, though, that the course of the match changed. That was when Torosidis was whistled for what appeared to be a light touch on Vidal.

With Juve free-kick specialist Andrea Pirlo missing due to injury, Tevez stepped up, and curled the ensuing free kick over Roma's wall and inside the left post from 22 yards. Roma goalkeeper Morgan De Sanctis was left standing rooted as the ball sailed past him into the net.

It was Tevez's 15th goal of the season, moving one ahead of Inter Milan's Mauro Icardi atop the league scoring chart.

Buffon then preserved the lead by pushing wide a header from Manolas in the 72nd.

In the 77th, Juventus defender Giorgio Chiellini — the recipient of Luis Suarez's bite at the World Cup — was shown a yellow for a foul on Roma substitute Juan Iturbe just outside the area on the right flank. Florenzi's ensuing free kick was redirected by Keita beyond the reach of Buffon with Juventus midfielder Claudio Marchisio claiming the last touch in a failed attempt to deny the goal-bound effort.