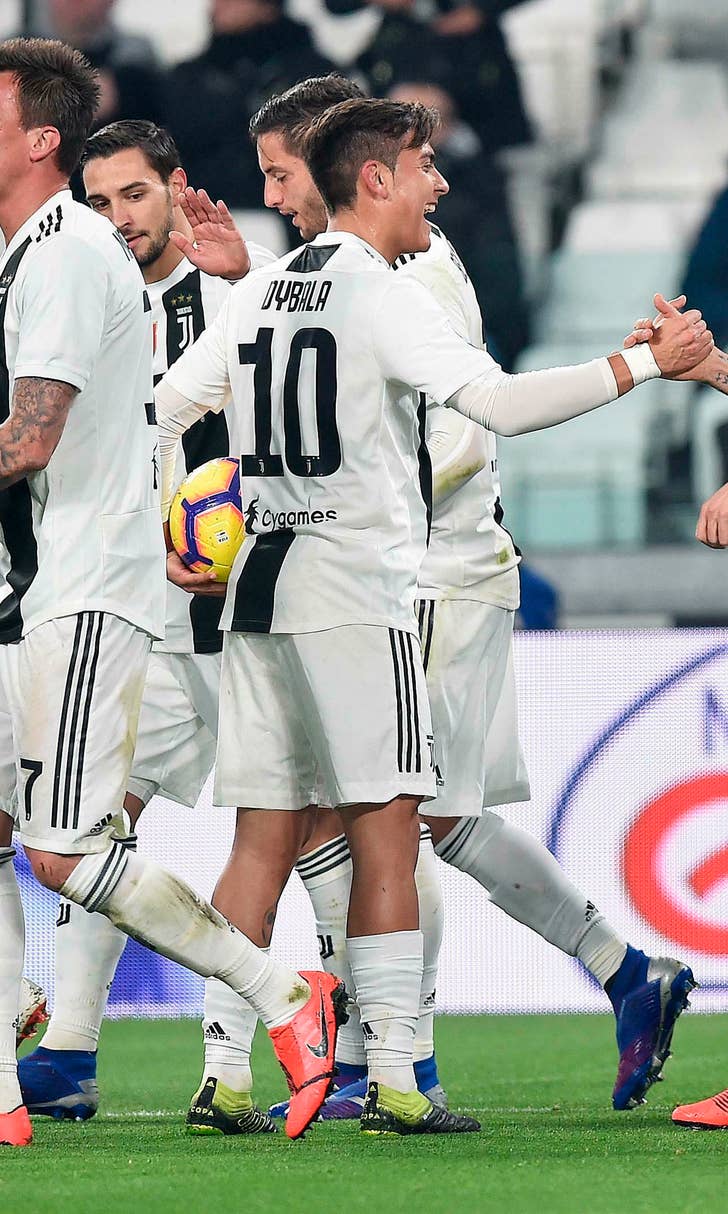 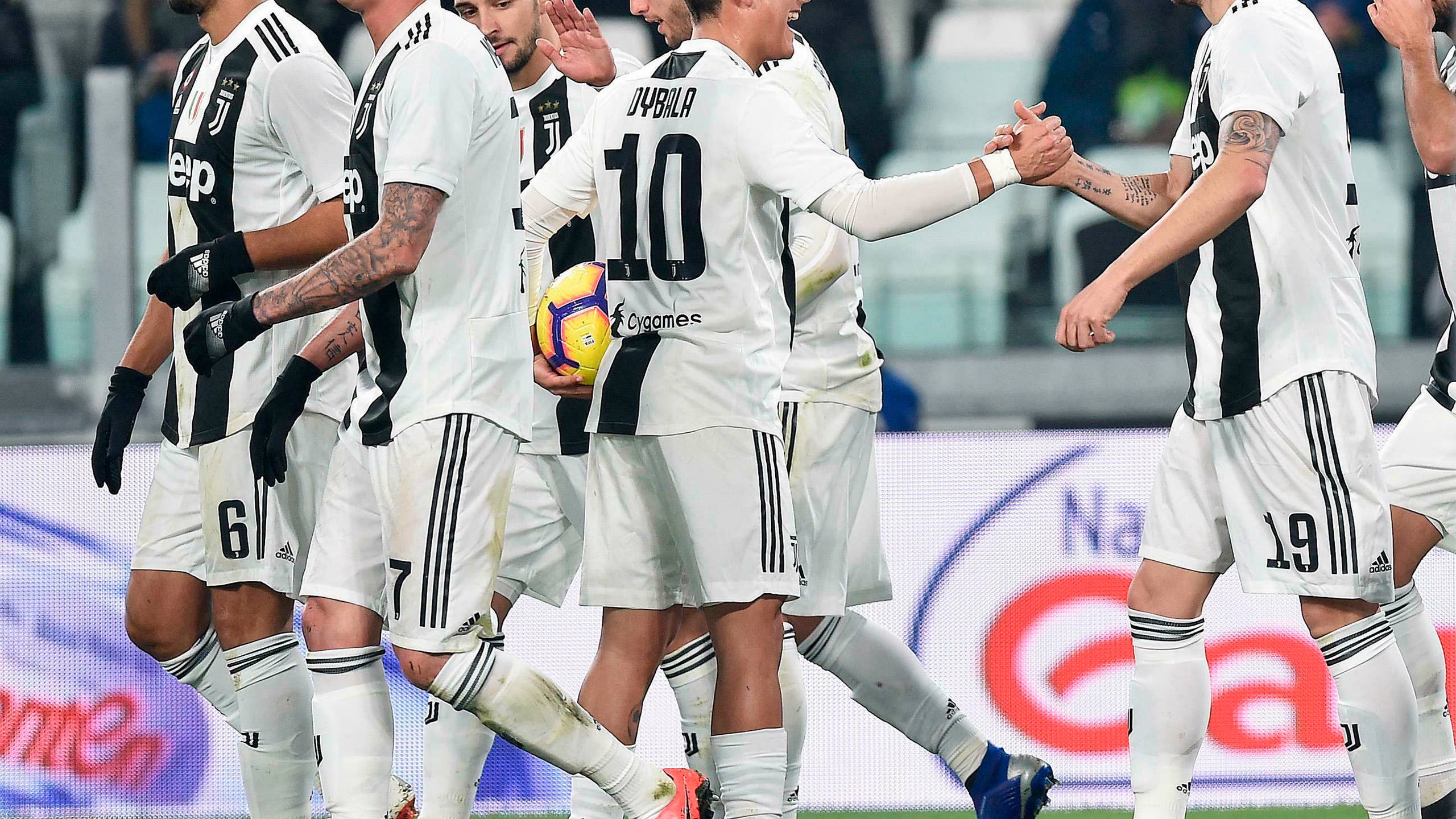 TURIN, Italy (AP) — Juventus warmed up for the Champions League round of 16 in the best possible way on Friday, easing to a 3-0 win over Frosinone to move 14 points clear at the top of Serie A.

The result was decided early after goals from Paulo Dybala and Leonardo Bonucci in the first 16 minutes. Cristiano Ronaldo then added his league-best 19th goal as Juventus continued its seemingly unstoppable march to a record-extending eighth successive Serie A title.

"The team is growing from a physical point of view," Juventus coach Massimiliano Allegri said. "We struggled a bit after the winter break but now we're ready to face this important period of the season, both in the league and in the Champions League."

Frosinone remained next to last in the standings, but only two points from safety in a tight bottom half of the table.

Juventus plays the first leg of the round of 16 at Atletico Madrid on Wednesday and Allegri was able to rest several players while also giving a run out to Bonucci and fellow defender Giorgio Chiellini, who were returning from injury.

Dybala had played just seven minutes in the past two matches but was included in the starting lineup and the Argentina international curled a shot into the top right corner from 20 yards in the sixth minute for his first league goal since Nov. 3.

"I'm happy for Paulo," Allegri said. "He had a great performance and a great goal. Forwards live for that.

"We need his work between the lines, all the more so this year that we're playing with two forwards other than him. That has limited him a bit maybe in scoring but not in his movements and his performances, he's still playing very well."

Juventus doubled its lead 10 minutes later when Bonucci bundled home the rebound after Frosinone goalkeeper Marco Sportiello made a great save of Mario Mandzukic's diving header.

Juventus then sat back and took until the 63 minute to extend its advantage as Mandzukic cut the ball back and Ronaldo fired it into the bottom right corner.