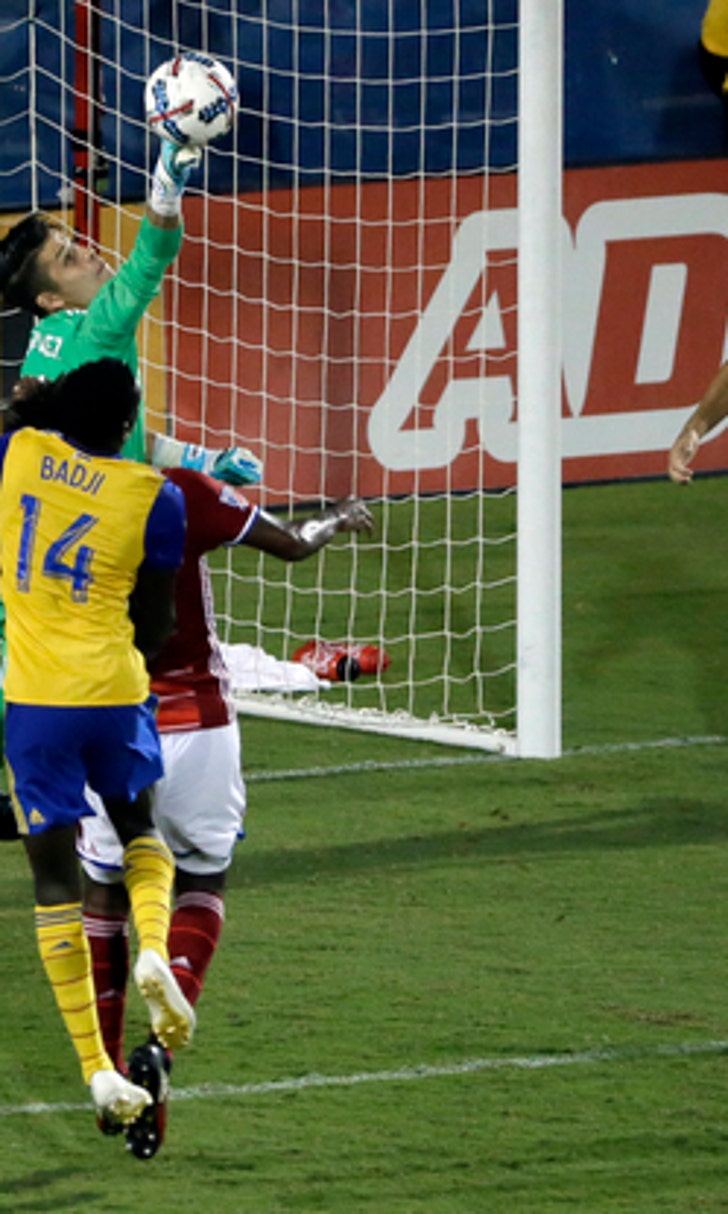 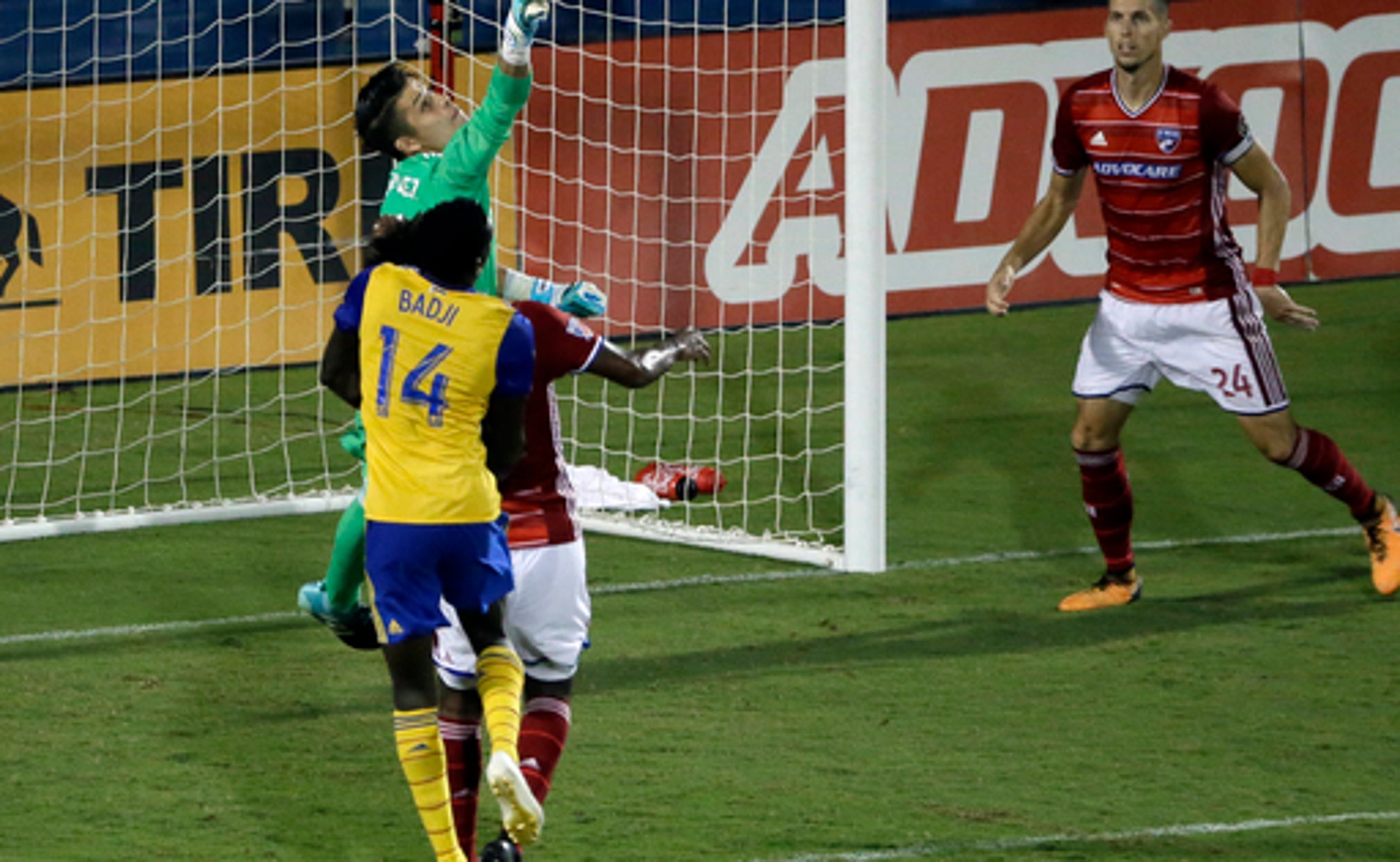 FRISCO, Texas (AP) Tim Howard had six saves for the Colorado Rapids and FC Dallas had a goal taken away by video review as the teams played to a 0-0 draw on Saturday night.

The match was delayed nearly 90 minutes due to lightning in the area.

It was Howard's third shutout this season for Colorado (6-12-4), which is winless in its last 11 road matches - the third-longest such streak in franchise history - dating to last season.

Maximiliano Urruti had a goal disallowed after video review due to a foul committed by FC Dallas' Atiba Harris during the attacking phase leading up to the goal. It was the second match in a row that Dallas had a goal called back on video review, which was introduced in MLS beginning Aug. 5.

FC Dallas (9-5-8) is winless in its last three after a three-match win streak. It had a season-high 28 shots on Saturday.

Tim Howard
share story
those were the latest stories
Want to see more?
View All Stories
Fox Sports™ and © 2020 Fox Media LLC and Fox Sports Interactive Media, LLC. All rights reserved. Use of this website (including any and all parts and components) constitutes your acceptance of these Terms of Use and Updated Privacy Policy. Advertising Choices. Do Not Sell my Personal Info