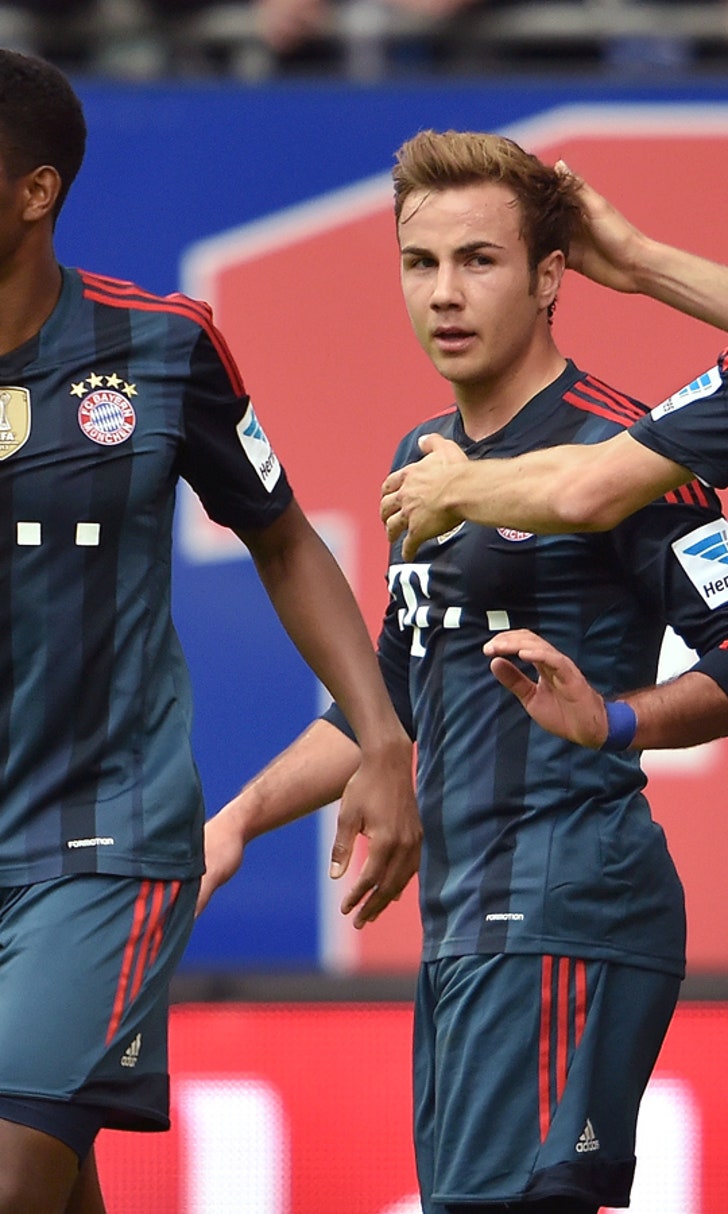 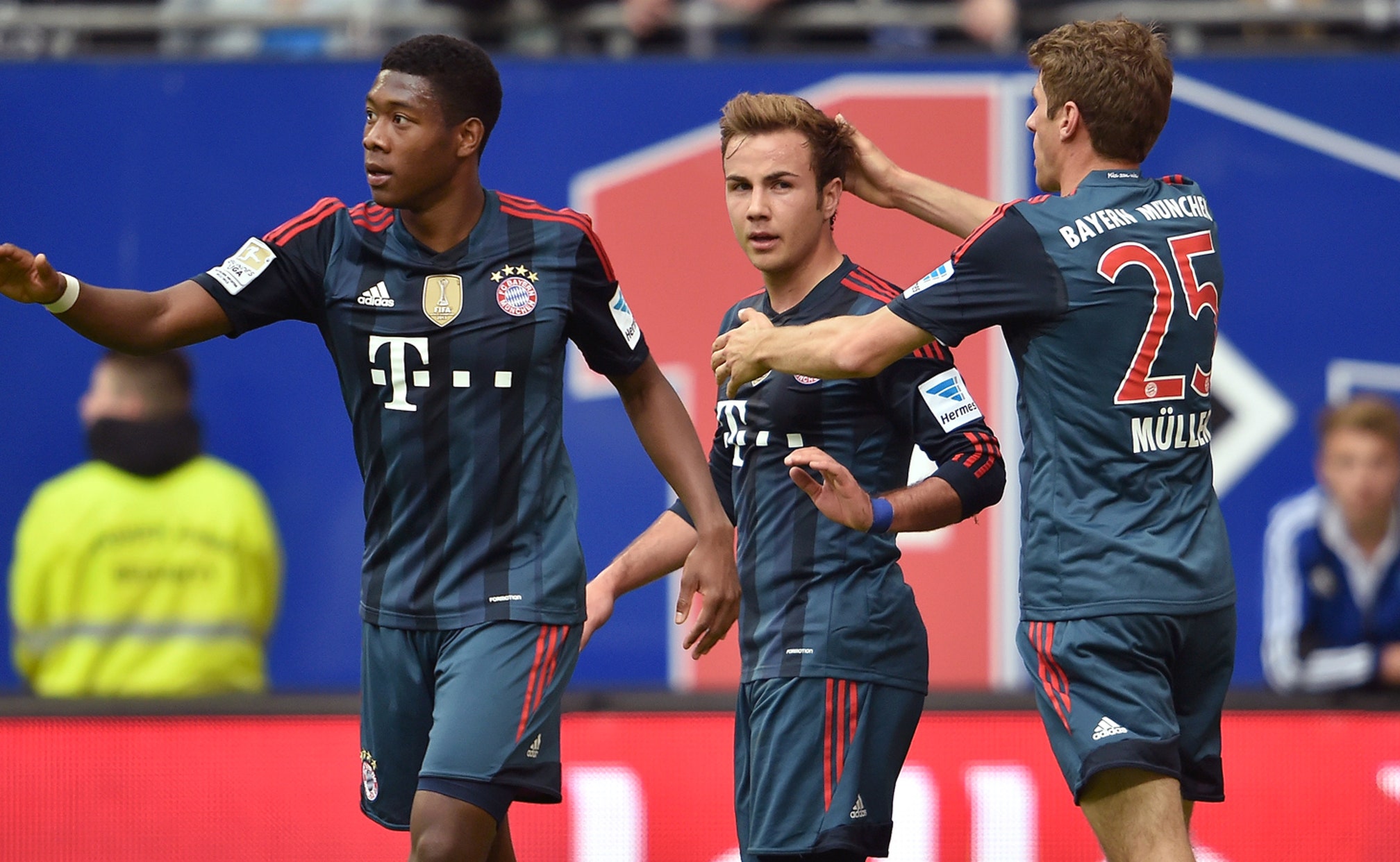 Hamburg's Bundesliga future was left dangling by a thread after Bayern Munich bounced back from their midweek Champions League disappointment with a convincing 4-1 win at the HSV Arena.

Gotze raised that to three before Hakan Calhanoglu netted a consolation for Mirko Slomka's men, who conceded once again when Claudio Pizarro wrapped up Bayern's win before Jerome Boateng earned a late red card.

Hamburg go into the last weekend of the season needing to do better than both Nurnberg and Eintracht Braunschweig in order to earn a play-off for survival with the side which finishes third in the 2. Bundesliga.

Guardiola left the out-of-sorts UEFA Best Player in Europe Franck Ribery out of his squad entirely, choosing Gotze instead, with Thomas Muller preferred to Mario Mandzukic in the Bavarians' attack.

Hamburg were without their first-choice striker Pierre-Michel Lasogga, meaning Ivo Ilicevic was forced to play out of position up front.

He went closest to opening the scoring with a shot into the side-netting as Hamburg took the game to their guests, showing how hungry they were for the win.

Bayern soaked up the pressure relatively easily, though, before taking the lead with their first chance of the match.

Gotze played a one-two with Arjen Robben before stroking his shot past Rene Adler into the far corner, silencing the home fans for the first time all afternoon.

Thomas Muller almost made that silence deathly when he wasted a glorious opportunity from Bastian Schweinsteiger's header, but Hamburg were not going to go down without a fight and a fine turn and shot by Rafael van der Vaart had Manuel Neuer at full stretch to push the ball over.

Muller did add a second 10 minutes into the second half when he deflected Gotze's low shot past Adler.

Muller then returned the favour for Gotze to make it three after Adler only parried a Robben effort.

There were few celebrations when Calhanoglu pulled a goal back from outside the penalty area with Hamburg's fate already sealed.

There was still time for Pizarro to spring from the bench and add a fourth for the Bavarians, scoring with an overhead kick after his first shot was saved by Adler.

The only blot on an otherwise perfect afternoon for Bayern came when Boateng was given his marching orders for clashing with Kerem Demirbay.