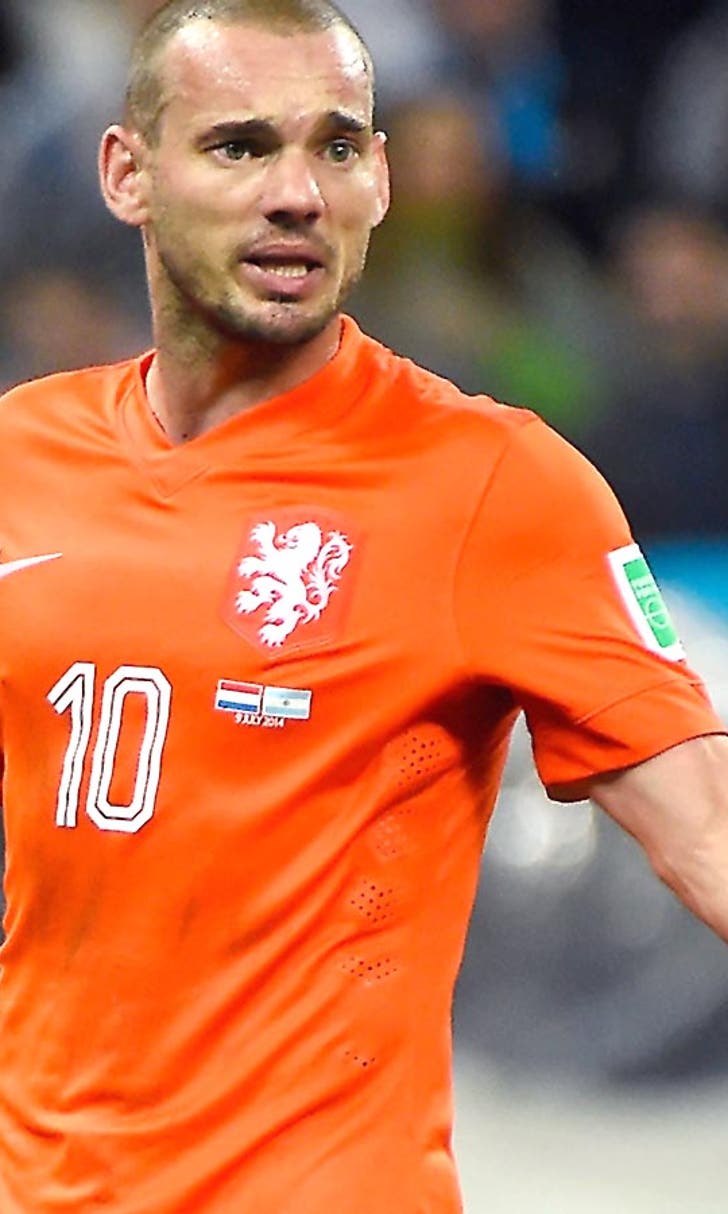 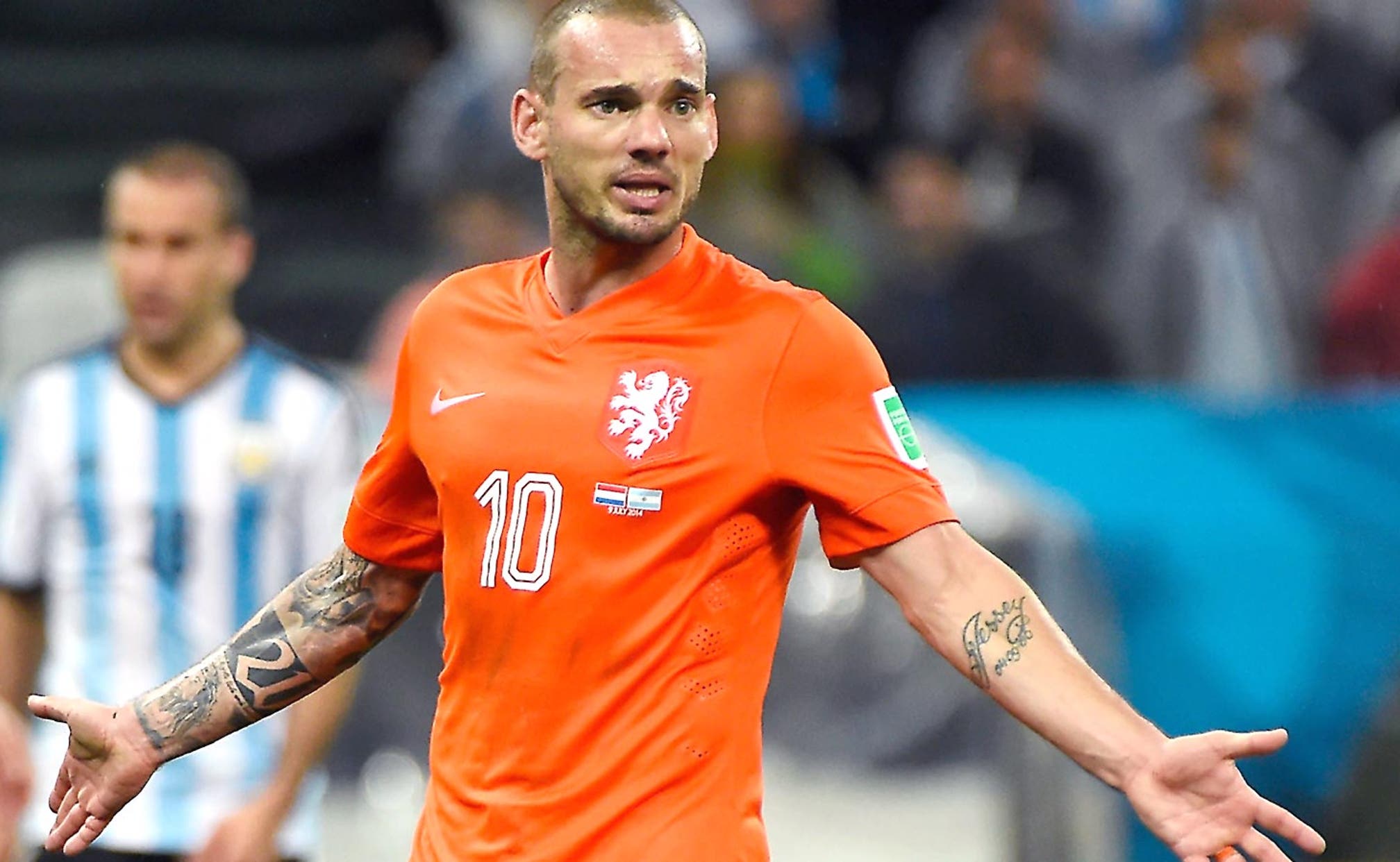 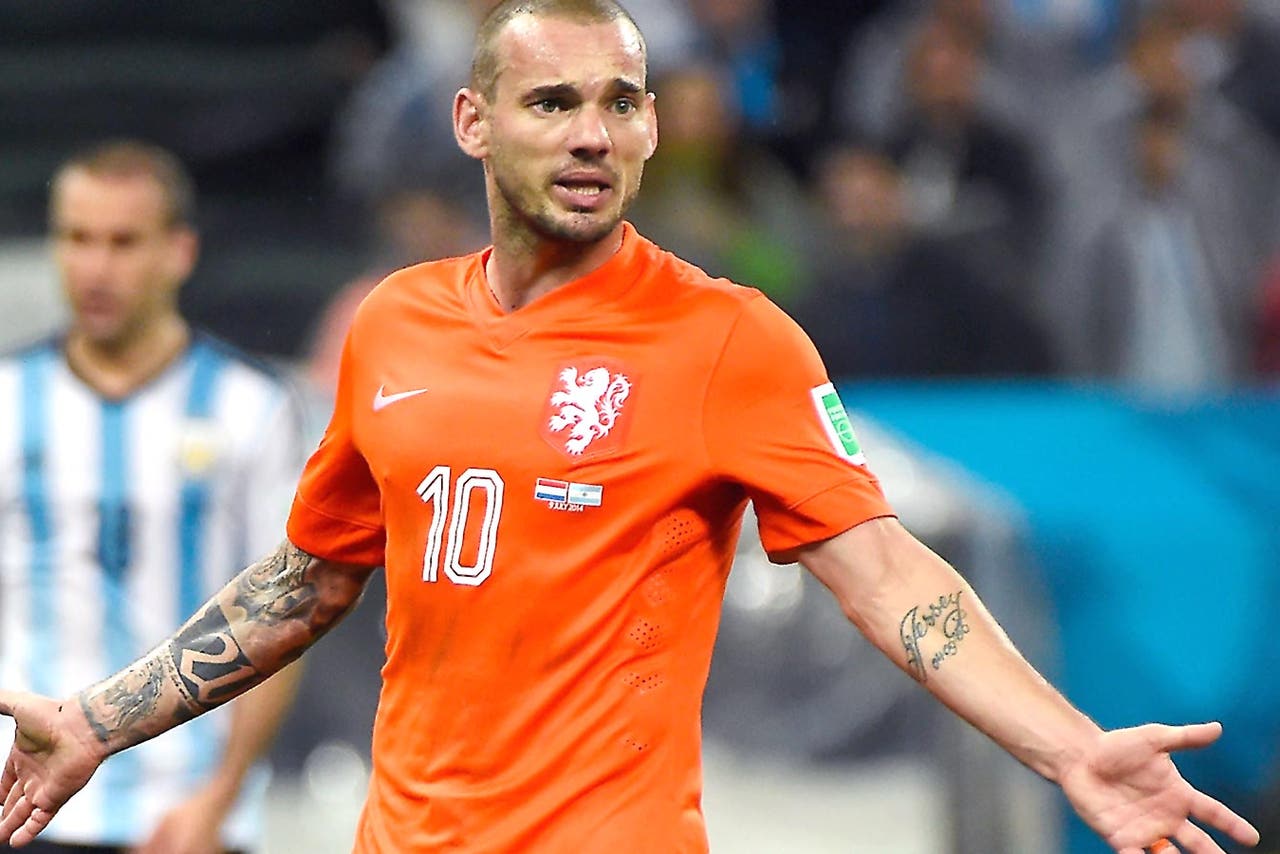 Galatasaray have admitted that they would be powerless to prevent Wesley Sneijder leaving if they receive an offer of $27million.

The Holland international has been strongly linked with a move to Manchester United this summer following the appointment of Louis van Gaal as the Premier League club's manager.

Van Gaal saw his Netherlands side exit the World Cup at the semi-final stage on Wednesday evening as they were beaten 4-2 on penalties by Argentina.

The experienced coach will take charge at Old Trafford after the completion of the third place play-off against hosts Brazil on Saturday but has already seen his new employers bring in Ander Herrera and Luke Shaw.

There are suggestions that 30-year-old former Inter Milan playmaker Sneijder could be the next player to be bound for Old Trafford as United look to improve their attacking options.

And while Galatasaray do not want to see him move on, club president Unal Aysal has revealed that a significant bid would allow Sneijder to depart.

Aysal is quoted as saying by The Sun: "Sneijder is a good player. We want to keep him at Galatasaray.

"If we receive an offer of 20million euros ($27million) we do not have the luxury of saying no. That is stipulated in the contract.

"All I can say is that if any club pays us 20million euros ($27million) and he wants to go then we can't force him to stay â it's written in his contract."