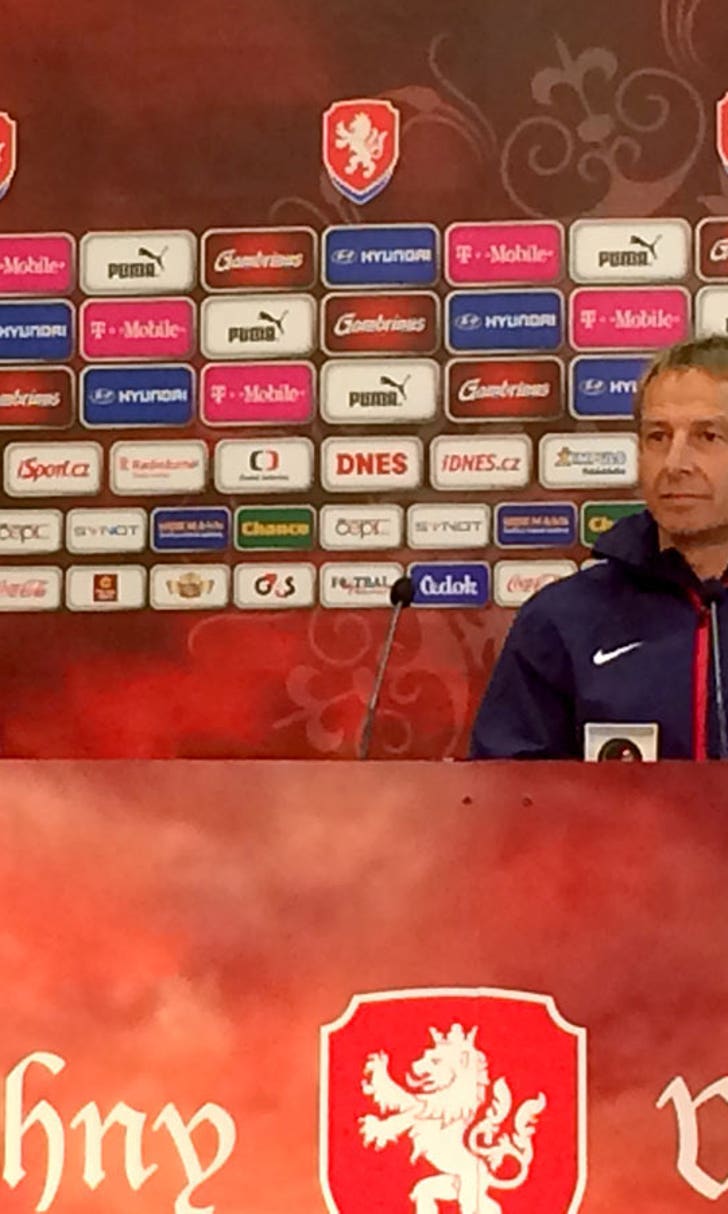 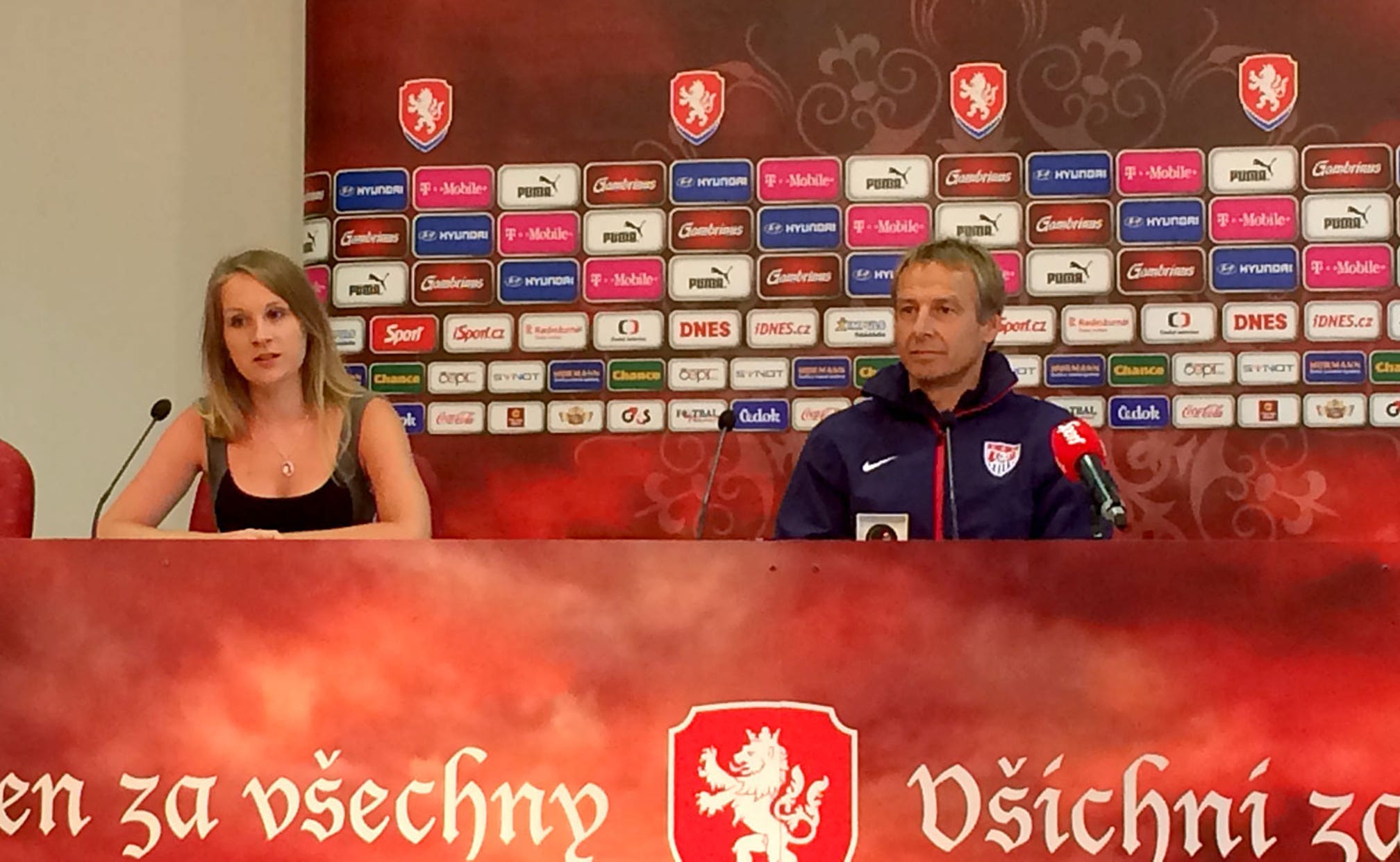 Five Points: USA starts to plan for the future against Czech Republic 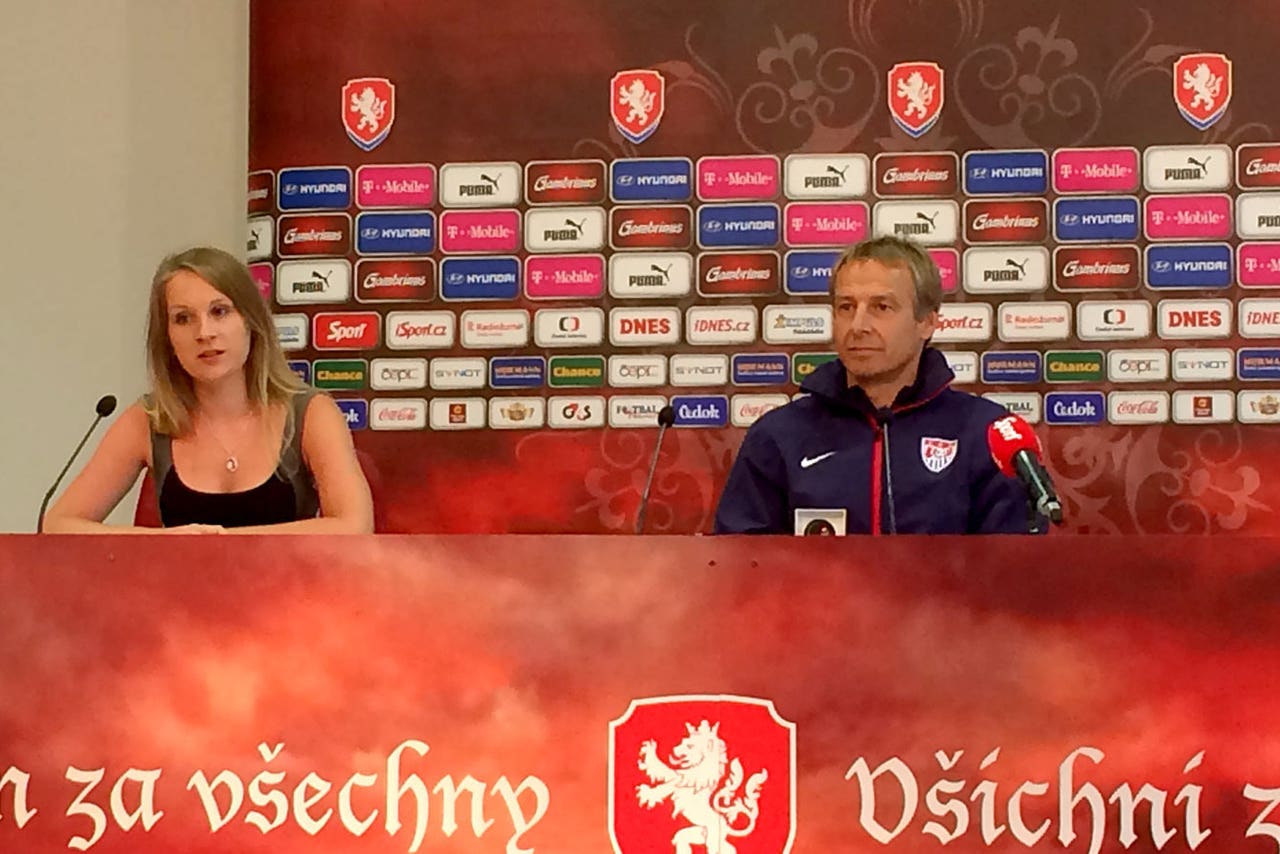 United States men's national team manager Jürgen Klinsmann spent much of his Tuesday discussing the future. It is a natural topic with the World Cup now in the rear view mirror and the next cycle now appearing just over the horizon. There are plans to lay and players to evaluate with four hectic years ahead.

The process starts in earnest against Czech Republic (live, Wednesday, 2:15 p.m. ET). The result in this first post-World Cup friendly matters far less than the opportunity to shift the mindset toward the challenges ahead.

“For us, it’s a new beginning after the World Cup in Brazil,” Klinsmann said at a press conference at Generali Arena on Tuesday. “The end in mind is Russia 2018. For us, this starts now. It’s a big chance for us to start to integrate young talent -- very good and promising talent -- to give them an opportunity to understand what the environment of a senior national team is all about. That’s why we’ve brought so many good, young talents to Prague.”

Klinsmann will field a blended group comprised of regular starters, fringe players and promising prospects against the Czechs. He will use this friendly -- the first in a series of four matches scheduled for the remainder of the year -- to evaluate the players at his disposal and shepherd new options into his squad.

The circumstances create a stern test against a Czech team with experience (Petr Cech, Michal Kadlec and Tomas Rosicky form the core of the team), familiarity (12 of the players feature for either Sparta Prague or Viktoria Plzen) and urgency (Euro 2016 qualifying starts against Netherlands next Tuesday) on its side. Here are a few points to ponder ahead of the examination:

1. Revamped group must compensate for its lack of cohesion

Klinsmann included 10 World Cup players in his roster (Geoff Cameron eventually pulled out through injury) and selected a raft of fringe players and promising prospects to fill out the squad. The decision to bring this sort of group together creates a useful mix for evaluation purposes, but it also raises questions about how the players will cope with an organized and seasoned Czech outfit after just two training sessions together.

“It’s always tricky,” USA goalkeeper Brad Guzan said. “The biggest part -- and something you have to weigh up -- is the fact that we’re only together for a day and a half, two days before we play the game. There isn’t much time to get to know guys. That’s why you lean on guys who have been around for a few years, guys who have played in big games.”

2. Goalkeepers must provide a firm foundation as number one battle commences

Guzan and Nick Rimando certainly fall into that category after their experiences at club level. Both goalkeepers will play a half against the Czechs as they ramp up their competition to take the reins from the absent Tim Howard. Guzan enters this match as the favorite to win the job full time, but Rimando plans to push him all the way in a bid to earn more playing time.

“It’s kind of in my hands a little bit to see how I do on the field,” Rimando said. “(USA goalkeeper coach Chris Woods) gives us everything we need. He gives us all of the confidence that we need in ourselves. It’s about going on the field and doing it.”

The dynamic between the two goalkeepers creates plenty of incentive on a night when they will likely find themselves tested. Guzan and Rimando need to organize their back four and the entire defensive shape and produce the timely save when called upon to ensure this makeshift side navigates through the inevitable bumps.

3. Communication looms as the key for the defensive shape

The integration of new players often extracts the heaviest toll on the defensive efforts, particularly for a side with designs on playing more expansively during this cycle. The shape isn’t familiar or natural from back to front with or without the ball. The defenders aren’t quite sure when or where the midfielders are checking to the ball to help move it up the field. The midfielder often labor in possession at points for similar reasons. The wingers and forwards present their own headaches by pressing high in a bid to impress without necessarily falling back into the correct spots.

All of those factors heap some responsibility on the back four in the expected 4-2-3-1 shape to triage those concerns at the last moment. The expected quartet -- Fabian Johnson on the right, Michael Orozco and John Brooks in the middle, Timothy Chandler on the left -- must find the same page quickly and sort out the issues as they develop. Chandler and Johnson, in particular, must also stay connected with Brooks and Orozco to ensure their desire to move forward does not create too much exposure.

4. World Cup players must point the way as the next cycle starts

The tone starts with the players already steeped in how Klinsmann wants to operate. The inevitable evolution over the next few years will likely shepherd several of the younger players from that World Cup journey into more prominent roles within the framework of the team.

It is more of an aspirational goal for the likes of Jozy Altidore (named captain for this affair) and Fabian Johnson, but it is a journey with considerable stakes for players who did not see much time in Brazil or did not make the trip at all. They must adapt and thrive or potentially face the prospect of sliding out of the pool entirely.

“We want them purposely to take over more responsibilities, more leadership,” Klinsmann said. “We want them to help the next generation coming into this group to feel confident and comfortable to face a very good Czech team.”

5. Younger players must adjust quickly to take their opportunity

Klinsmann named six uncapped players in his squad to signal his desire to evaluate younger players and usher them through the developmental system if warranted. This is the perfect time in the cycle to introduce these sorts of prospects and permit them to locate solid ground.

This friendly isn’t about finding finished products, per se. It is about some of these players adjusting to the United States. setup, figuring out the demands of international level and learning how to operate within them. If they are able to adapt sooner rather than later, it will bode well for the Americans’ chances against the Czechs and the depth of the pool moving forward.