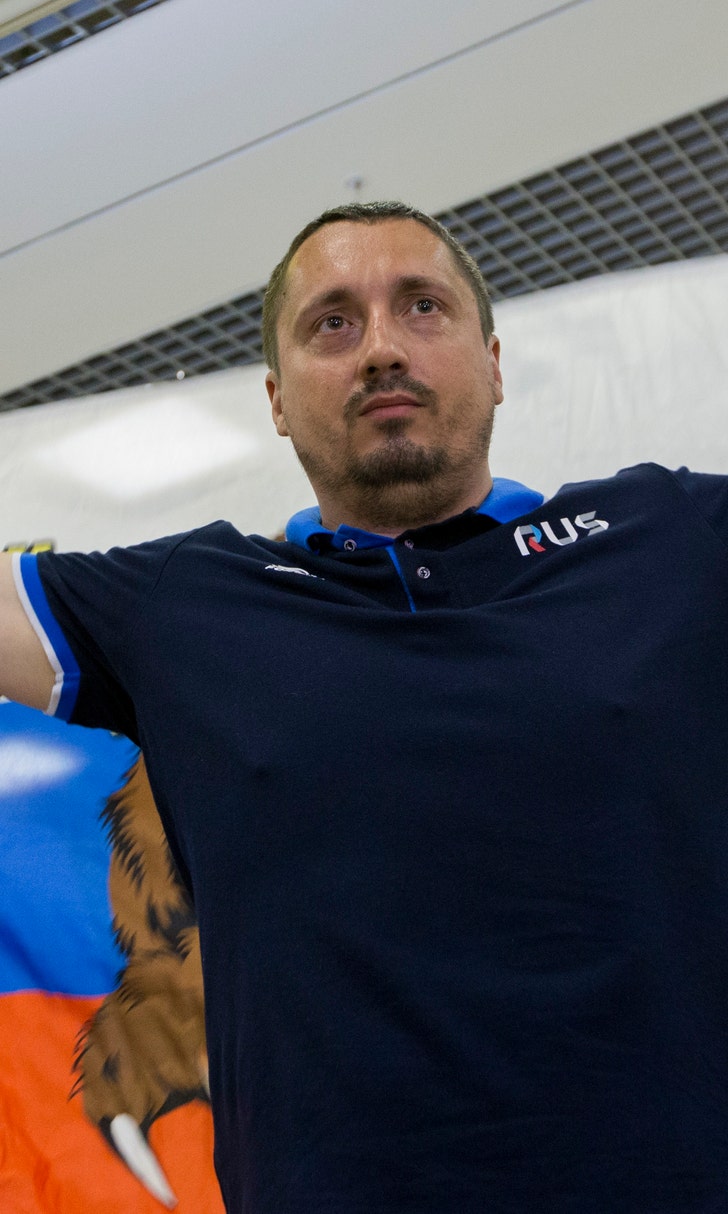 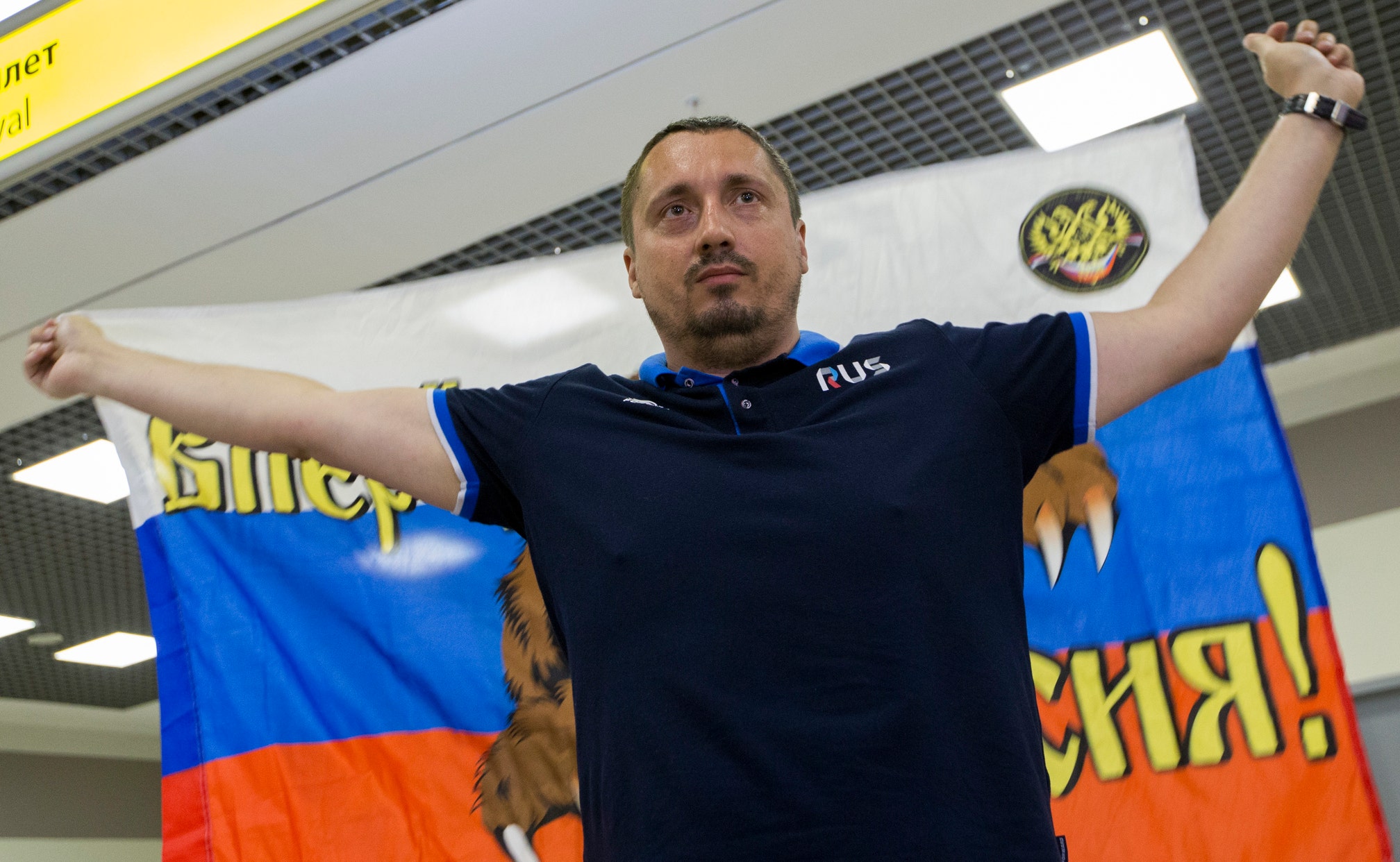 Shprygin achieved notoriety at the 2016 European Championship in France, and was deported twice after Russia games.

French authorities linked Shprygin to violence in Marseille where Russians attacked England fans in the city and at the stadium. He denied any wrongdoing. Two board members from his All-Russian Fans' Union received prison sentences for their roles in the disorder.

Shprygin returned from Moscow within days and evaded authorities by entering France to visit Toulouse for Russia's next game against Wales. Soon after the tournament, Russian soccer authorities cut ties with Shprygin and his group, which now appears to be inactive.

Shprygin, who was briefly detained by police in a hotel bathroom during a Russian Football Union conference, said he was barred from attending World Cup games last year in host Russia.

Given that Shprygin no longer holds any official positions, it's unclear what effect the FIFA ban will have or whether FIFA has any leverage to force him to pay its fine.

FIFA said its investigation of Shprygin related to "media statements and content published on social media in 2014 and 2015."

Shprygin told The Associated Press in 2015 that he had repeatedly posted images of far-right symbols on social media, but said they were meant as historical documents of fan displays, not as propaganda.