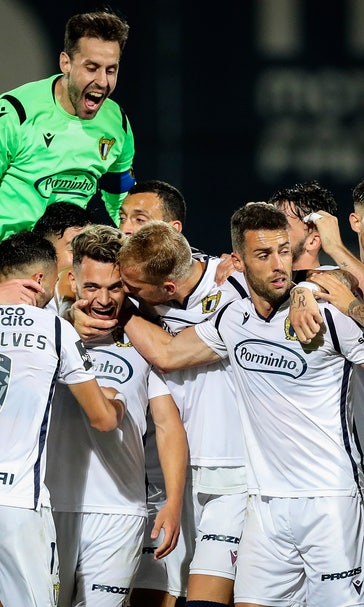 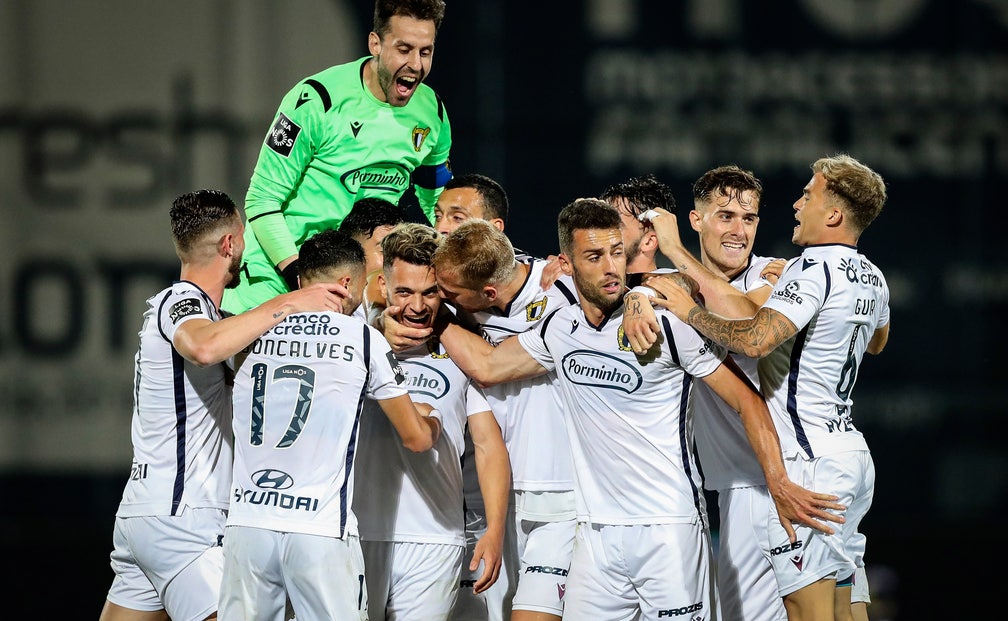 Fans find a way to be part of Portuguese league's return

VILA NOVA DE FAMALICAO, Portugal (AP) — Fans found a way not to be left out as the Portuguese league resumed in empty stadiums on Wednesday, with leader Porto losing 2-1 at Famalicao.

Fans could be heard chanting outside the stadium during Porto's game, and some supporters watched the match from the balconies of nearby buildings overlooking the field.

Porto fans had already gathered to support the team as it left its hotel for the match that highlighted the league’s return after a shutdown of nearly three months because of the coronavirus pandemic.

Local authorities had expressed concern with the Porto match after one of the club's fan groups said about 300 people would make the away trip to support the team. The group said they would follow the health and safety measures established by authorities, but there was virtually no social distancing as the fans cheered, waved flags and sang as the team bus passed by en route to the stadium.

The chants from fans outside the stadium were loudly heard during the television broadcast before the match, but eventually subsided.

A few dozen fans took advantage of buildings near the small municipal stadium to watch the match, even if from afar.

Media members were allowed to cover the game on site.

Two big banners were located at the main stands with the words, “We stay together” and “For all of us, thank you.”

Players wore masks on the benches and there were few interactions before the match, which started following a moment of silence as the players gathered around the midfield circle. Club officials stayed a few meters from each other in the VIP seats.

Huge photos of crowds were used in the stands at the stadium in Portimao in the earlier match, along with banners from sponsors.

Lucas Fernandes scored a second-half winner for Portimonense with a long-range strike into the upper corner, ending the team’s winless streak that dated to November and moving it closer to safety.

Porto, which arrived a point in front of Benfica, conceded early in the second half after a blunder by goalkeeper Agustín Marchesín, who gave the ball away while under pressure inside the area. Fabio Martins picked it up and scored into the open net.

Porto equalized with Jesús “Tecatito” Corona from close range in the 74th, but Pedro Gonçalves put the hosts ahead again less than five minutes later with a low shot from outside the area, igniting a celebration that included hugs among several players.

It was Porto's first league loss since January, and only Famalicao's third win of the year. Famalicao, which was near the top of the standings at the start of the season, moved to fifth place with the home win.

Defending champion Benfica can retake the lead when it hosts 14th-place Tondela at the Stadium of Light on Thursday.

The league was originally scheduled to resume at the end of May but its start was delayed by a week so there was time to rigorously inspect stadiums and conduct medical tests on all professionals involved in the matches. Some venues did not immediately pass the inspections by health authorities and had to make changes before being re-evaluated.

The remaining 10 rounds of the league are expected to be played without fans in the stadiums.

Portugal’s second division and all other professional soccer competitions other than the Portuguese Cup were canceled.

The Bundesliga successfully returned in mid-May and soccer has already resumed in countries like Denmark, Austria and Poland. The leagues in Spain, England and Italy are expected to restart this month.

Primeira Liga
share story
those were the latest stories
Want to see more?
View All Stories
Fox Sports™ and © 2020 Fox Media LLC and Fox Sports Interactive Media, LLC. All rights reserved. Use of this website (including any and all parts and components) constitutes your acceptance of these Terms of Use and Updated Privacy Policy . Advertising Choices . Do Not Sell my Personal Info