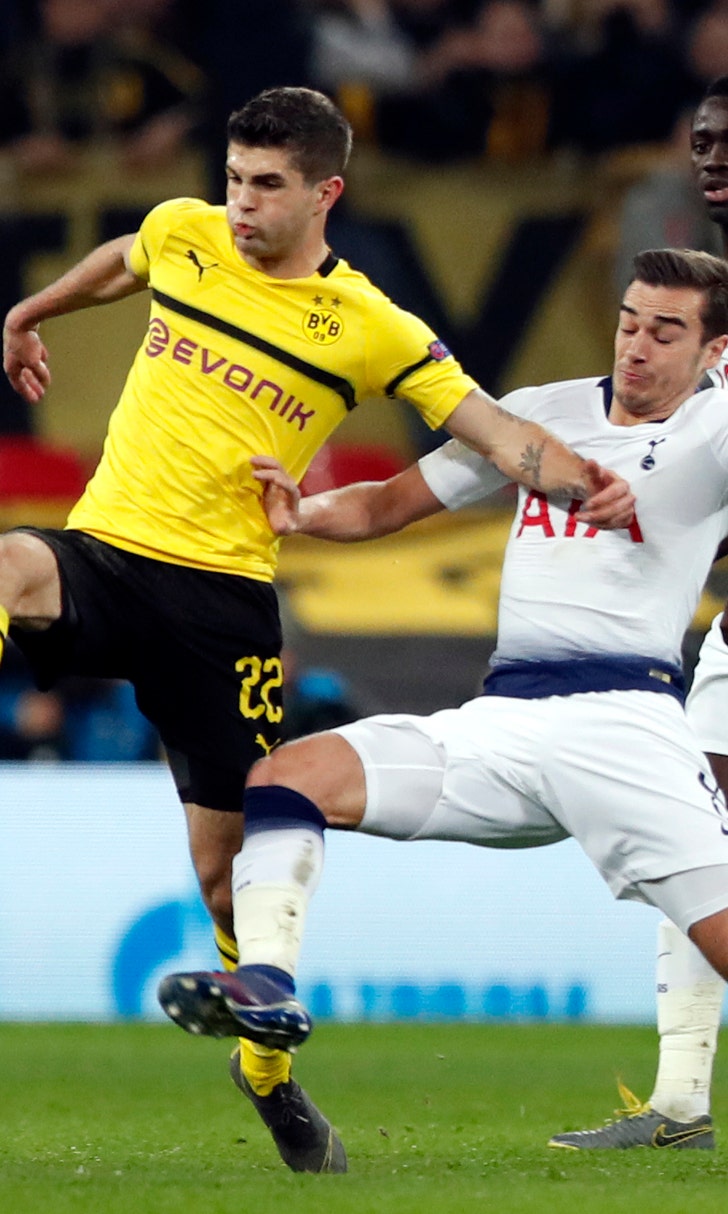 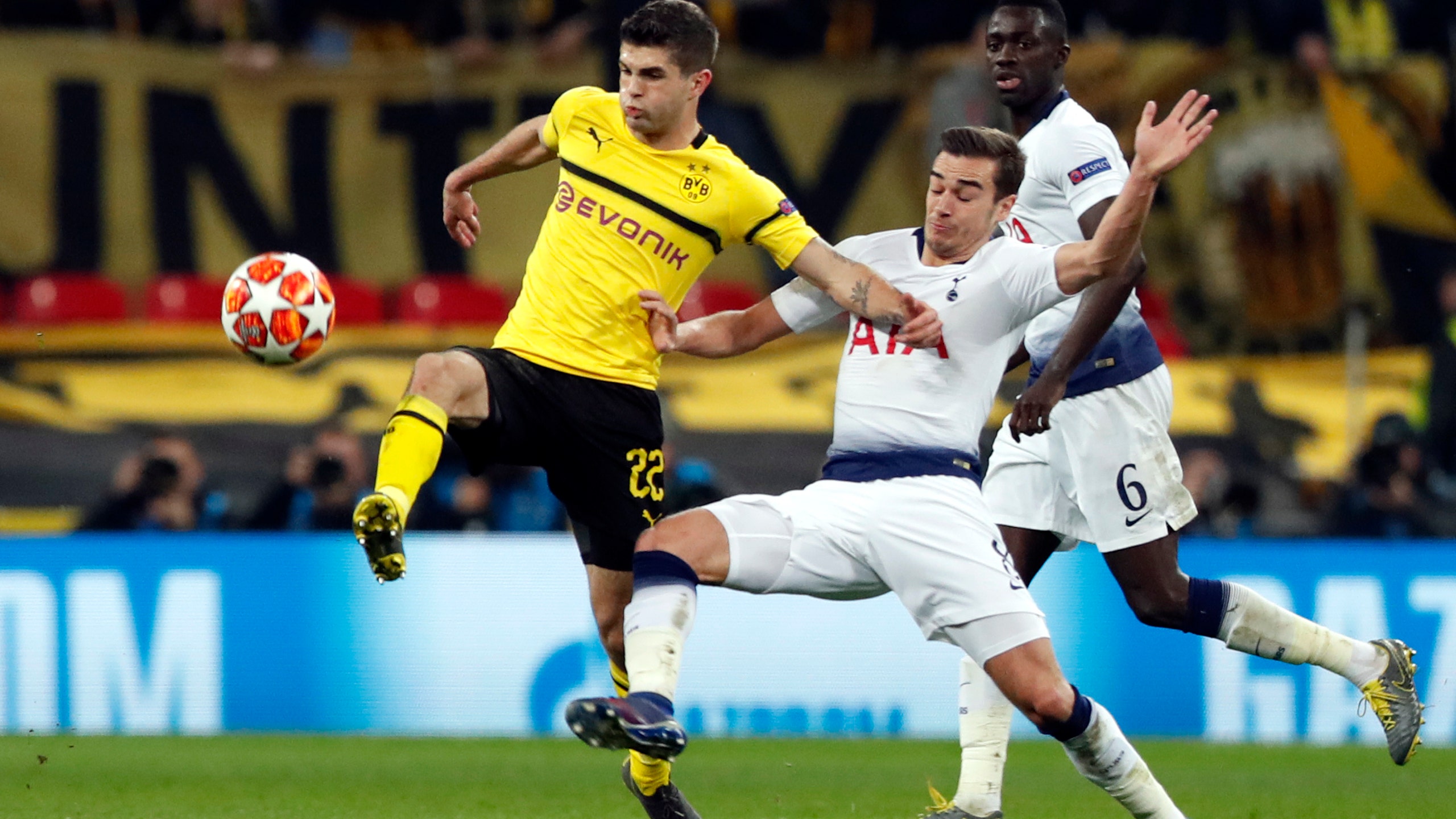 Dortmund's Pulisic out with thigh injury from Tottenham loss

Pulisic will miss Dortmund's league game at Nuremberg on Monday and is doubtful for its home game against Bayer Leverkusen on Sunday.

Pulisic, on loan from Chelsea after completing a 64 million euro ($73 million) switch to the Premier League team in January, has endured a frustrating season at Dortmund. He has been overshadowed somewhat due to the emergence of English youngster Jadon Sancho, who has scored seven Bundesliga goals and set up 12 more in 22 league appearances.

Pulisic has made only 13 league appearances, scoring one goal with two assists, with only five of those as a starter.

Dortmund hosts Tottenham for the second leg of the round of 16 on March 5.