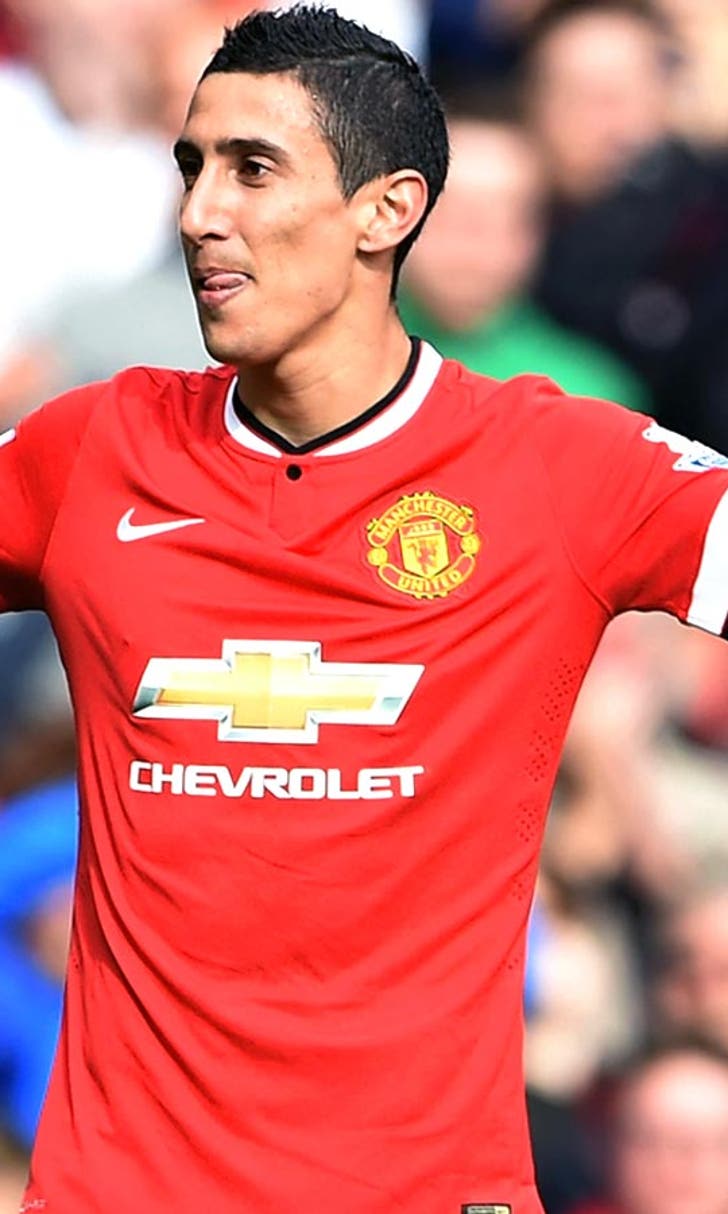 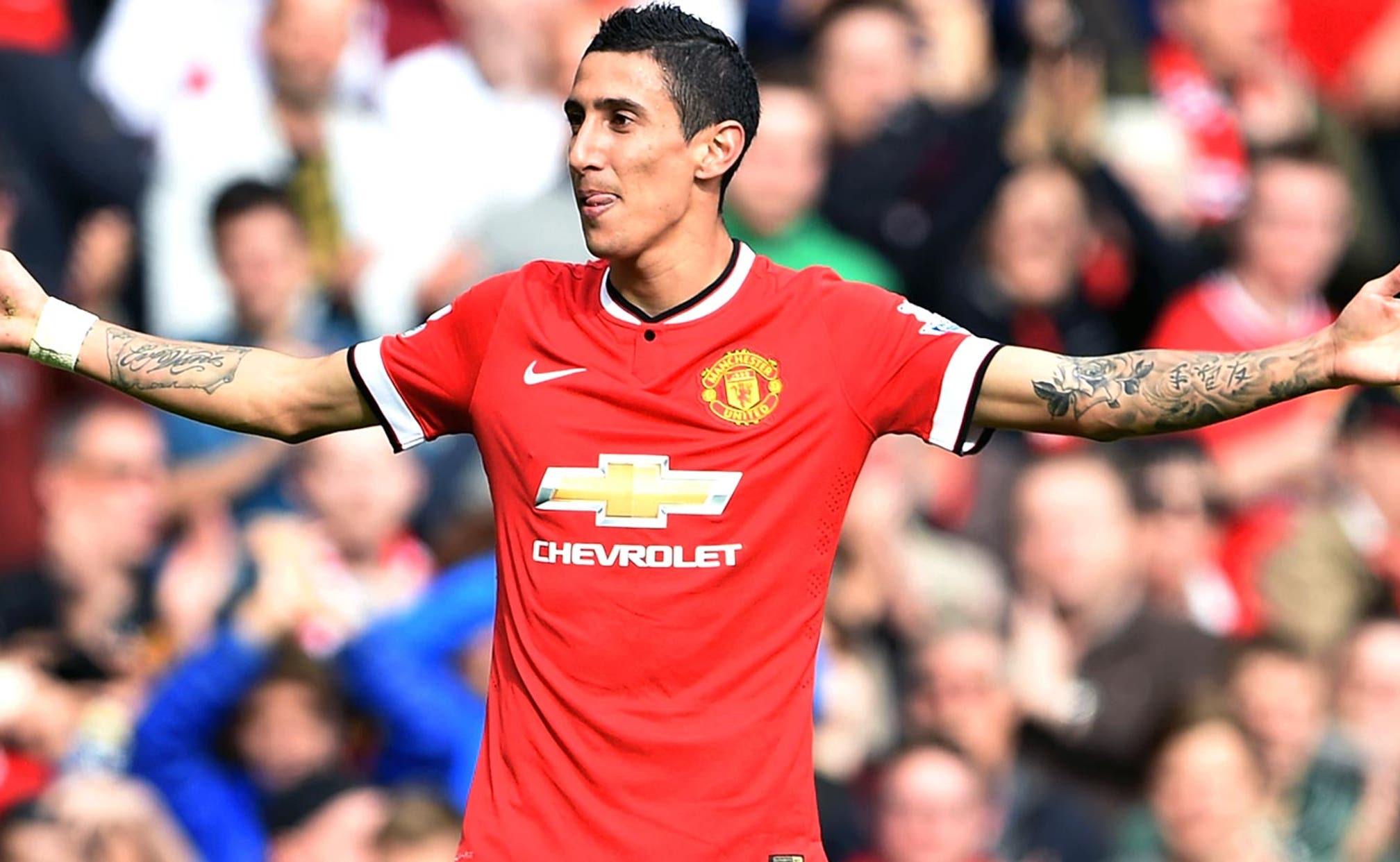 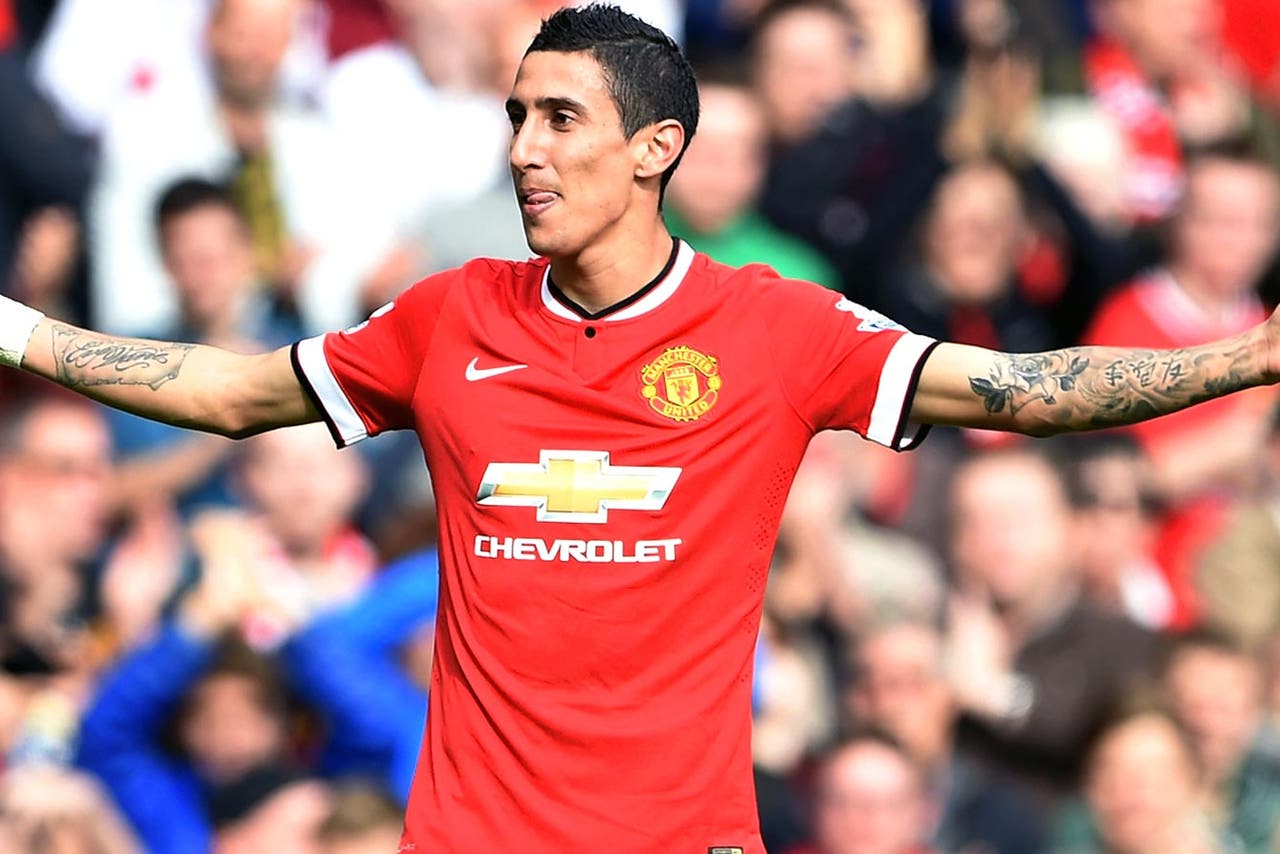 Angel Di Maria struck home a gorgeous goal in the first half then set up Radamel Falcao for the winner in the second to give Manchester United a much needed 2-1 win over Everton today at Old Trafford. It was neither pretty nor convincing - but they will take it.

Falcao's first goal for United came just after the hour and against the run of play, when he beat the trap to redirect Di Maria's cross past Tim Howard. Everton protested furiously at the decision, but the linesman had it dead to rights. The win eased some of the pressure on manager Louis van Gaal, who has overseen a difficult start to United's new campaign.

This fixture had a fair bit of frisson ahead of the kickoff: after all, last April this same meeting proved to be David Moyes' Waterloo, with the manager sacked two days after he lost to his former club, 2-0.

Today, with both teams wobbling, there was real worry over the result for the Old Trafford faithful: a win would pull them into the top four ahead of the late games; a loss would leave them bobbing about in the bottom half of the table. Everton, who had not won a game since the middle of September, were in similar straits. While they had recovered to snatch a late draw in the Merseyside derby, they have been underwhelming this season, with a string of draws and a couple of bad losses to their credit. The Toffees also had a slew of absentees - Kevin Mirallas, Sylvain Distin, Seamus Coleman -and were shaking off long trip back from Russia after their 1-1 draw Thursday against Krasnodar in the Europa League.

United Talisman Wayne Rooney was banned for his sending off last week against West Ham, so Mata, often the odd man out here, was put in as playmaker. But with youngster Paddy McNair back in - and given the unenviable task of marking Romelu Lukaku - United started strong, with Di Maria and Falcao combining well. Falcao forced a stop out of Howard in just the third minute, and then would smash a good chance wide fifteen minutes later as Everton were kept off the ball in midfield.

Looking hesitant and uncertain, with only Gareth Barry truly making an impact, Everton failed to make keeper David De Gea work at all until the final minute of the first half, when Shaw made a foolish mistake. Tackling Tony Hibbert - hardly a major scoring threat - at full gallop in the box, he forced ref Kevin Friend to make a decision, and he pointed right to the spot. But Baines, who had made 14 straight penalties, looked oddly nervous, and he put his kick too close to the keeper, who also had guessed correctly. It was deflating moment for the Toffees, and their lethargy continued after the break, with Falcao forcing John Stones into a goal-saving block.

It was not until just before the hour mark that Everton looked a threat. Valencia caught Lukaku late to set up a free-kick, and from 35 yards, Baines curled in a fine delivery that caught United flat. Naismith was allowed to slip in for a free header to remind everyone what United's Achilles' heel truly is: that sloppy back four.

Everton would continue to press, with Falcao forced into clearing another ball from Baines off the line, so when United were able to strike back seven minutes later, it had the feel of a smash and grab inside their own grounds. Why? De Gea would have to make three brilliant stops late, with Leon Osman denied by a fingertip, and then Bryan Oviedo at the death with a big palm. When the whistle went, the feeling was that United had clung on to collect full points.

Everton now head into the international break with some work to do. Mired just outside the drop zone ahead of the late games, they are in relegation form and show little sign of being to affect a change. United, on the other hand, are surprisingly bobbing about the top of the table, a reflection less of their form than of how tight this Premier League season has been. They don't look a complete or even very good side - but they are where they are.