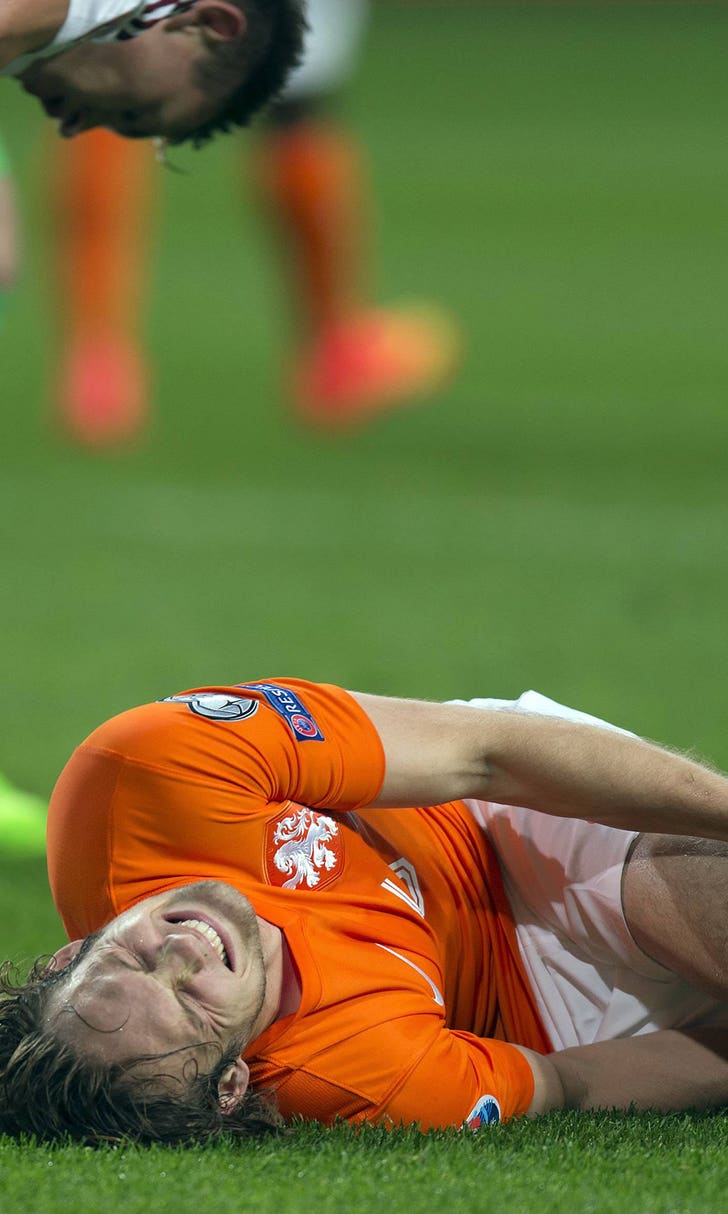 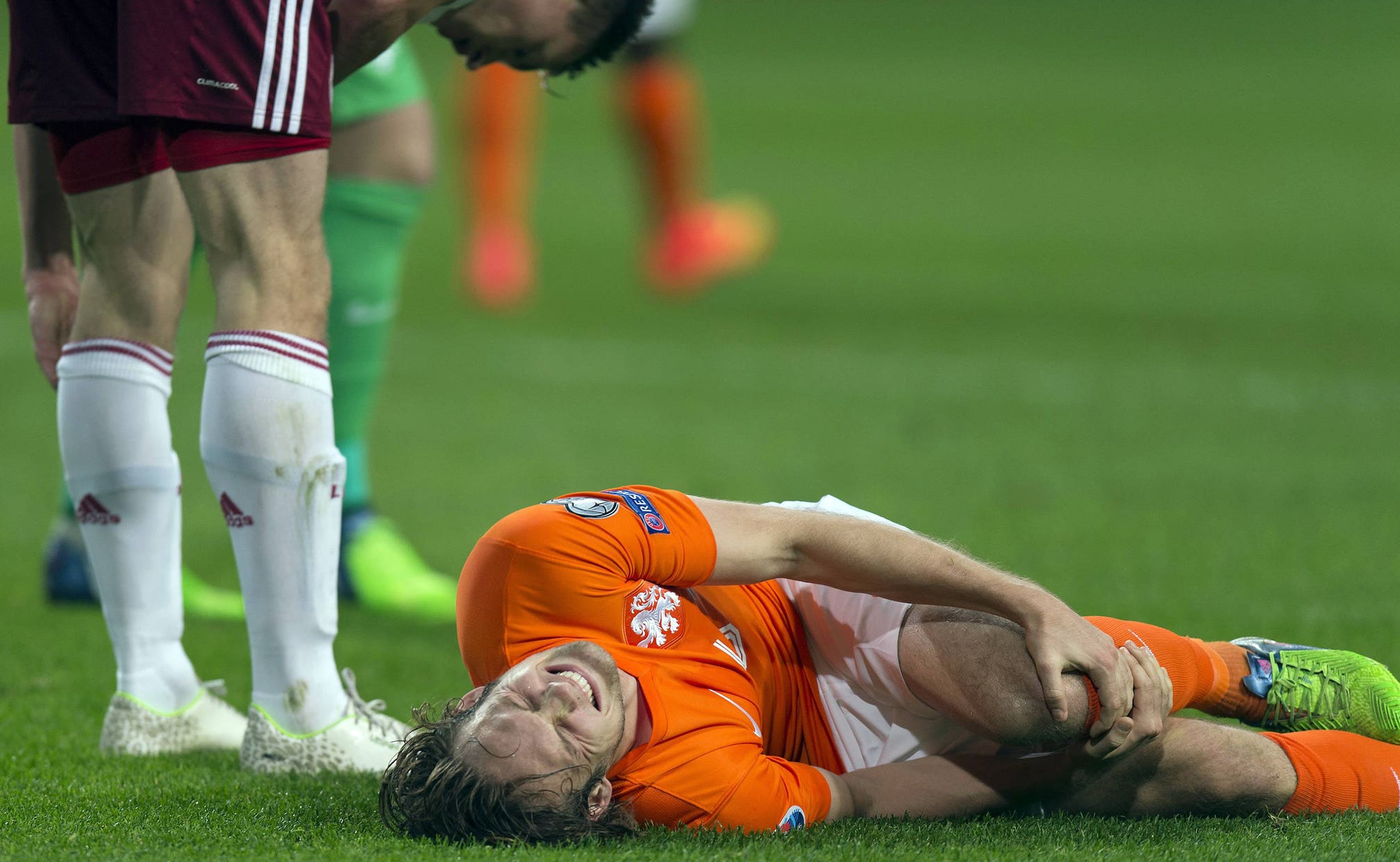 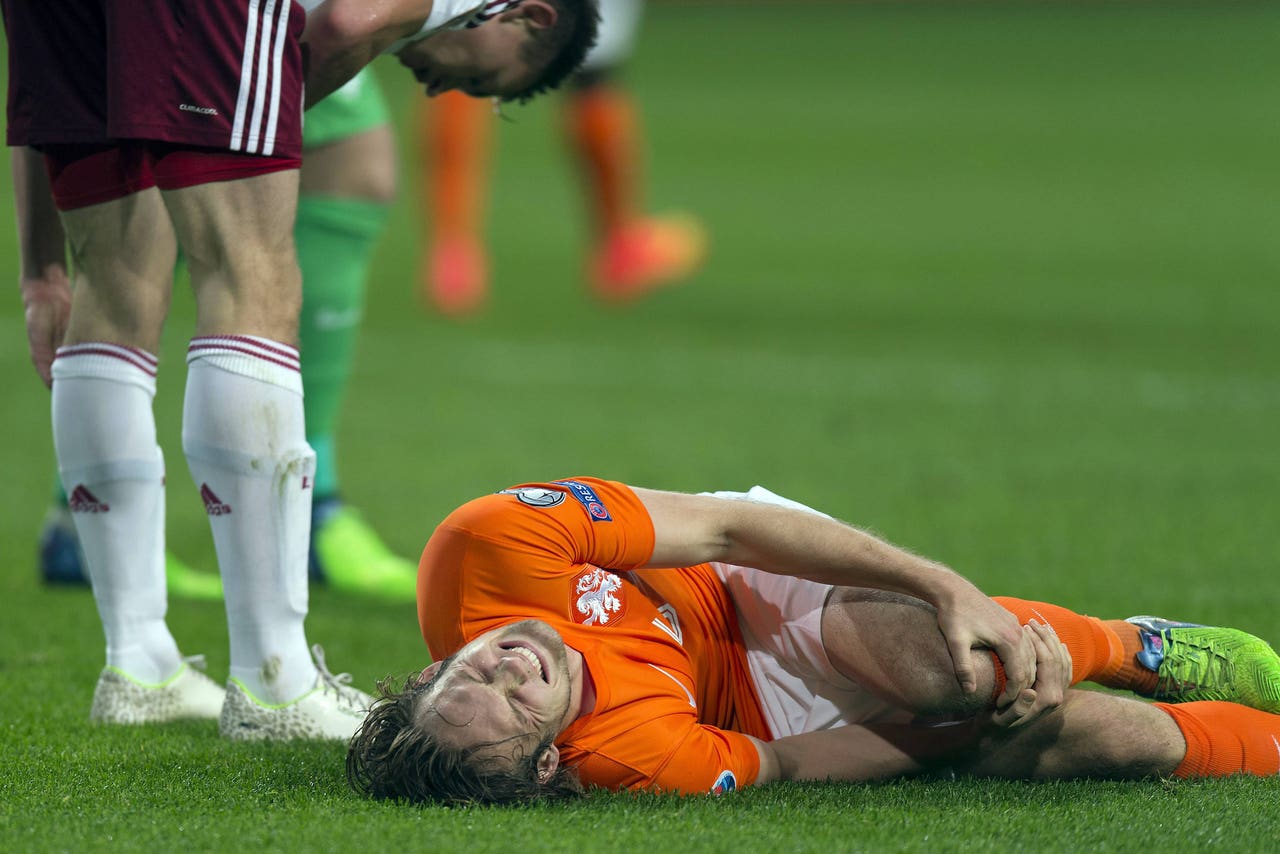 AMSTERDAM (AP) Manchester United midfielder Daley Blind could face a lengthy lay-off after injuring his knee playing for the Netherlands against Latvia on Sunday.

Blind limped off in the 20th minute as the Netherlands thrashed Latvia 6-0 in a European qualifier. Hiddink said he would have an MRI scan Monday.

''I'm rather negative,'' Hiddink said. ''I think it's a medial ligament that is twisted. It might be a rupture.''

Blind has been one of United's most consistent players this season in Louis van Gaal's first year in charge, looking composed in the holding midfield role.