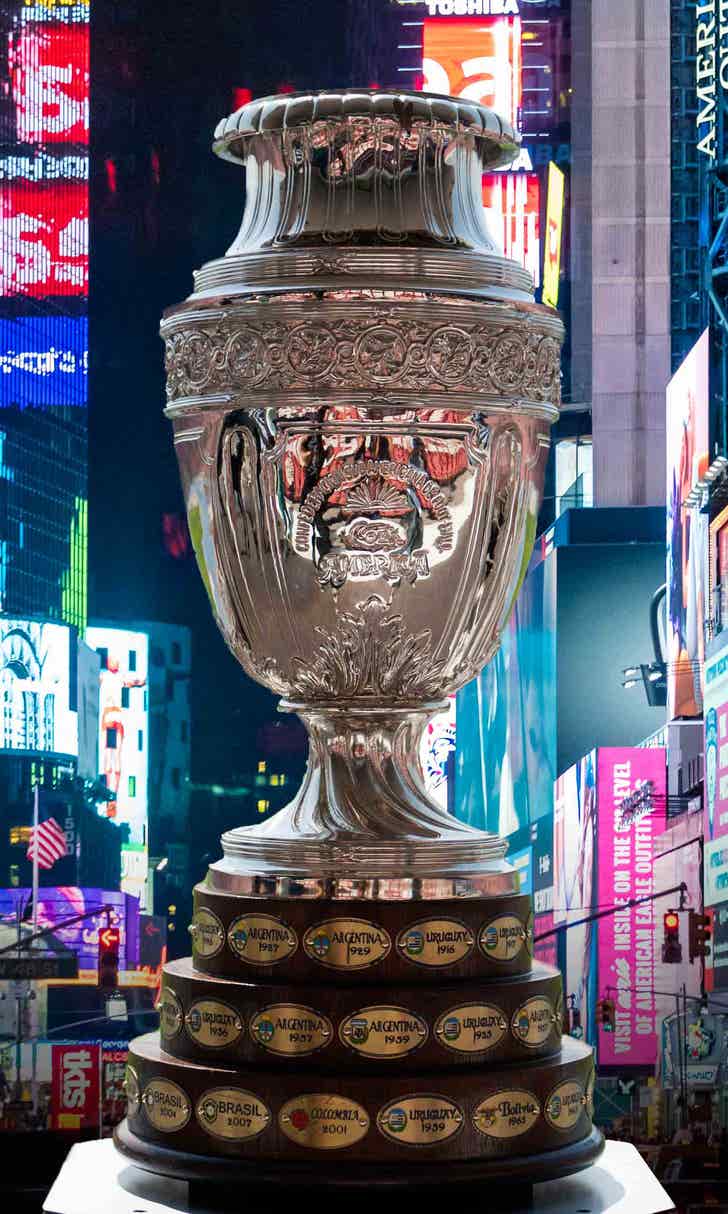 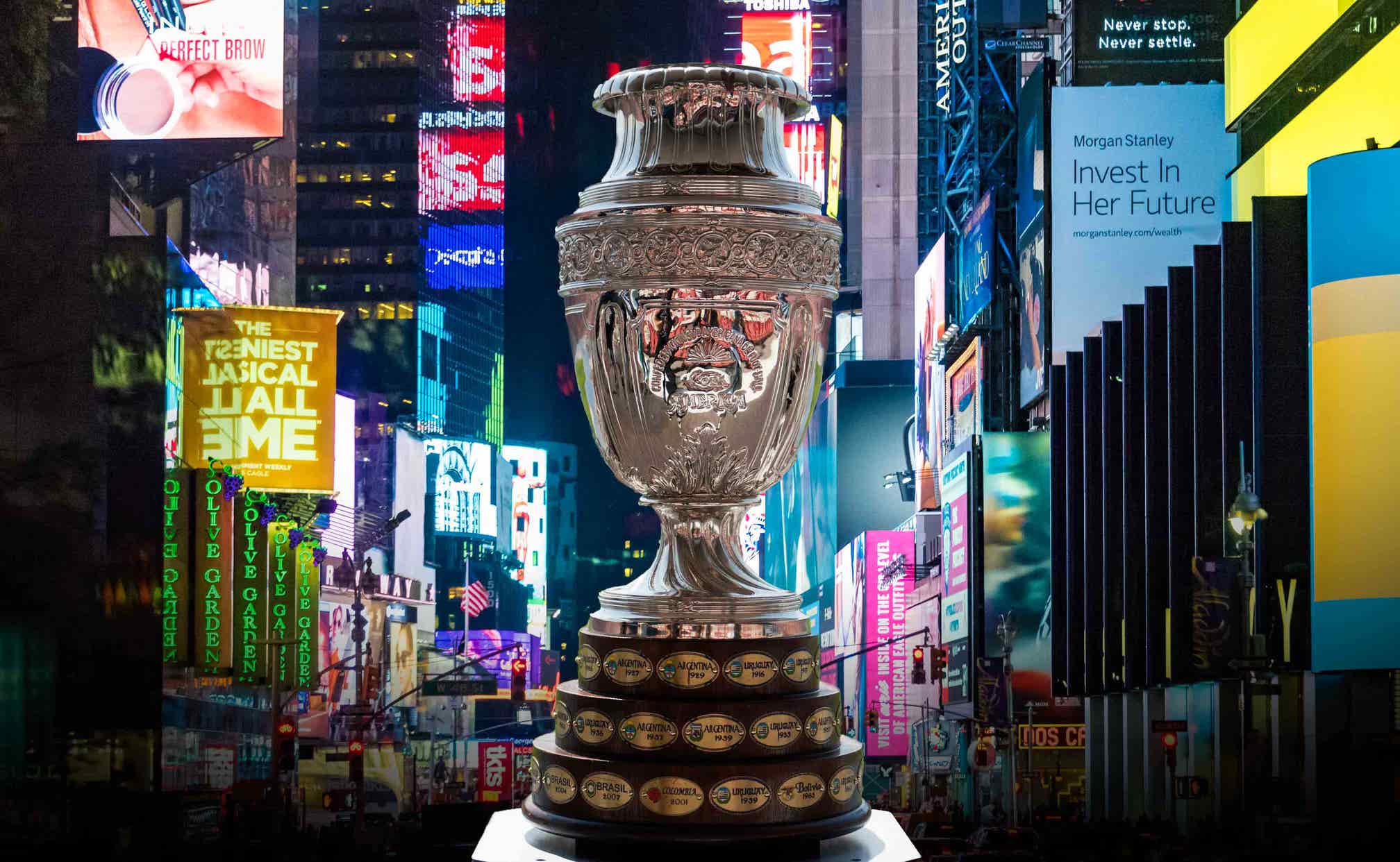 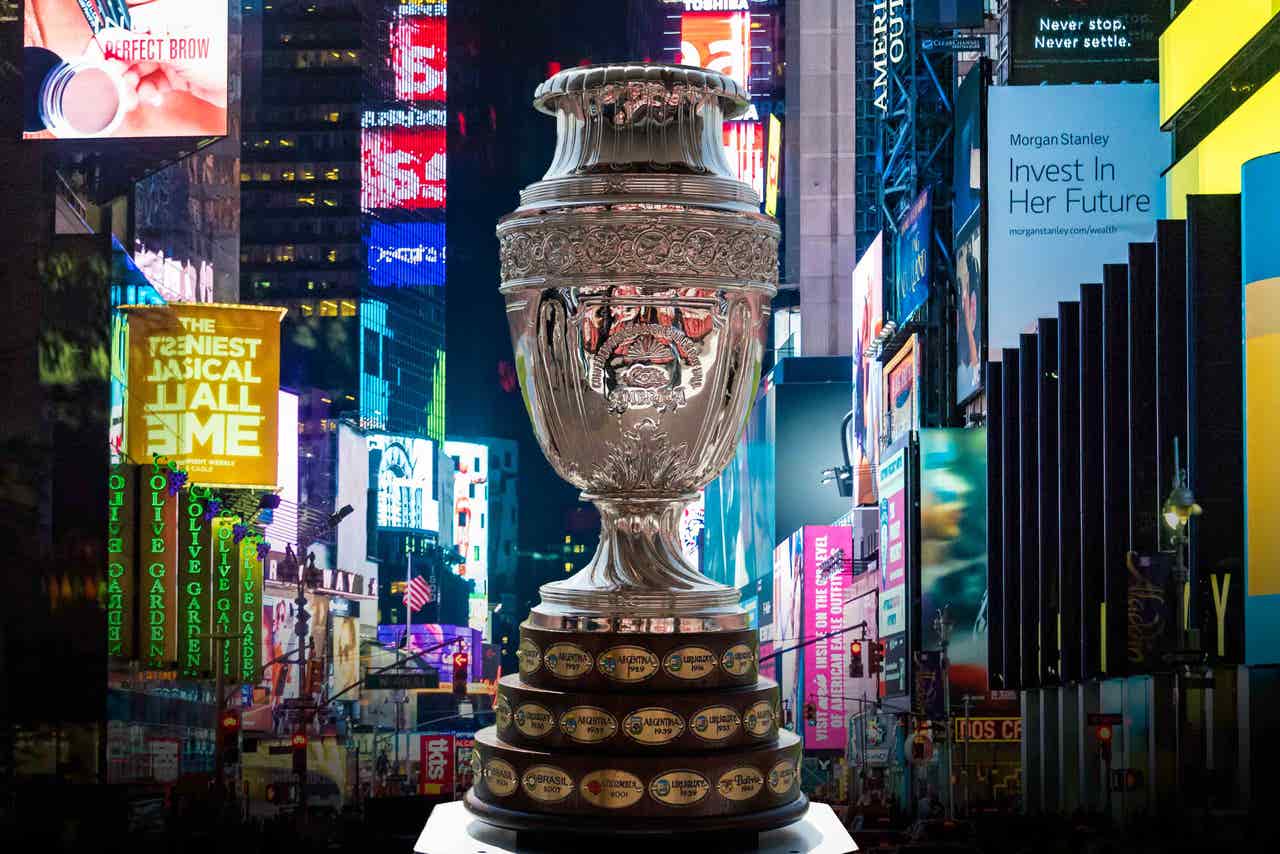 Reality arrives around the time the last team comes out of the pot. The final act pares down all of the possible scenarios to fixed assignments. There are no more hypotheticals to weigh. It is perhaps the first time when the magnitude of the Copa América Centenario comes into full focus.

The importance of the draw for this one-off tournament is there for all to see. It is why representatives from all 16 participants from CONCACAF and CONMEBOL plan to gather at the Hammerstein Ballroom tonight (live, 8:00p.m. ET, FS2, FOX Sports GO) and watch their paths emerge for the proceedings across the United States in June.

Many of the variables are removed already. The top seeds -- U.S. (Group A), Brazil (Group B), Mexico (Group C) and Argentina (Group D) -- are assigned. The other teams are waiting in their pots. The draw sorts through the particulars and supplies the resolution.

“Once you have your own group and you know if you would go through who you would meet then in the next stage, it obviously gives you a lot more meat to the bone,” United States coach Jurgen Klinsmann told ussoccer.com earlier this week. “It helps you prepare things, but it also raises a little bit the bar on excitement and obviously in expectations.”

MORE ON THE DRAW: How will everything unfold on Sunday night?

Part of anticipation stems from the possibilities ahead. The hosts and fellow CONCACAF giants Mexico won’t see Lionel Messi or Neymar in the group stage, but they could face the likes of Alexis Sánchez and defending Copa America champions Chile, James Rodriguez and formidable Colombia or Luis Suárez and vastly experienced Uruguay out of Pot 2.

There are further twists and turns elsewhere in the draw. Costa Rica loom as the most menacing opponent in the familiar Pot 3 filled with the other CONCACAF qualifiers, while troublesome Paraguay lead the remaining CONMEBOL qualifiers in Pot 4.

The differences from rival to rival depend on the pot. There are no easy routes from Pot 2, while Pot 3 and Pot 4 hold a broader range of candidates. The variance between pulling Bolivia and Paraguay out of Pot 4 is stark, while the margin separating Chile and Ecuador or Colombia and Uruguay in Pot 2 is relatively modest in comparison.

“We basically know the rivals and the groups will be very even,” Mexico coach Juan Carlos Osorio said in a statement. “Once we know our opponents, we begin our preparations for these games.”

Most of the entrants -- and the CONCACAF nations in particular -- started contemplating the possibilities years ago. The circuitous route from conception to fruition placed some of those permutations on hold for a time, but the past couple of months -- from the confirmation of the tournament in October through the completion of the field with a pair of playoffs to determine the final two CONCACAF qualifiers last month -- reinforced the need to lay the necessary groundwork for success.

Those burdens fall most noticeably on the hosts and their most familiar foes. Mexico and the U.S. enter this tournament with great expectations. They must emerge from group play with minimal fuss and stage a deep run into the tournament. The lift is an arduous one for a capable American side in spotty form since a fourth-place finish in the Gold Cup last summer and an awkward one for a talented Mexican group in the midst of transition in the early stages of Osorio's reign.

Even with those factors in mind, there is no room for excuses for either country. This opportunity -- the chance to play in the Copa América with a full-strength side in more amenable territory -- offers a unique shot to make a mark in a major tournament.

“I think people start after the draw to realize just how big this tournament actually is,” Klinsmann said. “Hosting Copa América, which I think is the second biggest tournament in the world after the World Cup in our region, is just tremendous. And to measure ourselves with the best nations from South America and in our region, that is big time. You want to do well. You want to see how you can play against these big teams with their big players and give it a go and challenge them and prove a point.”

The road toward those points is defined tonight. The guesswork -- aside from the debate about the squads -- ends. And the preparations start in earnest with the challenges now firmly in place.

WCQ - CONMEBOL
share story
those were the latest stories
Want to see more?
View All Stories
Fox Sports™ and © 2020 Fox Media LLC and Fox Sports Interactive Media, LLC. All rights reserved. Use of this website (including any and all parts and components) constitutes your acceptance of these Terms of Use and Updated Privacy Policy. Advertising Choices. Do Not Sell my Personal Info