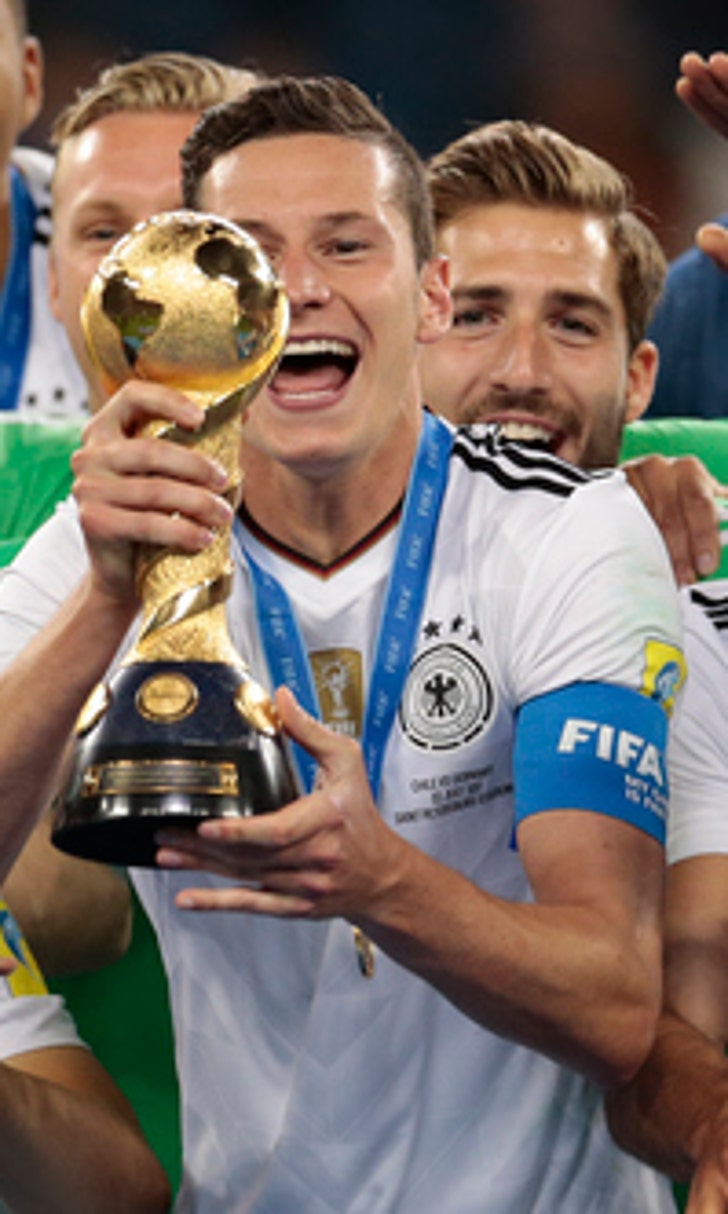 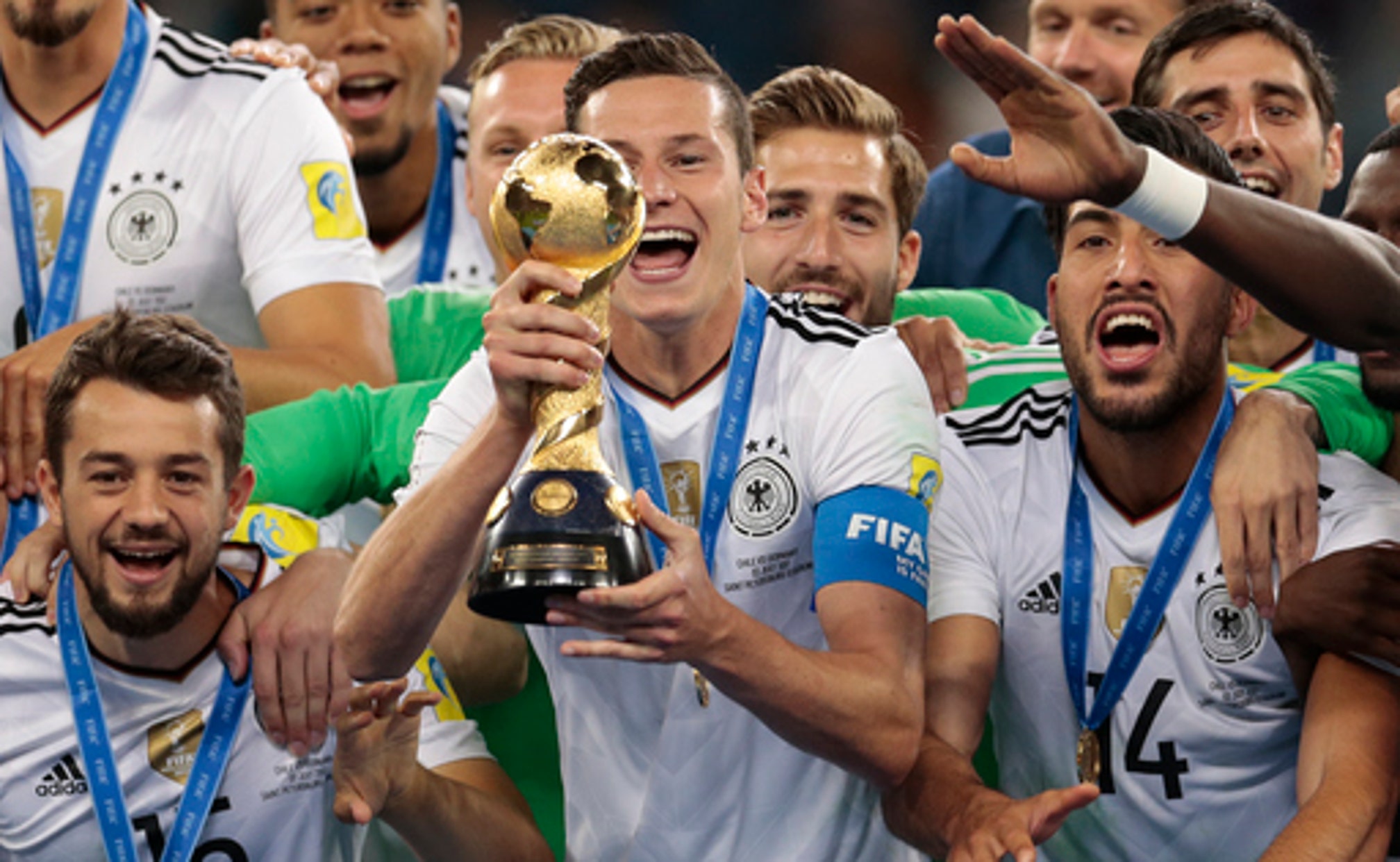 LONDON (AP) Disappointed the World Cup comes around only every four years?

Once fans get their heads around a complex format, the proposed Global Nations League could be just the event to revive international soccer.

Out go most irrelevant friendlies. In come more meaningful fixtures with silverware at stake. Even smaller countries get a chance to pick up a trophy.

Be clear: The World Cup is going nowhere, especially as FIFA expands its showpiece from 32 to 48 teams from 2026. But if the Global Nations League is to see the light of day, one big fixture will first have to be won between two heavyweights of the game: FIFA and UEFA.

Muscling in on shaping the global game, UEFA has conceived a new competition that features finals every two years in odd numbered years. So for European teams, when there isn't a World Cup or European Championship, there could be a trip to the Global Nations League finals in June.

But while UEFA is calling it the Global Nations League, the structure of the competition is far more complicated - a potential barrier to attracting fans and commercial backers. In the final stage, there is not even one league but seven, each featuring eight teams. And it isn't even a league, but effectively mini-World Cups that start in the quarterfinals.

A host nation would be required for each of the seven finals tournaments.

The top tier would feature the cream of soccer, each playing seven matches, and should prove more alluring to broadcasters than friendlies. What demand, though, would there be to televise games from division seven including far less appealing teams?

It will be left to each of the six confederations to decide how teams will qualify for the mini-World Cups, and that is where the configuration scrambles the brain even more. Europe plans to adapt the convoluted Nations League that is already due to debut in 2018 to occupy many existing gaps set aside for friendlies.

The disputes will inevitably come over the composition of each of the final seven leagues. UEFA envisages division one featuring three of its own, the two winners of the South African qualifying groups plus the top team from North America, Africa, and Asia. Oceania, whose highest-ranked member is New Zealand, doesn't even make the cut until GNL4.

The underlying message from UEFA leaders as they briefed global soccer officials in recent weeks is that the workload on players will not significantly increase as the GNL does not significantly add to the burden on national teams. That could win over the powerful European Club Association.

The little-regarded eight-nation Confederations Cup, used as a preparation event a year before the World Cup, is already set for the scrapheap. That frees up a space in the international calendar in June 2021, one FIFA already has its own plans to fill.

FIFA will not want to risk the World Cup being devalued by introducing a new competition for international teams. What FIFA seems to want is a bigger slice of the club game dominated by UEFA, especially as the privately run International Champions Trophy contested by leading European clubs in preseason across the globe gains traction.

The annual Club World Cup organized by FIFA is unloved and largely ignored every December beyond the participants (the six confederation club champions and the host nation's league winner).

FIFA believes a more desirable product can be grown if the tournament is quadrupled to 24 teams and played every four years but opposition is gathering. European officials are complaining about players being overworked at the end of a grueling season. It's a different problem for teams from the Americas. The proposed 18-day Club World Cup in June would take them away from their domestic competitions for several weeks and lead to a fixture backlog to catch up on.

The Global Nations League is far less disruptive. Finalists would play only one additional game in the existing June window reserved for two international fixtures.

FIFA President Gianni Infantino seems to be pitched directly against his former paymasters in Europe over who determines the future of soccer.

The international game between existing major tournaments needs rejuvenating. The Global Nations League seems the best solution on the table.