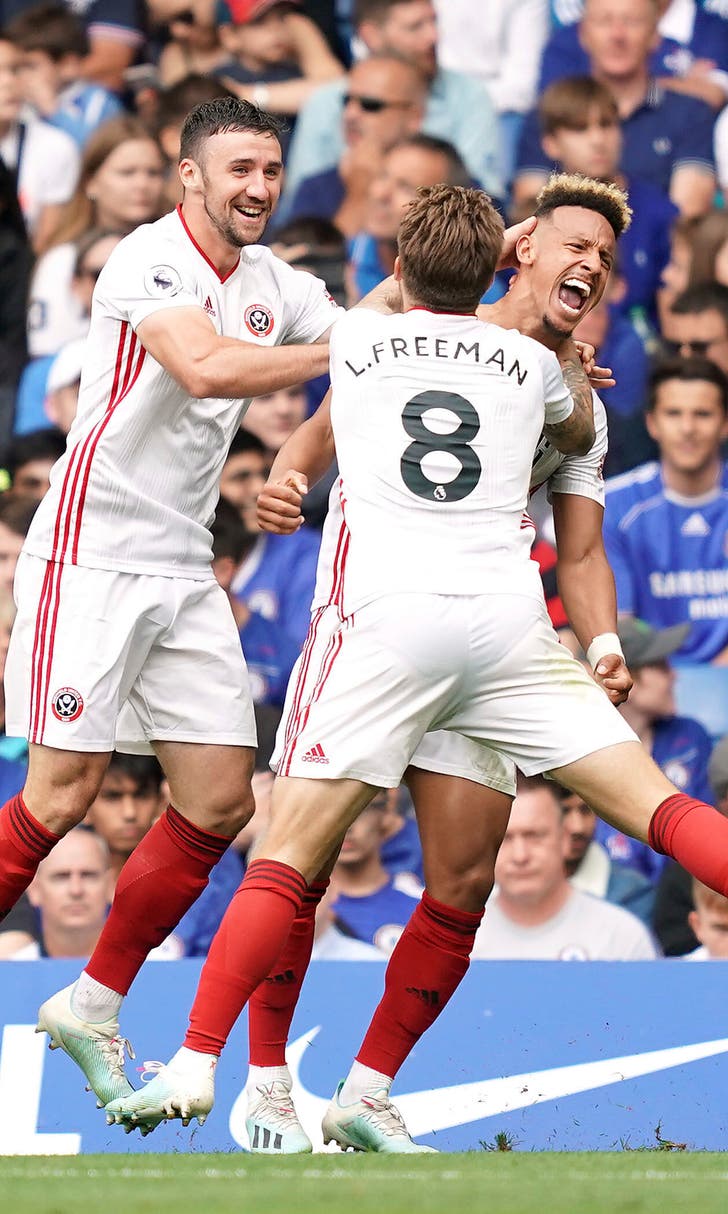 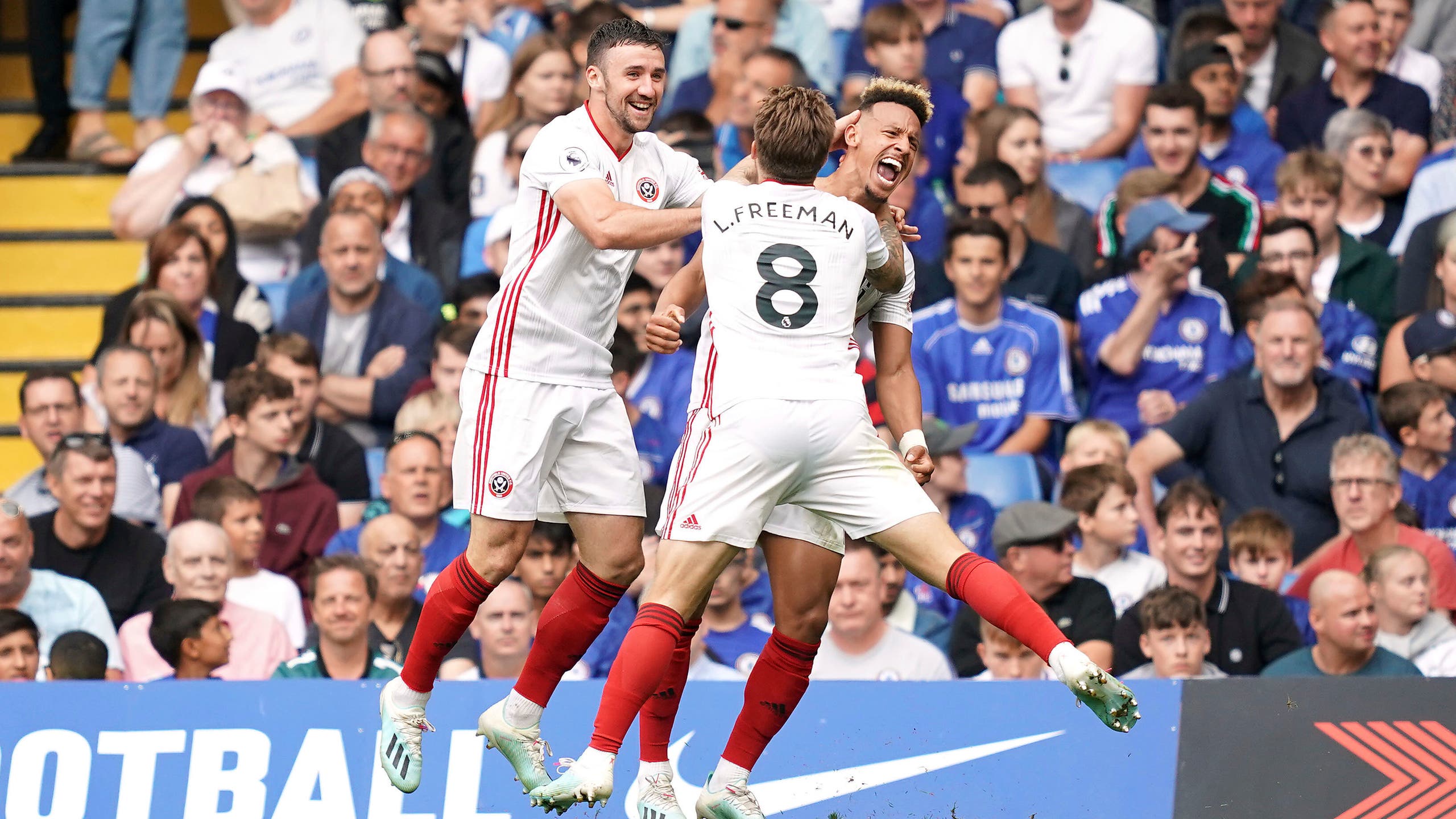 LONDON (AP) — Sheffield United came from two goals down Saturday to earn a 2-2 draw at Chelsea, whose manager Frank Lampard is still looking for a first home Premier League win in charge of the London club.

The Blues looked to have three points secured as Tammy Abraham's first-half double gave them a comfortable halftime lead, adding to his brace from last weekend in the 3-2 win at Norwich.

Callum Robinson started Sheffield United's comeback less than a minute after the restart and then Kurt Zouma's own-goal in the 87th minute earned a point for the Blades.

Lampard was fuming when the equalizer went in, throwing a bottle down in disgust, but his young side's soft underbelly was exposed again.

Chelsea has five points from its first four games heading into the international break.

Lampard has had his hand forced in turning to youth, but it is a method to which he is fully committed and he awarded a first start to center back Fikayo Tomori, who was on loan with Lampard at Derby last season. Tomori's inclusion gave the Blues an average age in their starting XI of 24 years, 158 days, the youngest in the Premier League era.

One of the leading lights in that young group is the 21-year-old Abraham, who is quickly establishing himself as a top-class striker at the highest level.

He opened his account for Chelsea at Norwich last week and needed only 18 minutes to grab a first goal at Stamford Bridge.

Abraham fired home at the second attempt after Blades goalkeeper Dean Henderson fumbled his original weak header, before doubling the lead when visiting center backs John Egan and Jack O'Connell went for the same ball and got in each other's way. Abraham nipped in and slotted home.

The visitors reduced the deficit when Enda Stevens got in down the left and cut back for Robinson to score his first goal for the club.

That changed the dynamic of the game as Sheffield United began to press and fluster Chelsea.

The equalizer came when Robinson delivered a cross from the left and, although Lys Mousset looked to get to the ball first, the final touch came off Zouma.

Premier League Sunday Takeaways
The Premier League wasn't short of intrigue on Sunday. Here's everything you need to know from the day's biggest matches.
9 hours ago