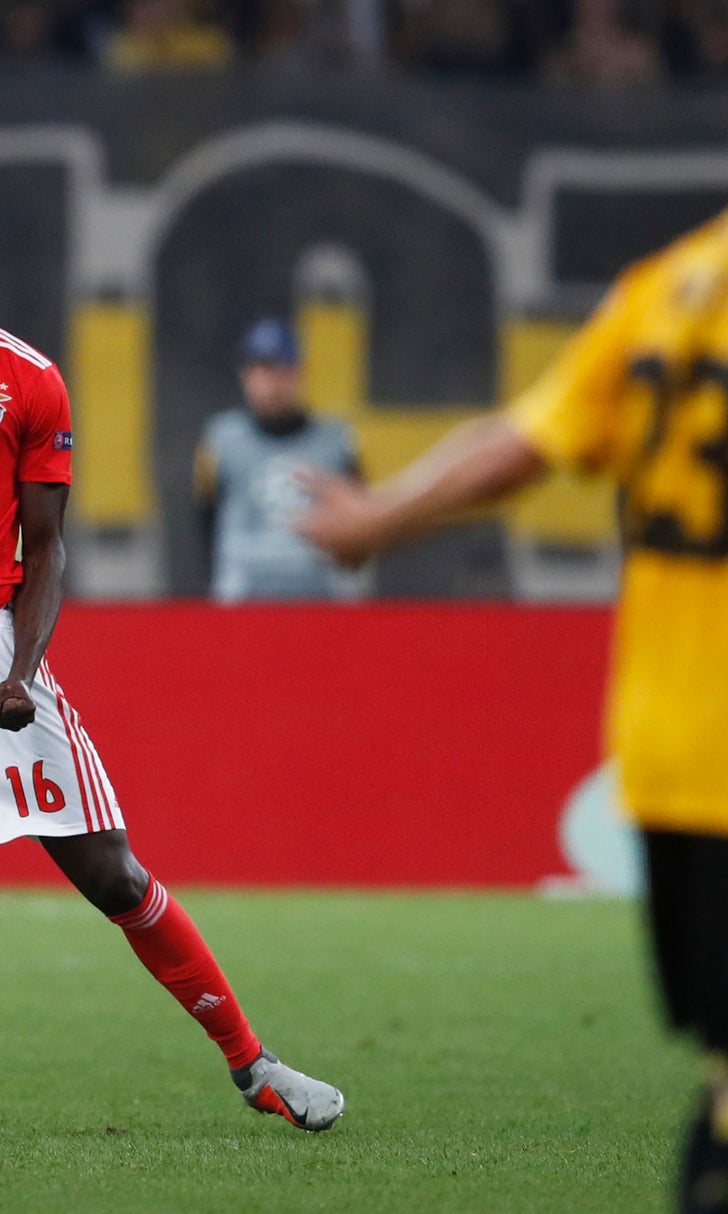 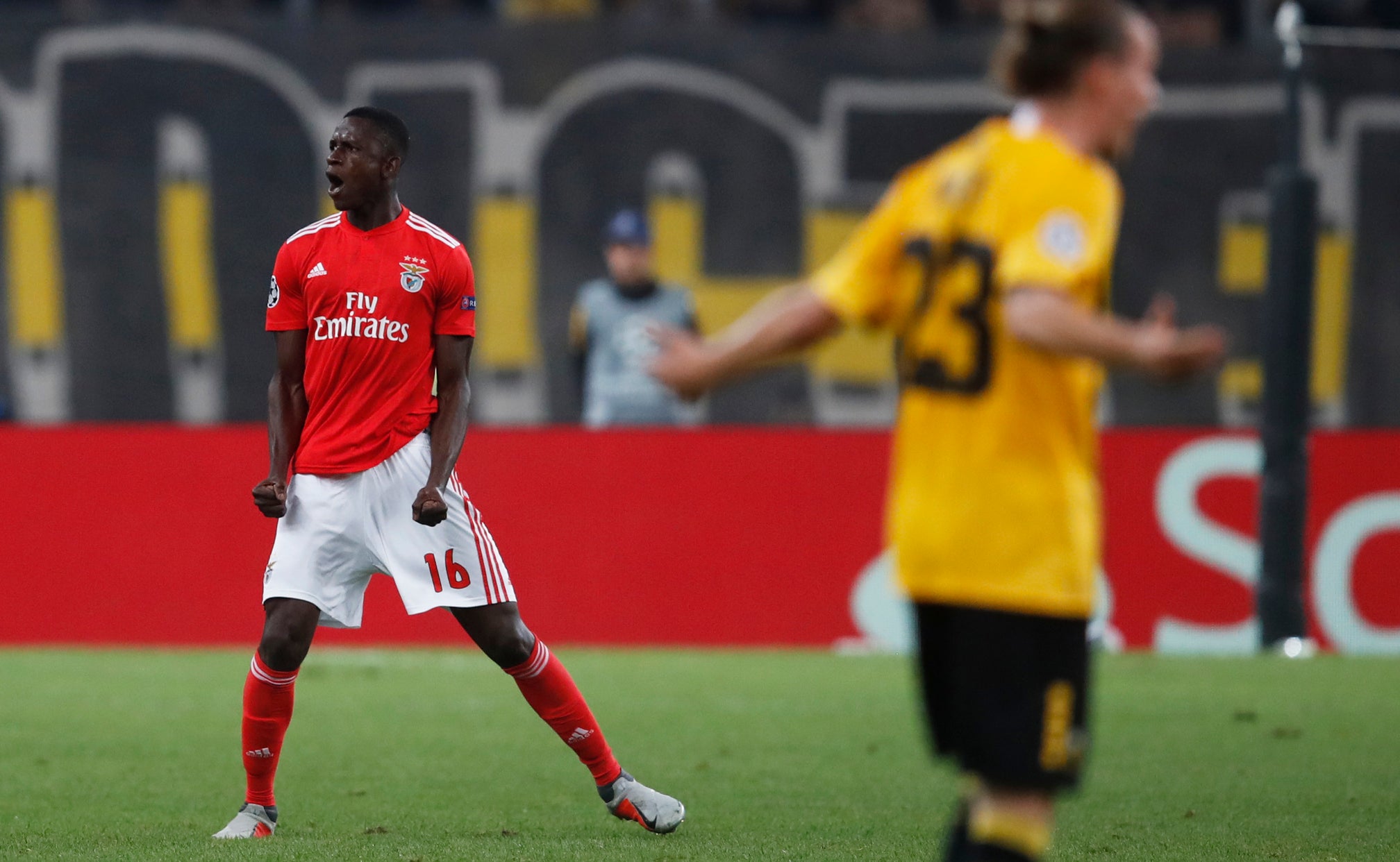 ATHENS, Greece (AP) — Substitute Alfa Semedo rescued 10-man Benfica with a late goal to secure a 3-2 win over AEK Athens on Tuesday as the Greek champion was punished for chaotic defending with a second straight Champions League defeat.

AEK had come from two goals down to level the match after Ruben Dias was sent off just before the break. But Semedo was left unchallenged and ran through the static AEK defense to fire past goalkeeper Vasilis Barkas in the 74th minute at Athens' Olympic Stadium.

"I came on to help the team and I'm so happy to get that goal," Semedo said. "The coach (Rui Vitoria) told me to support the counterattacks."

Benfica looked to have wrapped up the Group E match early, scoring twice in the opening 15 minutes.

Haris Seferovic tapped in the opener in the sixth minute after AEK goalkeeper Vasilis Barkas blocked a shot from Gedson Fernandez. The Portuguese side looked threatening on every push forward and added another nine minutes later when the unmarked Alex Grimaldo headed in a free kick from Pizzi.

But the visitors lost control after Dias received a second booking for a foul on Ezequiel Ponce.

Viktor Klonaridis scored twice in the second half but missed a clear chance for the winner moments before Semedo's goal.

"I wanted to get a third goal," Klonaridis said. "The truth is when you score that boosts your confidence to score more. But I made the wrong decision at that moment."

"We started out looking scared and there's no real explanation for that," AEK coach Marinos Ouzounidis said. "When they went down to 10 men, we reacted well and should have won it. That third goal came after we had worked so hard. It was very unfortunate,"

Bayern and Ajax drew 1-1 in the group's other game on Tuesday.