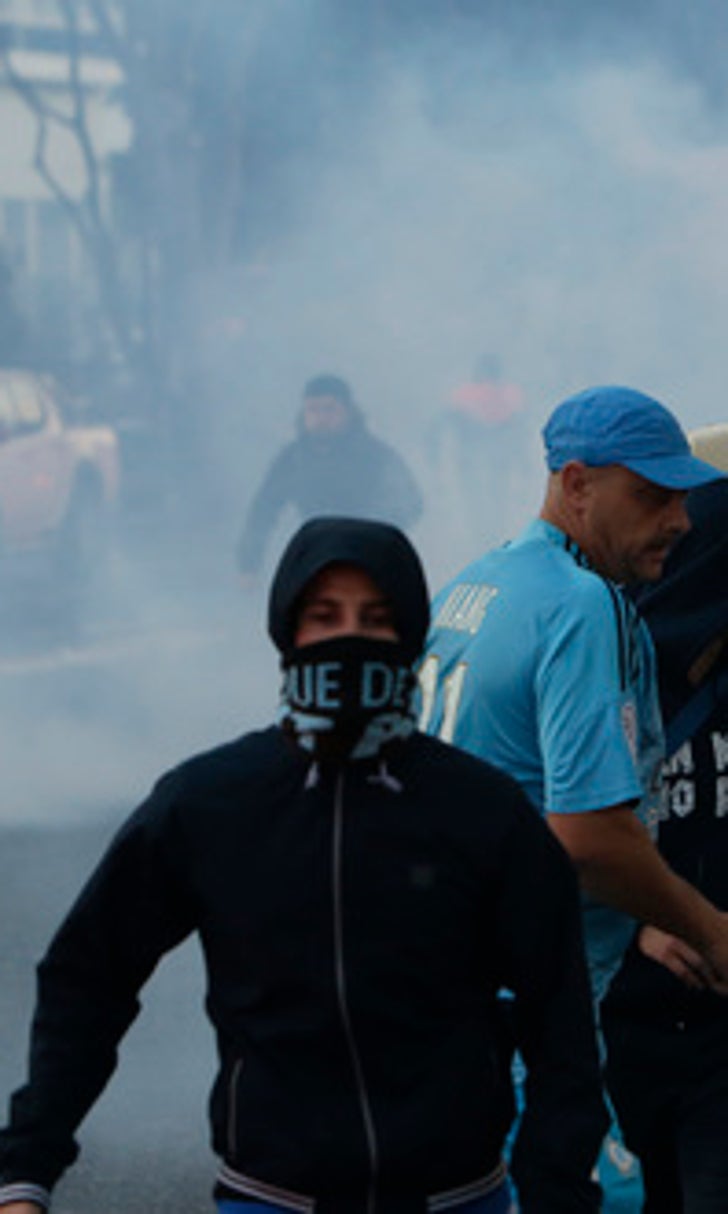 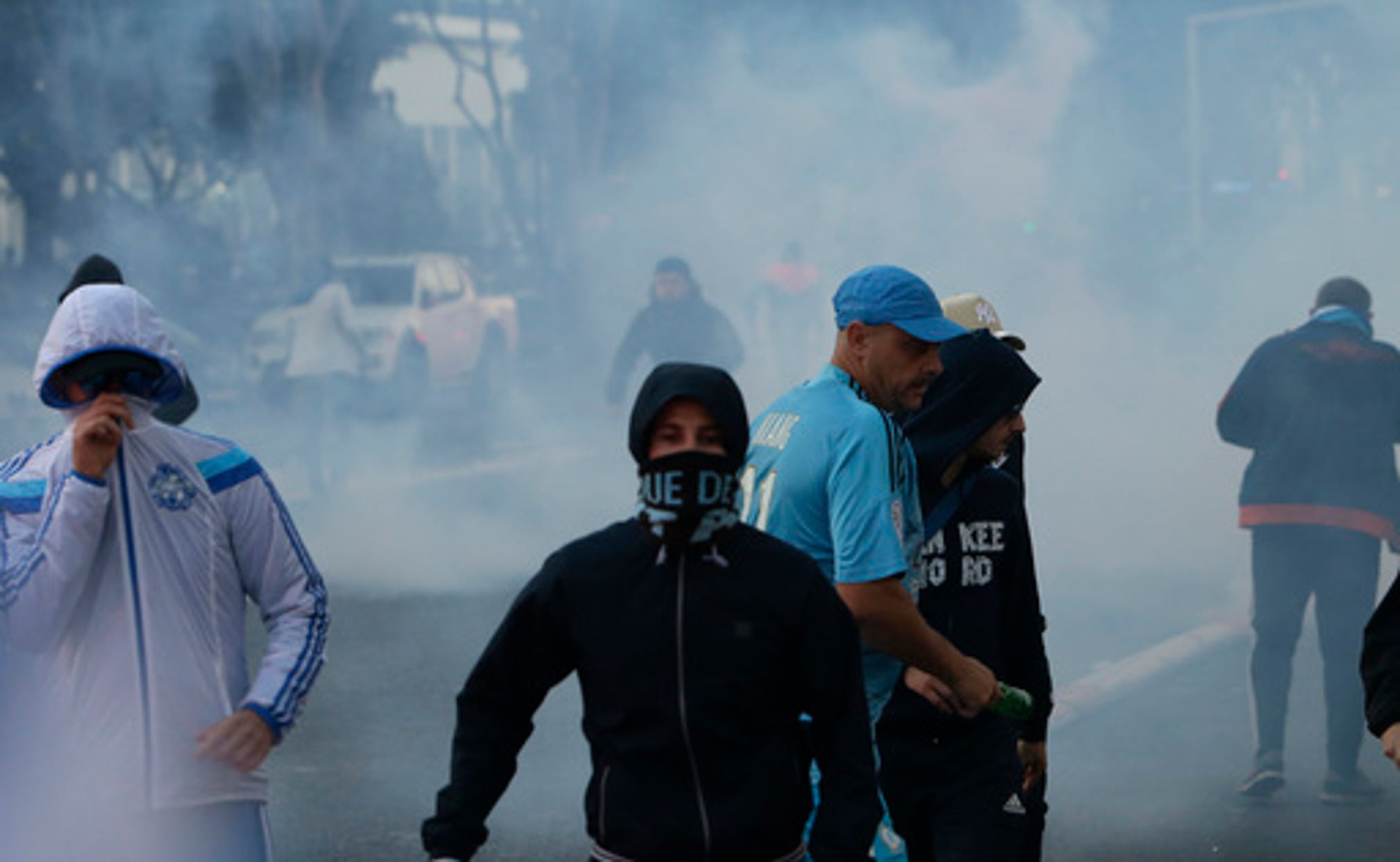 PARIS (AP) Neymar was sent off shortly before Edinson Cavani rescued league leader Paris Saint-Germain with an injury-time free kick in a 2-2 draw at rival Marseille on Sunday.

Cavani won the foul after being knocked over by forward Bouna Sarr, and stepped up to curl the ball in off the underside of the crossbar with goalkeeper Steve Mandanda slightly slow to cover.

''It's an important goal,'' said Cavani, after netting his ninth of the campaign. ''It was difficult to play here in a tough atmosphere.''

It was down to Cavani to take the free kick because Neymar, the world's most expensive player when he joined from Barcelona for 222 million euros ($260 million), was sent off after picking up a second yellow card in the 87th minute.

The Brazil striker reacted angrily to a cheap challenge from behind from Lucas Ocampos, and sent the Argentine winger tumbling to the ground at Stade Velodrome in retribution.

Shortly before, winger Florian Thauvin acrobatically volleyed home in the 78th minute from substitute Clinton Njie's pass from the byline to put host Marseille ahead.

''You always have to make the run to the front post,'' Thauvin said. ''It was a great pass from him.''

Despite conceding the late goal, it was a confidence boost for Marseille after being routed 5-1 at home by PSG last season.

Marseille is fifth, four points behind second-place Monaco and eight behind PSG - which needed an injury-time goal to win 2-1 at Dijon in its previous league game.

''It's bitterly disappointing, because we thought we'd done enough to win,'' Mandanda said. ''By the time I saw Cavani's shot coming it was too late. But we should be happy and proud of our performance.''

PSG was heavy favorite, but Marseille twice took the lead.

Roared on by 60,000 home fans, Marseille scored in the 16th minute. Holding midfielder Luiz Gustavo was given too much room, and the former Bayern Munich midfielder advanced to hit a swerving 30-meter shot into the bottom left corner.

After Cavani missed a chance immediately after, Neymar collected a pass from midfielder Adrien Rabiot just inside the penalty area and drilled a low shot in off the right post in the 33rd.

There were no PSG fans present due to security concerns but Marseille fans clashed with riot police before the game.

Nice is the surprise team of the French league once again, this time for the wrong reasons.

Having finished third last season, losing only four games, Nice slumped to its sixth defeat of the campaign with a 2-1 home defeat to Strasbourg.

An unheralded player from an island country in the central Atlantic Ocean did the damage, as Cape Verde striker Nuno Da Costa scored in each half for Strasbourg.

Midfielder Pierre Lees-Melou pulled a goal back in the 54th - scoring Nice's penalty kick in the absence of striker Mario Balotelli - after defender Ernest Seka was sent off for fouling winger Allan Saint-Maximin.

But Strasbourg held on for a win that moved the promoted side out of the relegation zone.

Memphis Depay sealed his hat trick with a coolly taken Panenka-style penalty, sending the goalkeeper the wrong way as Lyon cruised to a 5-0 win at Troyes.

The Netherlands forward earned the penalty in the 70th, running onto a fine pass from striker Mariano Diaz, drawing a defender and ending with a shot that defender Christophe Herelle saved with his arm. Herelle was shown the red card and Depay - the designated penalty taker - then argued with Diaz, who wanted to take it.

Winger Bertrand Traore turned in a cross from Brazilian left back Marcal in the 21st.

Four minutes into the second half, Depay made it 2-0 with a neat finish after a cross from the left.

Depay netted his second midway through the second half, curling the ball into the right corner following a fine run from Diaz.

''People expect a lot from me,'' said Depay, who has five league goals this season. ''I have to find my way in the team.''

Diaz got Lyon's fifth near the end with a neat finish as Lyon moved up to fourth place.