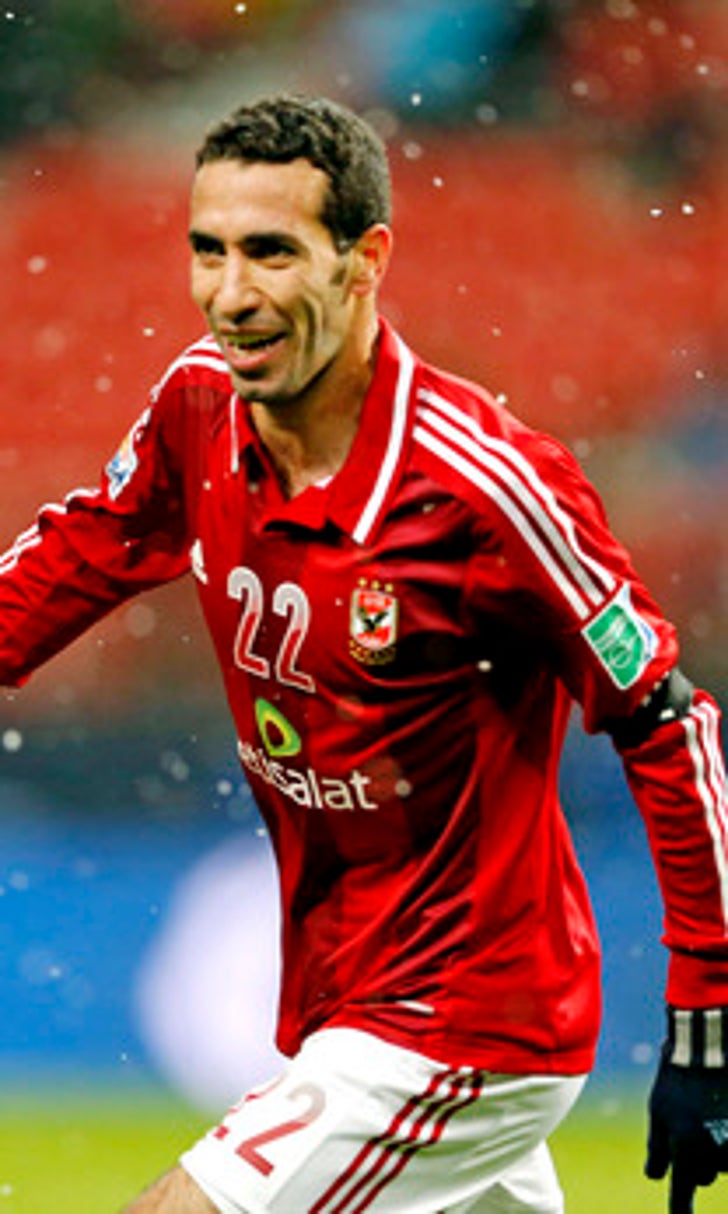 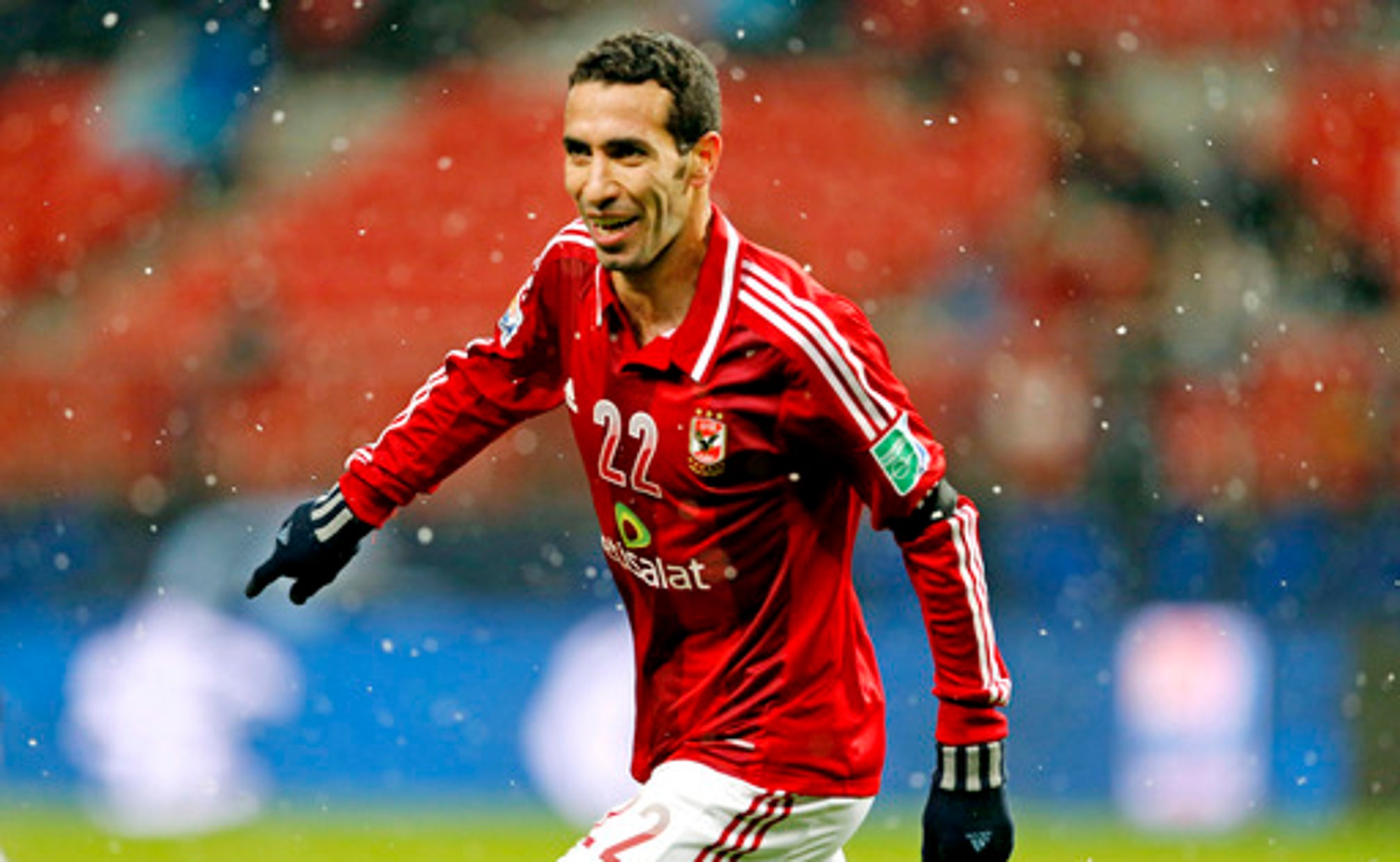 previous story
5 predictions for the 2017-18 Timberwolves
next story
Jets insist they're moving on, won't cry about overturned TD

CAIRO (AP) Soon after Egypt qualified for its first World Cup since 1990, a hashtag began trending on social media: ''Aboutrika to the World Cup.''

In a country where soccer and politics often mix, and often with explosive results, the pro-government media didn't like that.

The hashtag unleashed an intense online campaign by tens of thousands of fans calling for former star midfielder Mohamed Aboutrika, who is now living in exile in Qatar, to come out of retirement and play for Egypt at the World Cup in Russia next year.

It stirred a storm in the Arab country because of Aboutrika's alleged ties to the Muslim Brotherhood, an Egyptian Islamist group that has been outlawed and declared a terrorist organization by the government. The Brotherhood was outlawed after the military's ouster of a freely elected but divisive Islamist president in 2013.

The 38-year-old Aboutrika faces a host of charges rooted in his alleged financial support for the Brotherhood and lives in exile knowing he risks arrest if he returns home. His assets have been frozen by Egyptian authorities and his name is on a terrorism list. He now makes a living as a soccer pundit on the Qatar-based sports channel beIN.

Aboutrika turned down the call to return in a message to his supporters.

''These are kind feelings for which I thank you,'' he wrote on his Twitter account. ''But realism is better and I don't steal the efforts of others. Those men (on the current team) deserve to be there alone.''

Yet that gentle refusal didn't stop the storm around him, and the unfavorable comparisons made by some between Aboutrika and Liverpool forward Mohamed Salah, the team's current star and new darling of the pro-government media.

''Mohammed Salah is the player who stood by his country, not like the other one (Aboutrika),'' said Ahmed Moussa, perhaps the most ardent government supporter among TV talk show hosts. ''He (Salah) is Egypt's only star.''

The 25-year-old Salah endeared himself to fans with both goals, including an injury-time penalty, in a 2-1 win over Republic of Congo on Oct. 8 that ensured Egypt qualified for the World Cup for just the third time, and first time in nearly 30 years.

Salah has also been embraced by the government of general-turned-president Abdel-Fattah el-Sissi and its supporters in the media as a patriot. A donation of 5 million Egyptian pounds (nearly $300,000) Salah made in December to a development fund founded by el-Sissi has gone a long way to endear him to them.

In the week since qualification, Salah has been branded ''golden boy,'' ''legend'' and ''genius.''

One media commentator, Dandarawy el-Hawary of the daily ''Seventh Day,'' wrote of Salah's decisive goal against Republic of Congo: ''It touched off the volcanoes of patriotism, sense of belonging and love of one's country.''

Not long ago Aboutrika was the national hero - he still is to many - after playing a central role in two of Egypt's three straight African Cup of Nations titles in 2006, 2008 and 2010. Those triumphs made Egypt Africa's most successful team with a record seven titles.

Now, the pro-government media refers to him as a traitor.

Another talk show host, Amr Adeeb, suggested the campaign to bring Aboutrika out of retirement was the work of government critics and berated him for his failure to lead Egypt to the 2014 World Cup in Brazil. Aboutrika has been labeled a mercenary, with his job with the Qatar-based beIN used as evidence of his lack of patriotism because of Egypt's diplomatic spat with Qatar over the tiny Gulf nation's alleged support of terrorism.

Aboutrika's supporters argue that to have him back on the team would be a just reward for his dedication to Egypt and compensation for his failed efforts to get the team to previous World Cups. They point out that Argentina great Diego Maradona and Cameroon's Roger Milla both came out of retirement to play for their countries at the World Cup.

Responding to the criticism from government supporters, Aboutrika's fans have also been posting videos of him scoring goals for club and country in years past, with commentators lavishly praising him for his skill and passion.

This story has been corrected to show that Aboutrika played a central role in two of Egypt's three straight Africa titles.