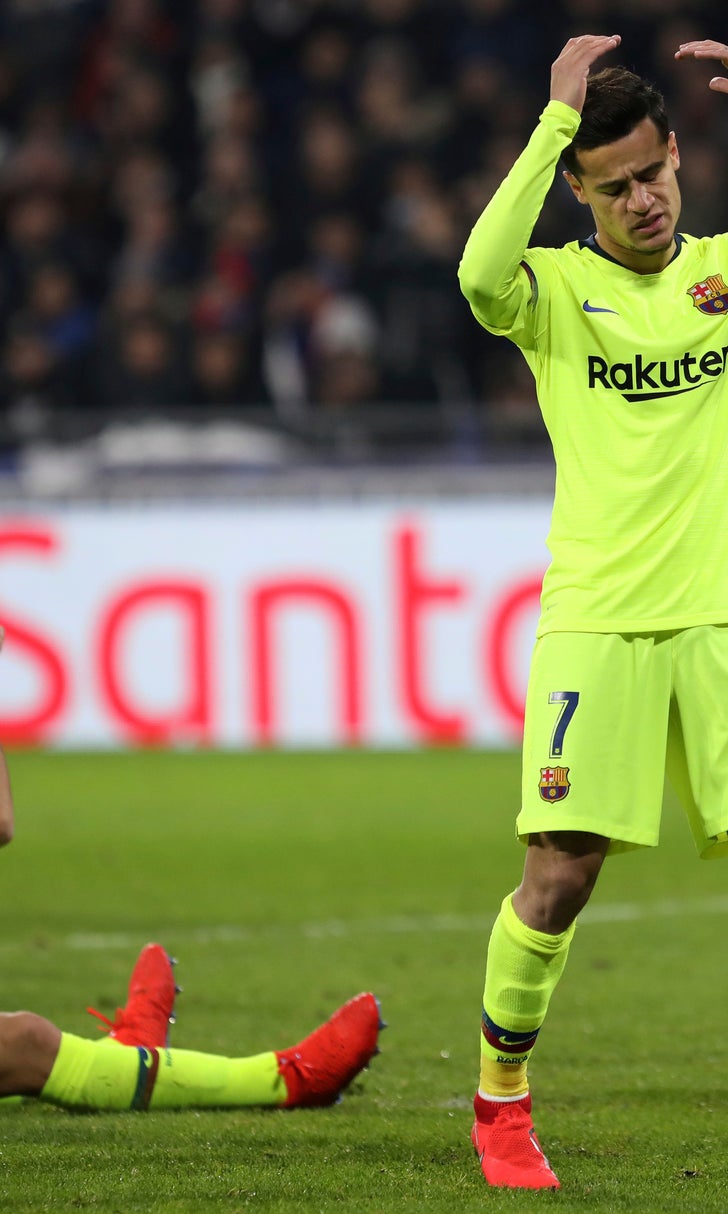 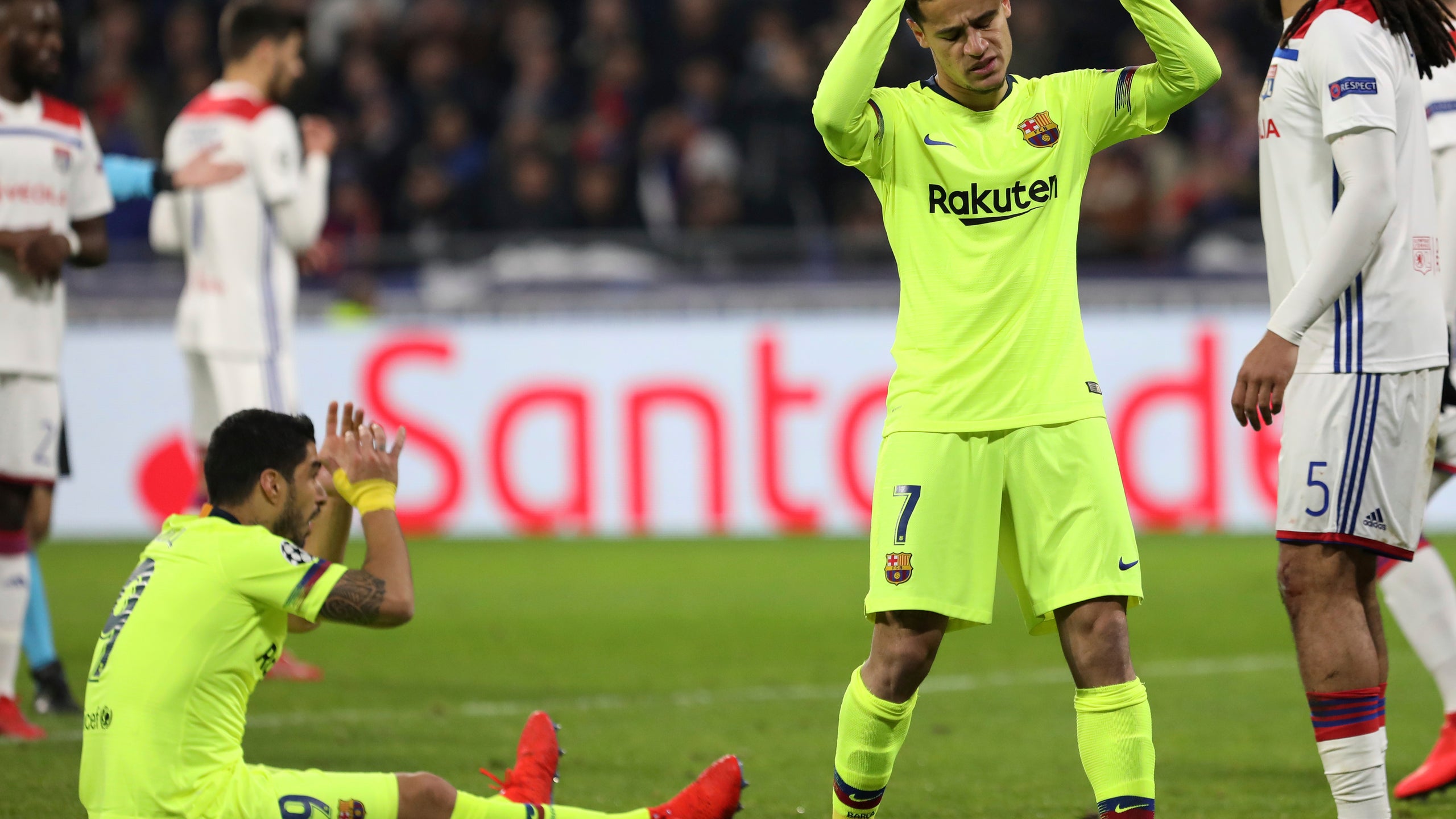 And it's happening at a bad time, with the team entering the decisive stretch of the season.

Luis Suarez is going through a slump, Ousmane Dembele hasn't proven himself as a starter, and even Lionel Messi has struggled recently.

Barcelona has scored only twice in its last four matches in all competitions. It has won only one of its last five games, being held scoreless in two of its last three matches.

"We've tried to score in every possible way," Barcelona coach Ernesto Valverde said after the team's 0-0 draw at Lyon in the Champions League on Tuesday. "We've created many chances but couldn't capitalize on them. Soccer is about creating opportunities and capitalizing on them, and we haven't been able to do that."

Before the recent struggles, Barcelona had won five of six matches in all competitions, outscoring opponents 17-4.

Messi scored only once in his last four games since recovering from a right leg muscle injury, with the only goal coming from a penalty kick in last weekend's 1-0 home win against Valladolid in the Spanish league, when he also missed from the penalty spot.

Messi had scored in nine straight matches before hurting his leg in a 2-2 league draw against Valencia.

Dembele has been playing better recently — having started in two straight games — but he has scored only three goals in his last eight matches.

But the biggest concern is with Suarez, who has only two goals in his last 10 matches.

The Uruguay striker has produced some uncharacteristic mistakes in front of the goal, making poor decisions with the ball and wasting some easy chances that he would normally not miss. It happened a few times against Lyon in the Champions League, and also in previous matches.

"I'm not worried," Valverde said. "I would be worried if he hadn't been creating opportunities, which is what you ask from a striker. Although he hasn't been scoring, he has been helping his teammates."

The squad has come out to support the striker, who has 18 goals in 36 appearances for club and country this season.

"Strikers need goals, but we can't only expect that from Luis," Barcelona midfielder Sergio Busquets said. "The work he does to help the rest of the team is important. This bad streak will eventually end."

"He always does everything possible to be at his best," the goalkeeper said. "We hope he can start scoring again soon so he can regain his confidence."

Barcelona will need Suarez to be at his best as it faces a difficult stretch of matches that could ultimately decide its season.

Barcelona has a seven-point lead over Atletico Madrid in the Spanish league, with Real Madrid nine points behind.