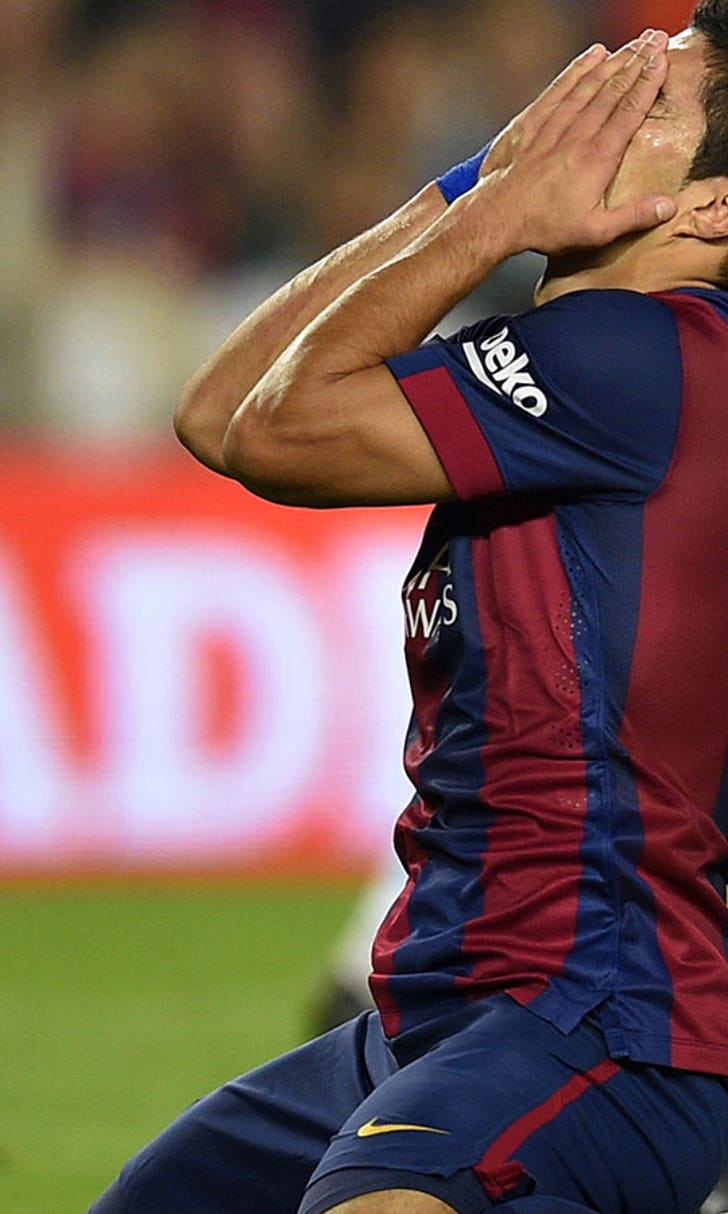 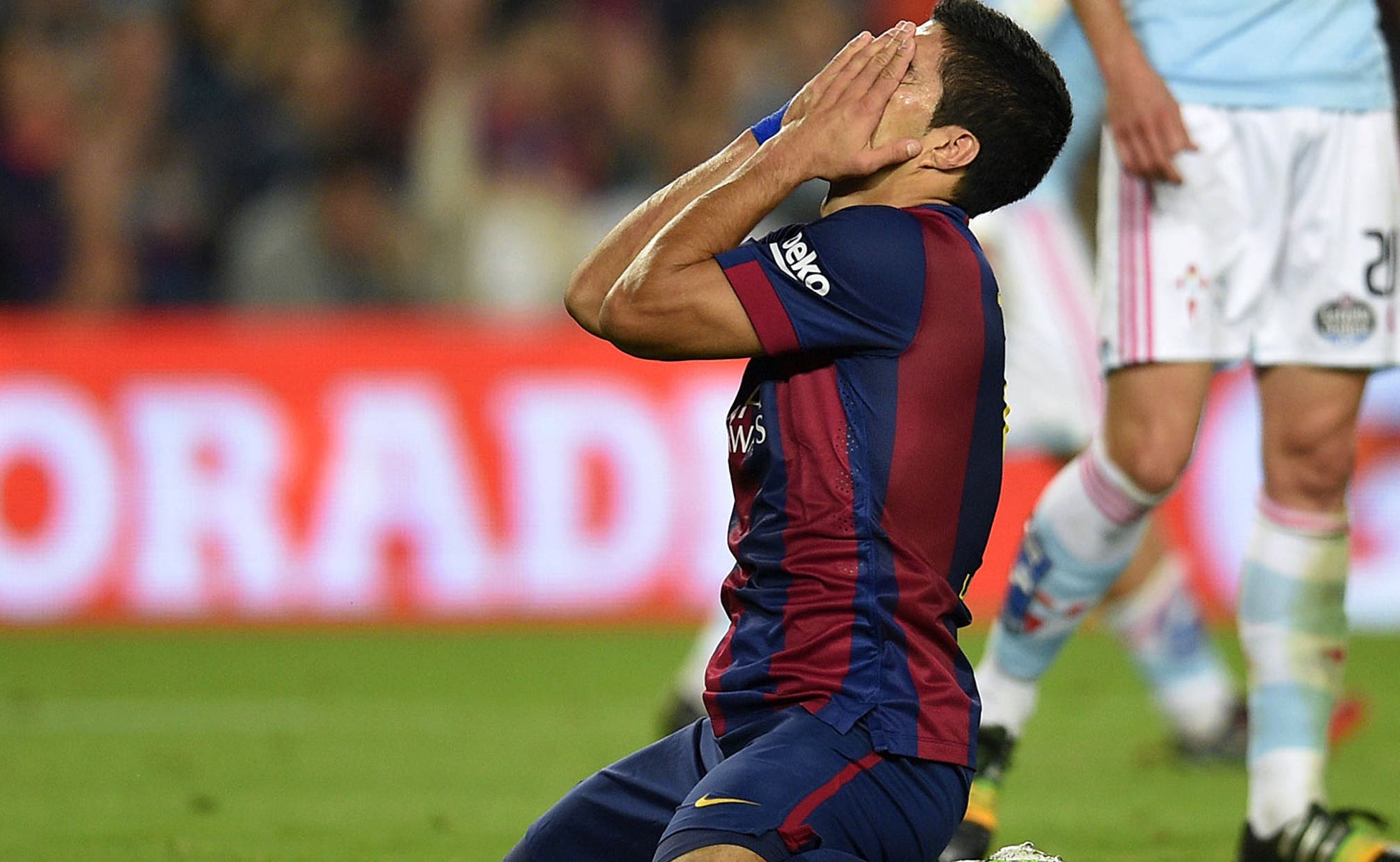 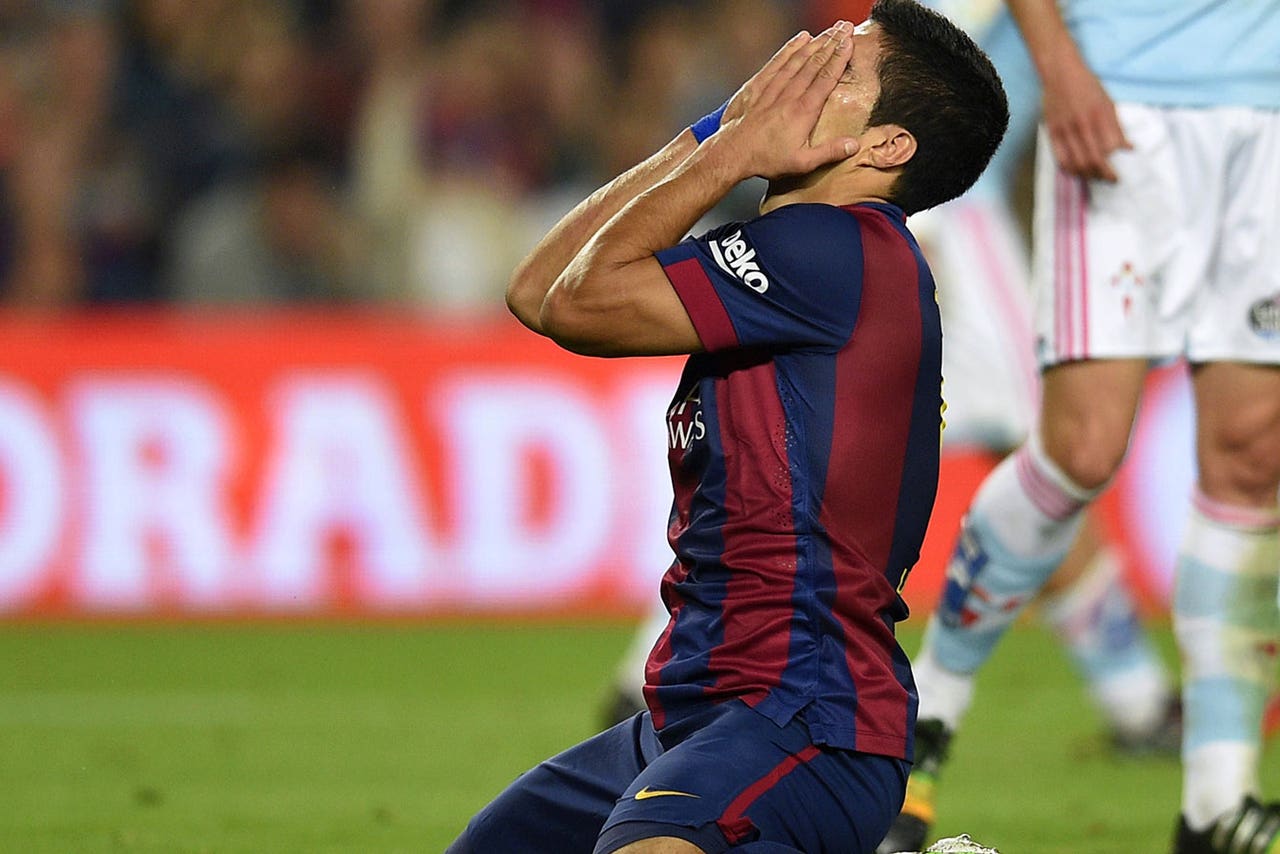 Luis Suarez's Nou Camp debut turned into a Halloween nightmare for Barcelona as they were beaten 1-0 by coach Luis Enrique's former side Celta Vigo.

The Catalan giants had nine shots on target and hit the woodwork three times, but the game was decided by Joaquin Larrivey's strike in the 55th minute - dealing Barca a first home defeat since January.

The result was a second straight loss in La Liga for Luis Enrique's side following last weekend's Clasico reverse at the Bernabeu, and meant Barca also surrendered top spot to their arch rivals following Real Madrid's 4-0 win at Granada earlier on Saturday.

Luis Enrique made three changes to the team that lost in the capital last Saturday, recalling Jordi Alba, Rafinha and Ivan Rakitic in place of an injured Andres Iniesta, Xavi and Gerard Pique, who was left out of the squad.

Barca had a couple of early chances, with Neymar heading at goal and then rattling the bar from the corner of the penalty area, but then Celta settled into the game, spending a large period in the Barca half, with Nolito firing wide and Pablo Hernandez's header forcing a save from Claudio Bravo.

The hosts came back at their opponents, though, and Lionel Messi could have scored on three occasions in a matter of minutes.

His first-time effort was punched away at the near post by the brilliant Celta goalkeeper Sergio Alvarez; the Argentinian then rounded the visiting stopper but saw his effort slid onto the bar by Jonny Castro; and a couple of minutes later he headed over from eight yards out.

There was still time for more attempts before the break, with Alvarez diving low to keep out efforts from Suarez and then Neymar.

Barca continued their relentless attacking in the second half, Neymar clipping the bar again after a cut-back from Alba.

But Celta managed to quell the assault, and, on 55 minutes, stunned the Nou Camp. The goal originated from a long punt upfield by Alvarez, headed into the path of Nolito. The former Barcelona player out-muscled Dani Alves and Sergio Busquets to flick the ball to Larrivey, who side-footed into the bottom corner.

Barca struggled to respond immediately, but, helped by the appearance of Xavi and Pedro Rodriguez from the bench, laid siege to the Celta goal in the the final 20 minutes.

Suarez headed straight at Alvarez from 10 yards out, Messi clipped the upright from a free-kick and then Alvarez produced another excellent save from the Uruguay striker.

Celta could also have scored again, substitute Charles heading over from inside the area after Bravo had saved from Nolito.