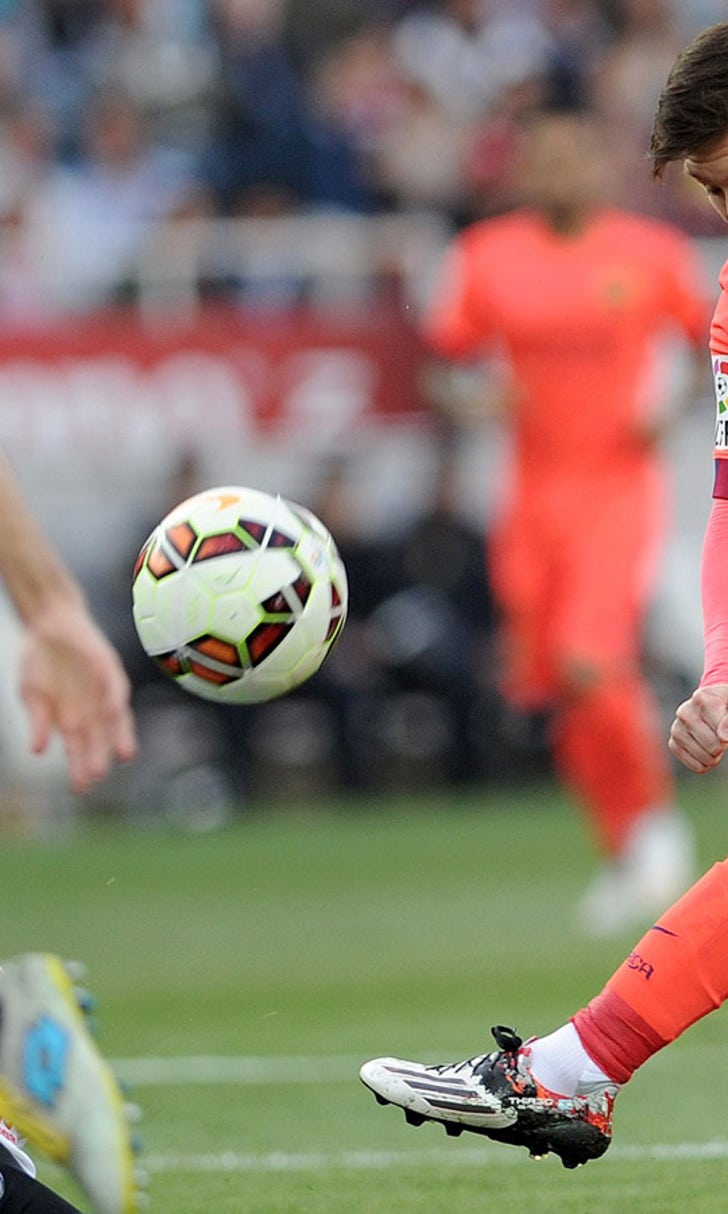 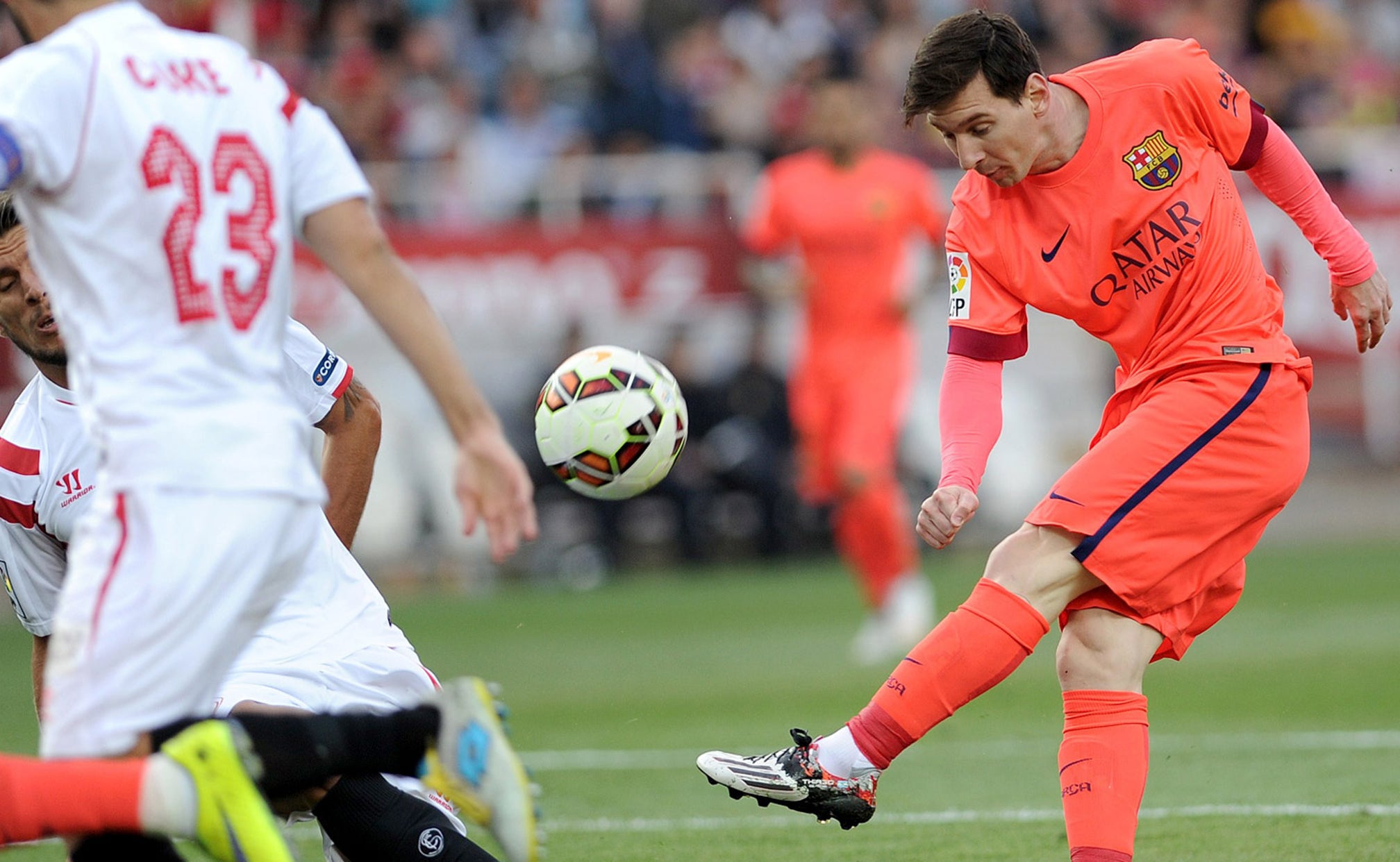 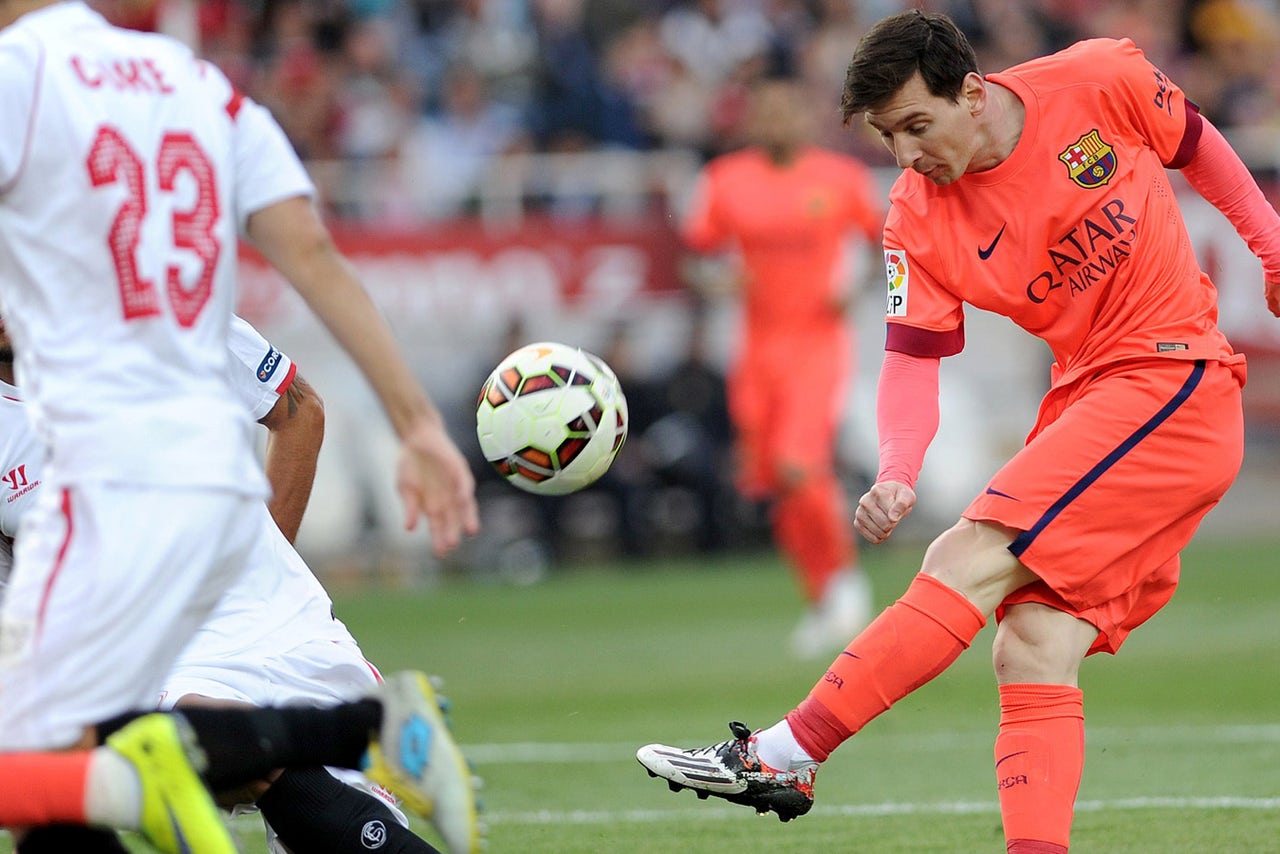 Barcelona threw away a two-goal lead to draw 2-2 at Sevilla and hand Real Madrid a lifeline in the Primera Division title race.

Lionel Messi opened the scoring in the 14th minute with a curled effort and Barcelona looked well on the way to a vital win when Neymar doubled the lead just past the half hour mark with an exquisite free-kick.

But Ever Banega pulled a goal back before halftime to lift the home fans -- and the majority of the fans inside the Sanchez Pizjuan were delighted when substitute Kevin Gameiro leveled from close range in the 84th minute.

The Frenchman's strike preserves Sevilla's unbeaten home record this season and cuts Barca's lead over Madrid at the top of the league table to just two points, with seven matches of the season remaining.

Luis Enrique named a full strength side after resting several players for the 4-0 win over Almeria, recalling Neymar, Andres Iniesta and Gerard Pique, while Jordi Alba returned after a fortnight out with a muscle problem.

The game was played at a frenetic pace from start to finish but Barca were the first to draw blood. Neymar spread the play to Messi with a flick of the outside of his right boot and the Argentinian stepped into the area from the right to bend the ball into the far corner.

Sevilla were far from rocked by the goal though, and maintained their high tempo. The home side were denied a dangerous-looking counter as play was called back for a questionable foul, while Aleix Vidal was racing towards goal unchallenged.

However, Barca doubled their lead after Luis Suarez was fouled on the edge of the area, with Neymar curling the ball over the wall and into the top corner of the net.

Barely a minute after the goal, Barca were rampaging down the other end again, with Neymar slipping the ball towards Suarez. However, despite having no defenders near him, the Uruguayan lost his balance and shot into the side netting.

At the other end, Banega played an exquisite ball to Vicente Iborra, who curled it over the bar. However, the next time the hosts advanced, Banega blasted the ball goalwards and goalkeeper Claudio Bravo could not stop the ball creeping into the far corner of the goal.

Sevilla were back in the game but could have conceded again from a free-kick on the stroke of halftime -- but Sergio Rico made a fingertip save to deny Messi. There was no let-up in the second half, with the first chance of the second period seeing Iniesta shoot straight into Rico's body. The ball spilled out to Suarez, who sent the rebound flying over the bar.

Then Barca were let off the hook as the ball dropped to Carlos Bacca in the area -- but the Colombian could not keep his shot down. However, Sevilla refused to wilt and kept on pushing for another goal and their persistence eventually paid off.

Substitute Jose Antonio Reyes produced a stunning piece of skill in the centre circle to evade his marker and release Vidal on the right of the area, and the midfielder rolled the ball to the far post for Gameiro to poke home from a few yards out.

Barca's last chance to grab a late winner fell to Sevilla old boy Ivan Rakitic -- but the Croatian failed to find the target.