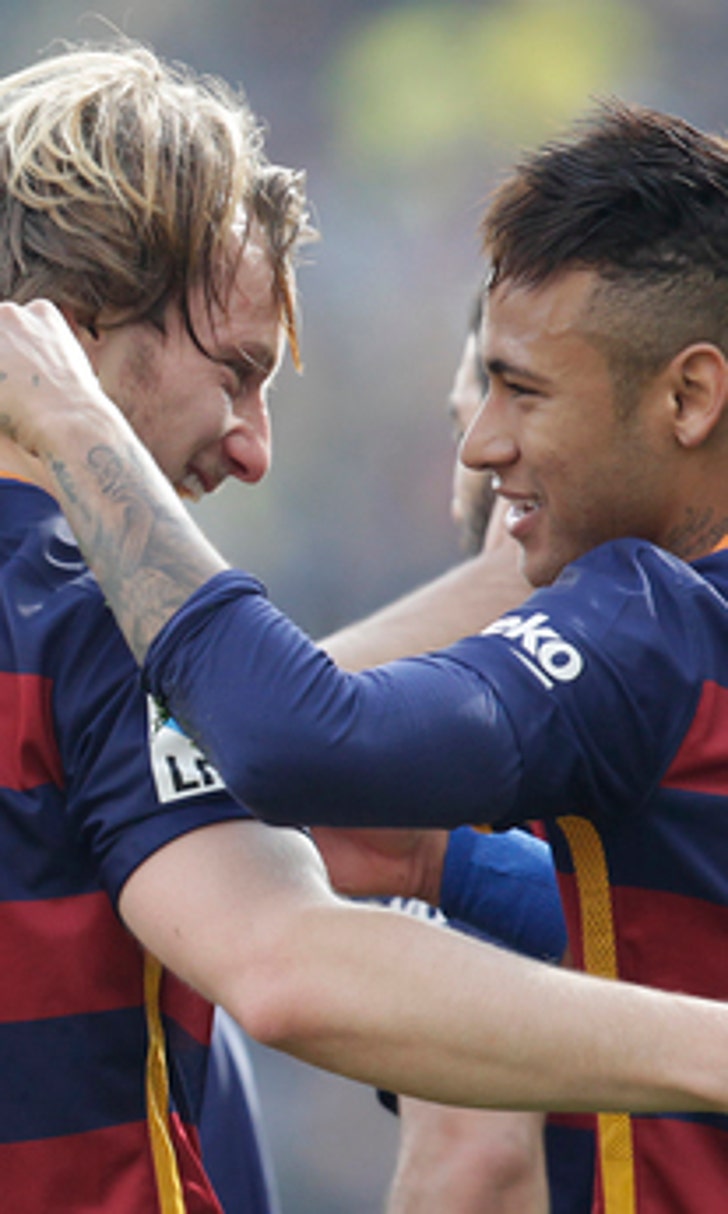 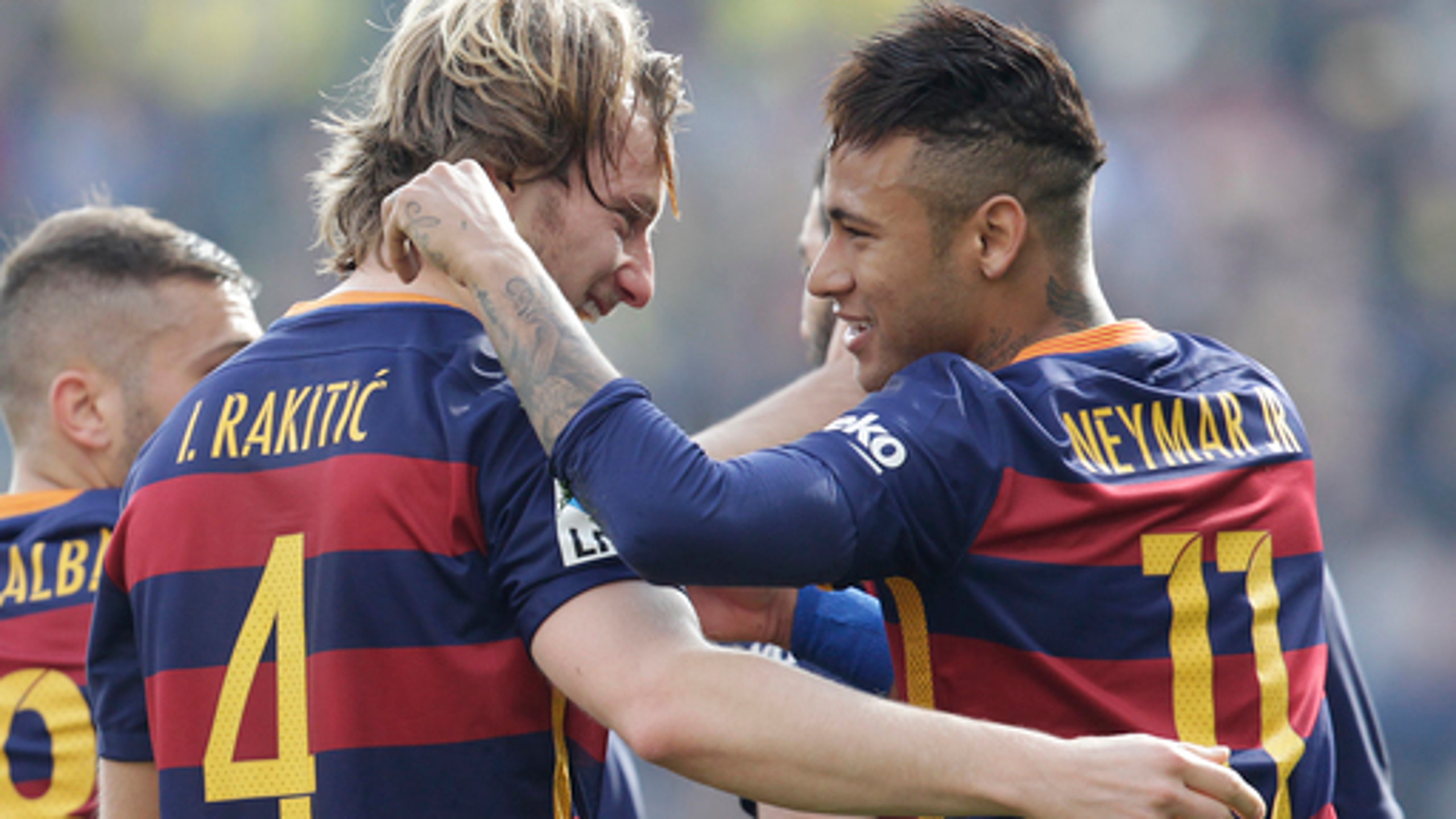 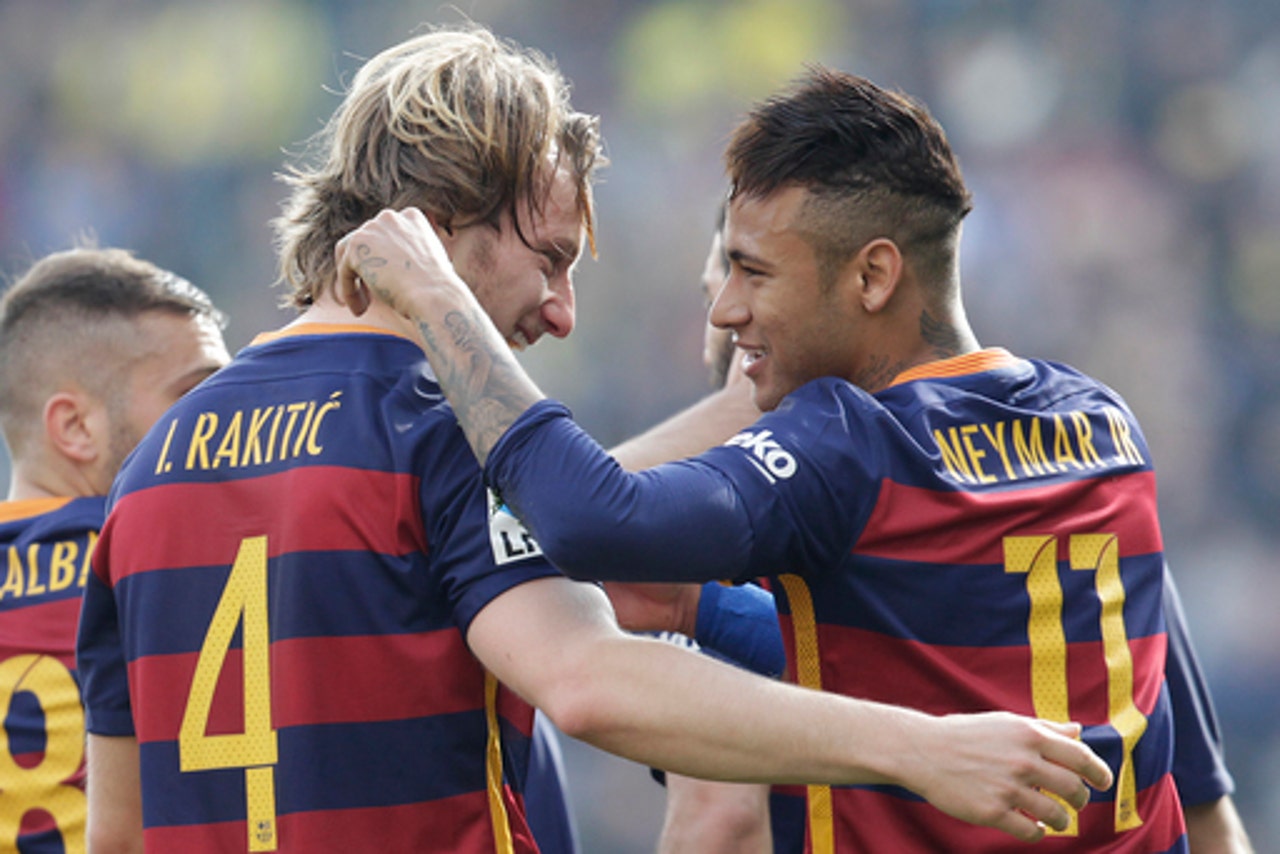 BARCELONA, Spain (AP) Barcelona drew 2-2 at Villarreal after squandering a two-goal lead on Sunday, as the defending Spanish champion settled for increasing its lead in the Spanish league to nine points.

Ivan Rakitic opened the scoring in the 20th minute and Neymar added a penalty in the 41st, after the referee had sent off Villarreal coach Marcelino Garcia for protesting.

But fourth-place Villarreal rallied with a goal from forward Cedric Bakambu in the 57th before Barcelona substitute Jeremy Mathieu knocked in an own goal in the 63rd.

Barcelona's 12-round winning streak ended a day after second-place Atletico Madrid stumbled in a 2-1 loss at Sporting Gijon.

Barcelona extended its Spanish record unbeaten streak to 39 consecutive games in all competitions.