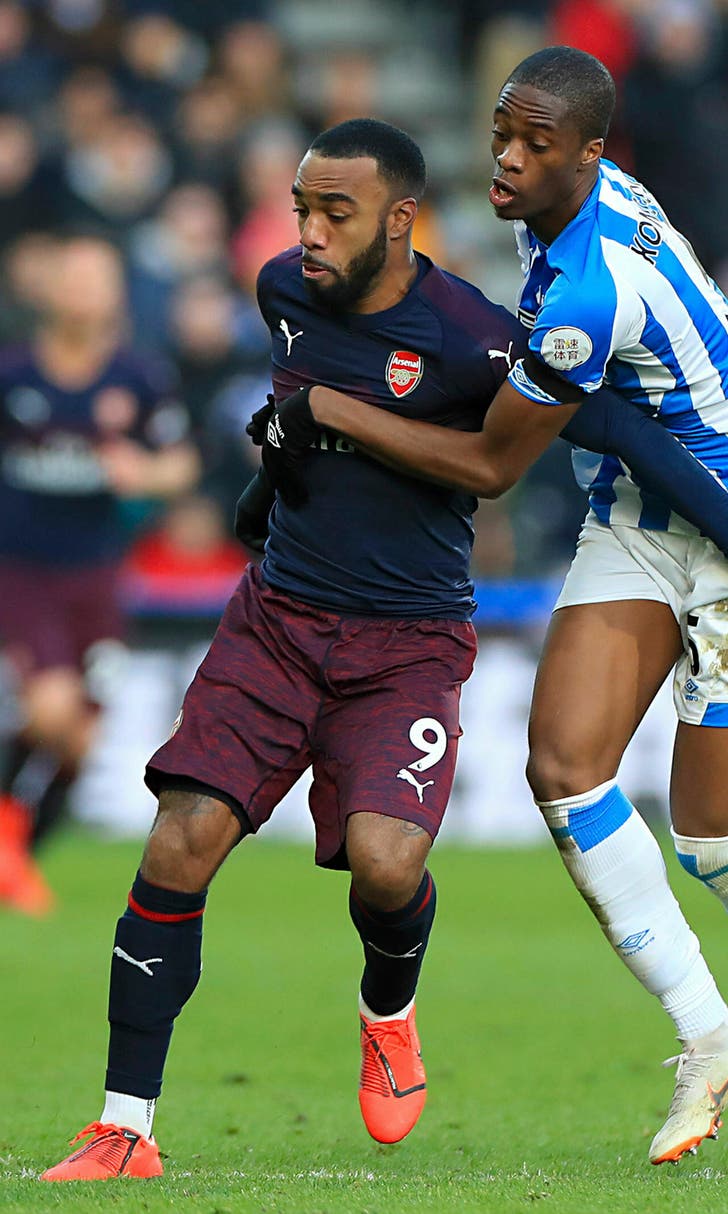 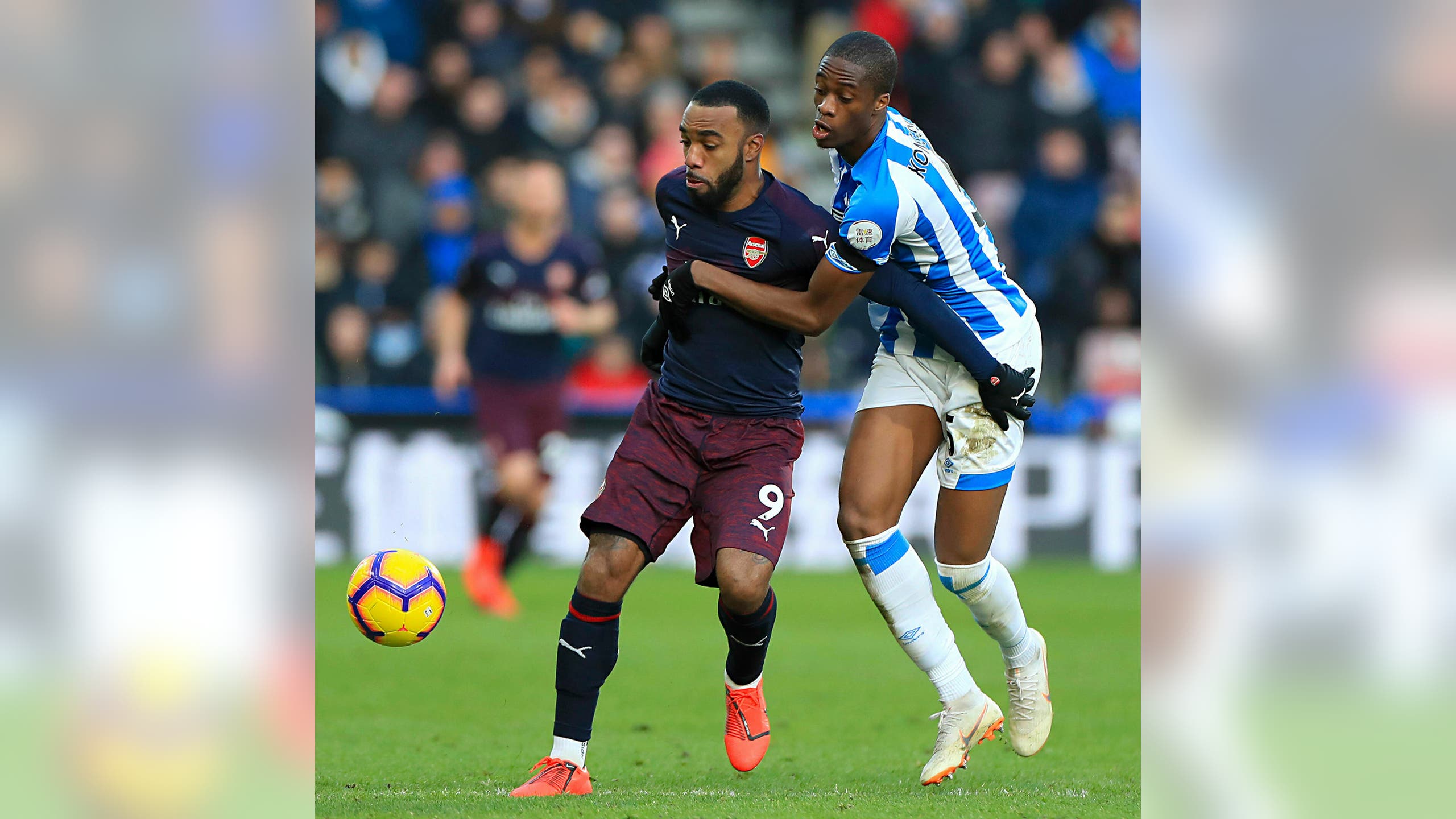 HUDDERSFIELD, England (AP) — Alex Iwobi and Alexandre Lacazette scored in the first half as Arsenal stayed in the hunt for a top-four finish by beating last-place Huddersfield 2-1 in the English Premier League on Saturday.

Huddersfield pulled a goal back in injury time when Arsenal defender Sead Kolasinac hit the ball into his own net, denying the Gunners a first away clean sheet in the league.

But the game had virtually been decided in the first half, as Iwobi met a cross from Sead Kolasinac with a volley that was deflected past goalkeeper Ben Hamer in the 16th minute, and Lacazette doubled the lead just before the break. The French striker slotted home from close range after Ainsley Maitland-Niles squared the ball across the goalmouth.

Huddersfield had a penalty appeal denied when a shot struck the arm of center back Laurent Koscielny in the Arsenal area in the first half, but the hosts responded well in the second and forced a couple of good saves from Arsenal goalkeeper Bernd Leno. They finally got a goal three minutes into injury time when Adama Diakhaby's strike was saved by Leno but the ball continued to bobble toward goal, and was put into the net by Kolasinac.

However, it was too late to launch a comeback and Huddersfield remained rooted to the bottom, having won just two games.

Arsenal stayed in sixth place but was level on points with Chelsea ahead of its London rival's trip to Manchester City on Sunday, and remained one point behind fourth-placed Manchester United.

Arsenal was without striker Pierre-Emerick Aubameyang and Mesut Ozil due to illness, but Unai Emery's team was boosted by the return of Henrikh Mkhitaryan from an injury that had sidelined him since Dec. 19.

Mkhitaryan was heavily involved in the second goal as he fed Maitland-Niles down the flank and set up Iwobi for another great chance in the 70th before being substituted for January signing Denis Suarez.