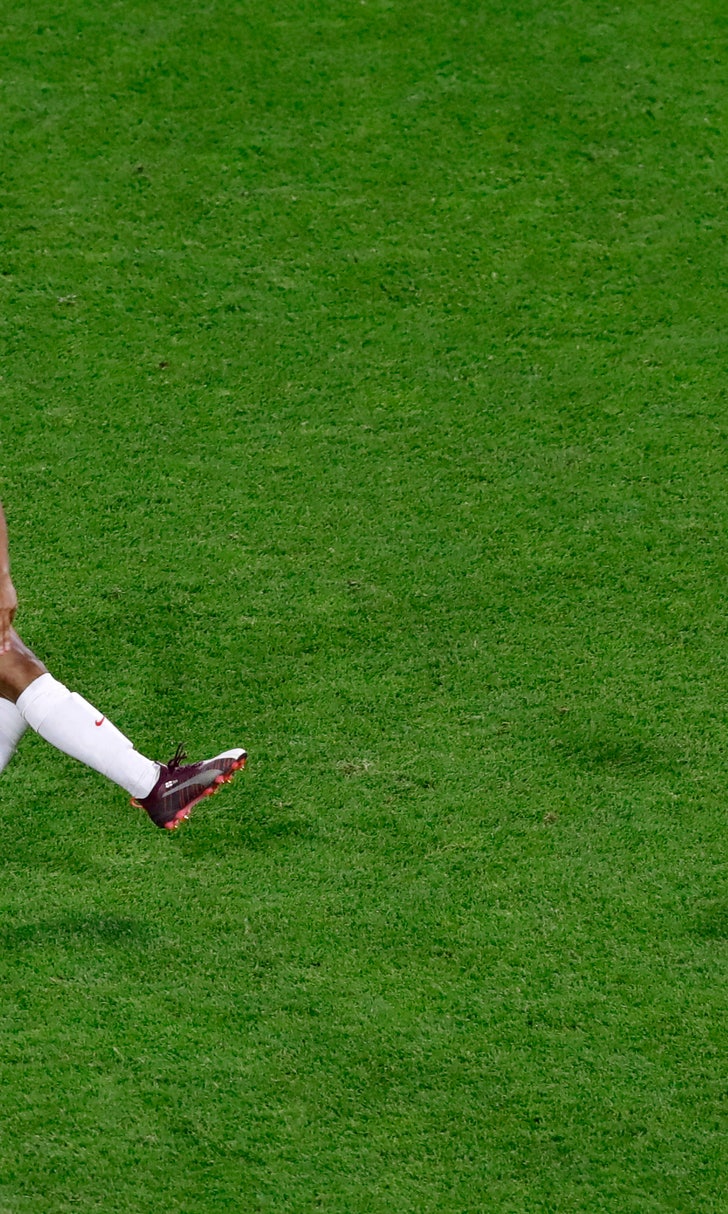 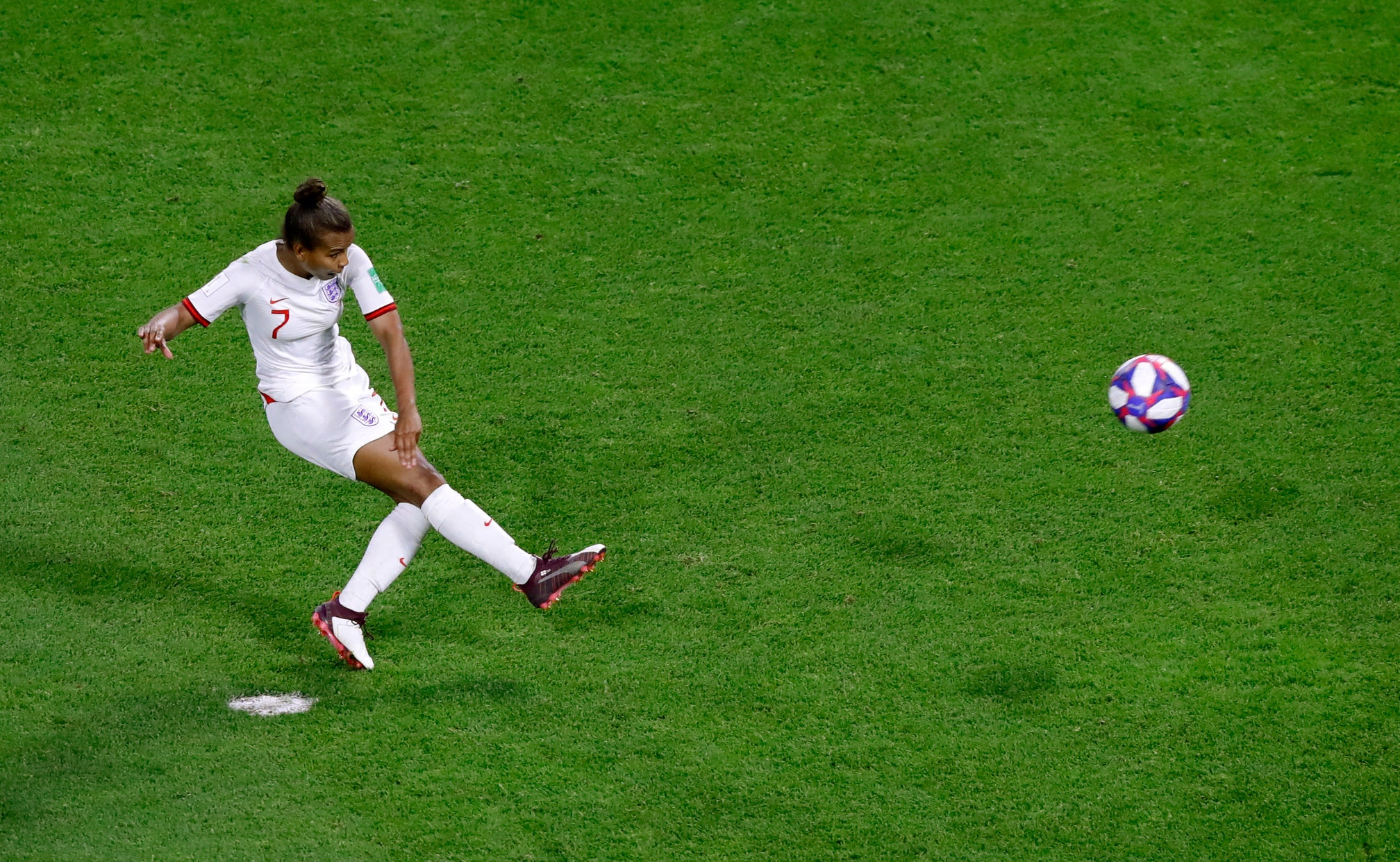 LONDON (AP) — As Nikita Parris reflects on a transformative year for English women’s football, not ending 2019 as a world champion still hurts.

­­­­­It’s even harder to banish that lingering sense of disappointment when the scene of the Women's World Cup semifinal loss to the United States is also her new home in France.

And, yet, transferring to Lyon after the World Cup is just what Parris feels was necessary to continue improving and ultimately help England win its first major women's title.

“It's seeing how, day-to-day, the best go about being the best,” Parris said in an interview with The Associated Press. “One of my goals when going to Lyon is to learn how to win at the crucial time in the big games, how to perform and ... to understand what it takes to be the elite of the elite.”

Lyon’s status as Europe’s elite women’s club is undisputed as the four-time defending winner of the Champions League and 13 successive years as the French league champion.

“They’re the moments, the high-pressure moments, that I'm going to learn the most about myself, my teammates, and ultimately how to respond and react," said Parris, who scored in a 6-0 win over Metz on Sunday that took Lyon five points clear of Paris Saint-Germain.

Among her teammates are compatriots Lucy Bronze and Alex Greenwood. They have reflected on helping England achieve a third successive major tournament semifinal. But, also, on how they could have prevented falling to the Americans 2-1 five months ago.

“The disappointment, it was huge,” Parris said after wandering past Women's World Cup memorabilia at the London headquarters of Visa. “It took me a long time to get over that semifinal defeat. I felt we were so much in the game. We believed wholeheartedly that we would go on to win the World Cup. So, it was a hard pill to swallow.”

The remedy is yet to be discovered for a side that left France on a low after losing to Sweden in the third-place game.

“We fell short, so we have to find (out) what we missed, and that was definitely a lot of soul-searching,” Parris said. “There’s been a post-World Cup comedown. There's no denying that. We're in that in-between stage where we're trying out new things and we're trying to find a way to close the gap on what we missed in the World Cup.”

Since then, the English have won only twice in six games, which were all friendlies because they had already qualified for the 2021 European Championship as hosts. Before then, there is the hope of being selected for the English-led British team at the 2020 Tokyo Olympics.

“It’s a time for trial and error in order to make sure we’ve got the right recipe going into 2021 because ultimately that's where we want to win,” Parris said. “We have to find a solution quickly.”

The solution is not changing manager, with Phil Neville backed by Parris to lead England into a third year.

“We stick together. We have a strong mentality and ultimately, we believe in each other,” Parris said. “We believe in Phil. He believes in us.”

The scrutiny on Neville’s future reflects growing interest in Lionesses who attracted a crowd of 77,768 at Wembley for the 2-1 loss to Germany last month.

Parris missed a penalty in that friendly when Germany was leading 1-0. It is a sign of Parris' resolve that she has continued with spot kick duties despite also missing two at the World Cup after netting from one in the opening win over Scotland.

“Inside our camp we know what kind of journey we are about to go on,” Parris said, "and it's going to be ups and downs. But we 100% have each other’s backing and belief.”

Playing for England, Manchester City, and Lyon has enabled Parris to see the benefits of greater investment in the women’s game. But there is a wider, selfless aspiration heading into 2020.

“Making sure that the gap in women's football doesn't grow so the top teams don’t continue to grow and the lower teams continue to fade away,” Parris said. “And ultimately that every league across the world grows.”

Still only 25, Parris is in the prime of her career. But she flew back to London to discuss more broadly her post-playing career, during two days of brainstorming by 16 of Europe’s top female players at what was called a Team Visa Summit.

Parris was told by a coach at Everton to always have a Plan B when starting out her career. For now that plan will see Parris work to ensure women’s football is introduced into more schools at a young age.

“I put myself in the best position to be able to transition smoothly into my second career path,” Parris said. “You can’t stay in the present. Each and every day you have got to be better than you were yesterday. That’s both on the pitch and off the pitch. So I definitely look ahead.” 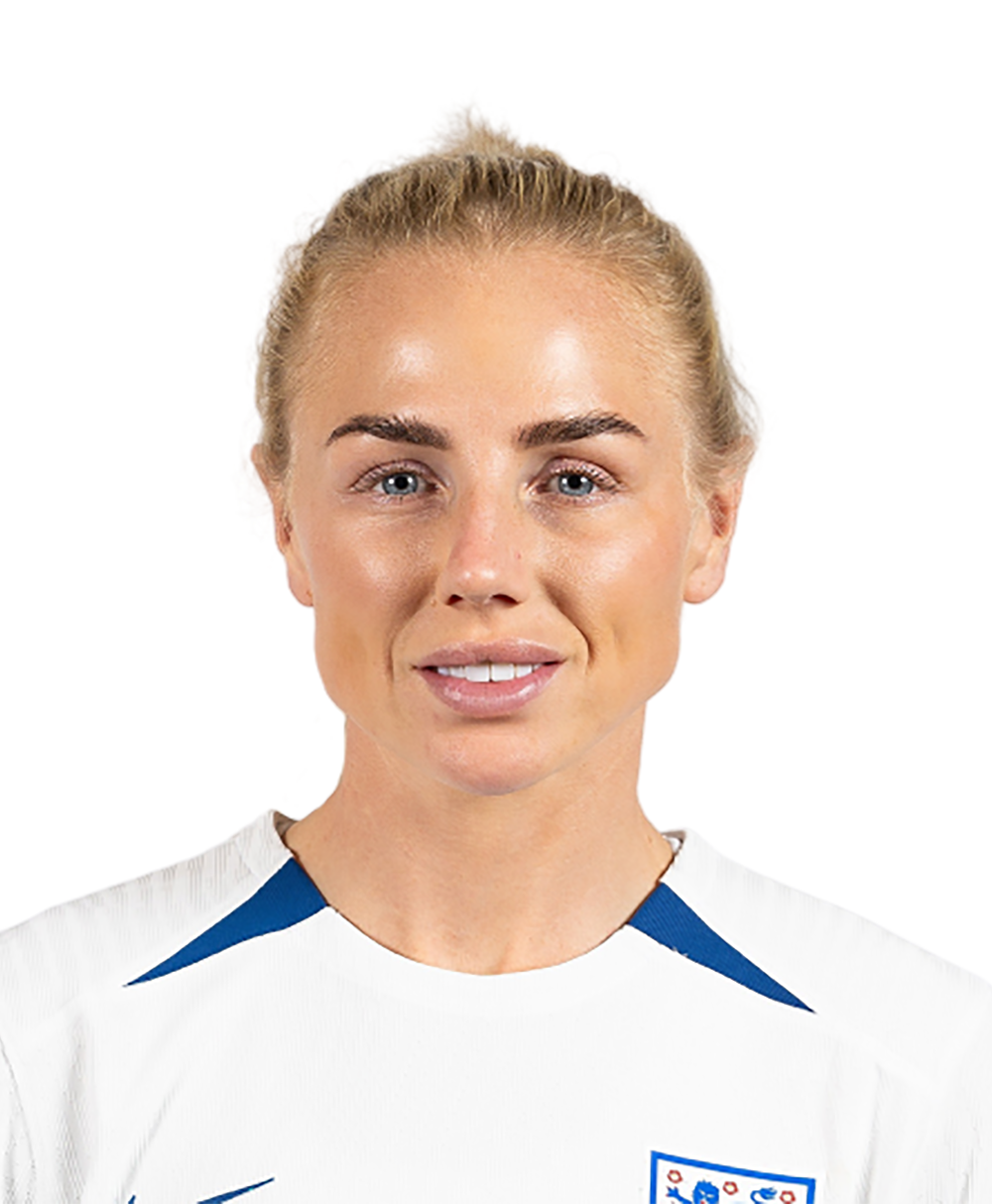