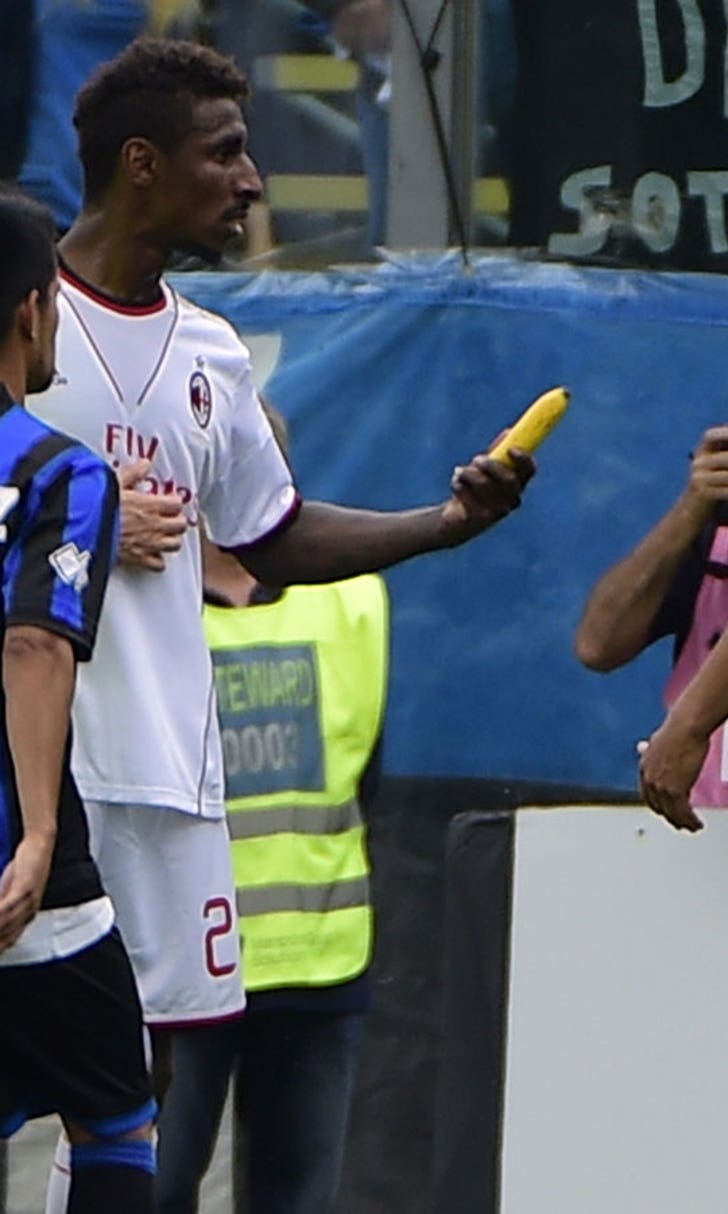 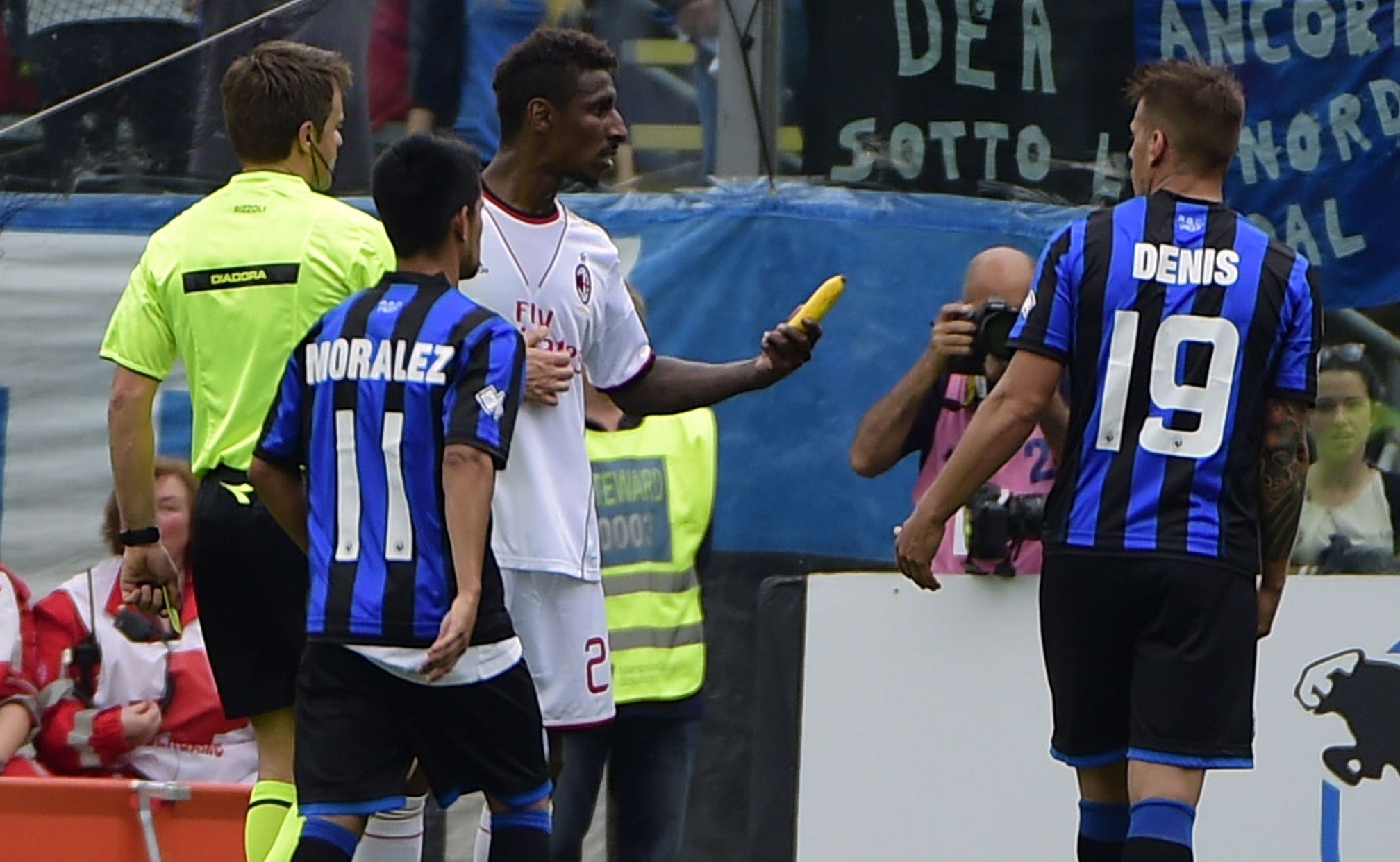 AC Milan defeated by stunning late goal vs. Atalanta in Serie A 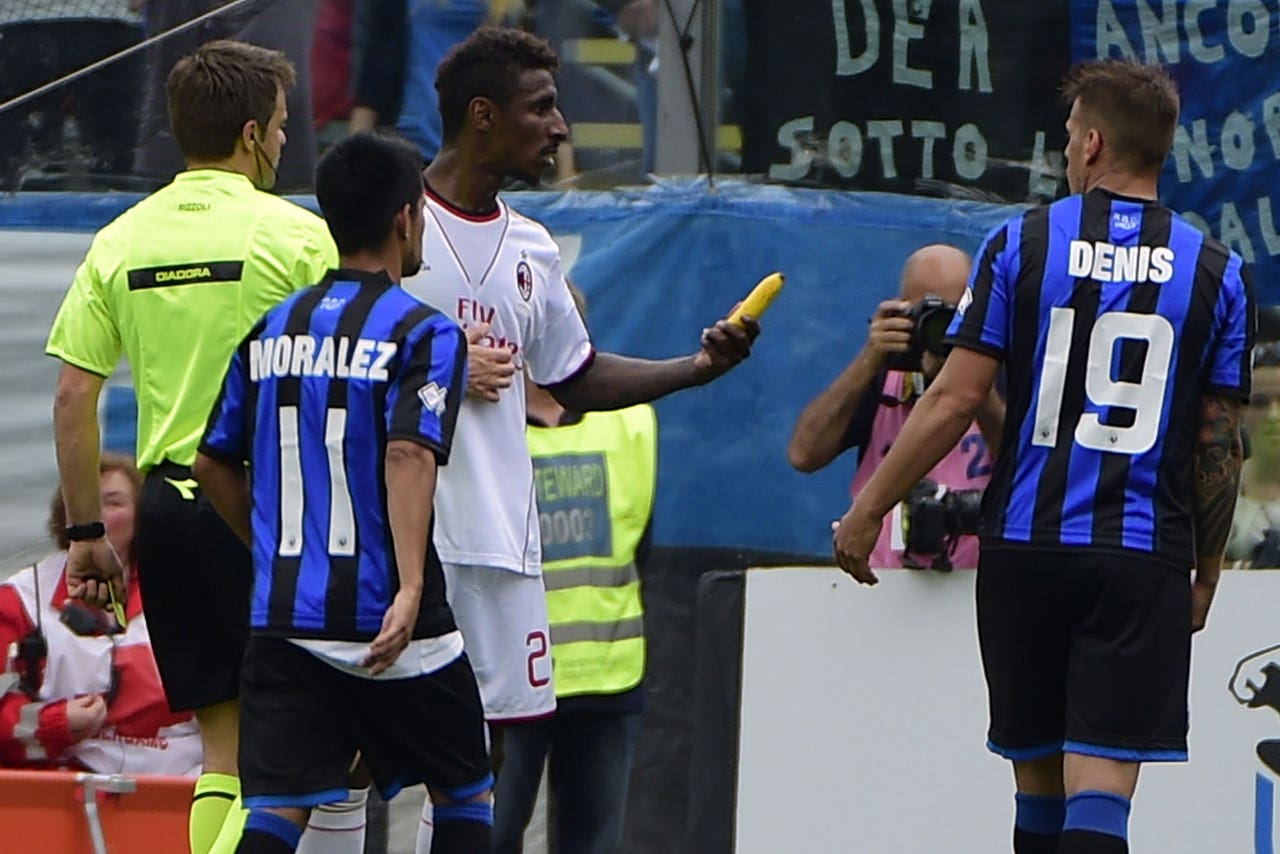 MILAN (AP) A stunning stoppage-time winner helped Atalanta beat AC Milan 2-1 Sunday in Serie A to wreck its European hopes after a match that was again blighted by racism.

Franco Brienza curled a 30-meter effort into the top left corner in the sixth minute of added time.

Milan broke the deadlock early in the second half when Atalanta defender Gianpaolo Bellini turned Sulley Muntari's cross into his own net.

Atalanta leveled from the spot in the 68th minute, with German Denis sending Marco Amelia the wrong way after Kevin Constant had fouled Carlos Carmona.

Fans were warned over the loudspeaker that further incidents would lead to the game being suspended.

Milan fought hard to win the match and Mario Balotelli - who had hit the crossbar at the end of the first half - saw an audacious effort from the outside edge of the penalty area crash off the far post.

Milan moved level with sixth-placed Torino, which hosts Parma in a direct battle for the final Europa League spot.

The only positive for Milan was the halftime introduction of forward Stephan El Shaarawy for his first appearance of 2014.