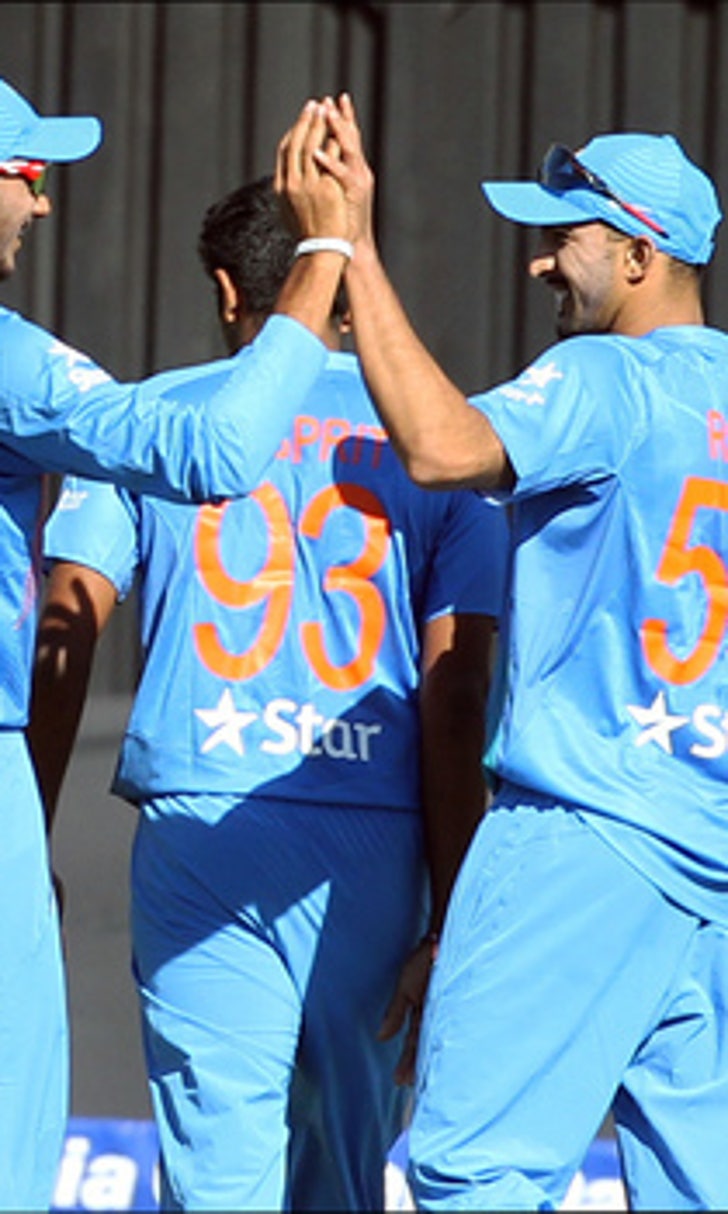 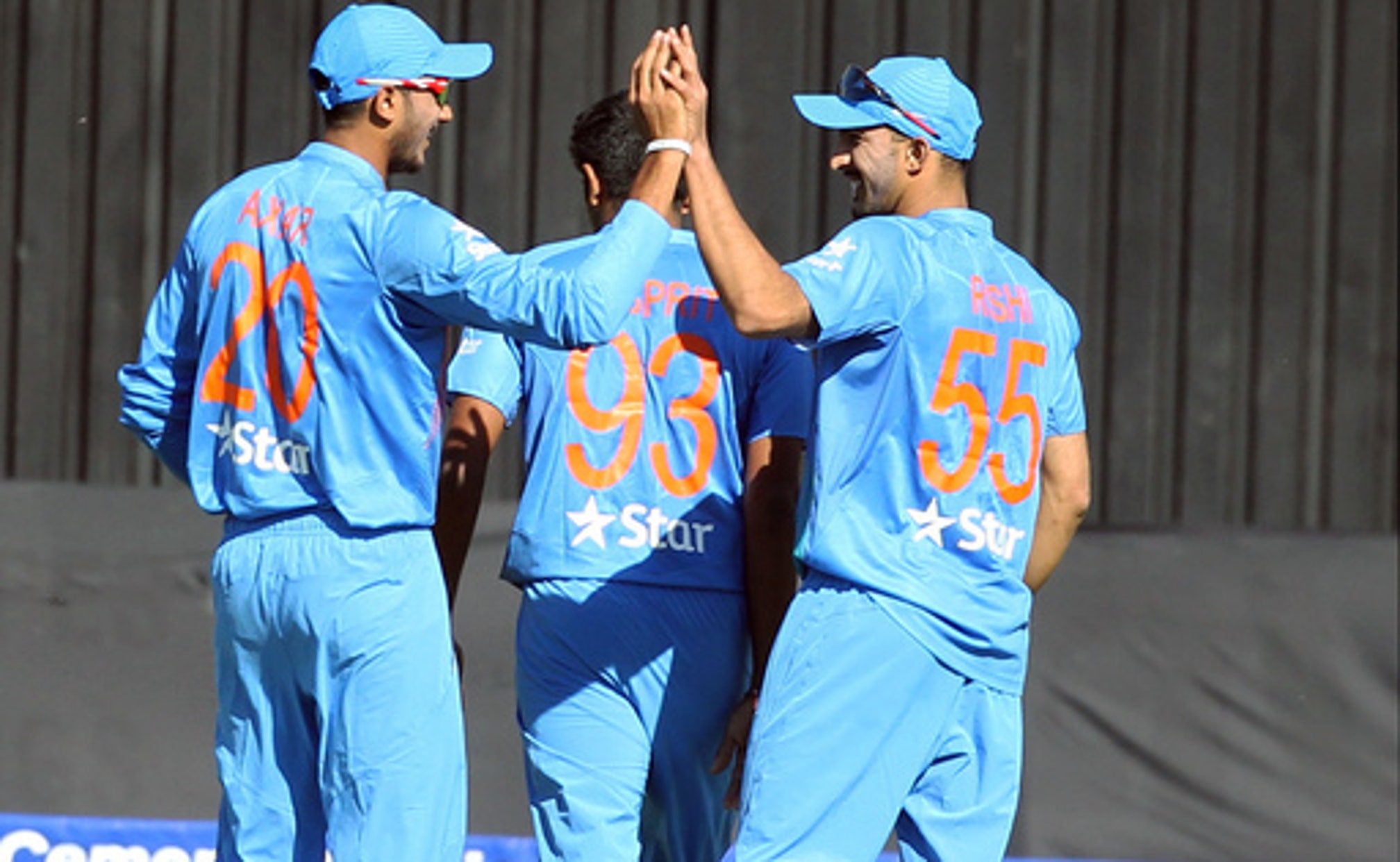 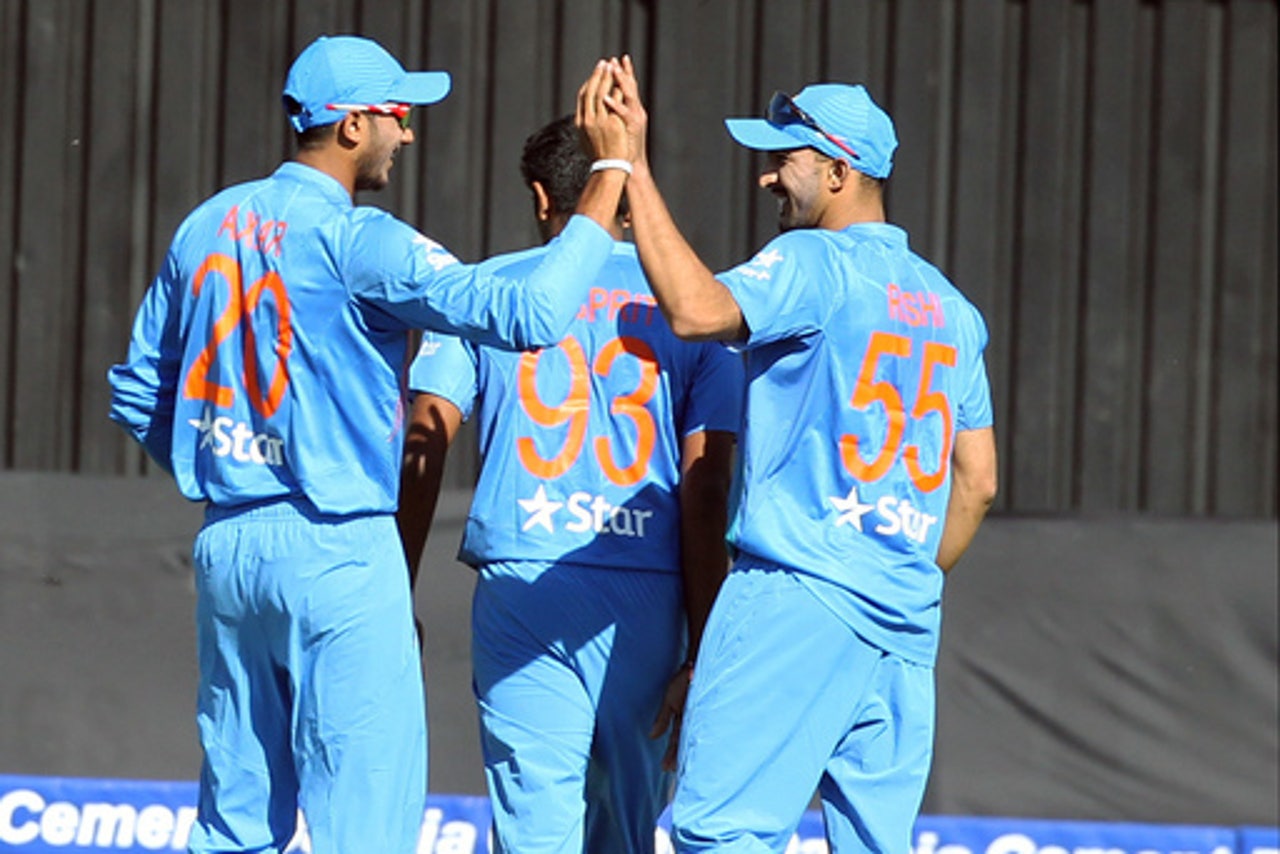 HARARE, Zimbabwe (AP) Zimbabwe held its nerve to beat India by two runs in the first Twenty20 on Saturday as Mahendra Singh Dhoni failed to hit a four off the last ball for the win.

Zimbabwe seamer Neville Madziva conceded just five off the last over, and removed the dangerous-looking Axar Patel, as India fell short of the home team's 170-6. India ended on 168-6.

Zimbabwe's total was set up by 54 not out off 26 balls from Elton Chigumbura and 30 from Malcolm Waller. Chigumbura hit seven sixes in his rapid innings after coming in with less than five overs of the innings to go.

Manish Pandey made 48 for India, which easily won the one-day series 3-0 and was expected to continue its dominance in the three-match T20 series.