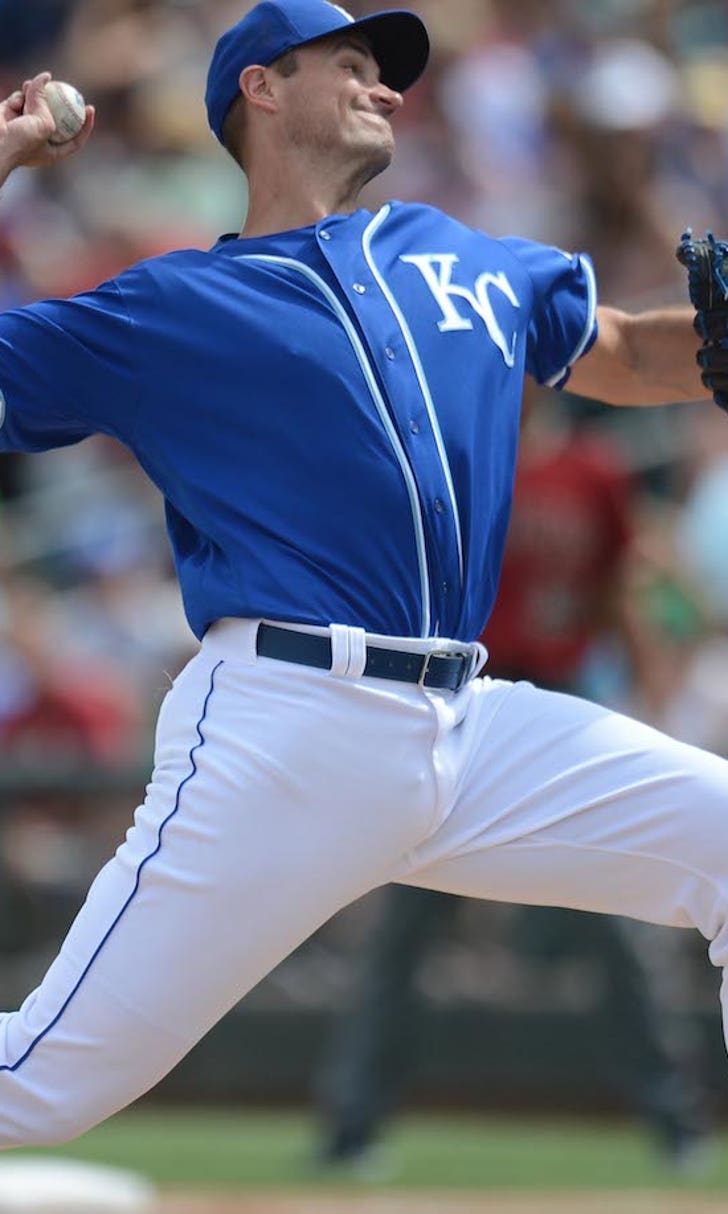 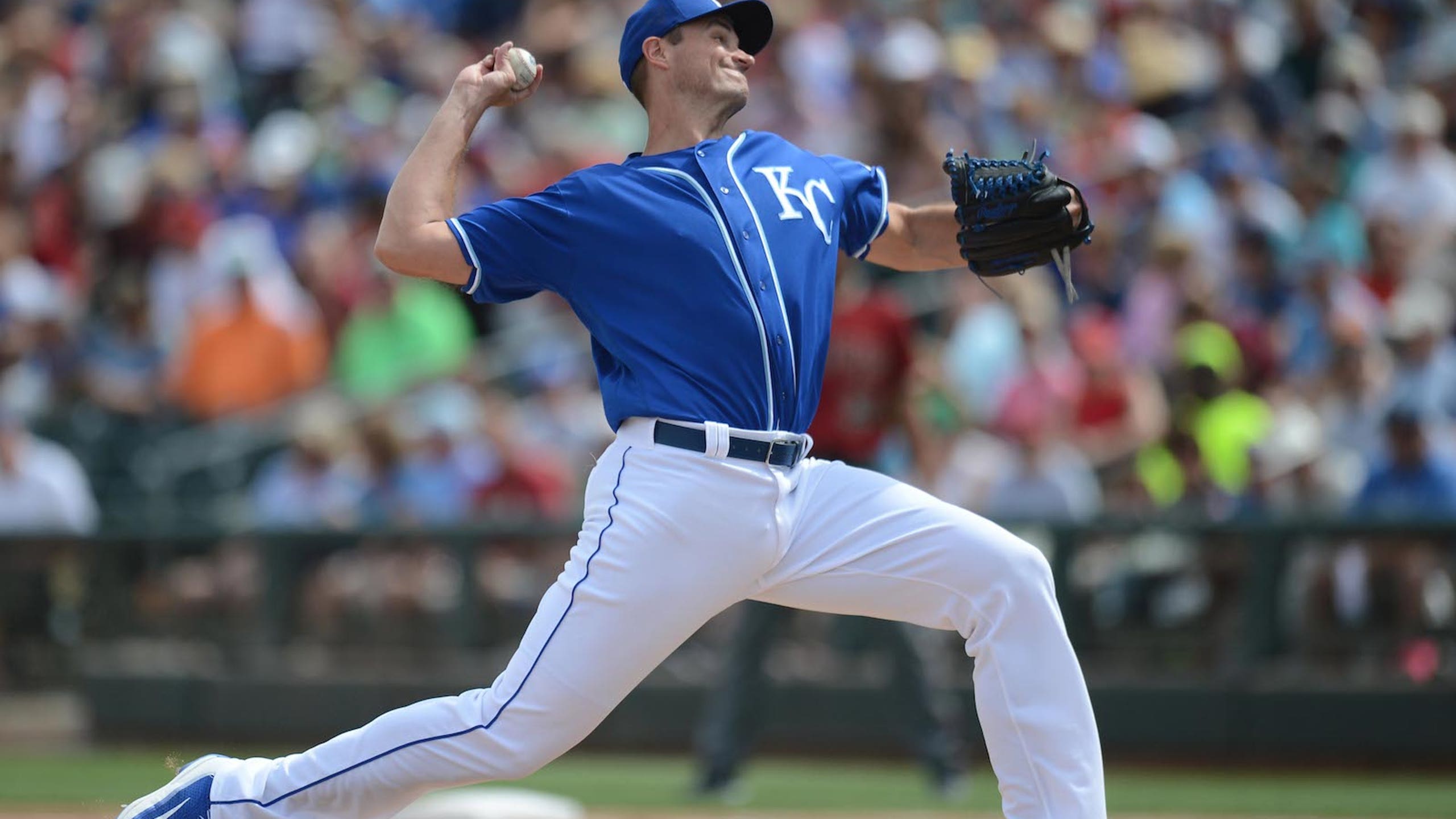 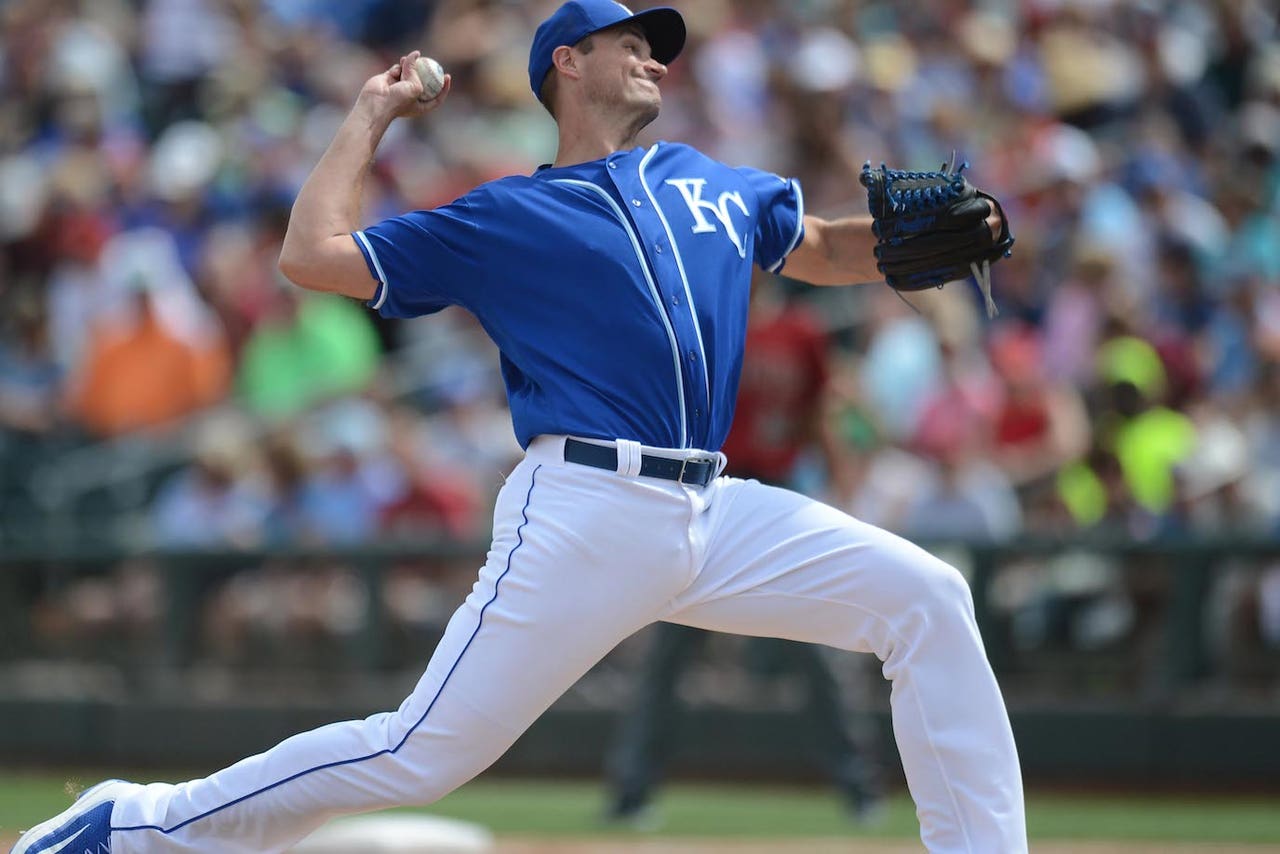 Young made his fourth start and walked three and struck out five before reaching his pitch limit. He was replaced by rookie left-hander Scott Alexander, who gave up an RBI double to Rico Noel.

"Chris was awesome," Royals manager Ned Yost said. "We wanted to get his pitch count up to 75 and we did. We got to 78. I went out and told him, 'CY, you exceeded your pitch count. Dave (Eiland, pitching coach) is getting a little nervous.' He said, 'Does Dave know that I'm throwing a no-hitter?' I think he does. He was fantastic."

Perez homered in the fourth on a 3-1 pitch by Alex Wood. He also drove in a run in the second with a groundout. Omar Infante singled home Alex Gordon for the other Kansas City run.

"We scratched together a couple of runs there early and Salvy's home run was all the offense we needed," Yost said. "Our pitching is right where it needs to be. We're progressing very nicely."

Wood allowed three runs on six hits, walked none and struck out four.

"I'm right on track to be good to go for opening week, for sure," Wood said. "I thought my stuff was good. I thought I was efficient again, which I was happy about. I felt I really attacked the strike zone pretty well."

Royals designated hitter Kendrys Morales went 2 for 3 with a double and scored a run.

"It was kind of a weird second inning with the balk," Wood said. "It's my fault. I got a little crossed up with (catcher A.J. Ellis). I wasn't going to throw a fastball. I didn't know if he knew what was coming. He didn't know what I was going to throw."

"His fastball command, he still needs to polish up just a little bit," Yost said. "His slider was excellent. His changeup was great, but for the most part I thought he threw the ball really well."

The announced attendance was 11,781, breaking the Royals' attendance record for a Surprise Stadium game. The previous high was 11,517, on March 25, 2003, against the Arizona Diamondbacks.

Royals: RHP Edinson Volquez, who missed his previous start with arm fatigue, will start Wednesday in a minor league game. ... RHP Yordano Ventura skipped his last start after a stomach virus but will pitch in the minors Thursday. ... LHP Tim Collins is back after returning home for the birth of his daughter. Collins is rehabbing from Tommy John surgery on March 11, 2015, and appears on target to return in May.

Royals: RHP Kris Medlen will start against the Indians, who will counter with RHP Danny Salazar.