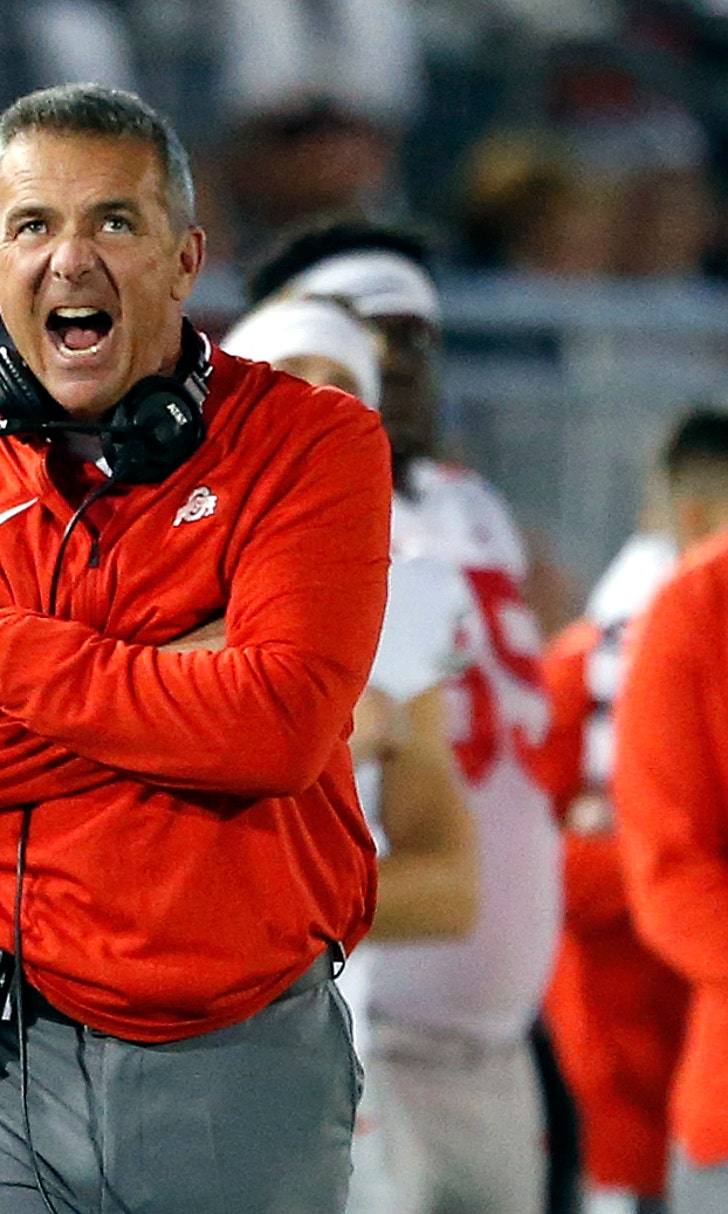 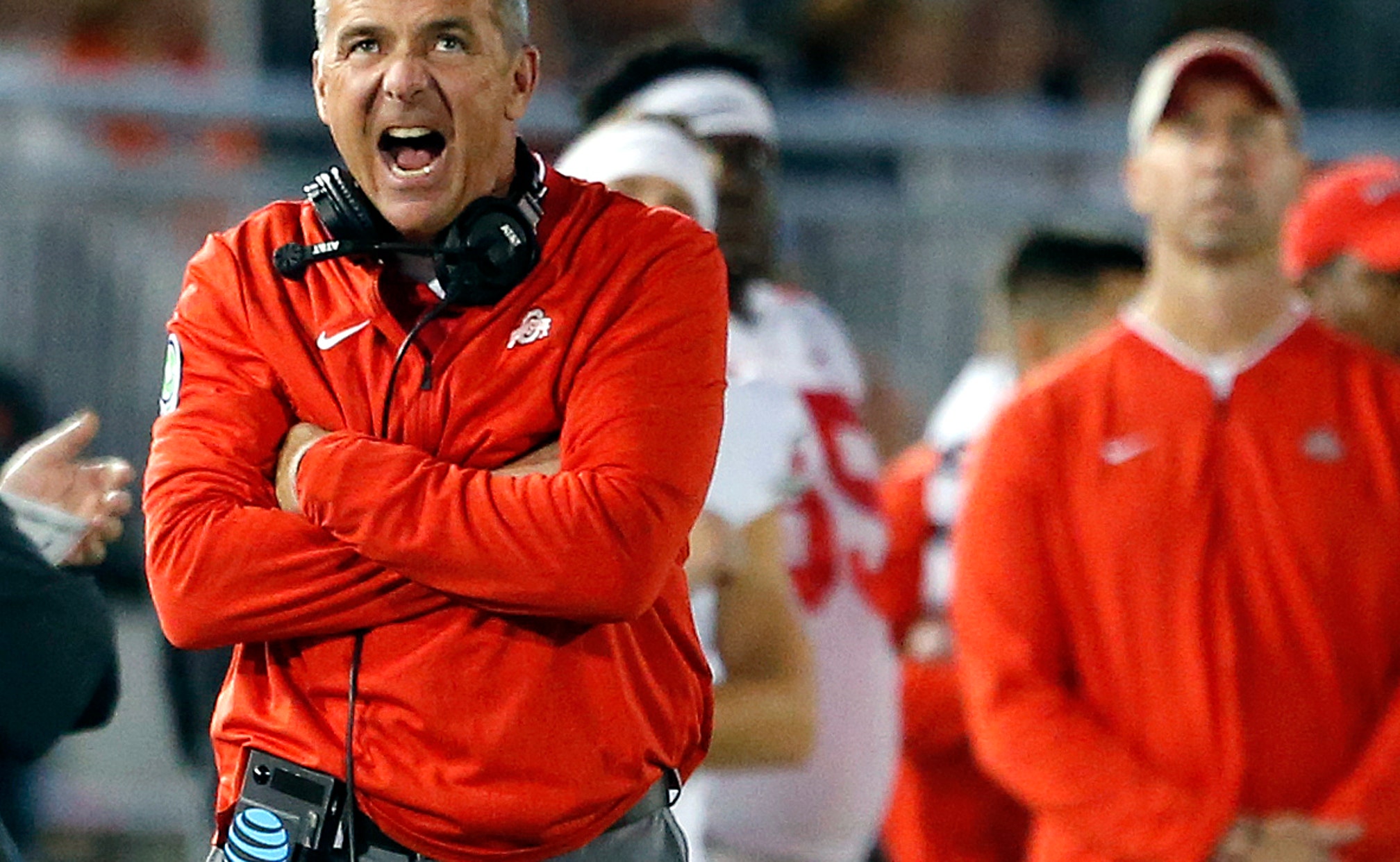 With bodies banged up, Buckeyes coach issues ‘call to arms’

COLUMBUS, Ohio (AP) — The victory over Penn State was not enough. Urban Meyer woke up Sunday still troubled. So much so, the Ohio State coach gathered his players for a "call to arms" meeting.

The message: Those who aren't contributing better start doing so.

"We still need to get some more production out of some people who have either been with the program for a year or two, or freshmen that are talented but they got to play," Meyer said Monday, without mentioning names. "Every team is dealing with it right now. Game six is coming up, and we're banged up like every team in the country, so guys have to contribute in some way or another."

Among the hurting are defensive tackle Dre'Mont Jones (ankle) and cornerback Damon Arnette, who left Saturday's 27-26 victory in the fourth quarter with an apparent head injury. Tailback Mike Weber (foot) and defensive tackle Robert Landers (undisclosed) played Saturday but are still not 100 percent.

Making Jones' situation all the more troublesome is that he was expected to help keep the pass rush rigid after the loss of All-American defensive end Nick Bosa, who is out after surgery on an abdominal muscle.

And safety Isaiah Pryor will miss the first half of the Indiana game after he was ejected for targeting last week. Brendon White and Jahsen Wint could help pick up the slack there, Meyer said.

All he did was make six tackles, three for losses, including two sacks. The most important stop was on Penn State's last offensive play, when he burst through and wrapped up Miles Sanders to preserve the Buckeyes' victory. Young added two pass breakups and two quarterback hurries for good measure.

Quarterback Dwayne Haskins was named Big Ten offensive player of the week for the third time. He passed for 270 yards — 212 of them in the second half — and three touchdowns.

Meyer said receiver Terry McLaurin was the player of the game despite no catches. It was McLaurin's downfield blocking that impressed the coach. He called the senior captain's performance the epitome of the team's unselfish culture.

McLaurin managed to take out three Penn State defenders to clear the way to K.J. Hill, who caught a screen pass from Haskins and ran in for a 24-yard touchdown to put Ohio State ahead in the fourth quarter. McLaurin also had three tackles on punt coverage.

"I get carried away with guys like Terry McLaurin," Meyer said. "He and Parris (Campbell) and those guys just go so hard."