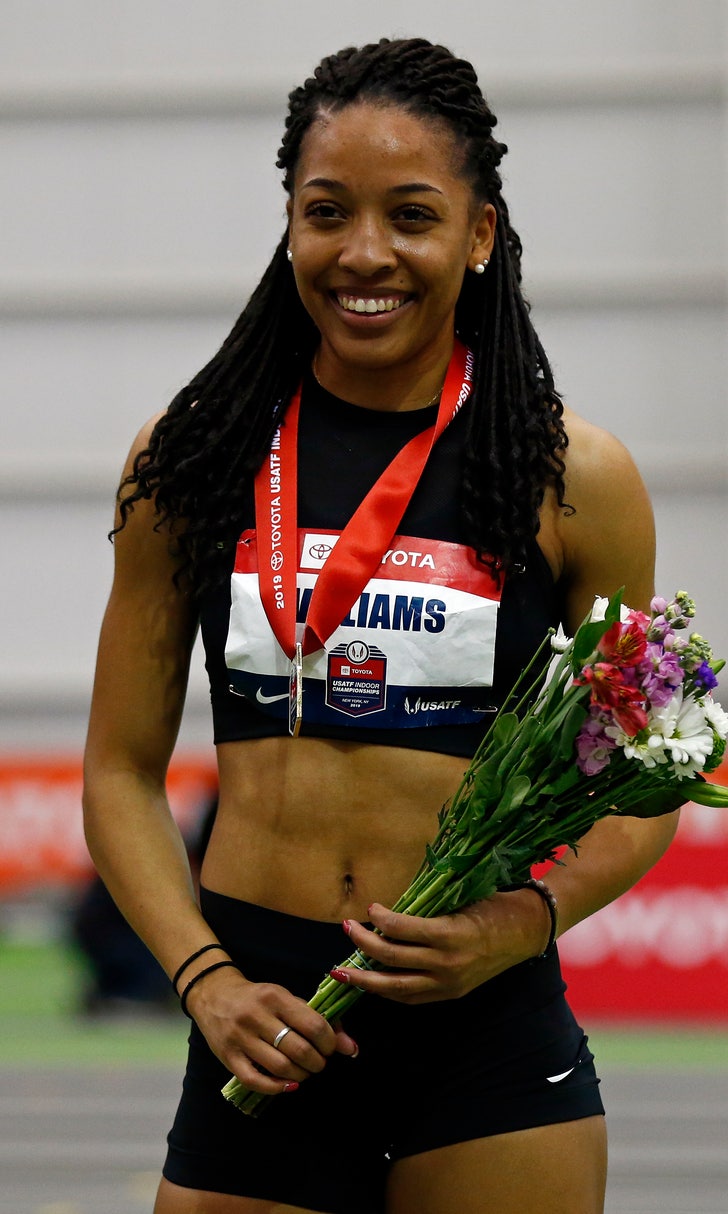 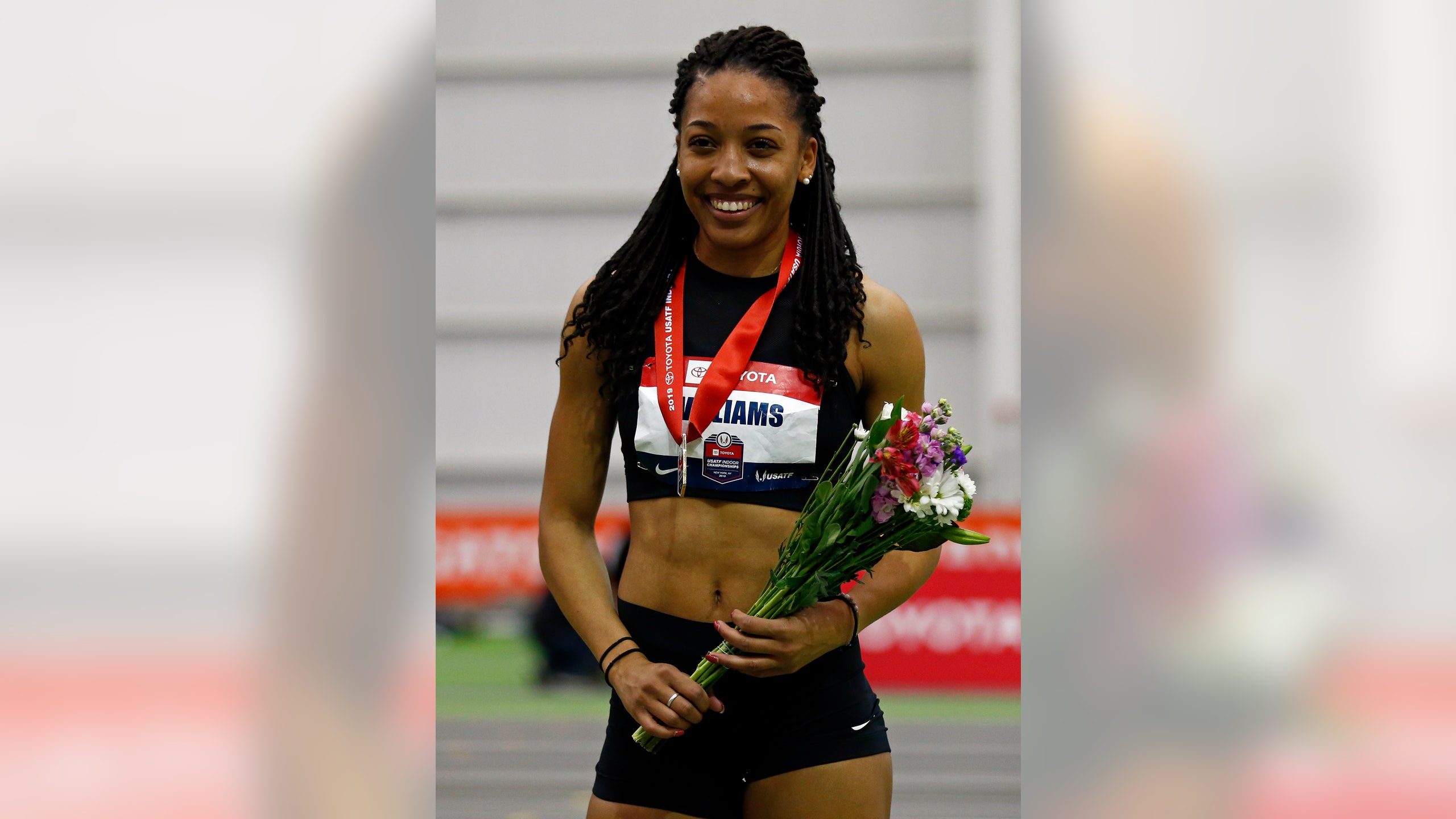 Williams, an Olympian and multiple NCAA champion for Georgia, totaled 4,496 points and Emilyn Dearman finished second, 140 points back. Hall, a senior at Valor Christian High School in Colorado and a Georgia Bulldog signee, broke Williams' high school record of 4,068 points, set in 2013, with 4,302.

Williams finished first in the 60-meter hurdles and long jump while Hall took the high jump and the 800 in 2 minutes, 16.11 seconds. Dearman rounded out the five-event contest by winning the shot put.

Daniel Haugh won the men's weight throw at 79-1¾ and former NCAA champion Janeah Stewart won the first national title of her professional career at 81-4½. Stewart, who missed her career best by an inch, is the 10th Mississippi Rebel to win a gold medal at the event.