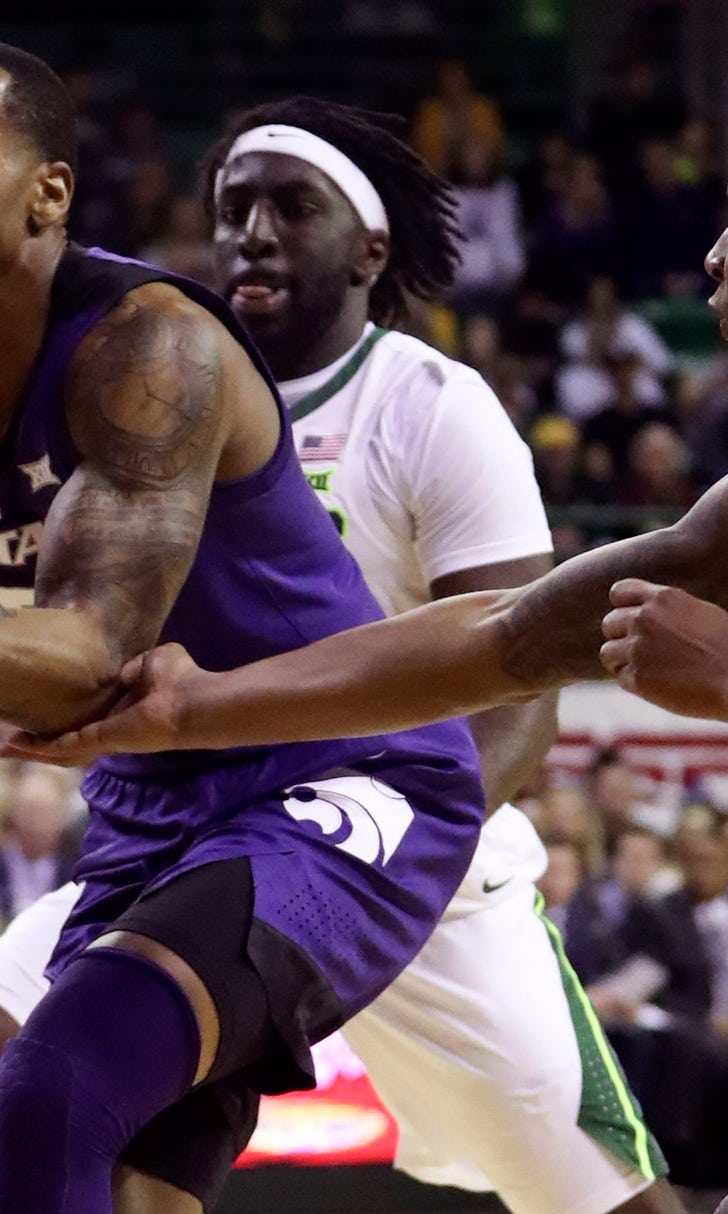 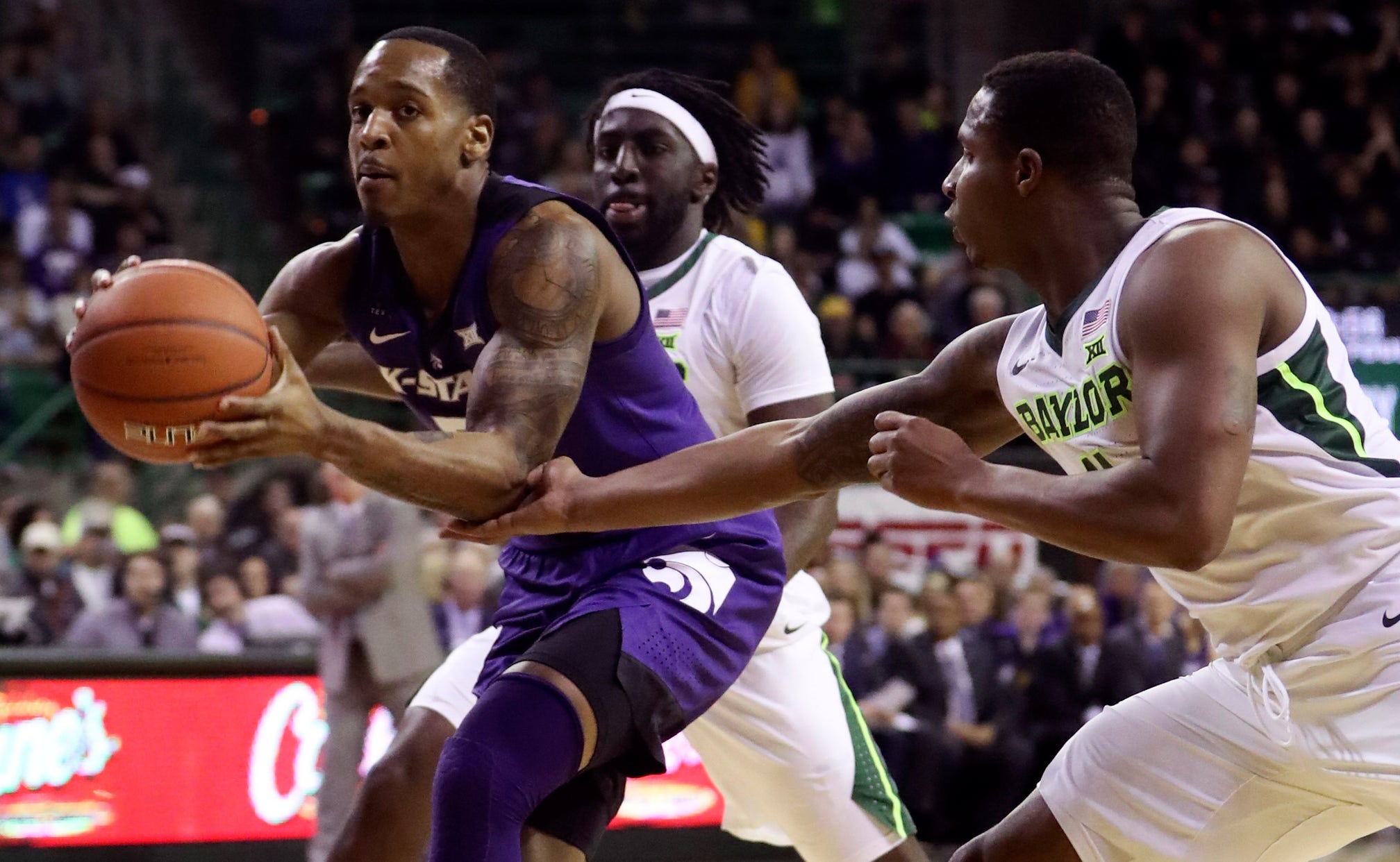 previous story
Pippen, Cook carry S. Illinois over Evansville 78-73
next story
Wisconsin comes out flat in 4-1 loss, gets swept by No. 3 Ohio State 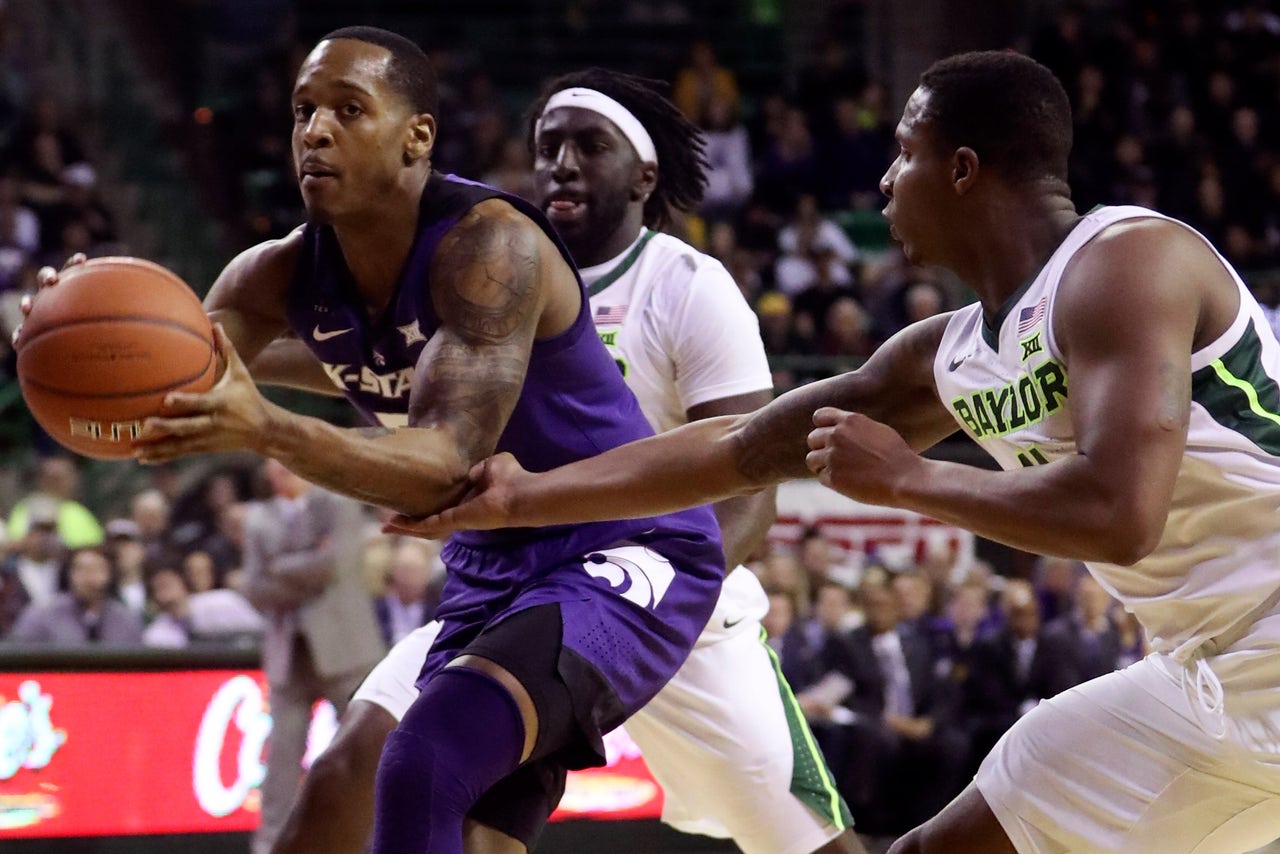 WACO, Texas — Cartier Diarra had just hit a 3-pointer to put Kansas State back ahead at Baylor when coach Bruce Weber called a timeout.

Weber wanted to get his team reorganized defensively, telling them to get some stops and finish the last six minutes of the game right.

The Wildcats got the message and are now alone atop the Big 12 standings.

Kamau Stokes had 20 points, including his own 3 after Diarra's that started the late 11-0 run, and K-State finally got past undermanned Baylor for a 70-63 victory Saturday night.

"We weren't down a whole lot during the game. We knew that we had to make plays," Stokes said. "It came down to who was going to be the tougher team, and I felt like we made the tougher plays. ... Little plays changed that game for us."

Then down the stretch, Diarra managed to keep a ball from going out of bounds under the Baylor basket, and swiped the ball way ahead to Barry Brown for a breakaway dunk. When Baylor got within 3 in the final minute after Devonte Bandoo made a 3-pointer and two free throws, Stokes made four consecutive free throws.

"Just using my athleticism, and used a little hang time," Diarra said of his big save and assist. "I threw it long and (Booker) ran and got it before the Baylor player. It looked really good I bet. It was a smart play."

Baylor (15-8, 6-4), already without two players out for the season with injuries, was missing starting senior guards Makai Mason, its leading scorer, and King McClure. Mason (bruised foot) and McClure (knee) had both played in a loss Wednesday at Texas that snapped the Bears' six-game winning streak.

Bandoo led Baylor with 15 points. Freddie Gillespie and Jared Butler each had 13 points.

"I think they wore down at the end of the first half, and maybe the end of the second half," Weber said. "Our experience made a difference. ... They made the shots, made the plays. We executed and got stops when it counted."

Kansas St.: The Wildcats have won eight Big 12 games in a row, their longest conference winning streak since 11 in a row in the Big Eight in 1974. During the stretch, they did have a 65-53 loss at Texas A&M in the SEC/Big 12 Challenge.

Baylor: Going into a week when the Bears could have gone to the top of the Big 12, they instead suffered more injuries and consecutive losses for the first time this season.

BETTER BEYOND THE ARC

"I think they just made a decision they're not going to let Dean get it," Weber said. "They were small, they didn't have much depth and they just protected the paint. I don't want to say dared us to shoot the 3. I thought we moved the ball, we had some good looks."

Kansas State, which this week also beat instate rival and No. 13 Kansas, has a chance to get ranked for the first time since falling out of the poll Dec. 17. The Wildcats were the preseason No. 12 team and were ranked in the first six polls, falling out from No. 25 after losing consecutive games in mid-December.

Baylor is home Monday night against Oklahoma. It's the third time this season the Bears play two Big 12 games in three days.