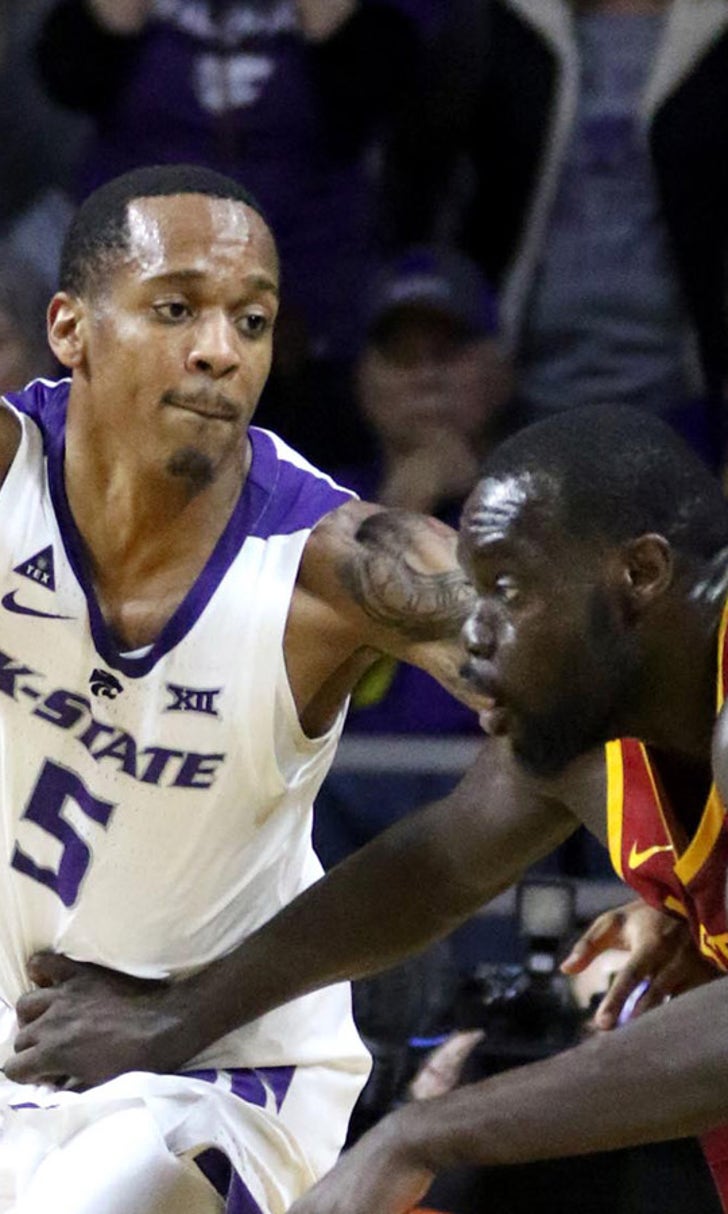 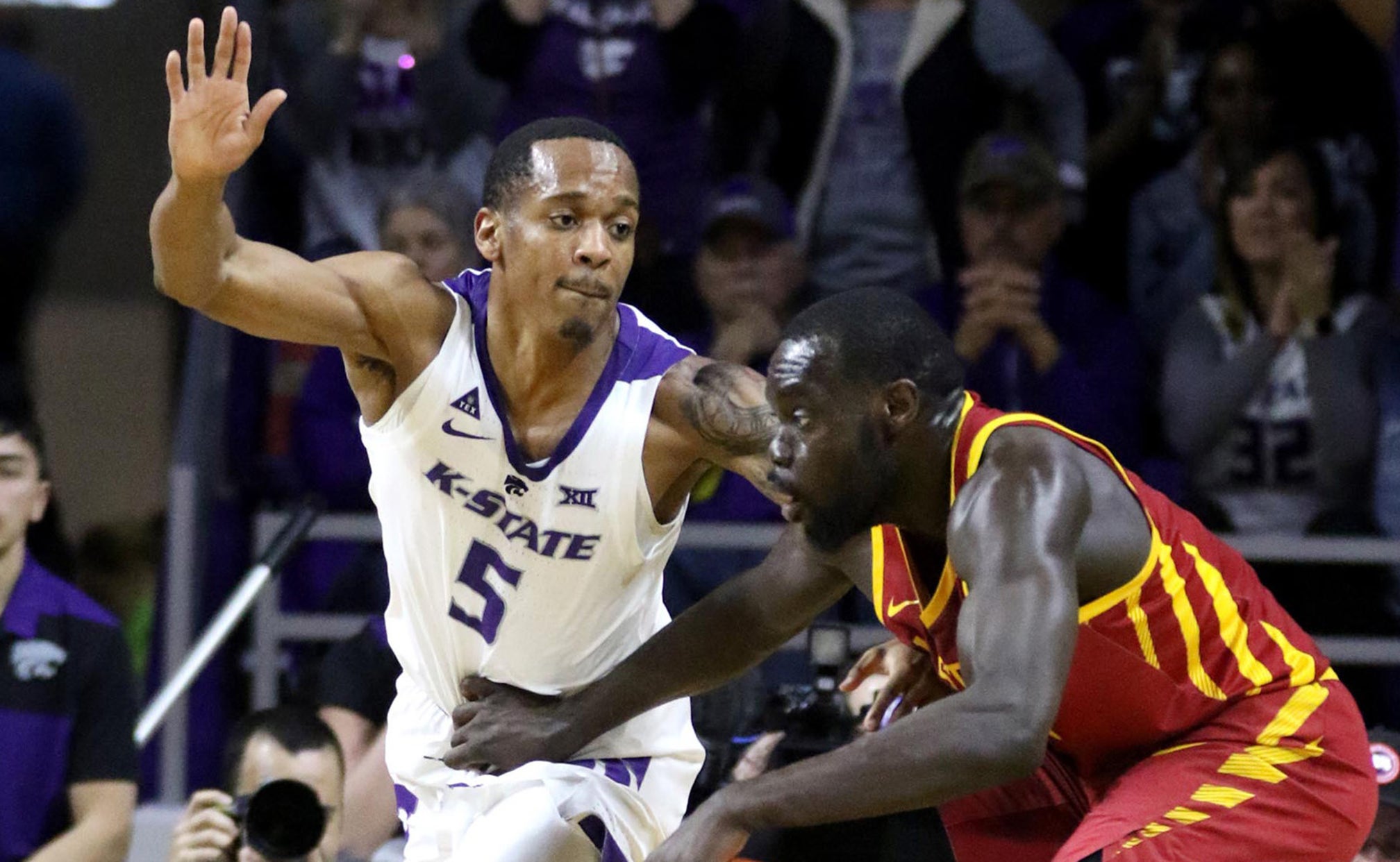 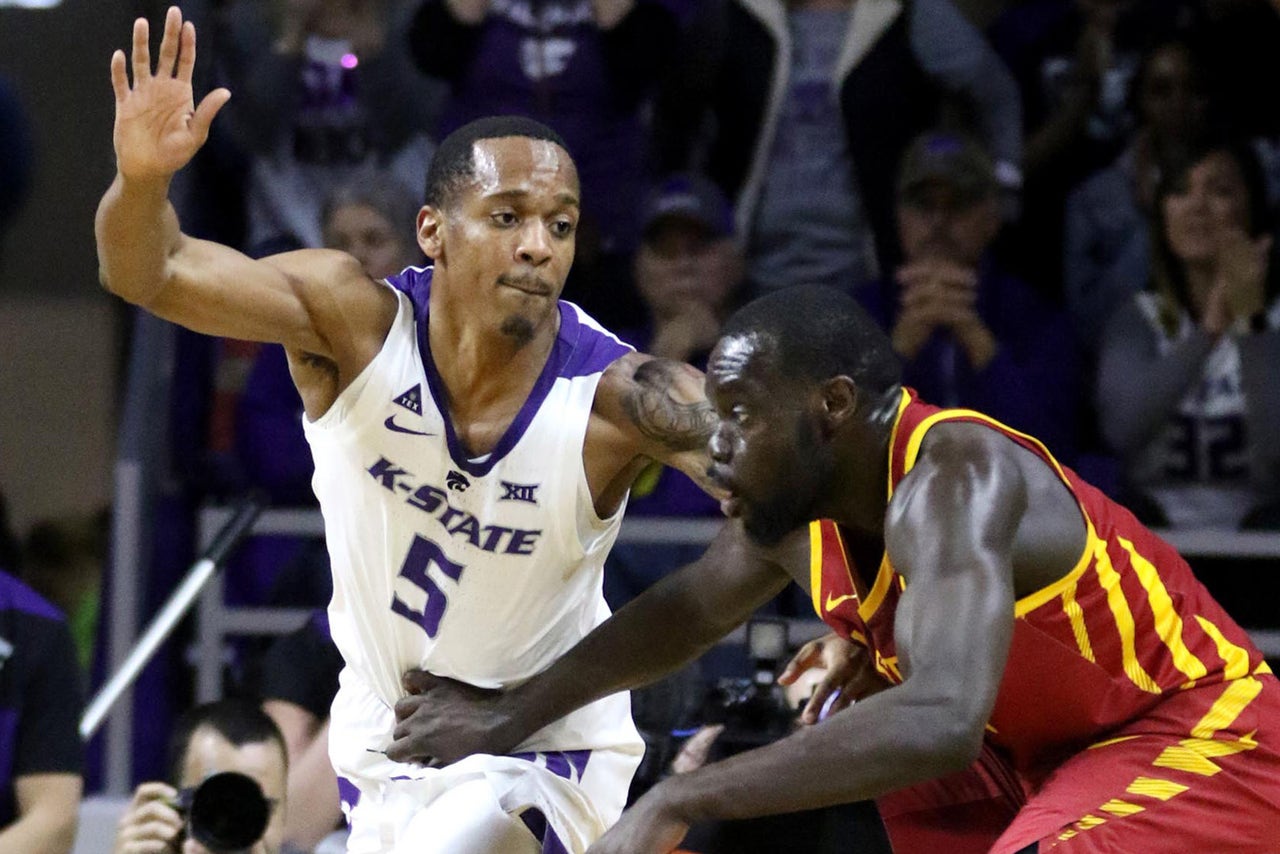 MANHATTAN, Kan. — Iowa State was drilled at home by TCU a week ago, then had to sit around without another game until Saturday, left to brood over its uphill climb to get back into the Big 12 race.

The Cyclones finally released that pent-up angst against No. 18 Kansas State.

Lindell Wigginton hit five 3-pointers and scored 23 points, Talen Horton-Tucker buried six threes and had 20, and the No. 23 Cyclones pulled away late for a 78-64 victory over the Big 12-leading Wildcats on Saturday to answer a chorus of critics that had been surfaced over the past seven days.

"Soft on defense. Not moving the basketball. Not running the floor. Not sharing. Not being engaged in huddles. Not executing out of timeouts," Cyclones coach Steve Prohm said, reflecting on what needed to change after the TCU loss. "We had a list of things that weren't very good."

They had three double-figure scorers with Marial Shayok contributing 13 points and 13 boards. They went 14 of 24 from beyond the 3-point line, shooting right over Kansas State's vaunted defense. And they dished out 19 assists while turning it over just 10 times.

"When our A-team shows up," Prohm said, "we have a chance to do good things. The things the B-team does, we have to keep them as far away as we can."

Making matters worse, the short-handed Wildcats — already without top backup Cartier Diarra because of hand surgery — lost senior forward Dean Wade with 9:18 to go. The preseason Big 12 Player of the Year limped off the floor and spent the remainder of the game sitting on the end of the bench.

"He had some soreness in his foot all week. He didn't practice. He was in a boot," Kansas State coach Bruce Weber said. "It's not the same injury as before. He tweaked it. ... We'll just have to see."

The Wildcats' half-court defense held Iowa State in check until late in the first half, when Horton-Tucker spoiled even good coverage. The freshman guard hit four threes and finished with 14 first-half points, one of them a fade-away from well beyond the arc as the shot clock expired.

"What are you going to do?" Weber said. "It seemed like they had us spread out, they got us down the line. It's the same team we held to 57 at their place. They're good offensively."

Iowa State was poised to carry a big lead into the break, but Nick Weiler-Babb's miss with a couple seconds left gave Brown a chance to unload a 3-pointer from just inside the mid-court line.

It rattled home, giving Brown 16 points in the half and drawing Kansas State within 38-31.

Horton-Tucker answered out of the locker room with a 3-pointer from about six feet beyond the arc, and the Cyclones still led 50-41 when Wigginton buried a three with 13 1/2 minutes to go.

Kansas State pecked away at its deficit, pulling within 57-56 on Mike McGuirl's follow shot with seven minutes left. But the Cyclones continued to respond with a barrage of threes, and it was Wigginton whose two fall-away threes in succession allowed them to regain control.

They put the game away when Cameron Lard threw down a dunk with 2:50 to go, and Horton-Tucker buried one last 3-pointer from in front of his celebrating bench.

"We just battled the whole game," Wigginton said. "When everyone was doubting us, we came in and responded every time. We've got toughness. We didn't show it last week but we did today."

Iowa State is right back in the Big 12 title picture after avenging its loss to the Wildcats at Hilton Coliseum. The Cyclones were coming off a surprising home loss to TCU, but otherwise they've won seven of their last nine games — including four of their last five on the road.

Kansas State's margin for error was trimmed considerably, especially with a trip to Kansas still on the docket. The Wildcats now lead Texas Tech by just a half-game in the standings, and the Cyclones and Jayhawks are within striking distance in what has become a four-team race.