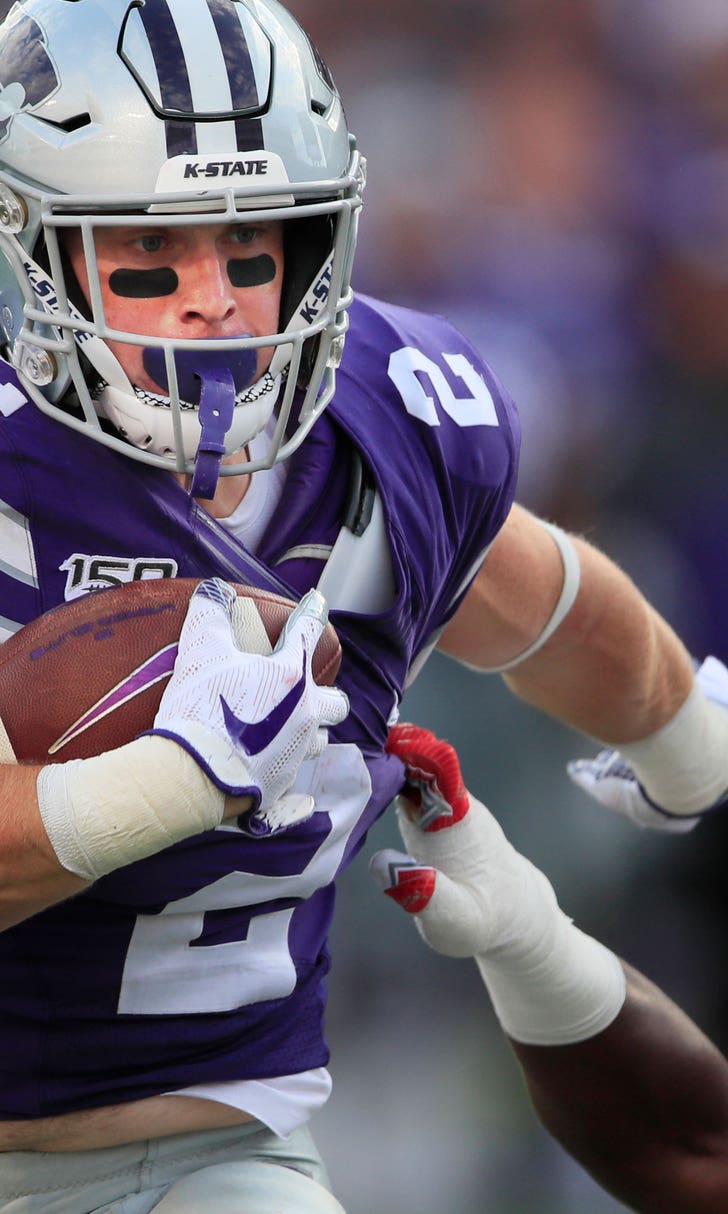 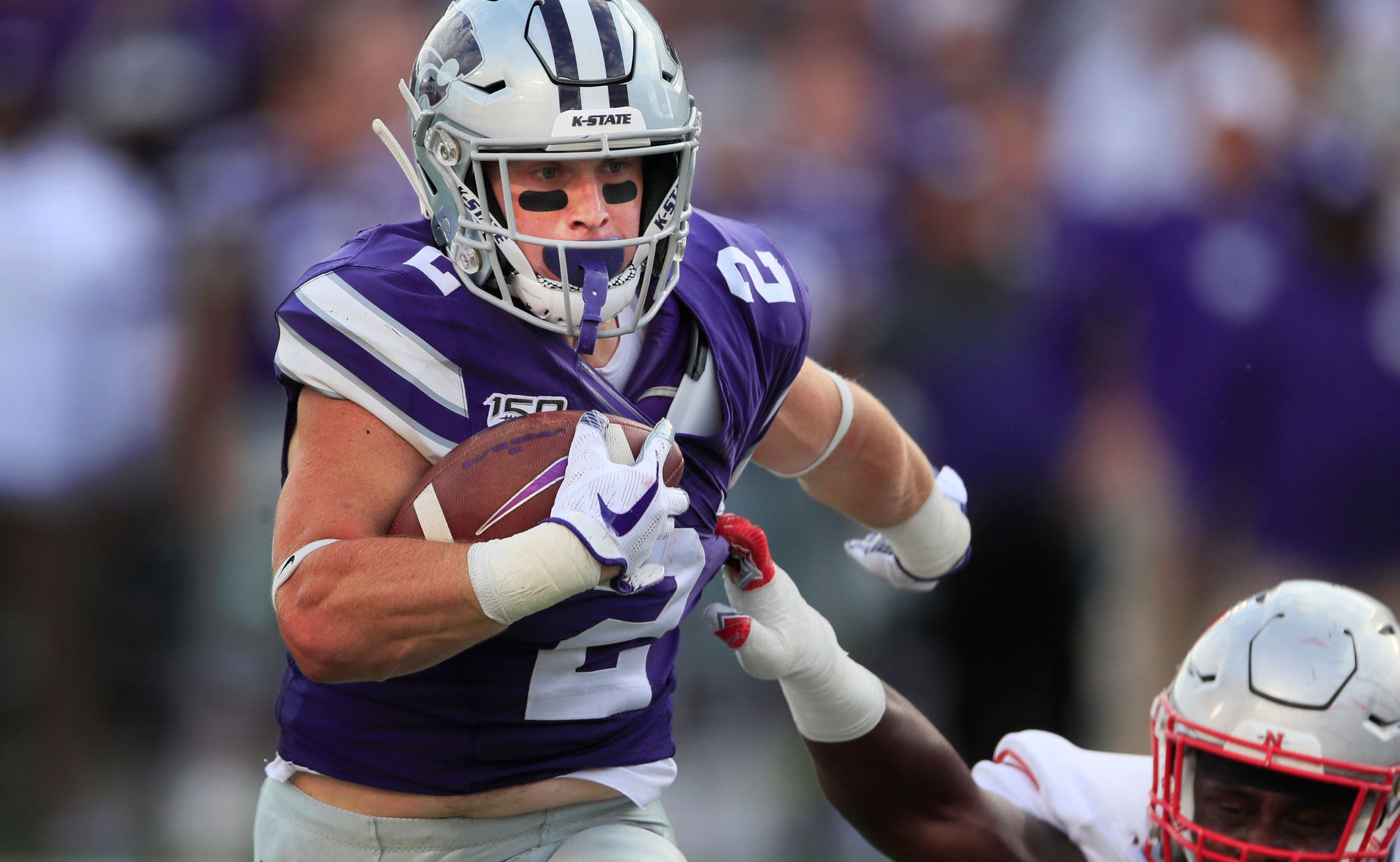 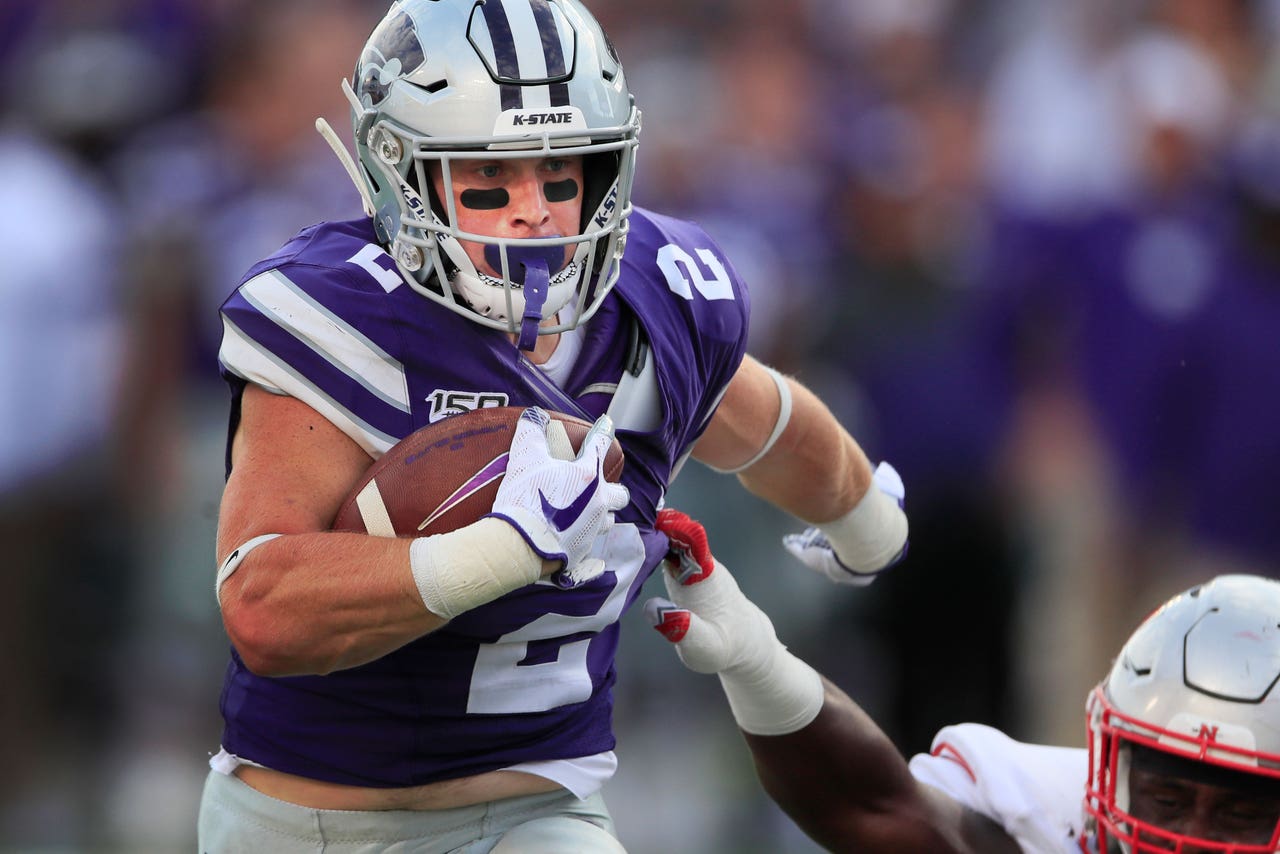 MANHATTAN, Kan. — There was a time when fast-paced, air-it-out spread offenses were a novel concept in college football, and they left defenses racing to adapt to what amounted to a basketball fast break on turf.

Under new coach Chris Klieman, the Wildcats flexed their muscles on the ground in their season-opening, 49-14 victory over Nicholls State. They piled up 361 yards rushing and totaled 537 in all while getting just about everyone wearing a number a chance to carry the ball.

"I feel like we proved that we all can tote the rock and do different things out of the backfield," said James Gilbert, who paved the way with 115 yards and a touchdown and became the first Wildcat since Daniel Thomas in 2009 to crack the 100-yard mark in his debut.

"That's going to be to our advantage during the season," he said.

Yes, it would be easy to dismiss this as just another Big 12 brute beating up a Football Championship Subdivision foe. But Nicholls State was a playoff team a year ago, when the Colonels won at Kansas, and few had high hopes for the Wildcats this season.

Then consider the sheer bludgeoning that Kansas State delivered: Two different touchdown drives were entirely runs, including a 71-yard march in which just two carries went for fewer than five yards. Five different guys scored on the ground, including quarterback Skylar Thompson, and the Wildcats so dominated possession that they ran 80 plays and held the ball for more than 41 minutes.

The Colonels never had a chance because Kansas State never gave them one.

"I was really pleased we were able to get a lot of guys carries," Klieman said. "You run them behind that offensive line that's blowing holes open and doing a great job, that's what I like to see. To be able to have three and four guys get multiple carries, it keeps guys fresh and engaged."

It may be wildly different in an era of spread offenses to see a team continually grind between the tackles, but that approach paid dividends for Klieman at North Dakota State. The Bison won four national titles in five seasons by simply beating up on the opposition.

While going undefeated last season, they had three players run for at least 750 yards.

Kansas State, which hosts Bowling Green on Saturday, nearly had four eclipse 50 yards rushing last weekend. Tyler Burns carried 10 times for 64 yards and a score, Harry Trotter added 10 carries for 52 and a touchdown, and Jordon Brown had 11 attempts for 49 yards and another score.

Even more impressive? Burns was the only player who returned this season.

Gilbert transferred from Ball State, where he had eight 100-yard games. Trotter joined the program from Louisville. Brown, who also had a couple of nice catches, came over from North Carolina.

"We've got a great group of running backs that have experience. They're not selfish," Thompson said. "Whenever they get the chance to run the ball, their number's called, they run it."

Now, some question whether such a ground-oriented approach will work against big-time competition, when Kansas State might not have an advantage in size and athleticism up front. And the reality is that question likely won't be answered until a trip to Mississippi State in a couple of weeks.

But what more could K-State have done against its first opponent?

The rushing total was the most by the Wildcats in a season opener since 1981, when they ran for 368 yards against South Dakota. Only three other schools topped their 361-yard output in Week 1, and Navy and Air Force run ground-based option attacks while rarely throwing a pass. The other was Clemson, the top-ranked team in the country.

"It didn't matter which back they put in there," Nicholls coach Tim Rebowe said, "but of course, when they're running behind that big offensive line, I think whoever can get in there. They broke some tackles, we missed a bunch. But any time you can pound the ball in the middle it opens up the perimeter game for them, and that's what they did. We saw running back after running back and they ran the ball hard.

"The momentum once they get their running game going was hard to stop."

The Wildcats are counting on that to be the case all season.