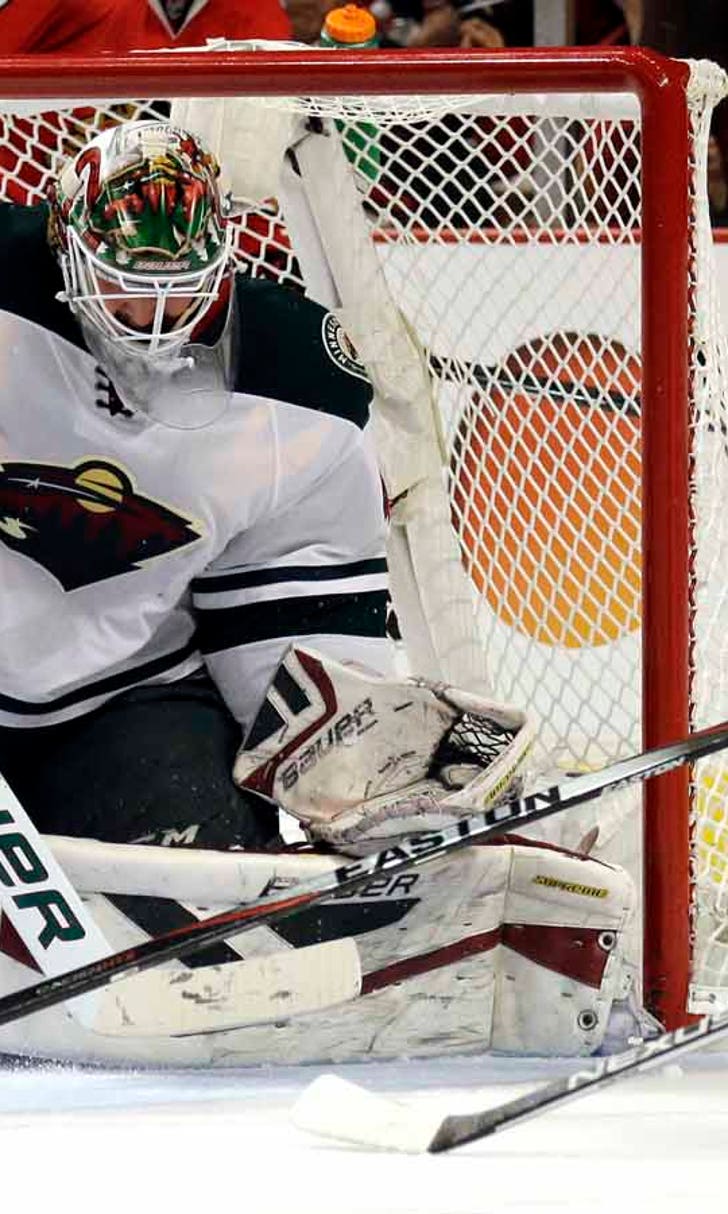 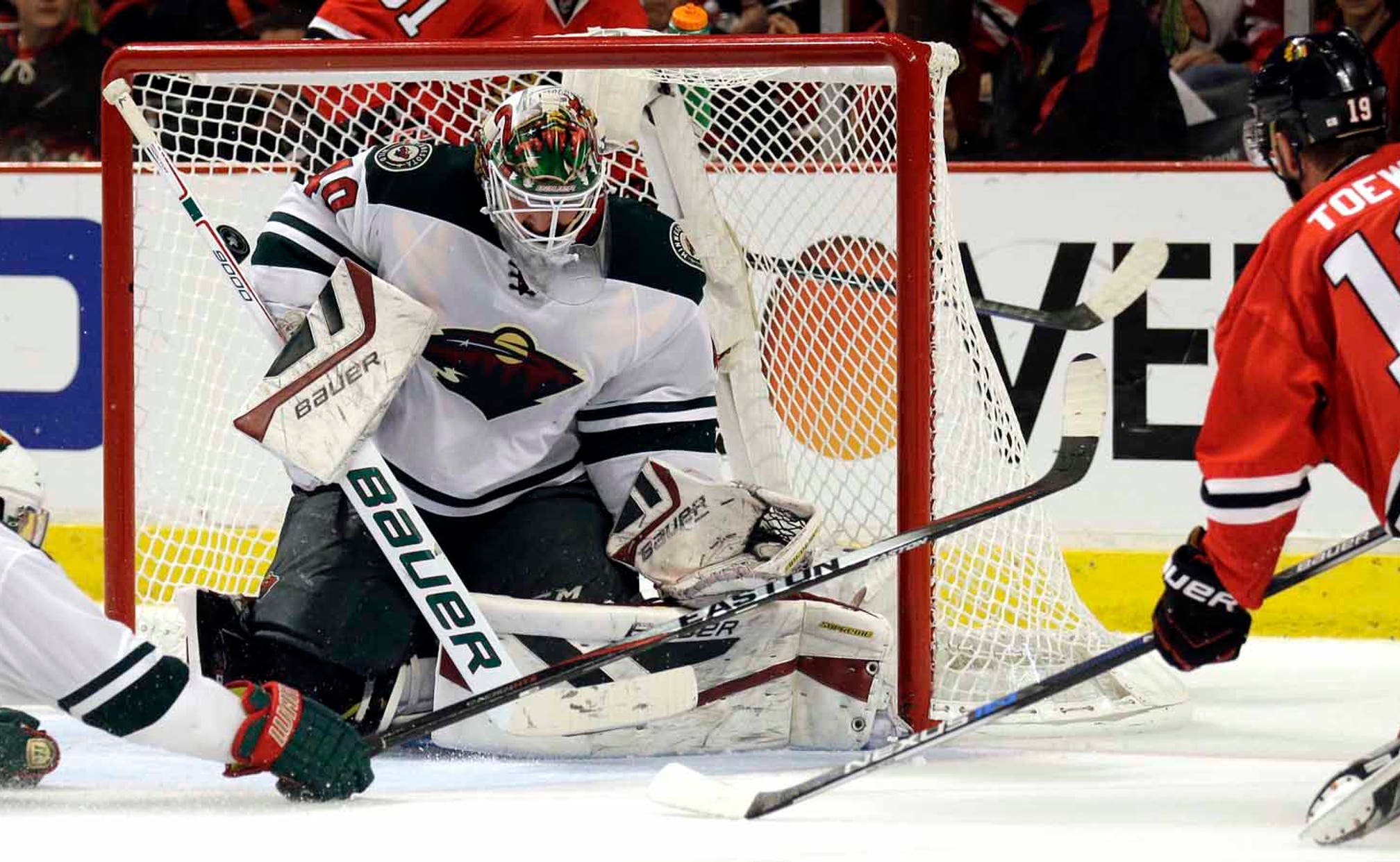 Wild return home looking for boost after another loss in Chicago 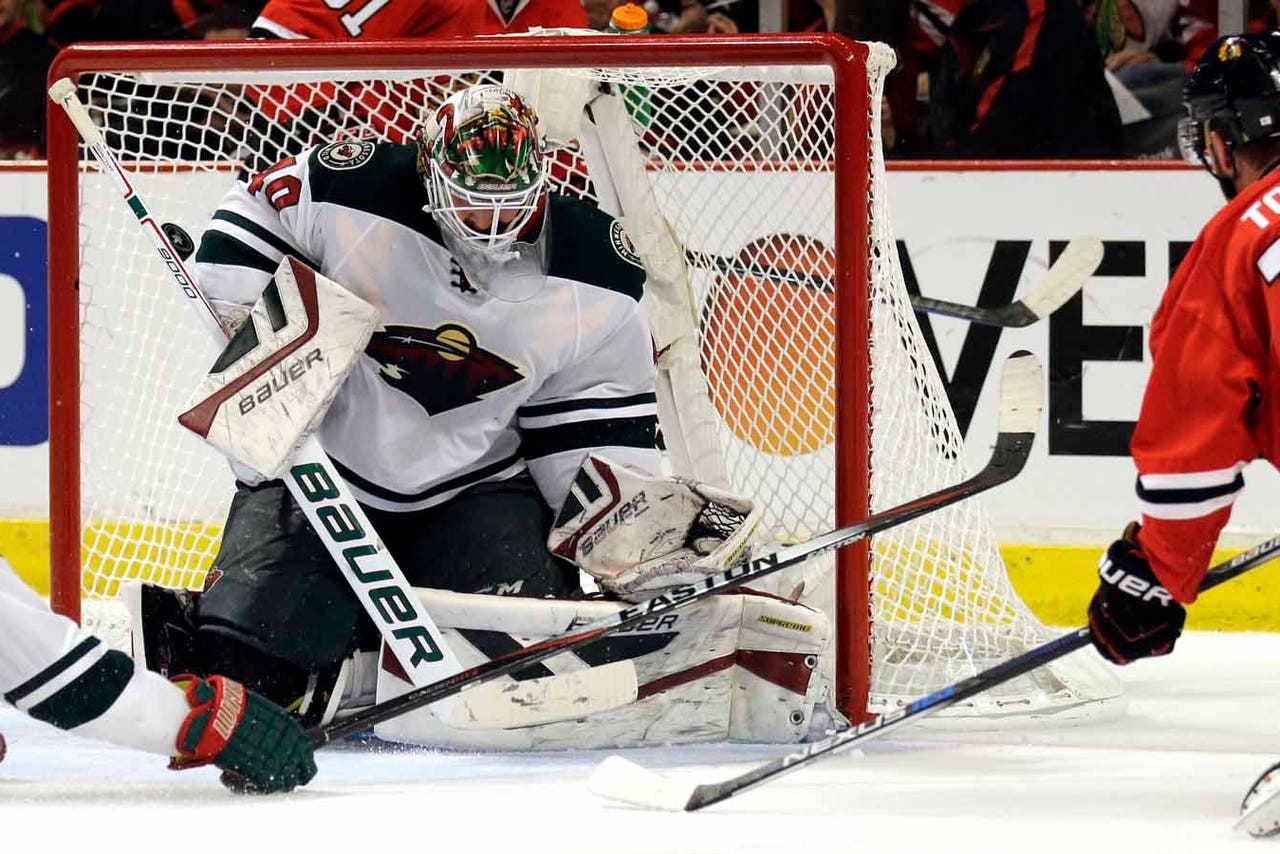 CHICAGO (AP) -- No. 101 went like so many of the first 100 playoff games for Patrick Kane. A perfect shot at a key moment, another big play at the very end, and a victory for the Chicago Blackhawks.

Kane scored two goals, Corey Crawford made 30 saves and the Blackhawks beat the Minnesota Wild 4-1 on Sunday night to take a 2-0 lead in the Western Conference semifinals.

"I think it was our best game all the way around," coach Joel Quenneville said. "I thought we had real good pace and energy right off the outset. Good pace to our game, defensively solid. I thought all lines were consistent, had a lot of offensive zone time, puck possession. Played the right way."

Kane's eighth career multigoal playoff game gave him 101 points in 101 postseason games. The Blackhawks improved to 63-38 in the playoffs with the dynamic winger in the lineup, winning the Stanley Cup in 2010 and 2013.

"I've been fortunate enough to play with some great teammates where you're getting a lot of good chances," said Kane, who won the Conn Smythe Trophy for playoff MVP in 2013. "I've had a lot of fun here in my seven years in the playoffs."

Game 3 is Tuesday night in Minnesota.

Defenseman Matt Dumba scored for the Wild, who are winless in eight postseason games at Chicago. Devan Dubnyk finished with 27 saves.

"We didn't make the mistakes. I don't know what team played that game, but it wasn't us tonight," coach Mike Yeo said.

Minnesota trailed 2-0 after two, but got back in the game when Dumba's power-play shot 1:20 into the third went off Crawford's glove and into the top of the goal. Dumba's second playoff goal came with Michal Rozsival in the box for interference.

Dubnyk then made a couple of stops on Duncan Keith and Teuvo Teravainen before Sharp scored at 7:39 after Wild captain Mikko Koivu got out of the box following a tripping penalty. Kane added an empty-netter as Chicago improved to 28-0 when leading after two periods, including three such games in the playoffs.

"They've got a lot of guys on their team that can skate and make plays and hang on to pucks," Keith said. "We were trying to be patient and it worked tonight."

Chicago and Minnesota combined for six goals in the first 29 1/2 minutes of the series opener, and Teravainen sent the Blackhawks to a 4-3 victory with his first career playoff goal in the final minute of the second. Game 2 was a much different story, with shots at a premium and solid work by each goaltender for the first part of the night.

Minnesota got its first power-play opportunity when Andrew Shaw was sent off for cross-checking at 10:45 of the second. But it turned into a disaster for the Wild when Hossa stole the puck from defenseman Ryan Suter along the boards, skated in and fed Toews for his fourth goal of the playoffs. Toews' shot went off Dubnyk, popped up in the air and then went off the goaltender's stick before barely trickling over the goal line.

"I made a mistake on that first one and it's in the back of the net," Suter said. "We just have to protect the puck. I don't think that was our style of game tonight."

The Wild then made a frantic push for the tying goal, but Crawford made a terrific stop on Kyle Brodziak on a breakaway and a couple of stellar saves on prime opportunities for Zach Parise. Crawford also used his left and then his right pad to make a pair of great saves on Thomas Vanek in the first.

Chicago increased its lead to 2-0 when Keith made a long stretch pass right to Kane's stick, and the All-Star winger beat Dubnyk with a perfectly placed shot off the inside of the left post at 19:40. It was Kane's fourth goal of this year's playoffs.

Notes: Wild RW Chris Stewart was shaken up after he was taken down by Blackhawks D Johnny Oduya midway through the second. He slammed hard into the boards on his right side and went back to the locker room, but returned later in the period.  . . . Crawford had a big shot by Marco Scandella go off his new mask in the third period. He skated over to the bench to change masks and then stayed in the game. "It was just dented a little bit," Crawford said. "Whenever it's dented, there's a chance the next one can squeak through so you just have to change it."  . . . Wild LW Erik Haula made his first appearance of this postseason, subbing for F Justin Fontaine (lower body). Haula had three goals and two assists in last year's playoff series against Chicago.