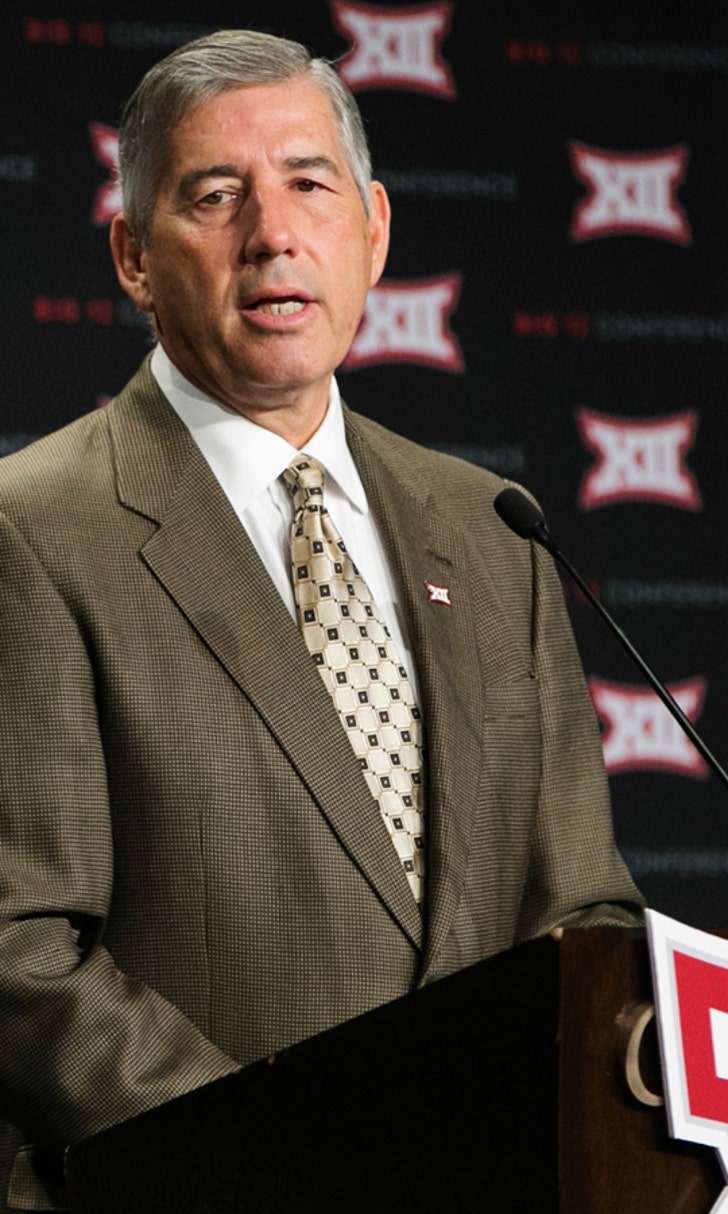 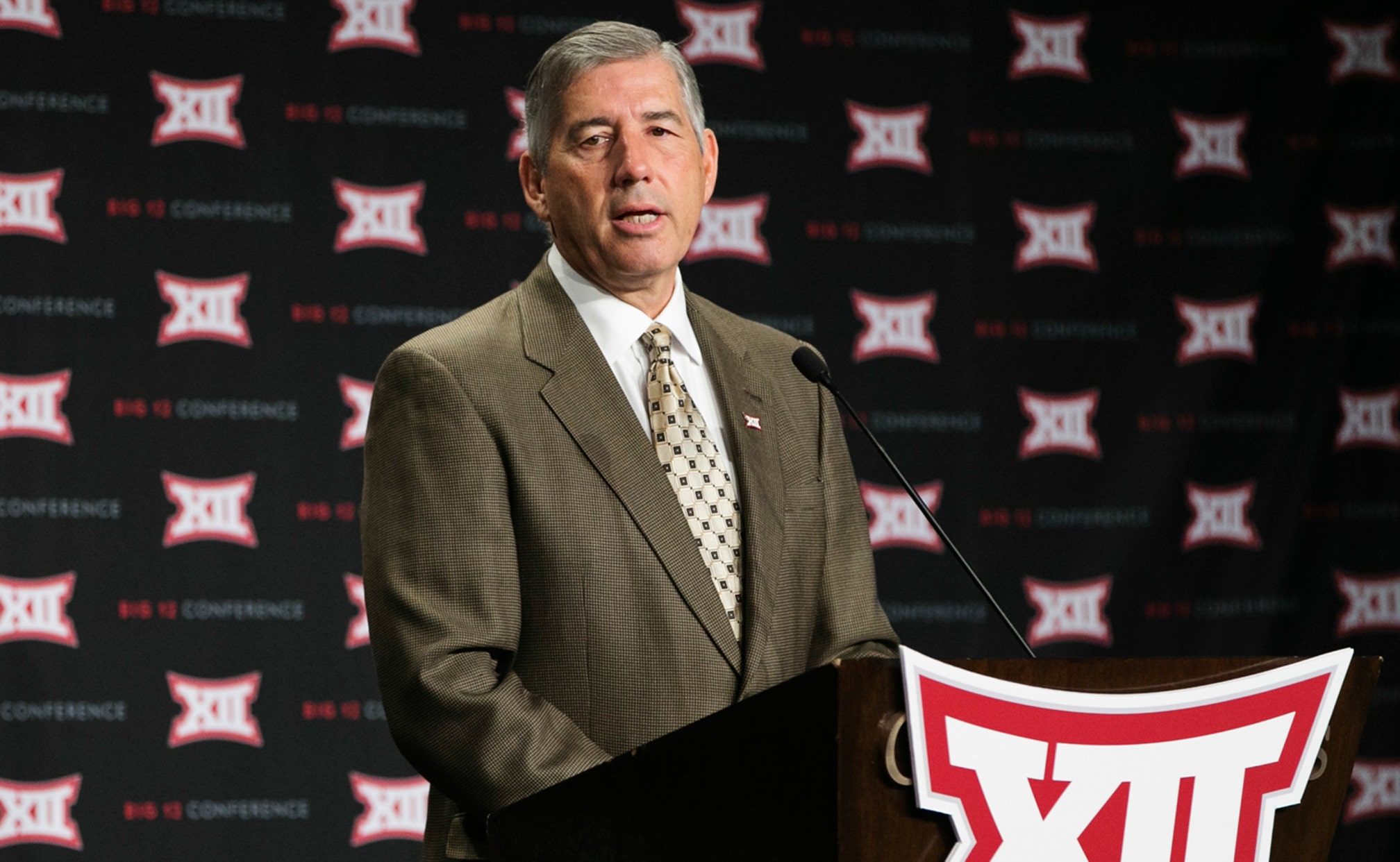 Why this is biggest week yet for new Big 12 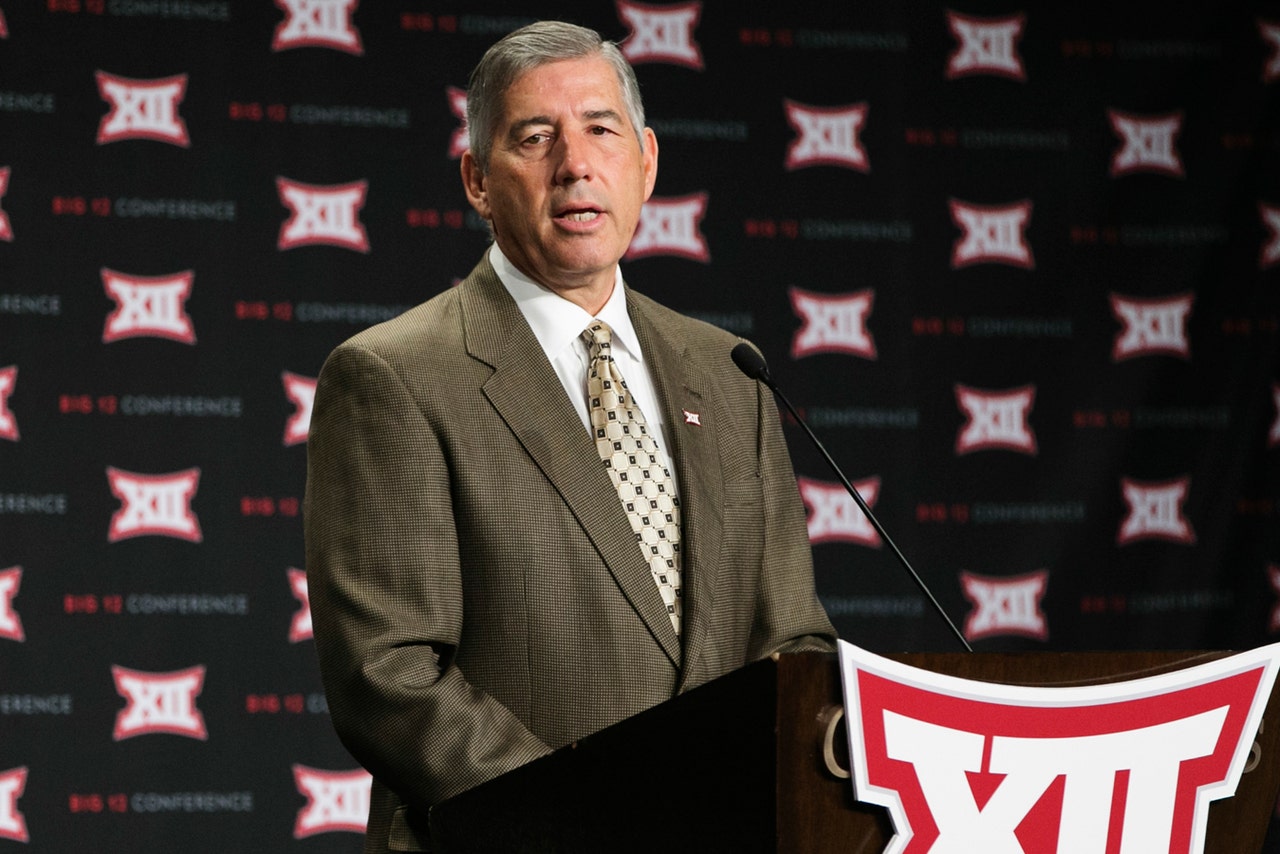 In 2011, the Big 12 welcomed TCU and West Virginia to a splintered conference in need membership replenishment.

In a span of a little more than one calendar year, four members of the league had negotiated exits to greener pastures.

In September of 2012--a year after welcoming the Frogs and Mountaineers to the fold--the conference signed a 13-year television deal worth $2.6 billion, leaving the league financially competitive with their Power 5 peers.

Since settling on new membership, the Big 12 has been home to about as much conflict as a convent.

That will change this week.

Bob Bowlsby will lead the league's annual two-day meeting with coaches and athletic directors in Phoenix and relay what selection committee chairman Jeff Long told him and his fellow commissioners at playoff meetings in Irving last week.

"All things equal, 13 data points were better than 12 data points," Bowlsby said Long told the commissioners. "What we heard is if we don't go to a championship game we're at a disadvantage."

So this week, expect debate behind closed doors in the desert.

There's legitimacy to both sides (though I fall firmly on the side of the status quo), of the issue and Bowlsby will hear them.

The Big 12's coaches most often keep quiet in terms of on-the-record comments during the annual Phoenix powwow, but with a real, debatable issue on the table this week, expect that to change. Public opinion on the prospect of a Big 12 title game is still swaying in the breeze, too.

Tuesday and Wednesday's sitdowns will be more important than just laying the groundwork for a decision on whether or not the Big 12 will have a title game.

The discussion surrounding a title game is the first impactful, possibly divisive issue the Big 12 has faced since forging its new membership and putting on a peaceful face for the rest of the country.

Revenue sharing, the location of league headquarters, and perceived favoritism--among other things--bred mistrust in the old Big 12, which splintered and lost a third of its membership from 2010 to 2011.

It didn't take much more than Big Ten announcing its plans to explore expansion to crumble the Big 12's previous foundation. Missouri and Nebraska put out feelers that further ingrained a mistrust that wasn't settled until the conference signed a grant of rights agreement in conjunction with its new TV deal in 2012.

There will be disagreements on how to handle the title game issue this week. But like any good marriage, disagreements don't need to mean divorce.

The Big 12 has come a long way from its previous divorce. Trust has never been better within the conference and no one has earned more from administrators than commissioner Bob Bowlsby, who has helped restore the foundation that was non-existent after Missouri and Texas A&M followed Nebraska and Colorado out the door.

Nothing resembling a second divorce is anywhere in sight this week, but weeks like this can lay groundwork for later issues. The task ahead of Bowlsby is monitoring and moderating the conversation and reaching a consensus.

The hard part is doing it all without fostering the kinds of resentments that laid the foundation for the Big 12's last breakup and interrupting what's been an almost entirely harmonious conference for the better part of Bowlsby's three-year tenure as commissioner.

Coincidentally, he was introduced as commissioner exactly three years ago on Monday.

We may know by the end of the week whether or not the Big 12 will go forward with the title game.

The decision itself is important, but not as important as how it's made. It won't be official this week, but the debate will begin and there are already coaches and athletic directors on both sides.

We'll learn this week how the new Big 12 resolves a difficult conflict and if it can do so while maintaining the tranquility to which it has grown accustomed.

Who will compromise? Is anyone influenced to take a new side in the debate? How much will be compromised to reach a consensus? Who will cede and who will take charge of the debate inside the room?

Who, if anyone, will leave feeling their input isn't valued?

The answers to those questions will set the tone for the future of the Big 12.