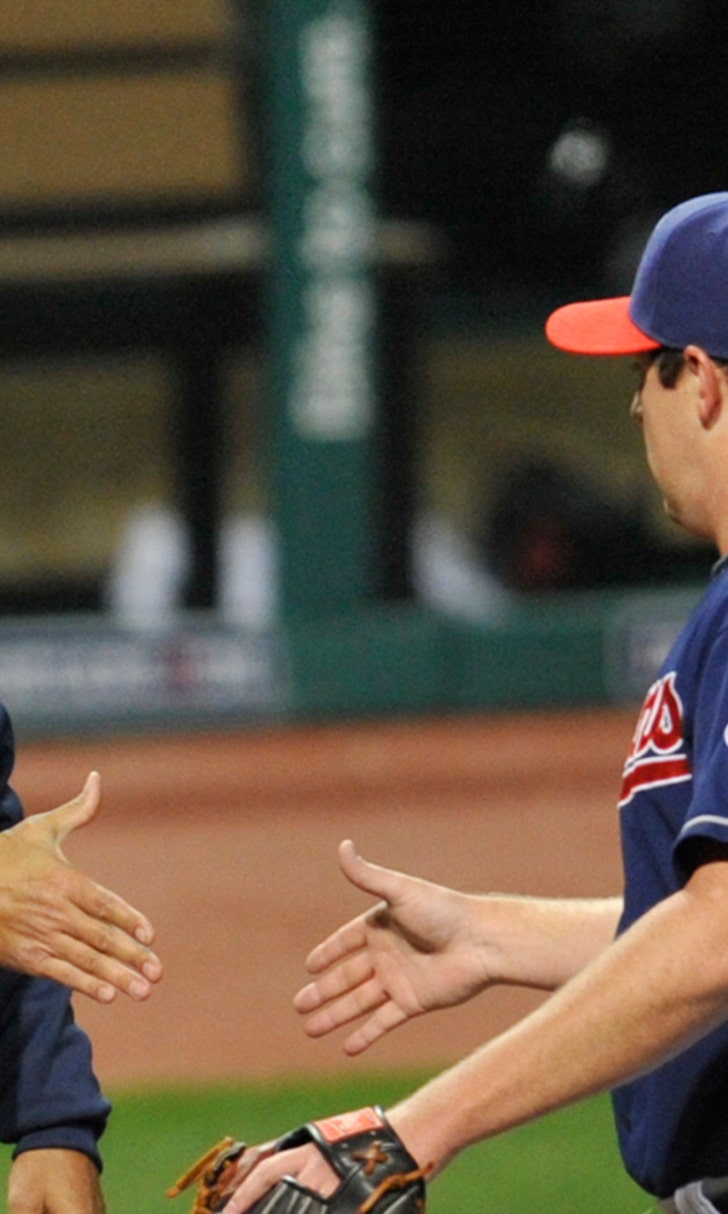 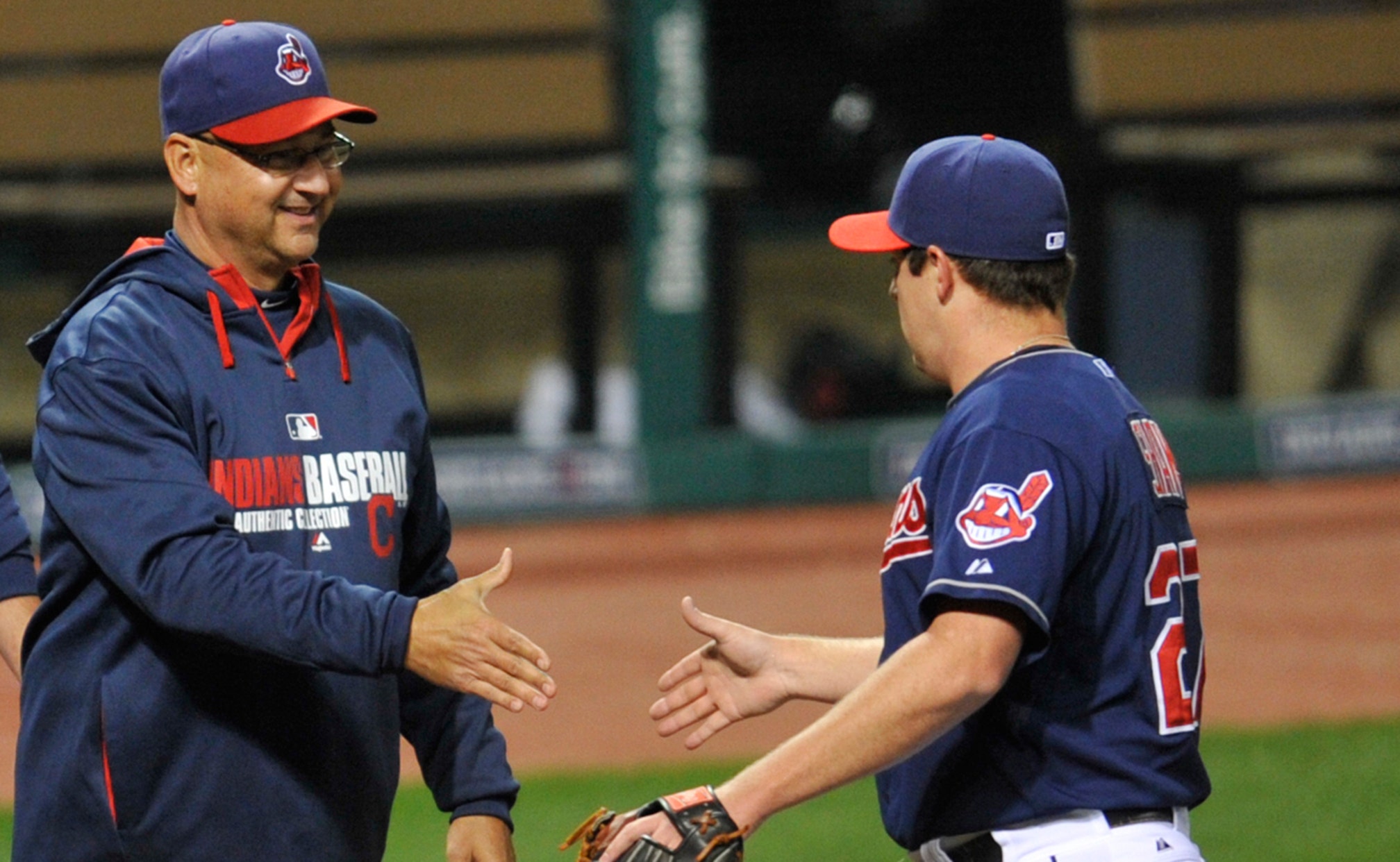 Who closes in Cleveland?

John Axford was replaced as the Indians' closer on Saturday, with manager Terry Francona initially saying that a four-man committee (Cody Allen, Bryan Shaw, Mark Rzepczynski, Scott Atchison) would replace him. On Saturday, cleveland.com reported that Allen "is expected to get most of the save chances," while noting that Francona prefers to get Axford back in the role at some point. On Sunday, all four committee members pitched. Shaw got the save, but Francona said that Allen might have come out for the ninth inning if he had faced one less batter in the eighth.

What's a fantasy owner to do? The short-term play is Allen. Axford is still the long-term preference, as Francona clearly wants him to get the job back. Maybe that won't work out, but he'll certainly get the opportunities, so if you own him, hold on for awhile. Allen (owned in 11.3 percent of FOXSports.com leagues) is the backup rest-of-season option, as he's pretty good, and it's certainly possible that Axford won't work his way back into Francona's good graces. The other guys are longshots, without much value unless you're taking an AL-only flier.

On to the rest of the news:

Chris Davis came off the DL for the Orioles on Sunday, so start him if you've got him. While the O's added Davis, they lost Matt Wieters (elbow) to the DL. Wieters hopes to be back in a few weeks, but season-ending surgery is still a possibility. When searching for Wieters' replacement, try to think long-term.

The Blue Jays have activated closer Casey Janssen from the DL, and there's nobody good standing in his way for saves. In other Jays' news, Brett Lawrie will probably see some time at second base when he returns from his hamstring injury. Lawrie should be ready today or tomorrow.

Streaming starters: Tyson Ross was really good on Friday, Jose Quintana wasn't quite good enough on Saturday, and Jon Niese was mediocre on Sunday, so we're down to 24-17 for the season. Tonight's pick is Colby Lewis (1.8 percent owned) at Houston, and Tuesday's selection is Mike Leake (15 percent owned) versus the Padres.

The Yankees placed CC Sabathia (knee) on the DL over the weekend, but expect him back right after the 15-day minimum. I'd make a joke about the Yankees having no good pitchers left, but since they're playing the Mets this week they really don't need any. Maybe Tanaka can pitch lefthanded tomorrow and be OK.

The Brewers have placed 3B Aramis Ramirez (hamstring) on the DL, and they're hoping that Ryan Braun (oblique) will be ready to come off the DL to take Ramirez's roster spot on Tuesday. Braun took batting practice on Sunday, and all went well. Mark Reynolds figures to play plenty of third base in Ramirez's absence, with Lyle Overbay handling duties at first base.

White Sox ace Chris Sale appears to be targeting a return for next weekend (May 22-25) against the Yankees.

Mets manager Terry Collins said Sunday that Jeurys Familia is "close" to getting a chance at being the team's closer. Familia throws gas, and if he's finally figured out how to throw enough of that gas over the plate, he could help you. I speculated on Familia in a dynasty league draft this season, and if you're in saves-gambling mode, he's an interesting option.

Giants 1B Brandon Belt will have surgery on Tuesday to fix his broken thumb, and he's expected to miss six weeks. Look for Michael Morse to be the regular first baseman while Belt is out, with Gregor Blanco and Tyler Colvin (both lefthanded batters) sharing time in left field. I like Blanco's speed, but until we see him playing regularly, he's probably not worth your time in any mixed leagues.

The Rangers will probably lose SP Martin Perez to the DL with elbow inflammation, and have pushed Yu Darvish's next start to Friday after he threw 126 pitches in a no-hitter attempt last Friday.

With Adam LaRoche (quad) on the DL, the Nationals will use a combo of Tyler Moore and Kevin Frandsen at first base.

The A's sent SP Dan Straily to the minors on Friday, with Drew Pomeranz taking his rotation slot. I'm starting to think that spending a combined $46 on Straily and Nate Jones in my AL keeper league auction was a bad idea.