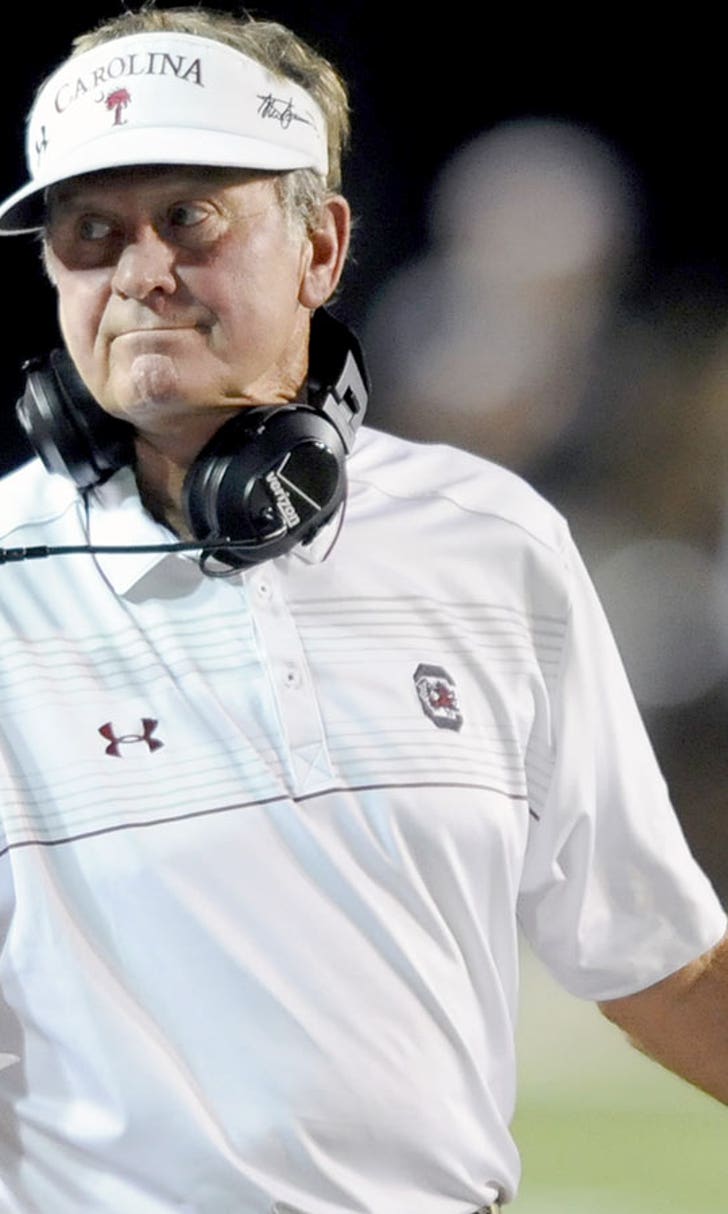 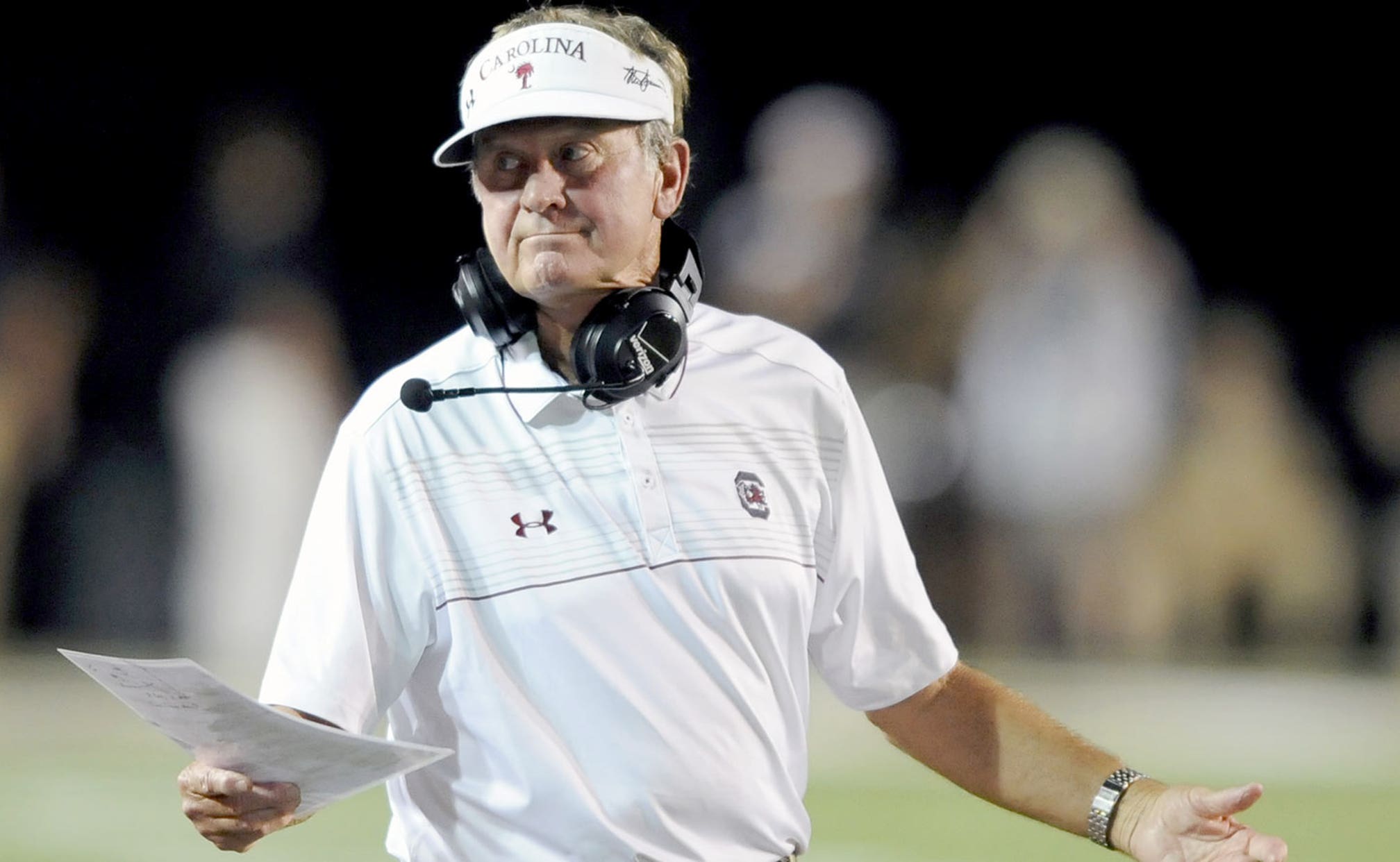 I can already feel the seasons changing...well not really out here in the desert where it's still close to triple digits but you get the gist.  September was a relatively mundane month for college football, only offering a smattering of pivotal games that changed our perception of the entire landscape.  Thankfully the final weekend of non-conference clunkers is largely behind us, leaving a fair share of winners and losers in its wake after a third of the season is in the books.  Rest assured SEC fans there's a new entrant in the Vegas top 10 this week as promised while 1 fixture dropped out entirely even after picking up a conference win.  Before we get to that and put another top 10 team on upset alert, here are my major takeaways from the week that was in college football.

UCLA's Big Play Potential: The Bruins were that team, lying in the weeds waiting for an opportunity to announce their presence on the national scene with a complete effort. Well wait no longer, it came on Thursday night in a drubbing of the Arizona St Sun Devils.  UCLA "only" picked up 19 first downs but amassed 580 yards of total offense, scored 62 points, and had 4 touchdowns that covered over 80 yards in a single play.

Northwestern's Trip to Happy Valley: From a wallflower with losses against California and Northern Illinois out of the gates to Big Ten party crasher.  Pat Fitzgerald's Wildcats knocked Penn St, the lone undefeated team in the conference, from the ranks of the unbeaten.  NU did it with defense, holding PSU to 266 yards of offense only allowing them to complete 3 of 17 3rd down conversions.

Sparty's Offense: I'm not sure if it's a byproduct of their opposition or real firepower but Michigan St hung another massive number on a FBS opponent. Wyoming is no behemoth but confidence on the offensive side has to be at an all time high for Sparty heading into their weekend tilt with Nebraska.

Tennessee's Tenacity: The Vols showed me a lot, going down to Athens and battling to the bitter end as 17 point dogs. For a young team, Tennessee has already come a long way in just the month of September. While I'm ready to buy stock in this team long term I think a win this weekend at home vs Florida is a must if they're to prove a corner has truly been turned.

Texas A&M's Comeback: I've been ultra critical of this football team since the accolades heaped on them early in the season after dismantling South Carolina.  All of a sudden that win over USC doesn't look as good.  However I was impressed this past Saturday when the Aggies scored the final 21 points against Arkansas to win a hotly contested game in OT on a neutral field

California's Turnaround: I don't think there's a more improved team in the country to start the season than the Cal Bears. A week after relinquishing a commanding lead late against Arizona, Cal erased a 14 point halftime deficit to squeak out a 59-56 OT win against Colorado. The win itself wasn't a thing of beauty but lesser teams would have turned their Wildcat hangover into another loss. Instead Cal found a way to rebound with a nice outright win (they never sniffed a cover).

Air Force's Defense: Never again will this unit be mentioned here so mark down this column to save for posterity. The Propellerheads forced 7, yes 7, Bronco turnovers en route to a 28-14 win over Boise. AFA broke a 9 game losing skid against conference foes against the unlikeliest of opponents, which deserves full marks.

Utah's Second Half: A commanding 24-7 lead evaporated in the 2nd half at the hands of a Washington State Cougar comeback. Utah won the turnover battle but was substantially outgained by the visitors. The worst part was the Utes couldn't put together a drive that covered more than 30 yards in the game's final 2 quarters

Memphis backers: The Tigers appeared destined to get an easy cover until being outscored 17-0 in the 4th quarter.  To Ole Miss' credit the 7-3 score line headed into the final stanza was a bit misleading considering Paxton Lynch and Memphis' offense barely gained 100 yards for the entire game.

South Carolina: Can you say season ending loss? The Gamecocks dropped a heartbreaker to the Tigers surrendering 2 touchdowns in the final 6:49 of regulation. Missouri hadn't done much of anything moving the ball until the very end, eventually capping their comeback effort on a 4th down conversion from the 1 with only 1:36 remaining.  Somehow the Tigers were still in the game despite Maty Mauk completing only 12 passes in his 34 attempts on the evening.

Charlie Weis: A week after notching a win against CMU, the Jayhawks were back to their old tricks, getting shut out against Texas.  Charlie Weis...SEE YA getting fired again from a college football reclamation project he just couldn't handle.

Michigan's Program: From the onfield performances to the way the school handled Shane Morris' concussion it's really became an ugly week for UM football. Just a hunch, but I have a distinct feeling this won't be the last time we see the Wolverines appear in the loser category of this column.

The best part about my weekly top 10 is that I get to make the rules... Unlike the AP or Coaches poll schools aren't guaranteed a spot in my rankings just because they won. Being considered elite is about much more than just squeaking by inferior opponents. This week UGA falls out of my top 10, failing to impress yet again. Their resume also took a hit given South Carolina's increased struggles. Texas A&M makes a debut after an impressive 2nd half comeback against one of the more underrated teams in America, the Arkansas Razorbacks.  FSU continues to sit atop the poll until proven otherwise (although a Bama win at Ole Miss could supplant them this week) while Oklahoma leap-frogged Baylor despite having the week off. The teams on the cusp who could find themselves right in the thick of things with big wins this week are Ole Miss, Mississippi St, and Notre Dame.

Look at me, changing my tune on the same Bruins side I heaped praise on earlier in the column after their dominating win in Tempe last Thursday. This is a tough spot for Jim Mora's team, the very definition of a sandwich coming off the ASU victory with Oregon looming a week from Saturday. Utah pushed UCLA to the brink last year in Salt Lake City until they were done in by a boatload of self-inflicted wounds. There's athleticism on both sides of the ball for the Utes and if they can wipe themselves up off the deck after the Washington St meltdown from last week, they could upset the apple cart in the Pac 12. I should mention that there are 4 or 5 teams in the top 10 capable of tumbling this week making this Saturday the first real pivot point of the young season.