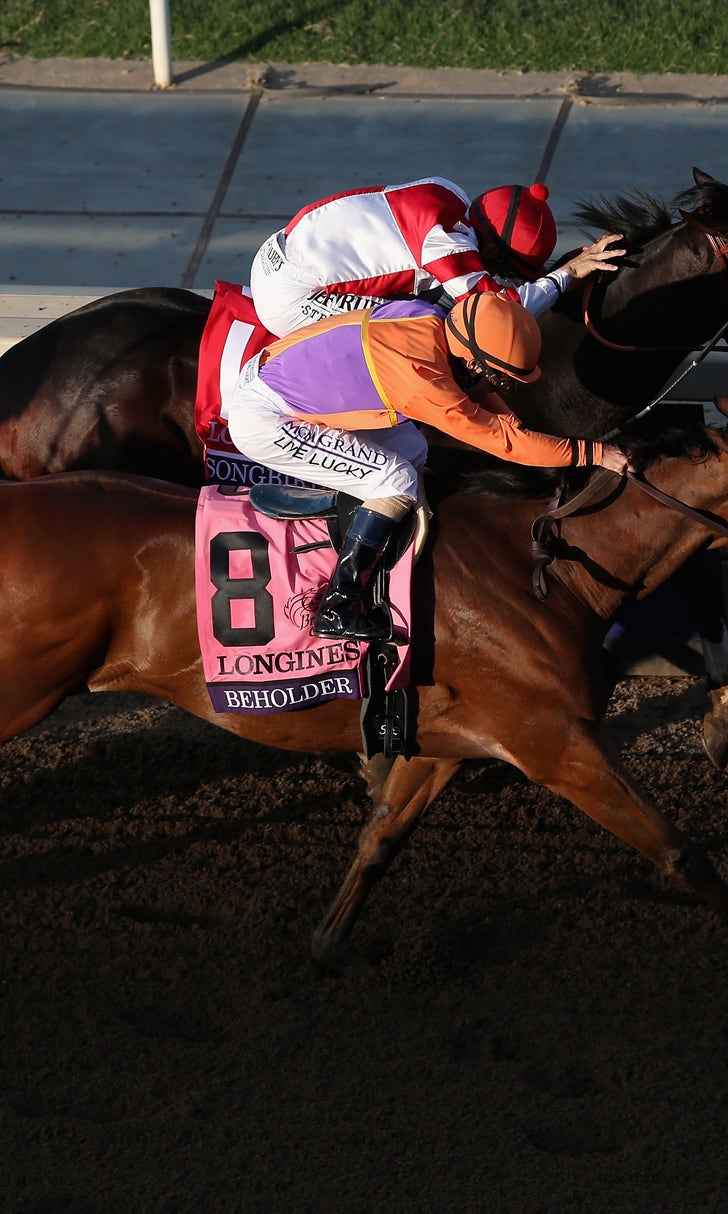 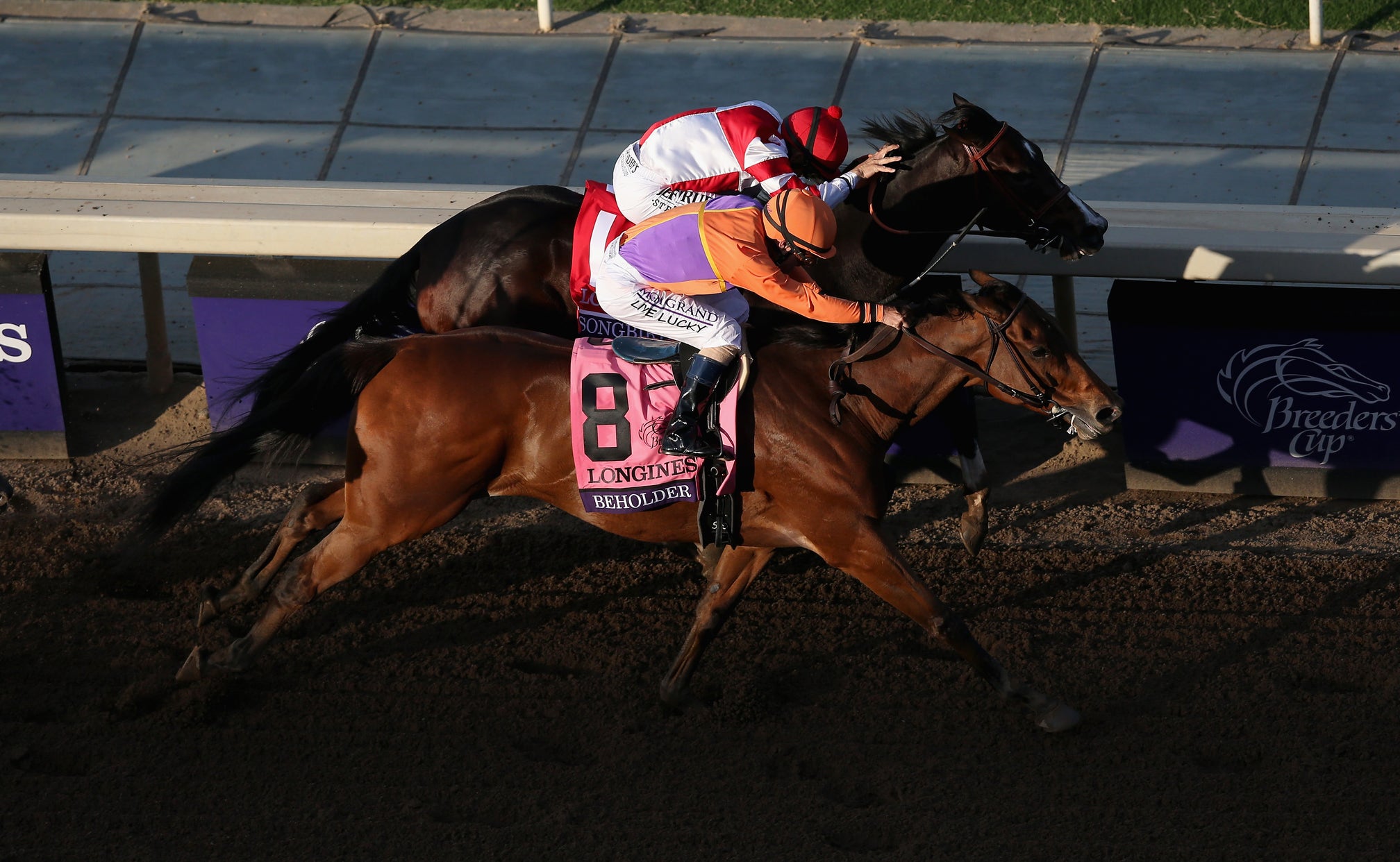 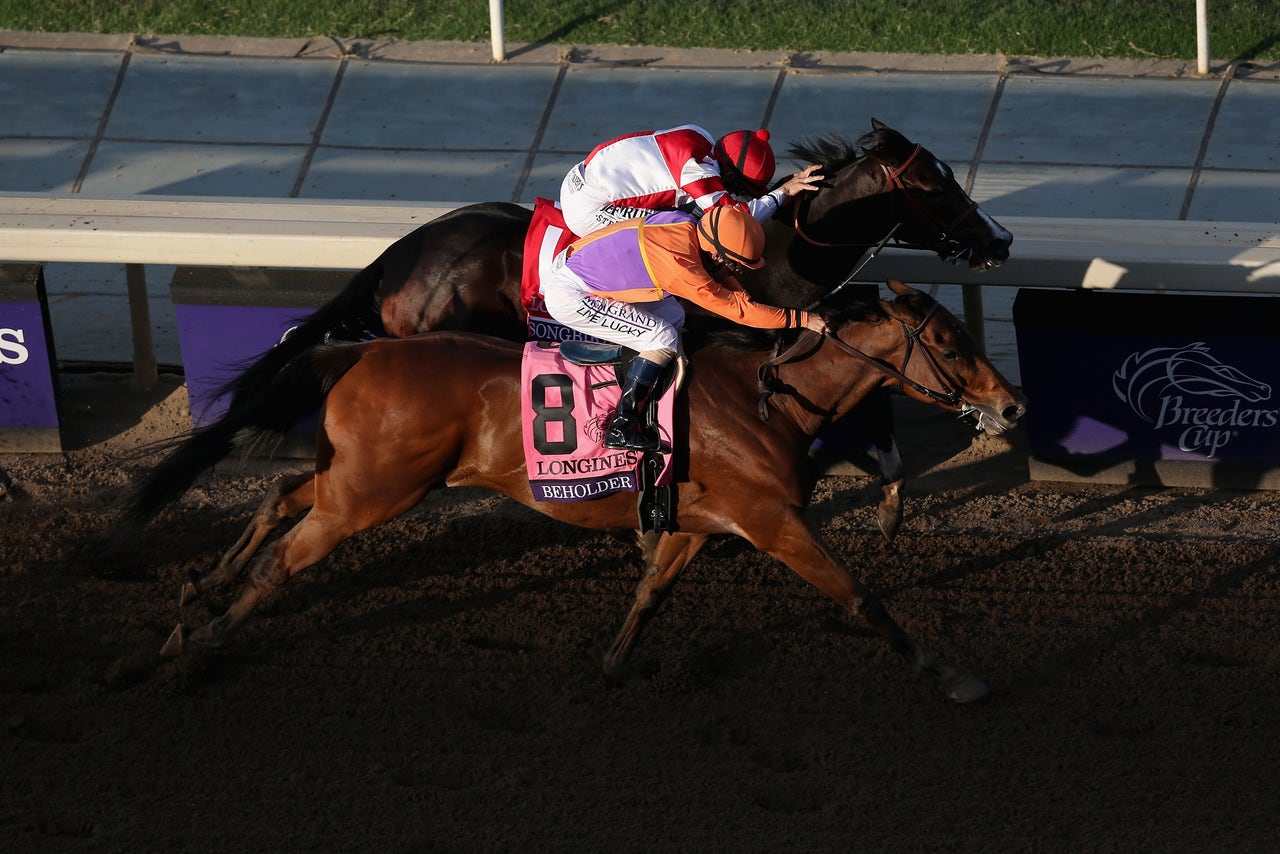 What a way to finish an incredible career.

Beholder, under Gary Stevens, completed her remarkable career with a victory over previously undefeated Songbird in the Breeders' Cup Distaff at Santa Anita on Friday.

The 6-year-old mare was able to get her nose in front of her younger rival at the wire of the $2 million race after a stirring stretch duel.

Watch these titans battle it out:

And after the victory, the great mare took to social media to thank her fans:

How's that for a #PhotoFinish!? #Beholder noses out Songbird to WIN the #BC16 @LonginesEq Distaff! pic.twitter.com/bZq5egqEGM

Beholder hanging out back at Richard Mandella's barn after her third Breeders' Cup victory. pic.twitter.com/KO2c9HQ8fs

wow, congratulations @Beholder_Mare!! what a race, just wasn't my day but next time ;) #BeastFilly