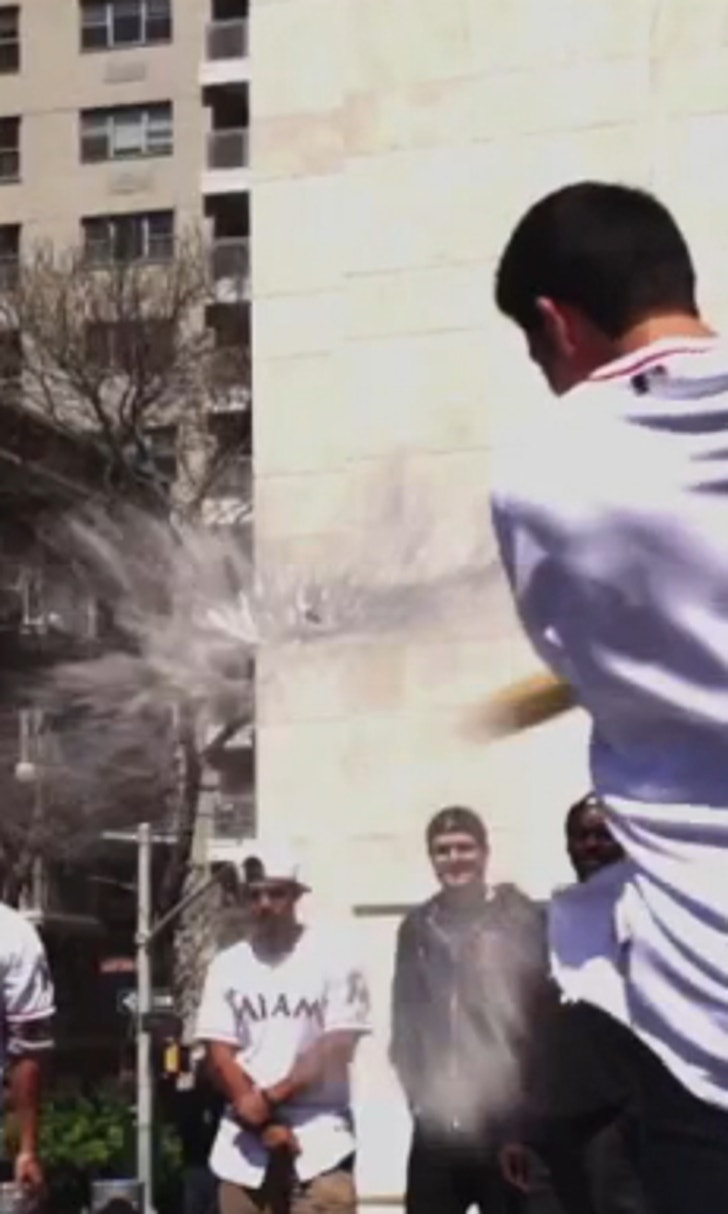 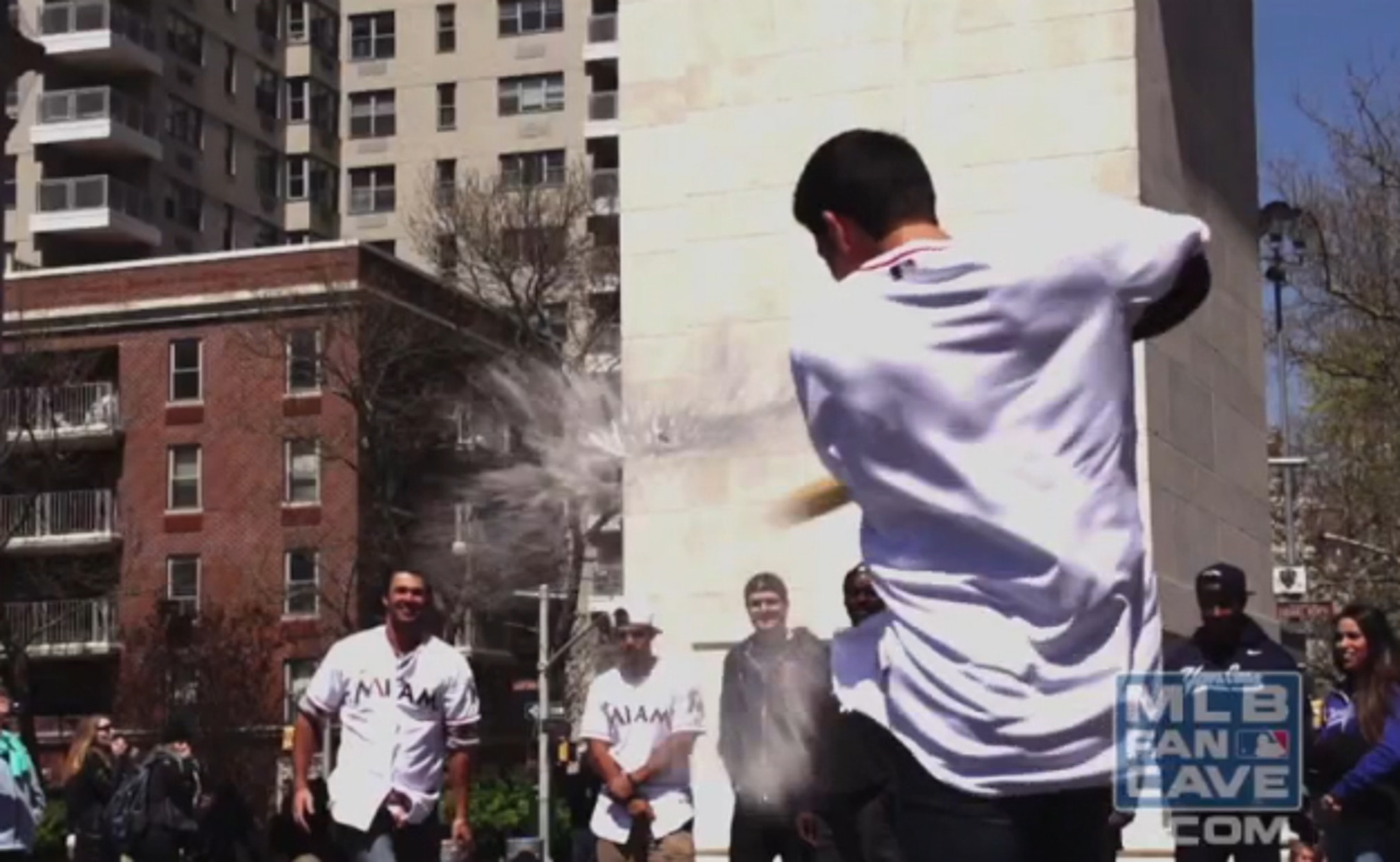 How hard can hitting and getting hit by a water balloon be?

"I've been practicing my entire life for this moment," Yelich said in the clip. "Just a little kid hitting water balloons."

Jones and Yelich took turns tossing balloons to each other, even barreling up a few of them that the video showcased in slow motion.

They then threw to onlookers at Washington Square as well as the Fan Cave dwellers, including Marlins fan Cesar Pichardo.

Yelich hit Pichardo before his fellow dwellers bombarded him with an onslaught of balloons. Jones teasingly taunted them, and got nailed in the process.

Added Yelich: "I'd like to see (Giancarlo) Stanton hit a few of these."